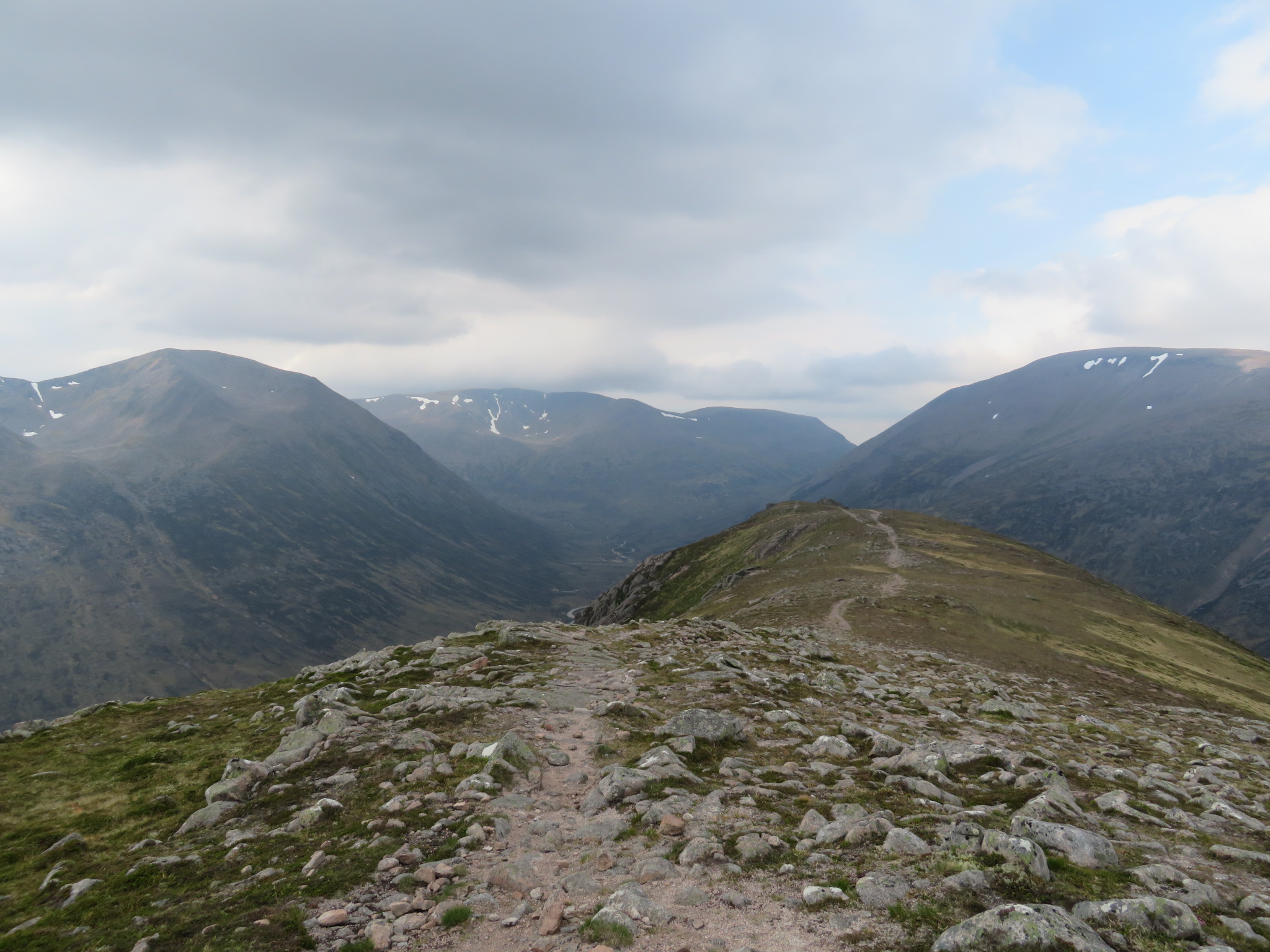 The Cairngorms, the heart of Scotland’s Highlands, contain some of Britain’s – and the world’s – best walking, and five of Scotland’s six highest peaks (four of the UK’s five). We really believe that no walker’s life is complete without having surveyed the Cairngorms from one of its great peaks, trudged one of its delicious old hill tracks and explored one of its magical glens.

Scotland’s epicentral mountains are a huge, roadless, protected area teeming with precious wildlife. The main plateau, to the west of the area, separates Speyside from the Dee and Don valleys (themselves separated by the Ben a Bhuird and Ben Avon massif) which wind gloriously to the sea at Aberdeen, and the Avon, which turns north. The high country often consists of arctic moorland and even tundra, unique in Britain, which is known on the western massif as the Great Moss. South of the Dee at Balmoral is the Lochnagar massif, which, while out on its own a bit, is very much Cairngorms in character.

The lower river valleys are often forested, the glens dotted with the remains of the  beautiful, open ancient Caledonian forest, Scots pines interspersed with birch and rowan and carpeted with heather. The hillsides are (of course) clothed in trademark heather, the high ground is sub-arctic tundra. Wildlife includes eagles, ptarmigan, deer, otters and mountain hares.

The scenery is almost painfully beautiful: grand crags and purple hillsides above glens and lakes. That said, it is moody, changeable landscape, and it can be forbidding on a dark day. This applies especially to the Lairig Ghru and Upper Dee Valley and the huge masses around them. It is arguably at its loveliest on a changeable, showery day. It is magnificent on a bright snowy day, but can be deadly at this time of year.

These are ancient granite mountains, the geological siblings of America’s Appalachians and the mountains of Norway. They look from a distance like what they are, a great eroded plateau, and you can imagine them ground under a vast icecap rather than gouged by Alpine or Himalayan rivers. While so eroded that they are small by world standards (few over 4,000 ft), you can reach all(?) significant summits, in a way that is unavailable in younger, higher, sheerer ranges. So you get huge views you won’t have to die for, and the satisfaction of having bagged a Munro, the mountains over 3,000 ft which people can spend a lifetime collecting (there are at least 25 of them in the Cairngorms, including the Lochnagar massif). And the scenery somehow combines wild with unexpectedly mellow – well, on a good day, anyway.

The Cairngorm ski area is a bit of a spoiler of parts of the central massif around Cairn Gorm itself, but you can escape it reasonably easily. There is a railway to near Cairngorm summit, but you can’t walk from it, which is probably a good idea.

As an indication of the variety to be had, the excellent Cicerone contains more than 100 walks. Just look at any map and you will be able to create your own menu: there are fantastic works to be had everywhere.

There aren’t any formalized long-distance tracks crossing the Cairngorms, but there are plenty to be created, including a trudge through the looming Lairig Ghru and a bag of a neighbouring peak or two. Or walk north-south via the Lairig Ghu and Upper Dee valleys; or via the Garbh Allt or Glen Avon to grand, lonely Loch Avon, and on south via Glen Derry. Or, for the really experienced, make a high-level traverse.

While not strictly a multi-dayer, the Cairngorms 4000, a circuit of all four peaks over… er… 4,000ft is the ultimate challenge.

You can now roam and wild camp almost anywhere, although this must be done responsibly. Beware stalking (mid-August to 20 October). Bothies (basic huts) are free and unlocked, but you cannot assume there will be space in them, although getting there early helps! The most relevant are the Corrour in the upper Dee/Lairig Ghru, the Bob Scott Memorial Hut near Derry Lodge and Faindouran in Glen Avon. If you use them, consider joining or donating to the excellent www.mountainbothies.org.uk.

The remotest, and some would argue the finest, area of the whole Cairngorms is around Loch Avon (and Loch Etchachan), from which you can tackle both Cairn Gorm and Ben Macdui. The famous Shelter Stone (actually a huge rock) has space for five walkers under it. A walk in and night in this special area, followed by a peak assault, is arguably the Cairngorms ultimate.

There is only one roadhead near the central massif, so, for most walkers, many of the highest peaks are most realistically accessible as day walks (but long ones) from Speyside, often from the ski centre above Loch Morlich, although some high peaks can be climbed from Deeside in a long day – e.g. Ben Macdui, a 27km, 13hr round trip from the Linn of Dee. I.e., some are only day walks for the very fit and committed. Or you can tramp in with a tent from Dee or Don side, or indeed mountain bike in to Derry Lodge or further, cutting out long approach and exit walks.

Once again, you have a huge selection to choose from:

Scotland’s ancient hill tracks – many of them drovers’ roads, along which cattle would be driven to the markets of the lowlands – provide outstanding walking, often over long distances. This can require to-ing and fro-ing, although you can create marvellous circuits – for a day or longer – with combinations of tracks. Some of these are old military roads, built in the mid 1700s to enable the rapid deployment of troops to keep the unruly highlanders in their place.

Some of the best, in the heart of the high range, are:

Wonderful tracks from Deeside south across the Grampians to the southern glens and then the lowlands include:

Scottish Hill Tracks, published by The Scottish Rights of Way and Access Society (ScotWays) gives excellent information on these trails, and is a must-buy, and can be got from ScotWays as well as bookshops. There is a brilliant leaflet “Hill Tracks in the Cairngorms National Park”, also published by Scotways and findable in Information Centres.

Almost every glen is a gem, every hill top a highlight: you need do no more than have a good study of the map to find a fabulous walk (as we did with, for instance, the Gellaig Ridge), often improbably empty of humankind. There are numerous lakes and oddities to check out, too.

Warning: This can be demanding walking in remote mountains with uncertain weather. It can be very dangerous on the sub-Arctic higher ground in bad weather, as the bigger mountains have great cliffs and crags on their flanks and it is easy to get lost (and freeze or fall) on the featureless high plateau if cloud/mist descend. Come fully prepared, including to descend quickly if the weather deteriorates.

We have to add a word for the visitors’ centres at some of the more popular places such as Loch Muick and Burn O’Vat. These are masterclasses in well-presented and fascinating information, interesting for grown-ups and children alike, with very helpful leaflets and books available. And, while care for the environment is at the heart of everything, they aren’t tediously right-on either. 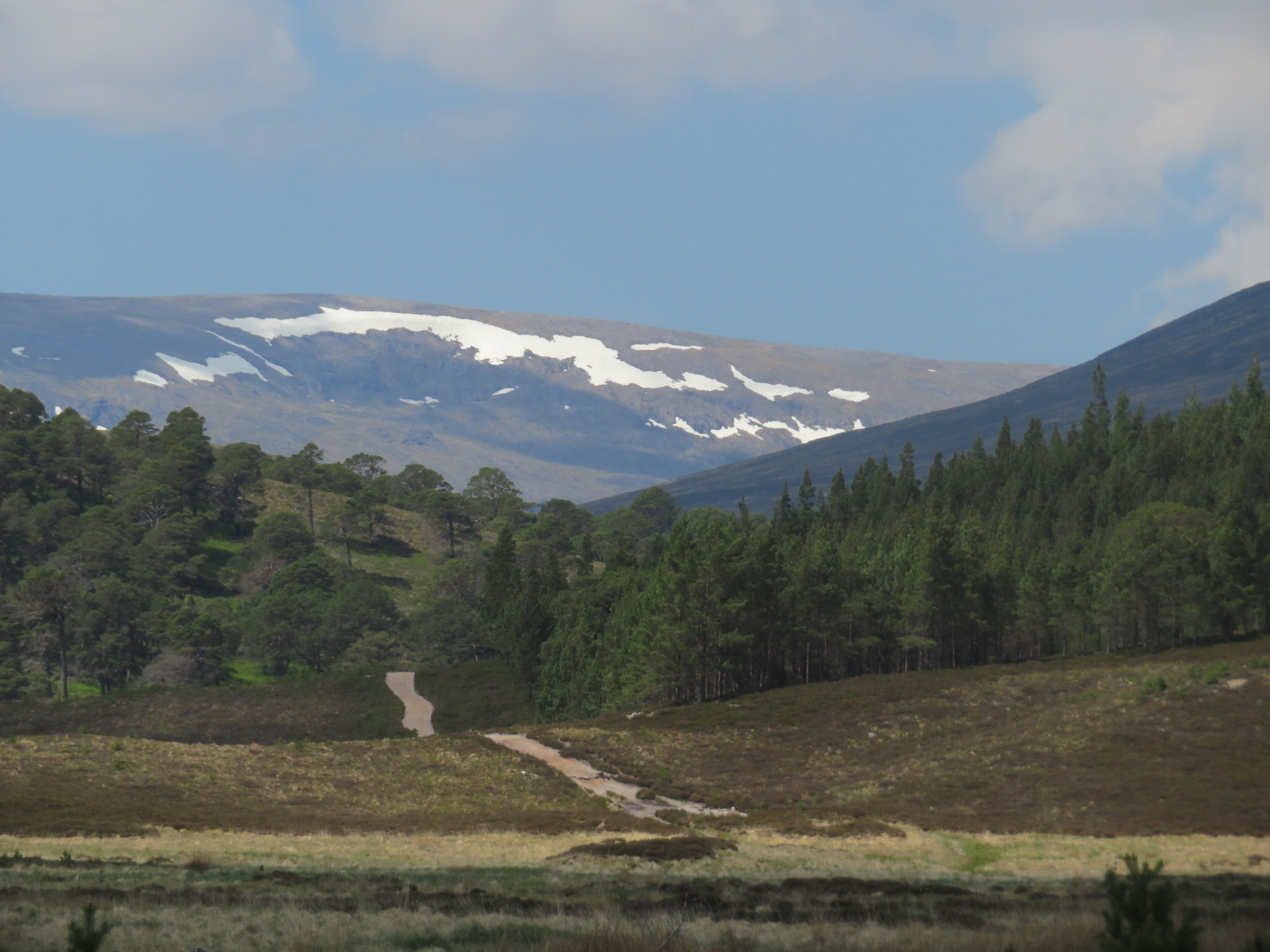 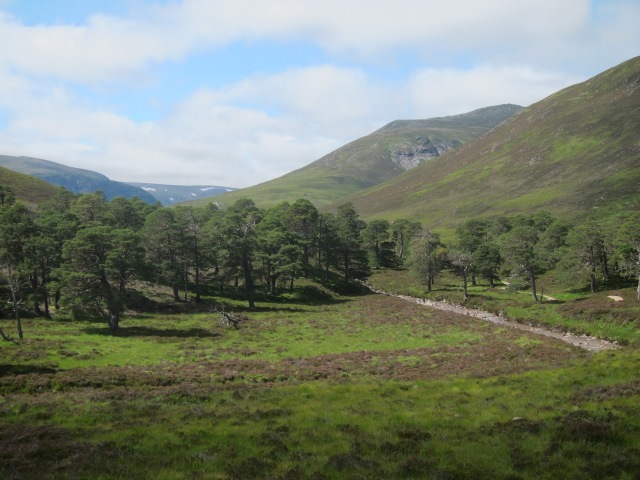 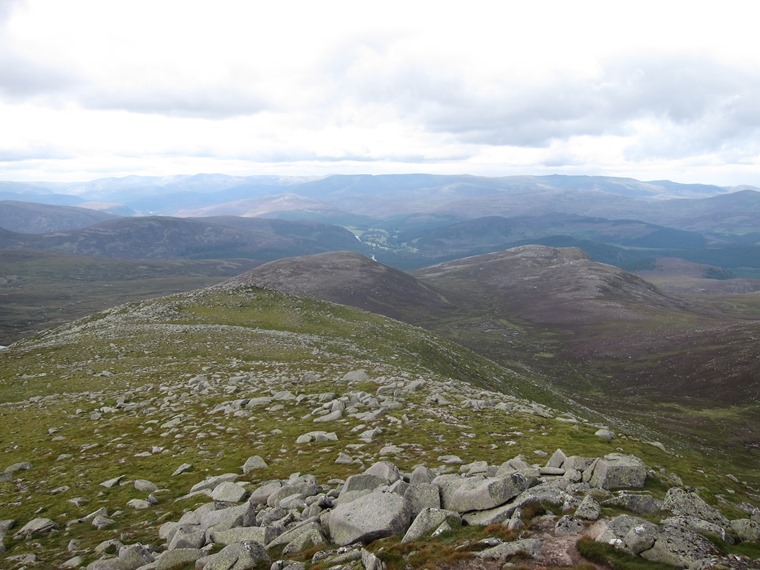