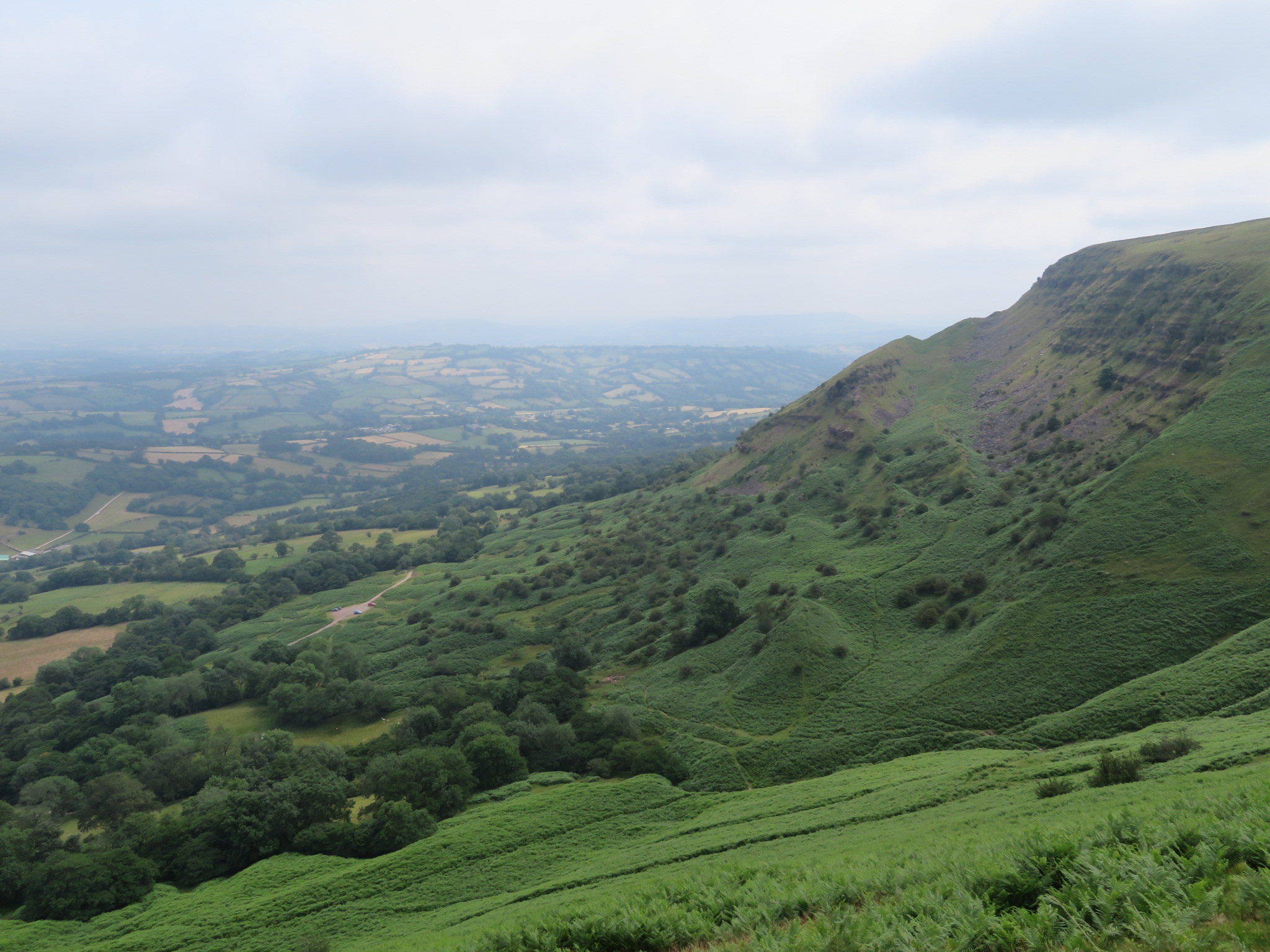 The beautiful long-running ridges and lush hidden valleys of Wales’ Black Mountains make perfect walking country. Although within the Brecon Beacons NP, they are separated from their bigger, sometimes bleaker, cousins by the cleft of the Usk Valley, and have their own identity. They are a lovely introduction to Wild Wales, a prelude to their more demanding western neighbours – but with bucket-loads of charm in their own right.

The mountains’ defining feature is their long, mainly north-south ridges leading up to the dramatic northern escarpment overlooking Hay-on-Wye: rough moorland of heather, bilberries and grass on top, with sheep-cropped grass, bracken and woodland on their often very steep flanks; between the lie delicious little valleys of farmland, hamlet and the odd special place like Llanthony Priory. You will see birds of prey, a lot of sheep and groups of nearly-wild Welsh mountain ponies.

The mountains are ancient, composed of old red sandstone from the Devonian period, which explains their flatness frequent lines of smallish crags.

You will be missing out not to grunt up to one of these ridges and walking a circuit of your devising – there are endless paths to choose from, and you can create anything from a short scramble to a valley or ridge ramble to a long ridgetop circuit.

Walkopedia’s favourite walking here has to be this fantastic 11 or so mile ridge from the ancient hill fort above Pandy to Hay Bluff above Hay on Wye, particularly when as part of a circuit with Black Hill Ridge. This is the easternmost ridge of the Black Mountains and accordingly has huge views across the green beauties of western England, as well as westward over the beautiful Vale of Ewyas to the central ridges. This is both the England-Wales border and possibly the finest stretch of Offa’s Dyke Path. You could walk the entire ridge in a longish but not difficult day, or create one of numerous available circuits, including with Black Hill Ridge.

The three other main ridges of the central Black Mountains are, compared with famous and much-walked Hatterall Ridge, lonely and quiet places even though they contain the area's highest summits. You can approach them from a number of directions, and can create all sorts of interesting walks and indeed circuits.

A long and exciting horseshoe around the two western ridges can be created, starting from the deep Grwyne Fechan Valley between them. If you are feeling really energetic, this could be a 26 km circuit from Llanbedr, starting with a climb to Crug Hywel and then walking along the western ridge to Pen Allt-Mawr (719m), on round to Waun Fach (811m), the highest peak in the Black Mountains, at the northern junction of the ridges; then turning south to walk back down the second-western ridge across Pen Y Gadar Fawr (800m) and then gradually descending to eventually drop back to Llanbedr.

You can create shorter versions of this circuit by starting higher up the valley: there are plenty of paths onto both ridges.

811m Waun Fach is some people’s choice for a straight linear climb, with particularly good approaches from the West and North. Lying inside a fairly level range means its views are a bit constricted (except to its north-west), compared to some other tops, but it is a fine climb. It can be incorporated into an excellent north-south ridge walk including Pen y Gader Fawr to its south, ie half the horseshoe, although you will need to work out transport at each end.

The dramatic northern escarpment, overlooking the Wye valley, also makes for thrilling walking, and you can slog up onto it at various places between Castell Dinas, south of Talgarth in the west and the landmark of Lord Hereford’s Knob (and indeed Hay Bluff in the far north-east) to make circuits or there-and-backs.

A favourite here is dramatic (but popular) Hay Bluff, the north-eastern bastion of the range, which you can approach in various ways.

Another beauty, and representative of the varied delights to be found, is between the extraordinarily positioned (and very ruined) hilltop ruined castle of Castell Dinas and the Rhiangoll valley in the north-west, which Walkopedia created for itself for the map. Above it is the long and inviting Y Grib ridge.

Mynedd Llangorse: a really lovely long ridge to the west of the main mountains, with various access paths enabling a variety of circuits to be created.

Sugarloaf: This popular and relatively easy hill near Abergwyngregyn has a very distinctive shape, long steady slopes meeting at a sharp narrow ridge which looks like a volcanic cone end-on. It can be seen from miles around. In spite of its popularity, this is a beautiful walk, with wide all-round views.

Crug Hywel: this hill north of Crickhowell is also called Table Mountain because of its unlikely flat top, and boasts its own well-preserved Iron Age hill fort. It is a hugely atmospheric spot.

Skirrid Fawr: this slightly peculiar (even slightly weird) narrow, flat-topped and steep-sided ridge-hill north east of Abergavenny stands clear to the south-west of the Black Mountains and commands gorgeous all all-round views on a clear day.

The slightly curious Hay-on-Wye, which is known both for hosting the famous annual literary festival and for its tongue-in-cheek declaration as an independent kingdom in 1977, accesses the grand northern stretches of the Black Mountains, with their superb views out over Wye valley to the north.

A good sign that the Black Mountains are off the beaten track: Tripadvisor didn’t have any answers to a “Black Mountains” destination search in 2011!

Expect unpredictable weather: this is one of the wetter bits of the UK! 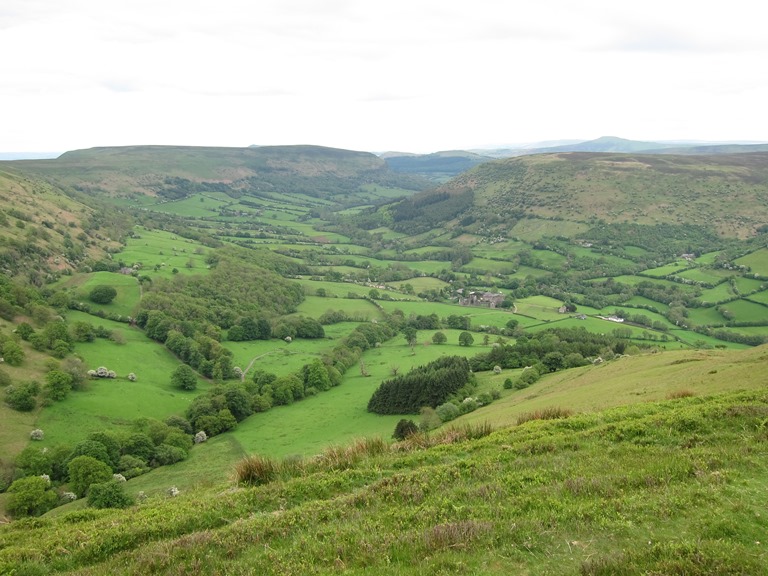 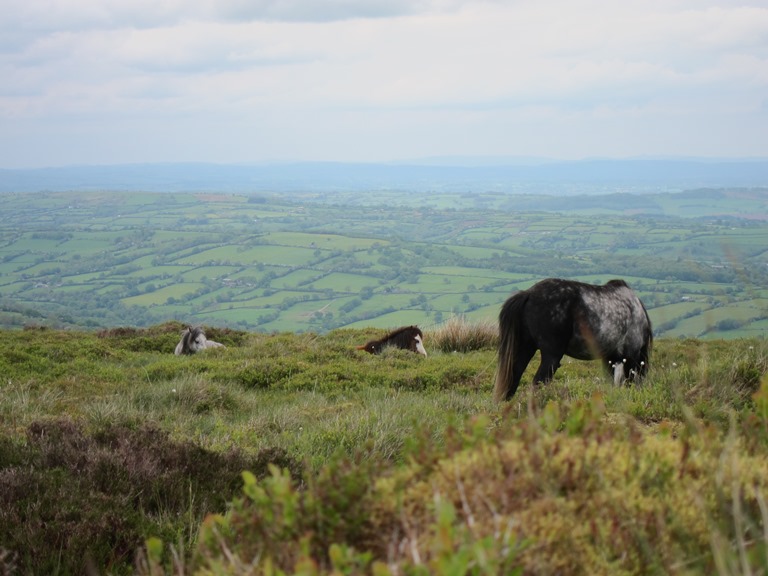 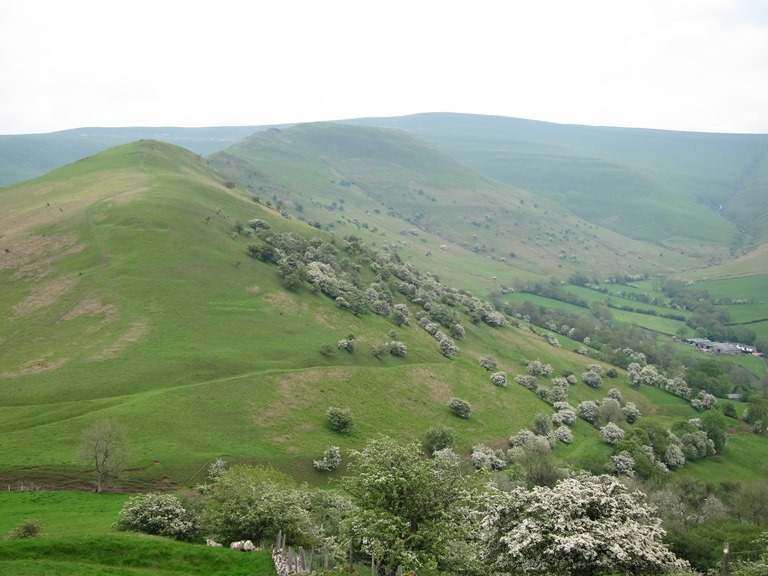