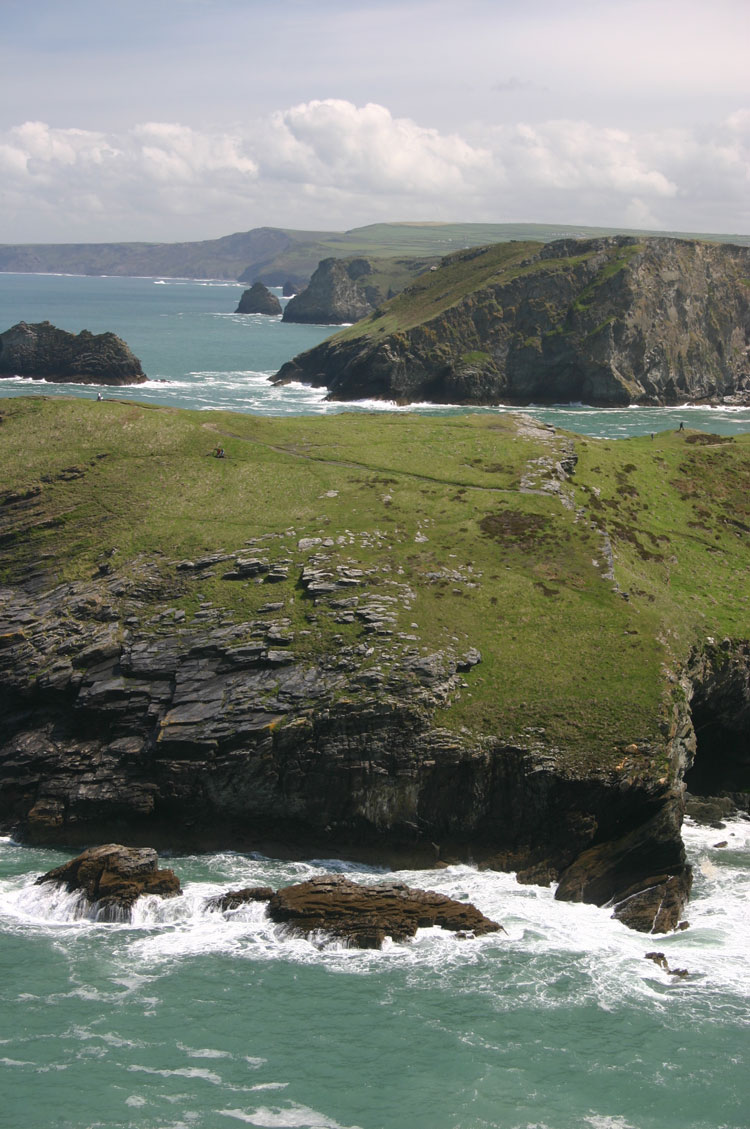 Many think this trail has everything - the exceptional beauty of the scenery; the long and rich history of the area, which has left a huge variety or remains and monuments, from (supposedly King Arthur's) Tintagel to tin mines to iron age forts; the lovely villages and towns, the wealth of animal life and vegetation. And delightful places to stay.

Most people choose sections to walk, and take off for anything from a weekend to a fortnight - and some do tackle the entire trail! One of its joys is the ease with which you can select preferred sections; there are many circular walks, and inns, hostels, campsites along the route and firms to take your bags to your next destination.

The appeal of the path is far from restricted to the beauty of the wild northern coast or of the softer, heavily inletted south-west, and to the east chalky-downy, southern coast. The path is a geologist’s dream, passing through the Jurassic Coast World Heritage Site, where discoveries were made that led to revolutionary theories about the Earth’s development, as well as a cornucopia of varied wildlife (seals, dolphins, endless birdlife) and ravishing wild flowers.

The path is in many places not a recent creation: the endemic smuggling of the 18thand 19thCenturies resulted in a coast guard service patrolling the coast nightly, and necessarily hugging the cliff tops so as to be able to check the many remote coves and beaches.

Parts of the coast can become horrendously crowded in high summer. The best times of year are May and June, when the wildflowers are at their heart melting best and the days are long, and September. But be prepared for bad weather at any time. Autumn and winter walks can be thrilling – and alone.

It is as impracticable to try to describe the whole of the path, and it is unlikely that you will walk it all, so here are some of the best sections – and some of our personal favourites. (The guidebooks (Trailblazer in particular) make good suggestions for day, weekend and longer walks).

One of the finest stretches is the Jurassic Coast, not only geologically world famous but gorgeous to boot.

Have a look at TripAdvisor – there are tens of millions of reviews, so you may get good, current views on the area.

This page is at an early stage of development. Please HELP US by making suggestions and sending photos! THANK YOU!

From the dreary nearby car park, you suddenly  find yourself across a cove from Tintagel Castle, on its almost-island, as magical as its reputation leads you to expect, indeed so magnificent that it survives having the horrendous Camelot Hotel and Tintagel Village opposite it on the mainland.

A flat-topped headland surmounts sheer cliffs, its grassy upper slopes dotted with the low remains of the castle buildings. It is a natural..... 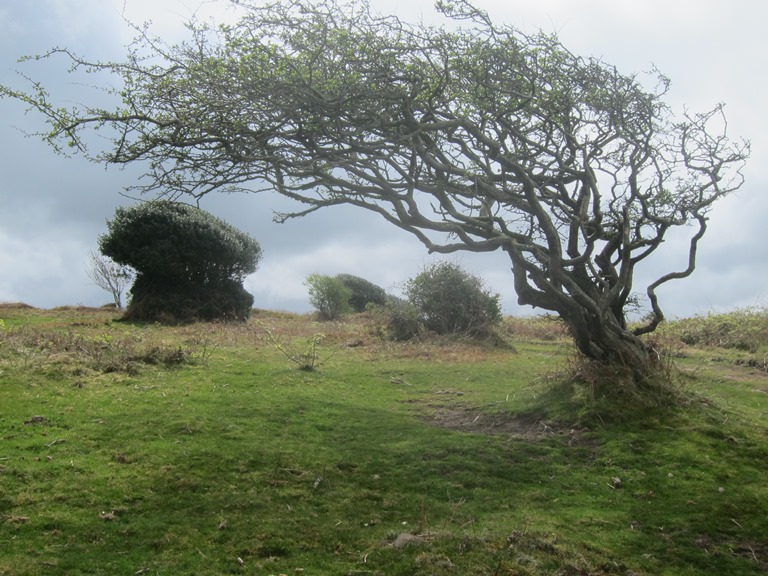 Name: PamD
Posted on: 31/08/2010
The one essential web address is http://www.swcp.org.uk/ for the splendid South West Coast Path Association (OK, conflict of interest declaration, I've been a member for about 15 years, 8 of them while we did the path at a week each year, and the rest out of gratitude). They not only did and do a lot of work in battling to develop and defend the path, but also produce an annual handbook which is an invaluable travel companion (ferry times, bus line phone numbers, accommodation details and much more as well as path notes).

Name: Ruth Livingstone
Posted on: 08/12/2014
The South West Coast Path is England's longest marked trail and a staggeringly beautiful walk, with over 600 miles of some of the most scenic coastal scenery in the world. The walk includes two World Heritage Sites, five Areas of Outstanding Natural Beauty and part of one of Britain's National Parks. The route is well signed and takes you past fossil cliffs, unspoilt beaches, tin mines, iron age forts and ancient woodlands. You walk across steep slopes, over rocky outcrops, along sand-dunes and climb beautiful cliffs. (I gather the total climb is equivalent to more than 3 times the height of Mount Everest, assuming you would begin climbing Mount Everest from sea level, which you don't!) The two principle sources of information are: http://www.southwestcoastpath.com/ - the official website. http://www.southwestcoastpath.org.uk/ - the association website which is, in my opinion, more informative if you are planning on doing the whole route. 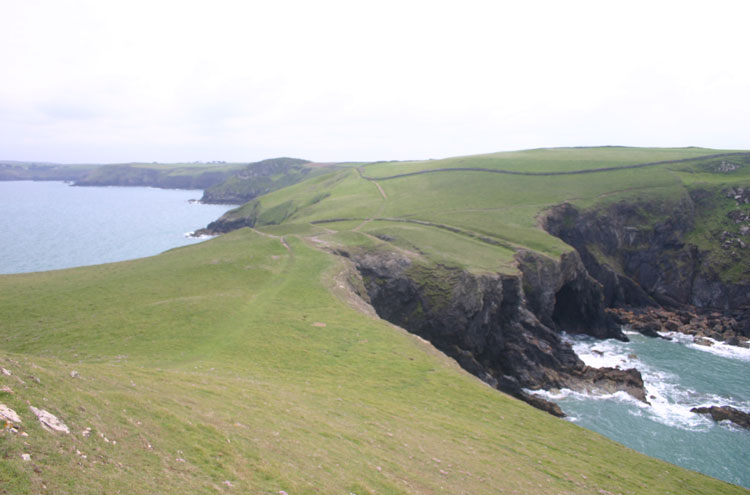 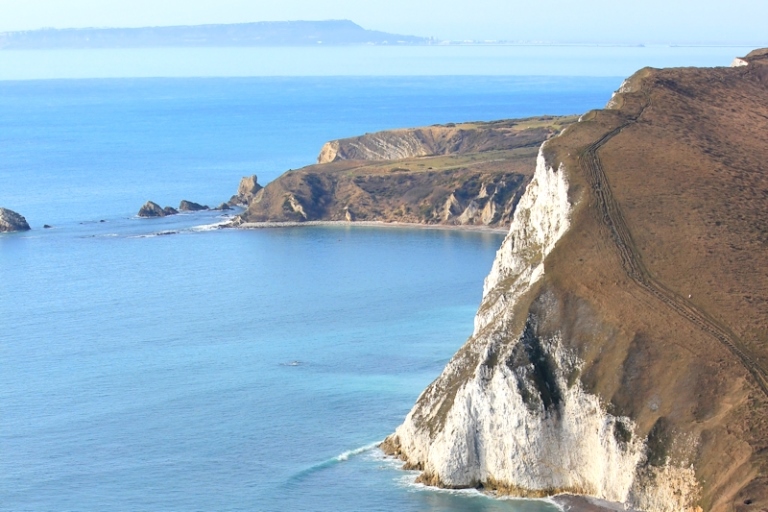