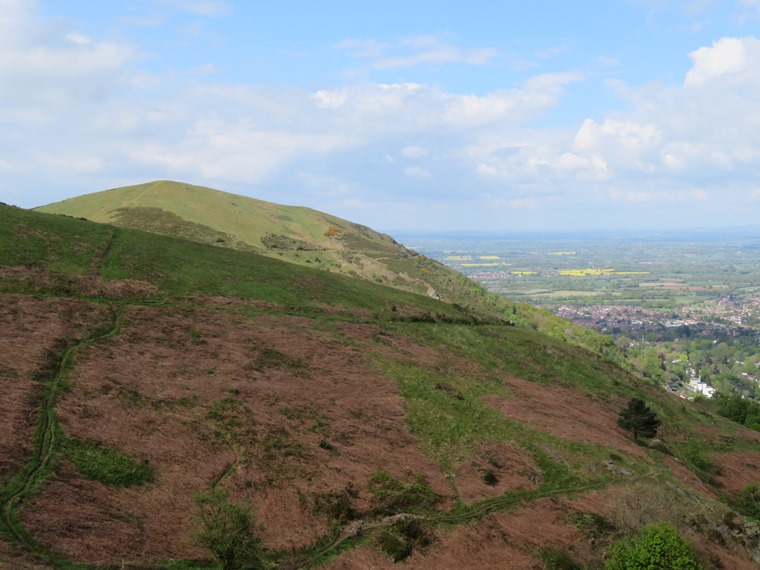 This peculiar 10 mile (16km) long ridge separates Herefordshire and Worcestershire in western England. To the west are the low hills of Herefordshire, beyond them the high ridges of the Welsh borders, the Black Mountains in particular. To the east, the plain of the Severn Valley, the Garden of England, with the Cotswold escarpment behind them.

On any day, the views are very good, but on a clear one, or a bright, showery one, they are outstanding. While the eastern slopes are (not unpleasantly) urban, the further views are magical.

The Hills are a complex assemblage of relatively hard crystalline igneous and metamorphic rocks thrust up along an ancient fault line at least 650 million years ago. The ridge top supports little more than grasses, providing fine walking conditions. The flanks support gorse, bramble and bracken interspersed with silver birch, mountain ash, hawthorn, sycamore and oak. The trees are stunted at higher levels but grow thick and large lower down.

Much of the drama and peculiarity of the Hills arises from the way this single, steep-sided, narrow, high ridge rises out of these gentle low hills and plains. It really is a unique landscape. Another feature is the many springs, some 88 of them, which sustained life from early times and explain the setting of marvellous Malvern Priory. Of particular note are St Ann's Well and Holy Well.

The northern end of the ridge is the higher, with Worcestershire Beacon (425m) the highest point. North Hill (397m) forms the main northern bastion. British Camp Hill (Herefordshire Beacon - 338m), further south, is the other highest point. In total there are some 20 named hills. The entire length of the Hills is open to the public and is criss-crossed with about 160km (100 miles) of bridleways and footpaths.

The Hills are popular, and best avoided at busy times such as weekends if you like solitude. The southern end tends to be emptier and, with the complex and hugely atmospheric ancient fort of British Camp, said to be the place of the chieftain Caractus’ last stand against the Romans, very pleasurable (and rural) walking. That said, British Camp is itself popular, so don’t expect to be alone anywhere. But it is an unforgettable picnic spot.

Great Malvern lies at the northern end of the Hills on the Worcestershire side, below Worcestershire Beacon and North Hill. There is direct walking access to the Hills from the town via the steep path up to St Ann's Well. Various villages lie on the slopes.

The Hills have inspired a multitude of artists. The composer Edward Elgar lived in the area, and was inspired by them. Langland’s Piers Plowman was set in the Hills, W H Auden wrote poems about or set in them, Paul Nash painted them.

You can walk the length of the Hills, 16+km/10miles, in 4+ hours. And you can make an endless variety of shorter circuits. An excellent option is the 12+ km from the Hollybush carpark on the A438 in the south, along the ridge to the northern extremities and dropping to the town centre via St. Anne’s Well. (See William Mackesy’s account below)

The Hills have lots of weather, so come prepared. Some of the Hills’ most beautiful light is on showery days, so don’t be disheartened by a mixed forecast!

I walked the length of the hills, south to north, on a warm, damp September day in 2018.

We parked in the centre of Great Malvern, and took a taxi south (£20) to Hollybush, where the A438 crosses a gap in the southern peterings-out of the hills.

A steepish climb gets us straight up, through a belt of woodland, to the bare top of Midsummer Hill, and fine views in all directions, the pretty Eastnor Castle estate to the east calling for special attention – although, with thick, low cloud and an approaching shower, all is coated on gloomy light. And we are in..... 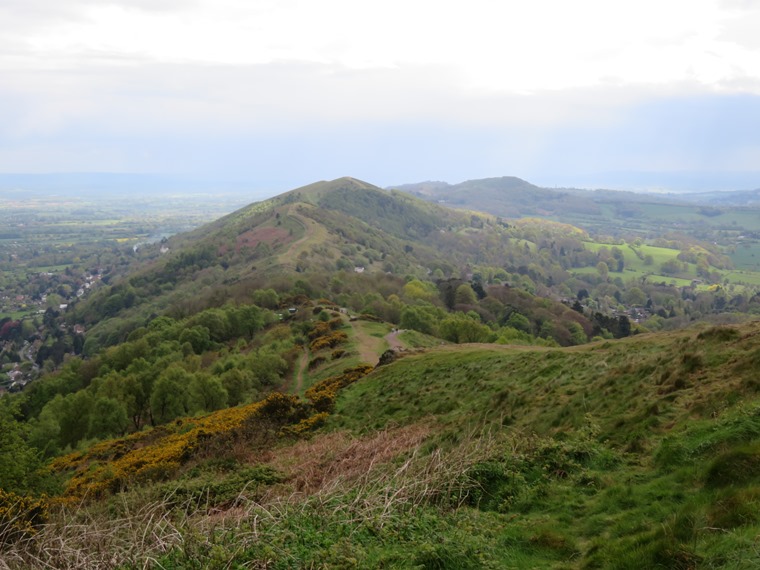 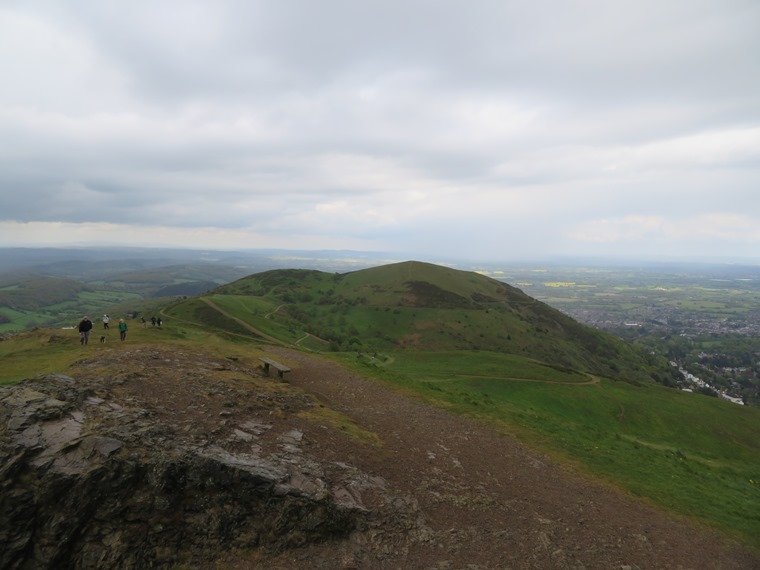 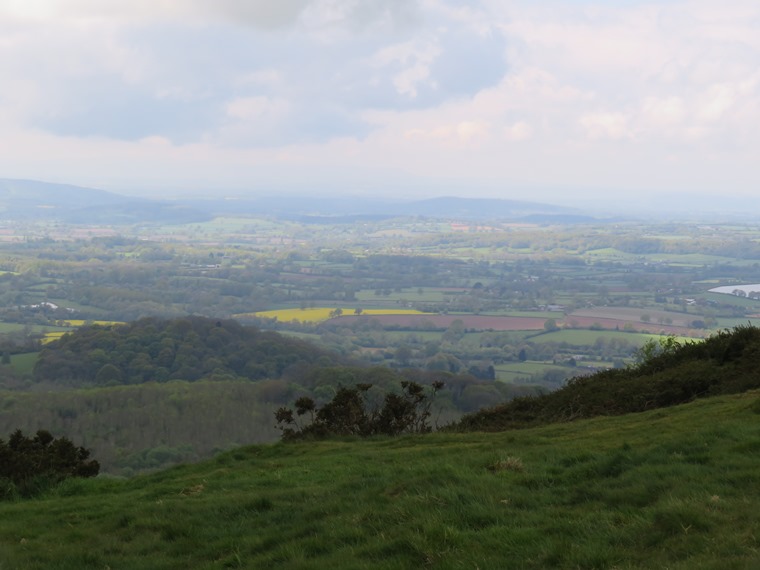