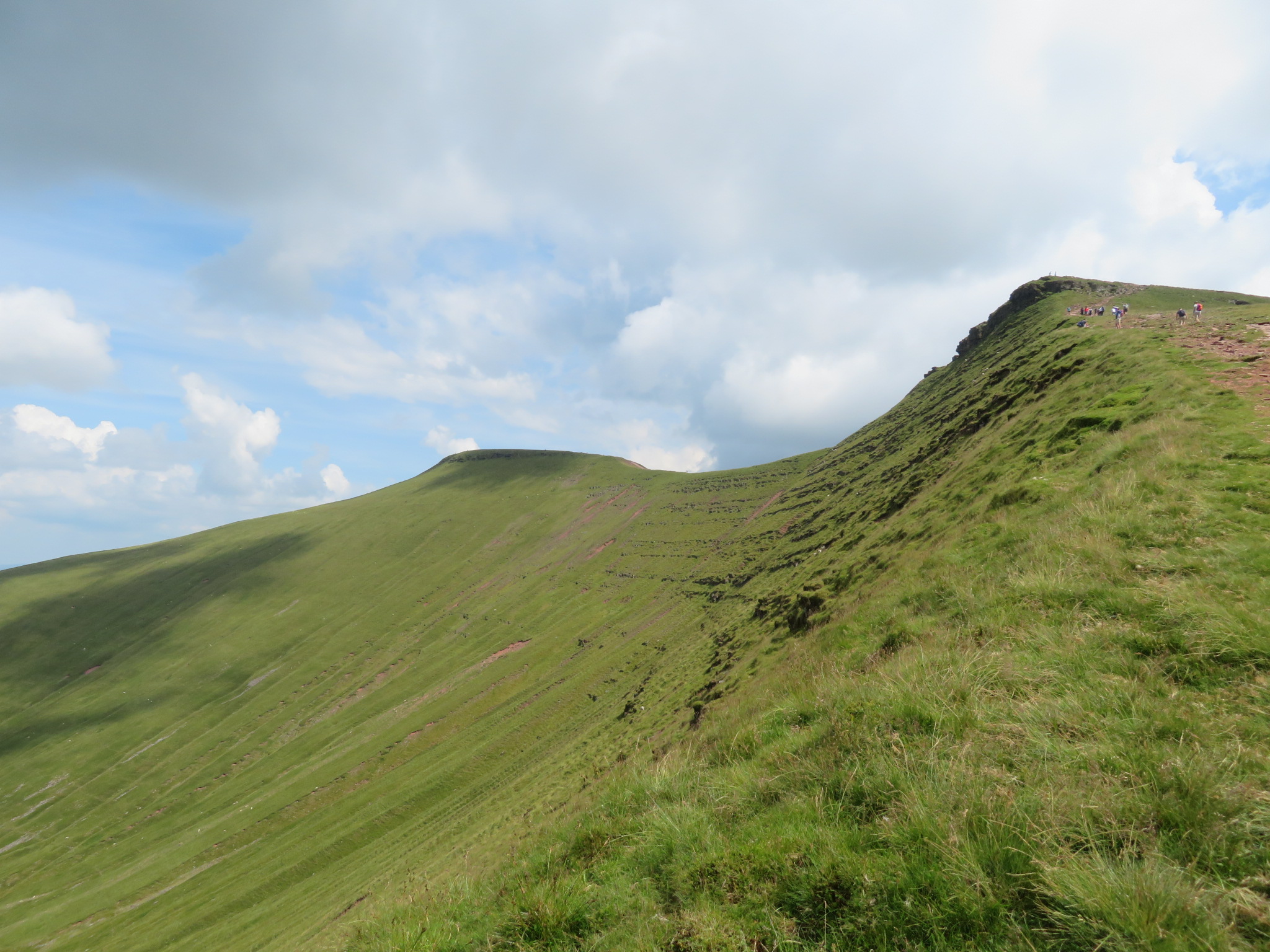 Pen y Fan really is a most beautiful mountain – on a good day! It is the high central summit of the Brecon Beacons, and South Wales’ highest mountain, with enormous views in all directions, both along the line of the mountains to east and west, with their grassy slopes and sharp summits, and out to the north along declining ridges to the gentle rolling farmland of central Wales and south to the hills that separate the area from the mining towns and villages of the south Welsh valleys.

It has to be said, Pen Y Fan is overvisited, so expect crowds on top on good days in season. The main paths can feel like walking motorways. Some paths are emptier than others – avoid the direct Cefn Cwm Llwch and Storey Arms routes if you care about (relative) solitude.

You can approach Pen Y Fan from several directions.

From the north, you can climb one of three ridges or ascend a couple of valleys before making the big climb. Which you choose depends on how direct you want to be and your options for linking your start and end points.

Most direct: the Cefn Cwm Llwch ridge, which leads directly to the Pen Y Fan summit.

This is a beautiful ridge, which climbs pretty steadily until the final short puff to the summit and always commands fine views of the ridge, cliff and corrie. Around 4.5hrs return. But it is a bit unimaginative to do a there-and-back, when you can easily combine it with one of the other ridges.

West: the Cwm Llwch Circuit, which Walkopedia has walked. You park in the car park at the base of the Cefn Cwm LLwch ridge. Most people then climb Pen y Fan directly from there. Better, we suggest, is to head west on pretty minor roads and then turn south along the track up beside the Cwn Llwch stream. You can either follow the main path up the middle of the gorgeous valley to the cliffs at the head of the cwm (cirque), by the pretty little tarn, below the high Corn Du ridge, before slogging up the steep path to the high ridge; or (we suggest better) you climb the ridge to the west on a steady old mining track, gaining ever more beautiful views up to the cwm head and Corn Du and Pen Y Fan high above it, as well as out west along the Beacons ridge and back north to gentle, rolling, wooded farmland. A long, easy climb gets you up above the head of the Cwn Llwch valley, to meet the motorway-paths that come in from the Storey Arms to the south-west. You climb to Corn Du; then it is the quick walk down and across to Pen y Fan itself, with its cairn and likely throngs of climbers. You can explore southwards down the incredibly level and easy Craig Gwaun Taf ridge, which narrows to a collar before joining the larger, lower plateau to the south. You then descend the Cefn Cwm Lwch ridge back to your start. 11km, 5hrs or so.

East: Bryn Teg and Cribyn: elegant, 795m Cribyn is itself no slouch as a mountain, and this marginally more demanding route combines it with Pen y Fan. The Bryn Teg ridge runs almost due north to/from it, with another wonderful path climbing steadily up it to the Cribyn summit. Unlike the almost level ridge between Corn Du and Pen y Fan, you have to drop 100m before climbing back up another ridge above northern cliffs to Pen-Y Fan itself. Your other ridge to make this circuit is again the Cefn Cwm Llwch. You can also climb the hillside just to the east of Bryn Teg, to the pass to the east of Cribyn, then climb Cribyn or skirt its base on the Beacons Way before joining the ridge to make the final climb to Pen Y Fan.

From the Storey Arms (South-west): This is the most direct approach, a long slog up one of the paths up the steep slopes above the Storey Arms area on the road to the southwest, to the shoulders below Corn Du, the flat-topped peak just to the west of Pen Y Fan, to climb right on the lip of the thrilling Cwm Llwch or to meet the summit ridge just south of Corn Du. From here you can make any number of peak area explorations. People usually return on one of the other paths back to base. Around 4hrs return.

To the south of Pen y Fan is the tremendous ring of ridges around the Taf Fechan valley. Down the valley are a series of reservoirs, with parking below the upper of them. From here you can climb to either of the great ridges approaching Pen-y-Fan, be it the wonderful long, level Craig Gwaun Taf to the west, or the Cribyn and Fan y Big ridges to the east.

These ridges can be combined into the marvellous Pen y Fan Circuit (or Horseshoe) circular walk, which many would argue is the finest walk in the area, pulling many of the greatest views into one warm embrace. It can be walked from the south in 13km (5.5-7hrs). There is no reason why the energetic should not add a Horseshoe to an approach from the Storey Arms area, or indeed the north, although these would be really long and arduous days.

This is demanding walking in high, remote mountains. Expect unpredictable weather: this is one of the wetter bits of the UK!

WE WOULD LOVE TO GIVE MORE. PLEASE HELP US BY MAKING SUGGESTIONS AND SENDING PHOTOS! THANK YOU! 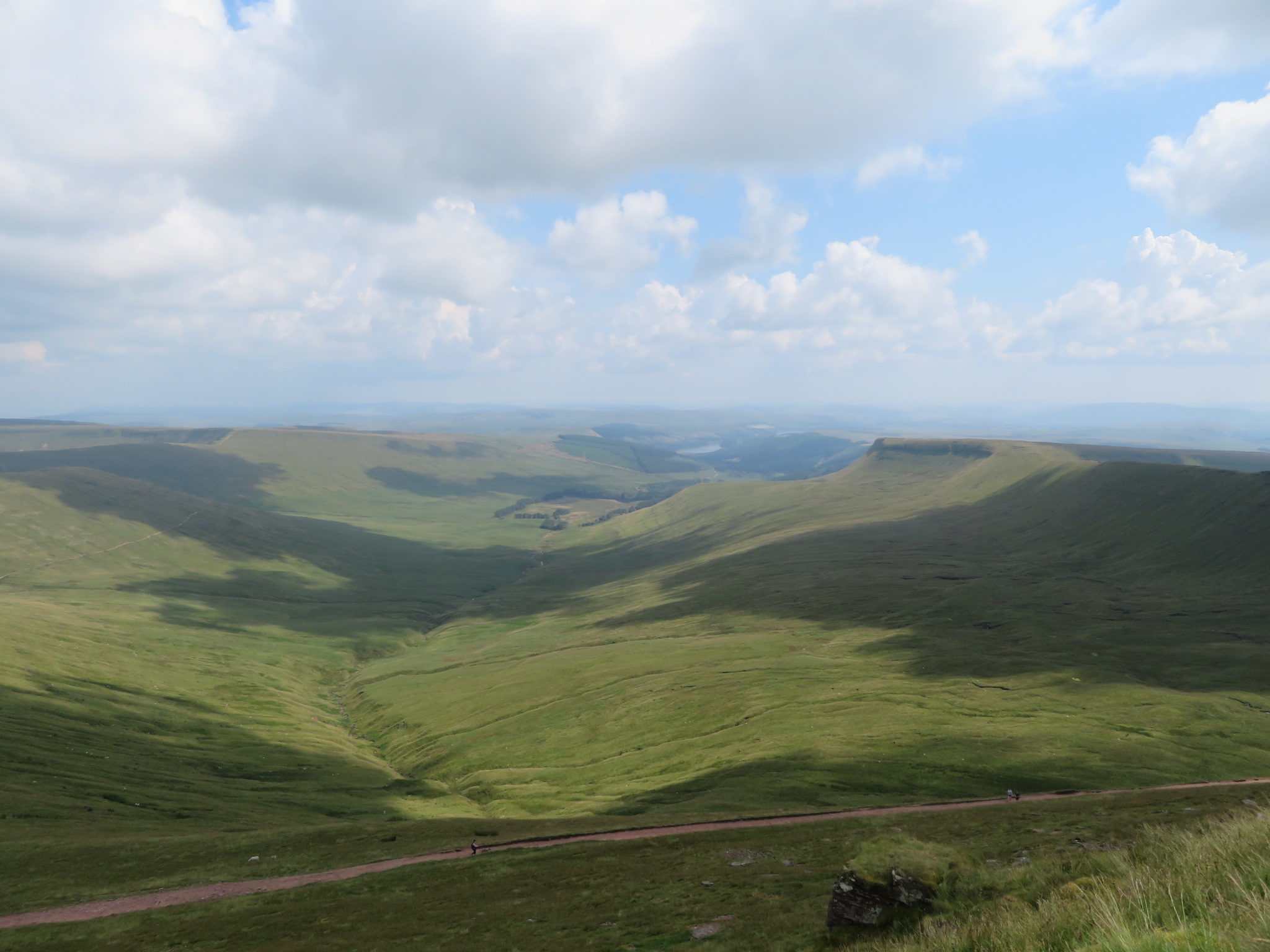 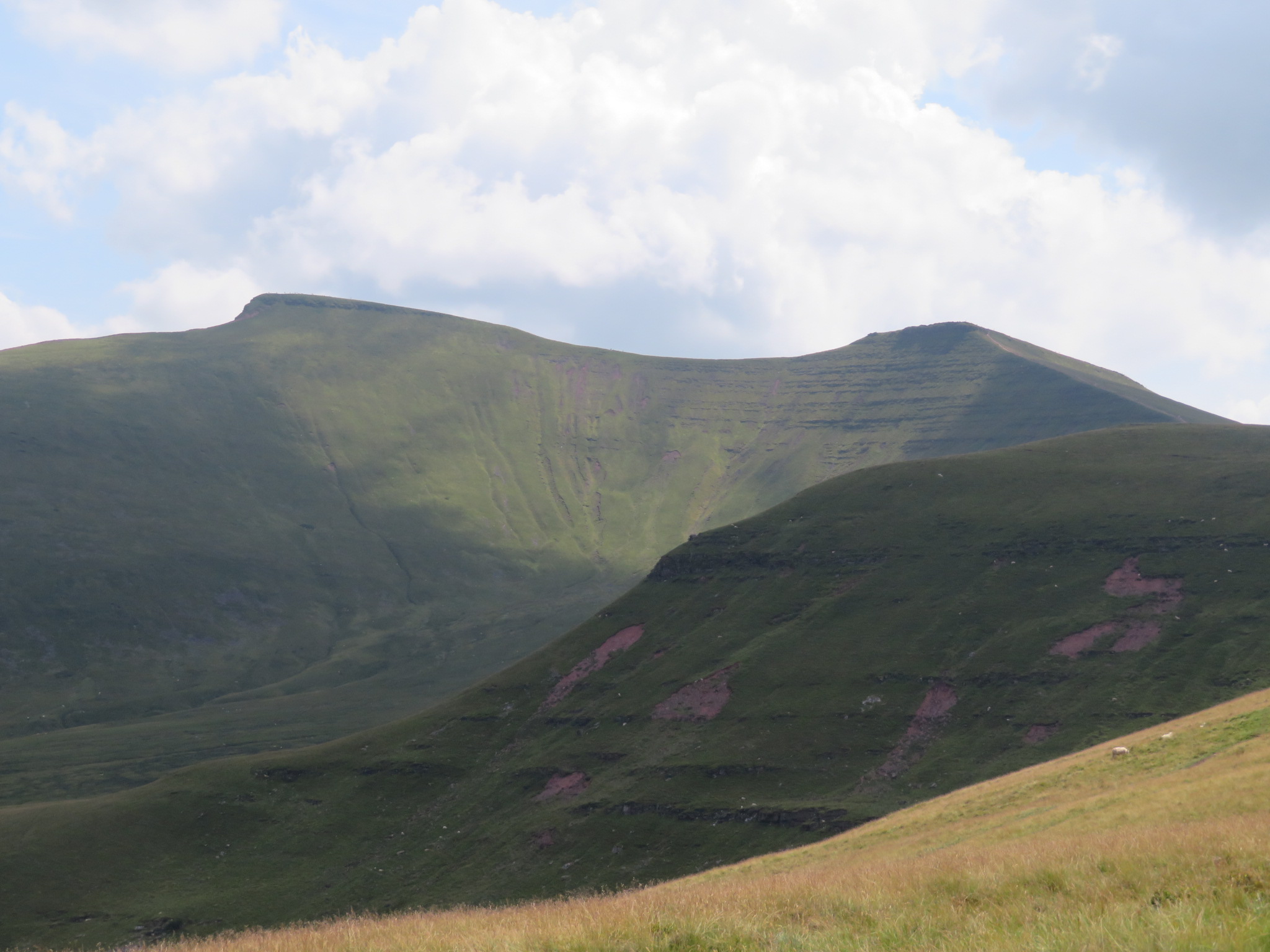 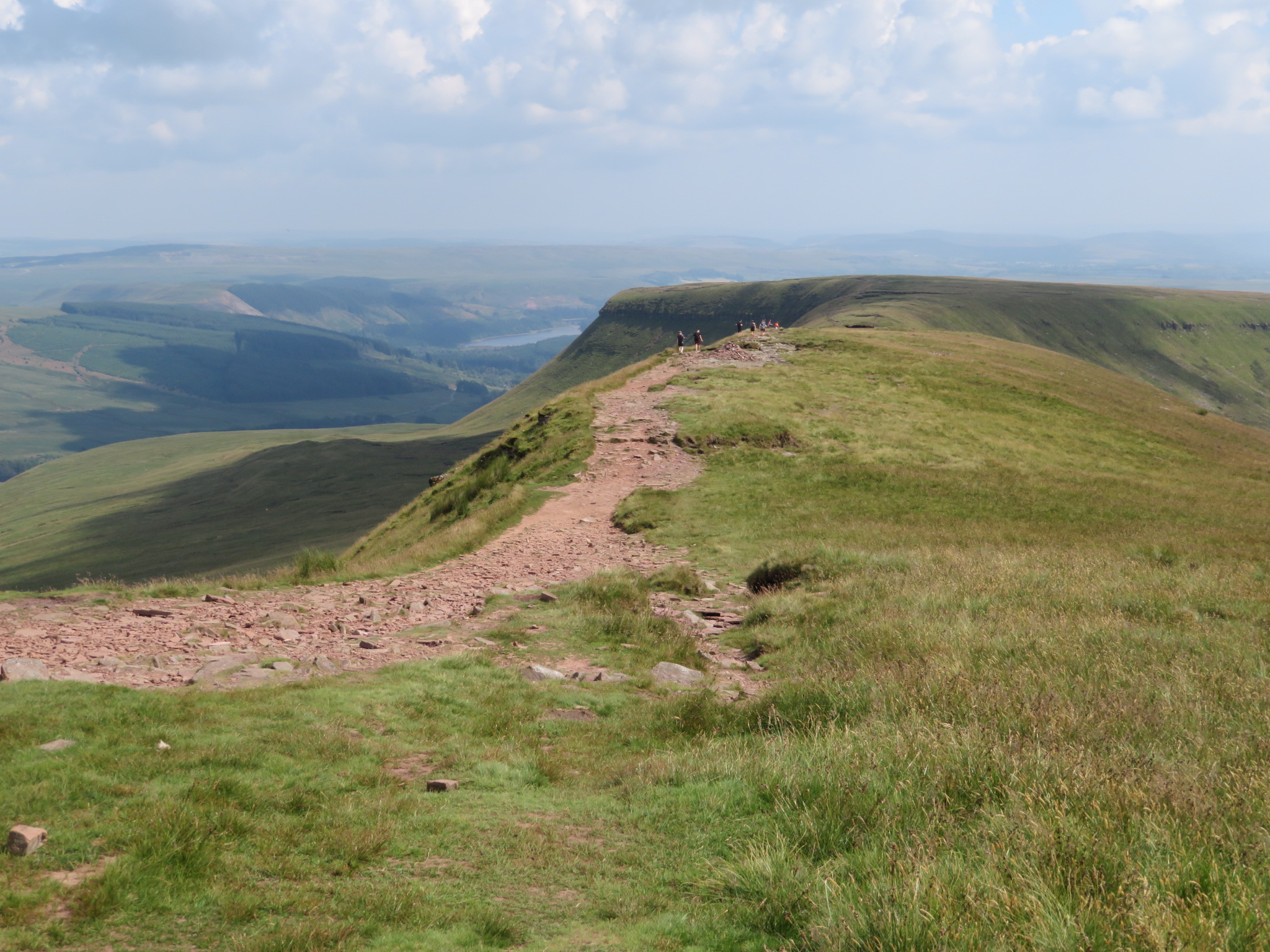