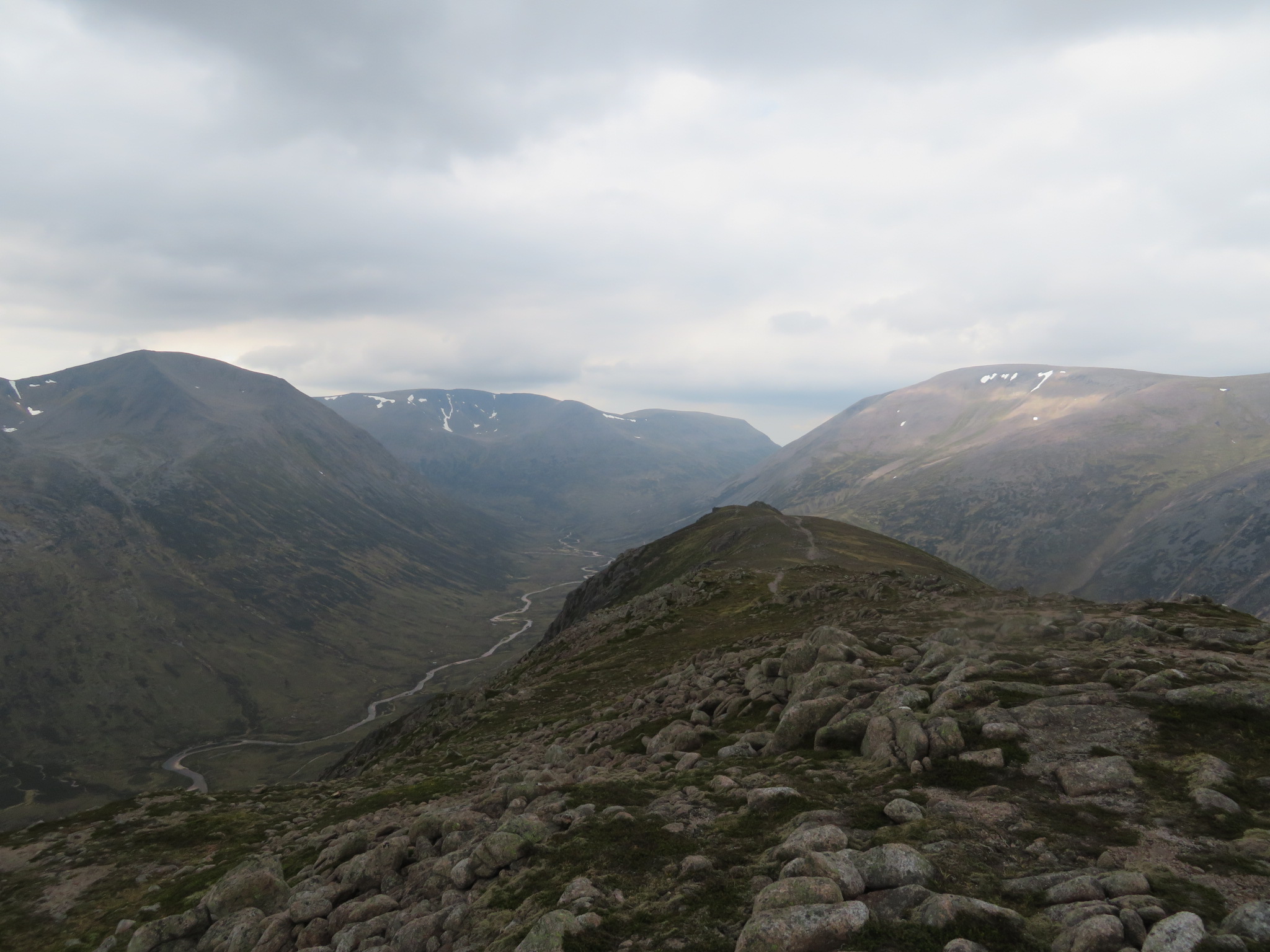 Cairn Toul and Braeriach loom at each end of the vast Garbh Choire cirque and gaze directly across the deep glen of the Upper Dee and the Lairig Ghru. These two great mountains sit on the same high plateau/ridge, and can be walked together, so we are writing them up on the same page. That said, Cairn Toul (1,293m) is more accessible from Deeside (albeit a long walk) and Braeriach (1,296m) more so from Speyside, and they are 5+ km apart, so don’t lightly plan to do both in a day walk.

This is a hugely dramatic area of high, ice-scoured moorlands gouged and scraped at their edges into great cirques and cliffs. You can imagine it being ground away under its ice-age icecap.

While there, try to get to Angel’s Peak on the cliffs between the peaks, and, from Cairn Toul to the Devil’s Point.

To their west is the high moorland of the Great Moss, and if you come at them from that direction you will have the impression of large, relatively smooth and gentle, ridges rather than the vast cliffs and visual drama of their eastern sides.

Walking both peaks along the high ridge around the huge abyss of Garbh Choire must be the greatest of all Cairngorm walks, but for most mortals this will involve a night in the Upper Dee valley.

Both can be walked as day walks.

If you spend a night en route, whether camping or in the Corrour hut or the Garbh Choire refuge, you can definitely plan to walk both peaks and the marvelous high ridge between them.

This is demanding walking in remote mountains with uncertain weather. It can be very dangerous in bad weather, as it has great cliffs and crags to its east, and the plateau has more of them at its other edges. Come fully prepared, including to descend quickly if the weather deteriorates.

The Cairngorms: Walks, Trails and Scrambles – Cicerone. As usual, a brilliantly researched book covering 102 fantastic walks of all shapes and sizes, including numerous approaches to these mountains. And written by the at times poetic Ronald Turnbull. 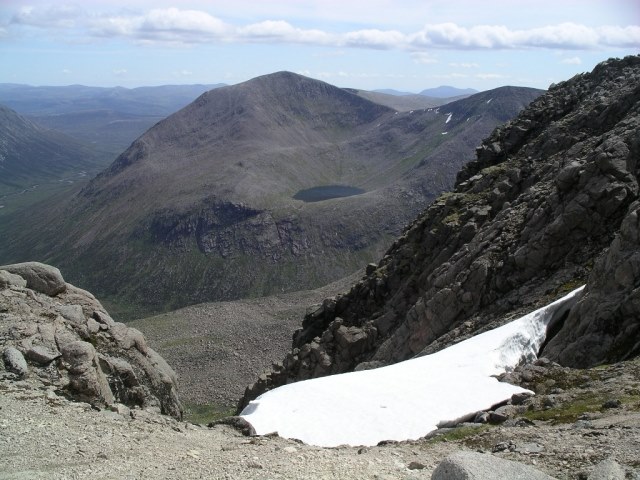 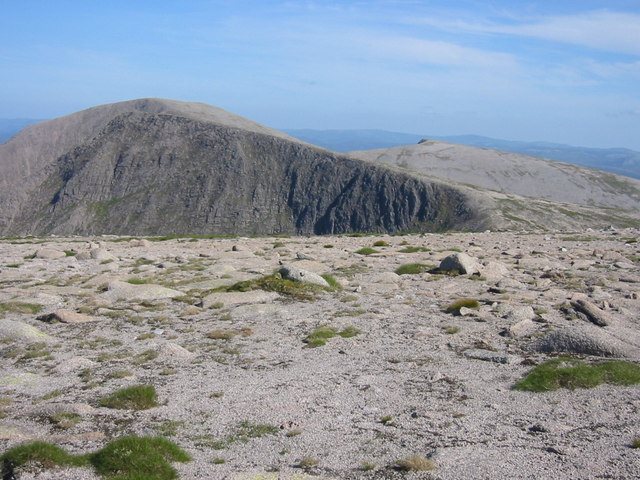 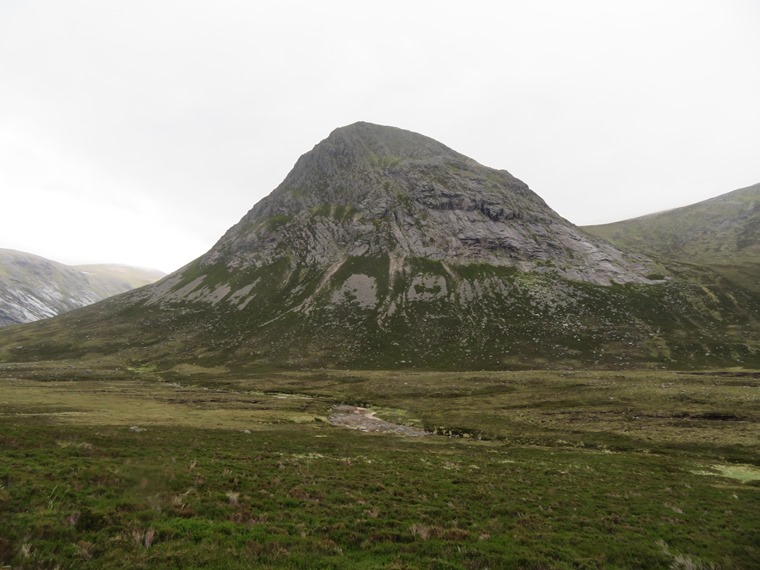