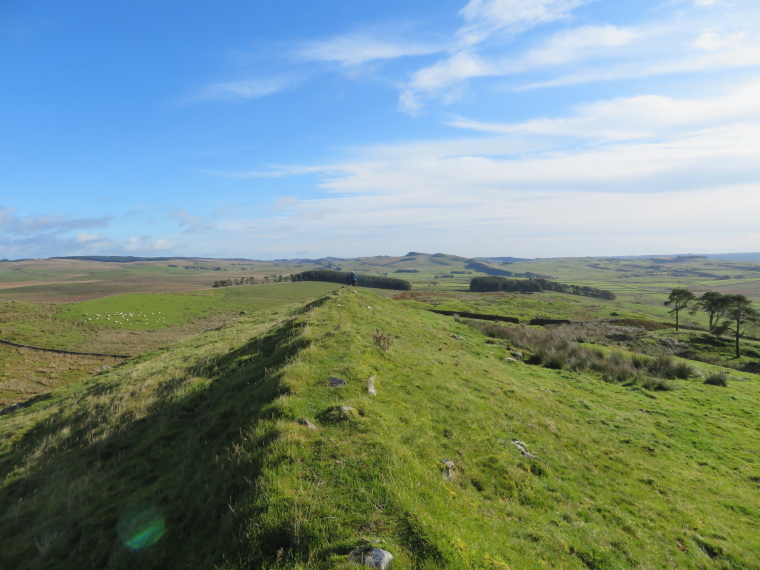 Hadrian’s Wall, the Roman Empire’s British frontier, still runs from sea to sea across northern England, through magnificent hill and moorland scenery for much of the way. With many stretches in remarkable condition, this combination of beauty and extreme history makes for thrilling, inspirational walking. History is enthrallingly immediate here. There is an intense connectedness about striding along the wall, overlooking the rough lands to the north: you can almost hear the legionaries tramping along the central stretches, and feel the loneliness of a watchman gazing northward to the empty Pictish wastes.

The Wall was brilliantly sited, following high ground wherever practicable, its central sections snaking along a series of ridges known as Whin Sill, a hard dolerite sheet pushed up through the area's predominant limestone which breaks up into cliffs and tough slopes to the north.

See more on Hadrian and his wall here.

The most dramatic wallscape, in the most improbable and gorgeous countryside, is on central Hadrian's Wall, between Sewingshields, where the Wall diverts from the B6318 road, and Birdoswald Fort just west of Gisland; this is more than a day’s walk for most of us.

This is the other of the two greatest days’ walking after Sewingshields to Cawfields. Marching along the final western Whin Sill ridges, the walk offers a series of visual marvels, and you can see why the defensive line was sited here, north of the gentler banks of the Tyne. Huge landscape recedes in both directions: gorgeous, wide views out over the high farmland and moors to the north and across the Tyne valley to the Pennine hills to the south. With the wall and its forts and milecastles and turrets a permanent reminder of an extraordinary and deeply romantic history, it is hard not to come over all poetic.

Walkopedia walked it from east to west, but you can walk it the other way just as well.

Beginning at Cawfields Quarry, you climb steadily to the romantic remains of Great Chesters fort, and then along the increasingly high Walltown Crags hilltop, with startling all-round views.

The Wall then drops, now more deep ditches than wall, to the valley just north of Greenhead, passing the ruins of Thirlwall Castle, thence climbing gently to the outskirts of Gilsland. After working around the town, an attractive walk by the river Irthing gets you to the remains of a Roman bridge at Willowford, a fascinating place as rivers were obvious weak points in the defences. Across the river on an elegant modern footbridge, you climb a steep bank to reach a hilltop milecastle and shortly after a museum in the remarkable ruins of Birdoswald fort.

This is a magnificent long half day's walking. If you want to extend it a bit further, carry on beside the deep vallums (not much wall above ground) as they march across the landscape to the turret and car park at Banks (3.7km).

A joy of walking the Wall is the profusion of good places to stay, from pubs and BnBs to comfy hotels,  and you can have your luggage taken from place to place, leaving you with just a day pack and your excitement.

Most people come by car to their chosen start/end points. The brilliant AD122 Hadrian's Wall Bus (between Easter and October) stops at many points along the wall and opens up all sorts of possibilities of being taken back to your car at the end (or vice versa).

While crowding in places will detract from the full magic, you can screen quite a bit of it out.

See our Hadrian’s Wall page for more photos and lots of practicalties. 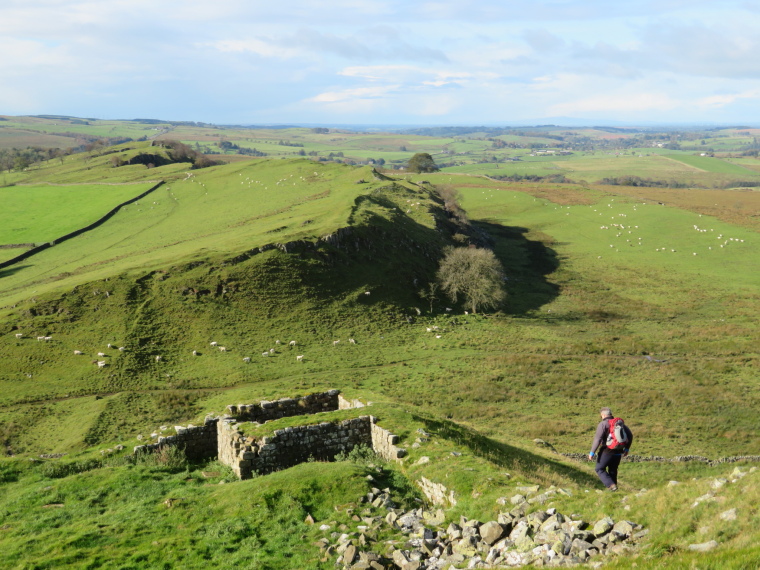 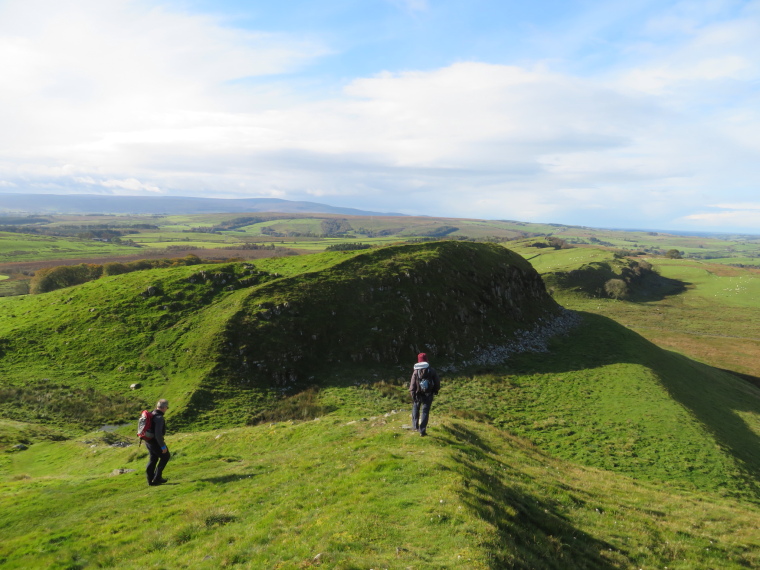 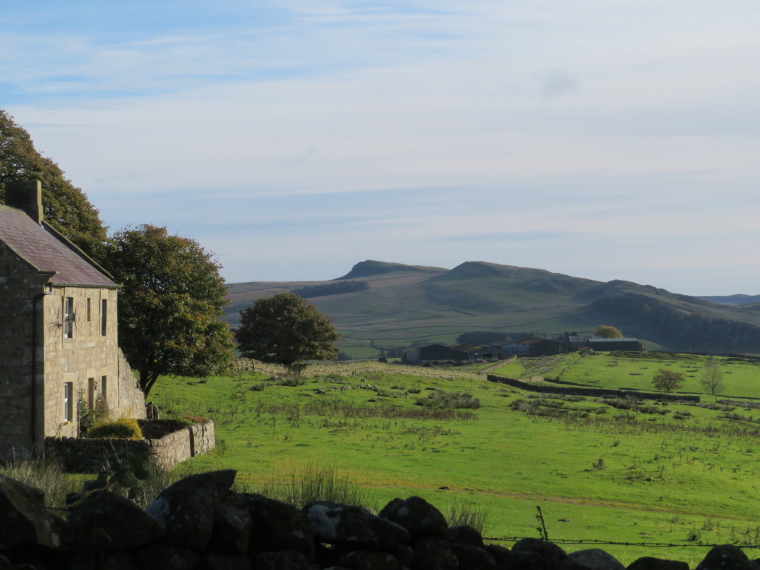