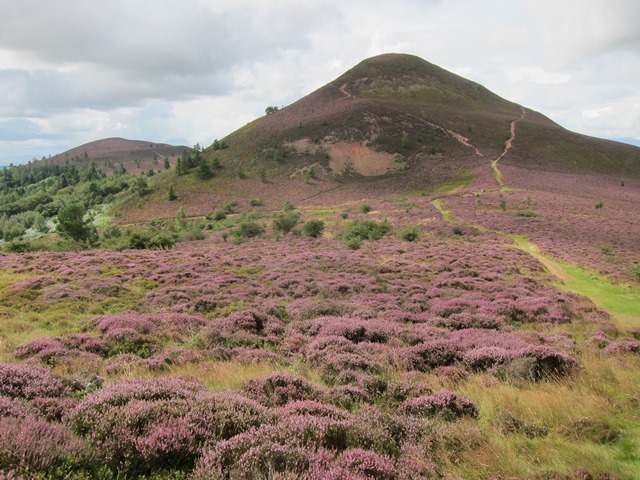 A Walkopedia favourite: the peculiar but delightful Eildon Hills, a group of three steep tumps protruding from the rolling countryside just south of Melrose,  offer grand 360? views toward the Ettrick Hills to the West and glimpses of the sea to the East; the Lammermuirs to the North and across rolling farmland to the Cheviot Hills to the South. Unusually for the area, they are heather-clad, evidence of their volcanic origins in a generally sedimentary area, both as sills which solidified underground, and expelled agglomerate.

A tour of all three takes a brisk 2.5 hours, although you would be mad not to eat at least one picnic on a hilltop here (Walkopedia had a main course on one and pudding on another).

Most walkers climb direct from Melrose where they can take in the superb Abbey ruins and the atmosphere of a charming and very historic border town, although you can approach the hills from all sorts of directions.

The opening stretch of St Cuthbert's Way leads from Melrose ville centre to the saddle between the two main Eildon hills, whence you head off for the peaks. Walkopedia took off to the northern hill first, which has the remains of a hill fort and was the site of a Roman signal station: this area was occupied land, south of the Antonine Wall, before the Romans consolidated back to the hills north of the Tyne where they built Hadrian?s Wall in 122AD.  Just by the Tweed to the north-east was a Roman camp. A view-admiration from a springy bank of heather is a must. The hill is surrounded by several kilometers of (mostly invisible) ramparts, enclosing an area in which at least 300 house-platforms have been cut.

Thence back down across the saddle and a brief steep puff to the central and highest of the hills. More view-enjoying from the heather. The view south is particularly fine here. Then down to a peaty pool on a small saddle and along a short ridge to the lower southern hill.

You then have many options. You could drop down to rejoin St Cuthbert?s Way, which winds through pretty and interesting farmland to the Tweed, which it then follows in a generally southerly direction for a few miles, although you would want to turn north if you need to get back to Melrose. Or you could circuit the lower slopes back to Melrose on pretty paths, sometimes in woodland and at others with wide views. Or, as Walkopedia did (with its young children), swing back to the central saddle and drop back to Melrose and a very satisfactory cup of hot chocolate to compensate for a fierce concluding hailstorm (that?s Scotland in August for you).

Have a look at the dreaded TripAdvisor - you should get good, current views on this area.

THIS PAGE IS AT AN EARLY STAGE OF DEVELOPMENT/NEEDS FURTHER DEVELOPMENT. PLEASE help us BY MAKING COMMENTS AND SENDING PHOTOS! Thank you! 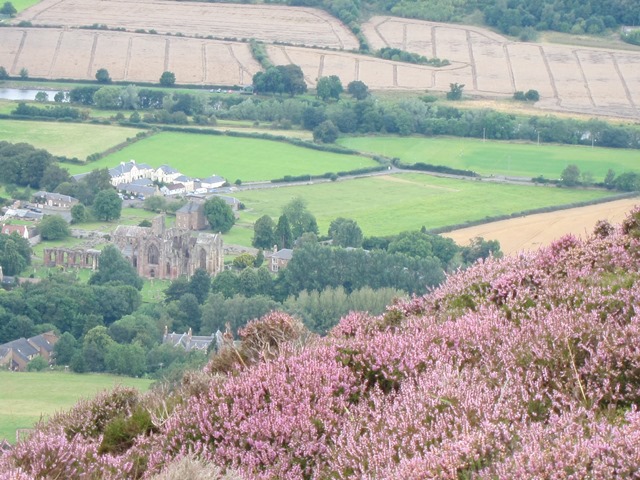 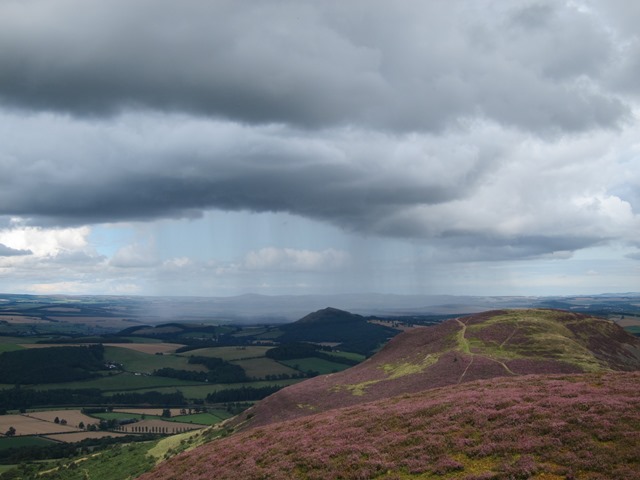 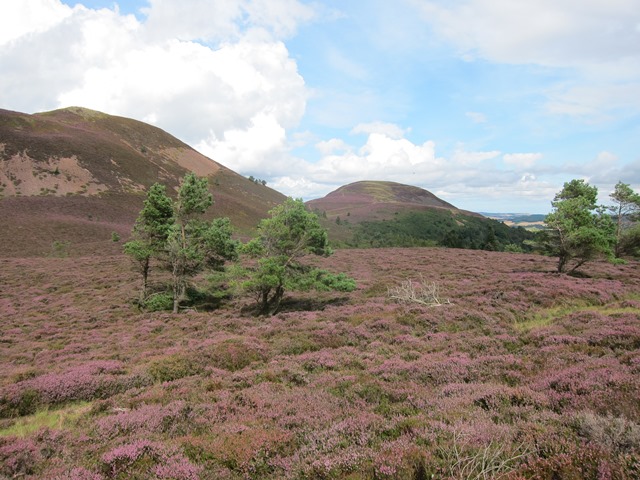