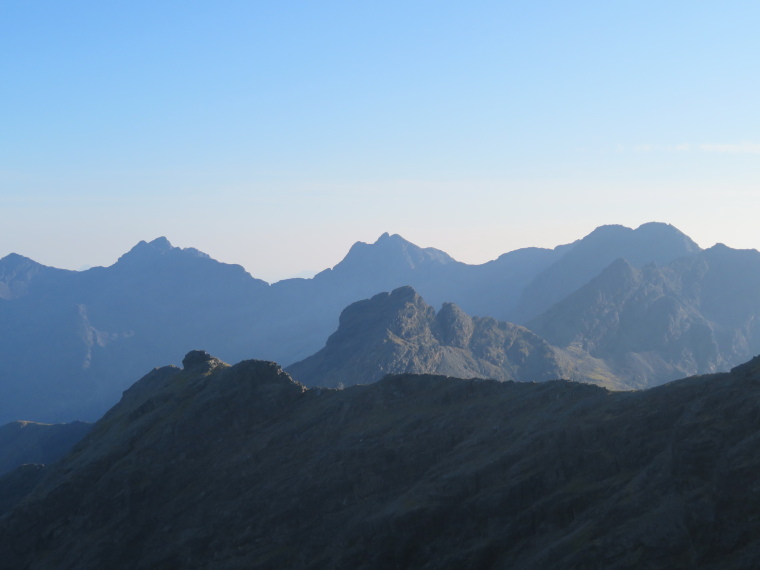 This summit towards the north of the Black Cuillin ridge (and the 5th highest) is a long and rocky times, but the views from its top are exceptional any standards. Any serious walker will want to get up on to the ridge, and this is one of the easier options.

The traditional approach to Bruach na Frithe is along a track which begins maybe 0.5km or so along the A863 from the Sligachan Hotel, which drops to the Allt Dearg Mor river, where you turn onto a path which  winds steadily up the valley into the foothills of the north-west side of the Cuillins, towards the Bealach a Mhaim  pass to Glen Brittle. After some 3.5km, you turn left, cross the river at a ford, and start climbing. The summit is 2 to 2.5 hours from here.

You can also start from the upper Glen Brittle carpark, which Walkopedia did. This is a bit nearer, and a bit higher - and you spend most of the route to join the main ascent (climbing gradually to a cairn on the Bealach a Mhaim  pass to Glen Sligachan) with views of stunning Coire na Creiche bowl, with a horseshoe of magnificent Cuillin mountains around its head and the famous Fairy Pools series of little falls and pools at its base.  From the cairn, you can continue on the track, to meet the path from the Sligachan Hotel, or (as Walkopedia did) cross to the other side of the valley and strike east across the generally dry lower Bruach na Frithe hillside, avoiding the boggy bottom, to meet the ascent path, taking care to look out for it and its cairns.

The ascent path is good and visible almost all the way. It is a steady trudge, gradually getting steeper, until you enter the beautiful (well, harsh when the sun isn’t out) high Fionn Coire corrie below the high ridge, with the sharp summit of Bruach na Frithe to the right.  There are regular cairns until you get to the steep, rocky, shaley slopes above the corrie. The path is pretty visible when descending, but can need some scouting when climbing, on the left side of the stream-bed towards the pass to the left of the high ridge.

The high pass rewards a pretty demanding slog with staggering views east to the Red Cuillin, then a few minutes later south into the heart of Britain’s most exciting mountain ridge, the great sinuous curve of the jagged Black Cuillin ridge, silhouetted against a clear 7pm summer sky when Walkopdia was there, with Loch Scavaig and then the open sea to its east (left). The final walk to the peak, with its trig point, is relatively easy. The final view is getting on for to die for, with the Red Cuillins arrayed to the east, the south-west coast now spread for inspection, as well at the full glory of the jagged Black Cuillins and the beauty of Coire na Creiche directly below. Amazing.

If you have the energy, you can turn left at the cairn, and follow the path around the base of the wall of the Coire na Creiche, round to its rocky high end, then follow the trail down beside the river with its falls and pools: a wonderful way to end an exceptional walk, with perhaps 45 minutes added to it.

Skye has notoriously fickle and often bad weather, and conditions on top can be appalling. People die up there, and it is easy to lose your way in cloud/mist. Always come fully prepared. Be prepared to abandon an attempt on a peak if circumstances change – not recommended in cloud.

For more information and photos, including detailed practical information, see our Isle of Skye walk page.

I started from the upper Glen Brittle carpark, which is a bit nearer, and a bit higher, the the Sligachan Hotel, the usual start of this walk.

This route climbs gradually up the slopes to the left of Coire na Creiche to a cairn on the Bealach a Mhaim  pass to Glen Sligachan, to join the main ascent path. There was cloud streaming over the Bealach a Mhaim ridge all day; I nearly didn’t begin this walk, as here would be no point climbing all that way in cloud, but the summit of Bruach na Frithe and the rest of the peaks around Coire na Creiche had been clear all day, so..... 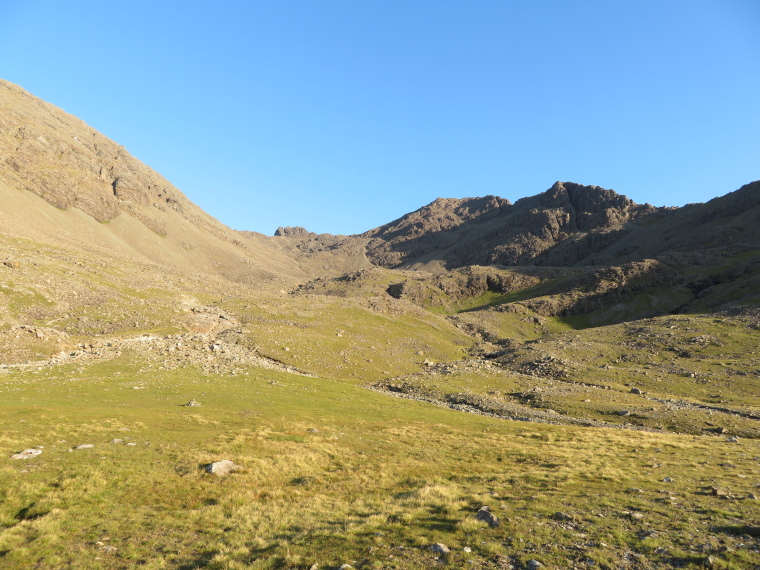 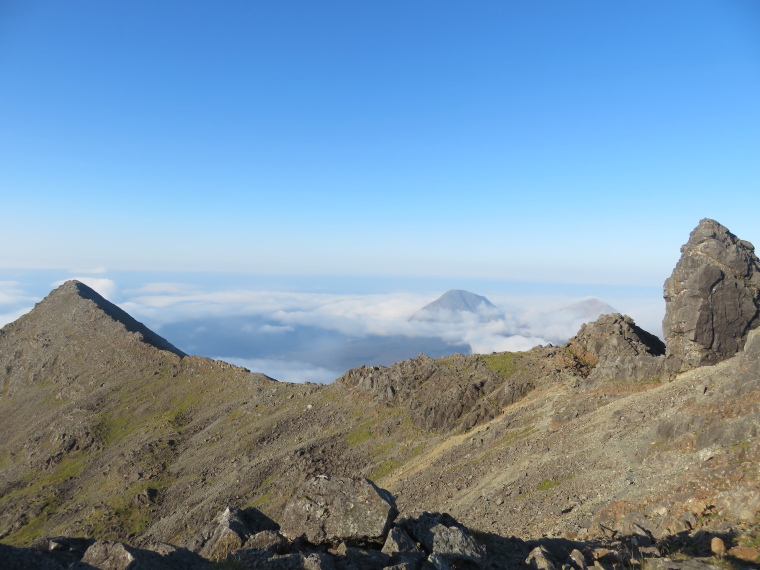 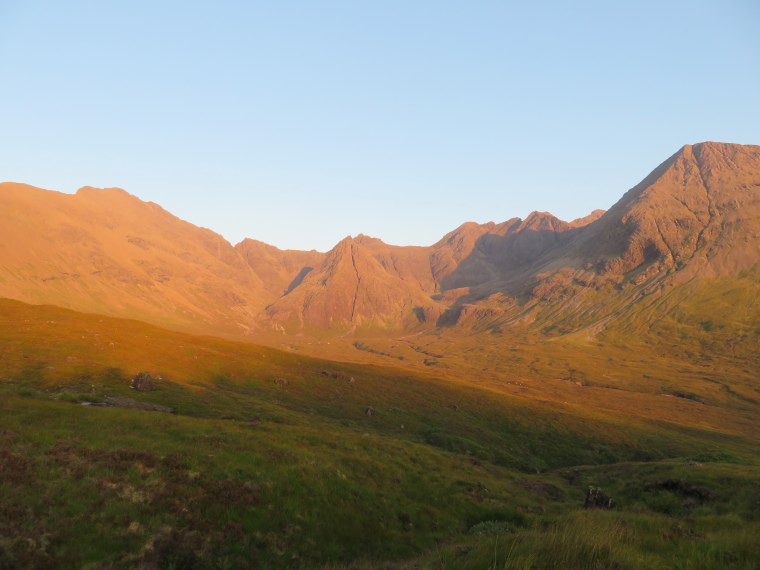