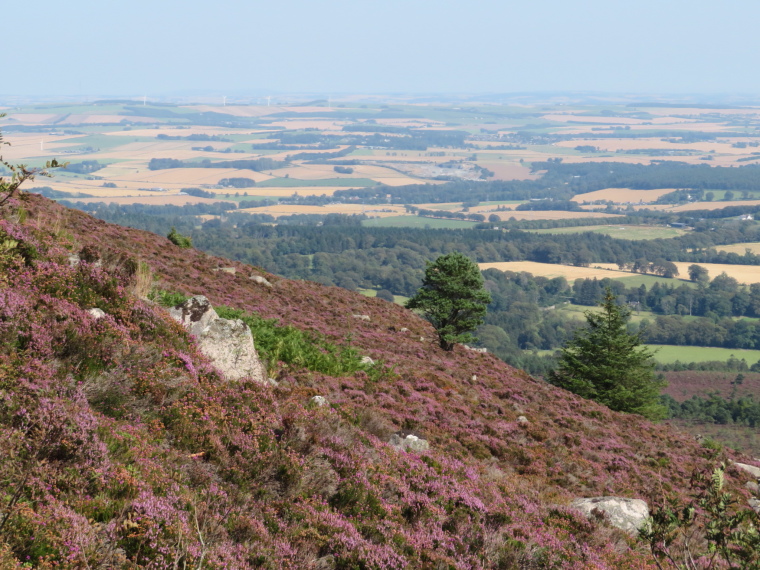 The Bennachie ridge is an 8km-long first arm of what will become the Cairngorms, just north of the beautiful Don river and west of Inverurie in central Aberdeenshire.

The famous feature here is a huge granite tor at the eastern end called Mither Tap, which is itself encircled by a remarkable prehistoric fort, a ring of heaped rocks around the tor base the remains of its walls, with some surviving half-buried sections showing what a fine affair it must have been. It must have dominated the surrounding land, a secure base in no doubt wild times. Give its exposed and inaccessible site and lack of regular water, it is hard to imagine it being a permanent village, rather a place of refuge.

The ridge stretches, all purple heather, east from Mither Tap to other tors including its high point, Oxen Craig at (gasp) 529m. On every other side is lovely rolling Aberdeenshire farmland from which protrude other heather-topped hills. It is meltingly pretty.

It is a steep slog to the Mither Tap, through attractive pine forest, then thinning Scots pine and scrub, then open heather upper slopes with ever-widening views. You will nonetheless be far from alone: Bennachie is now well known and promoted, with its own visitor centre at the base of Mither Tap.

The wide heathery plateau-top makes for lovely walking on to Oxen Craig, another higher if less imposing tor of strangely layered granite. Perhaps a couple of kilometres from Mither Tap.

There are many walking options. As well as exploring the ridge-top, a huge joy would be to walk on along the length of the ridge, between the pass crossed by the B992 road and Mither Tap. You can always make a circuit by dropping south to join the Gordon Way, which winds delightfully along the tops and southern flanks of the extended Bennachie ridge, and traverse, with a few steeper descents, round and back to the visitor centre, hard in under the Mother Tap. The hillside vegetation is wondrously pretty, small trees pushing up through bright heather, with distant views demanding attention through the gaps.

I've underestimated this place. I knew of it from my father, but we'd never made it here – and at some point I started confusing it with nearby Tap o'Noth.

I'm on top of a prehistoric fort on a huge granite tor called Mither Tap, which is itself on top of the Bennachie ridge, an 8km-long first arm of what will become the Cairgorms, which stretches, all purple heather, due west below me for a couple of km to its high point, Oxen Craig at (gasp) 529m. On every other side is lovely rolling Aberdeenshire farmland from which protrude other heather-topped..... 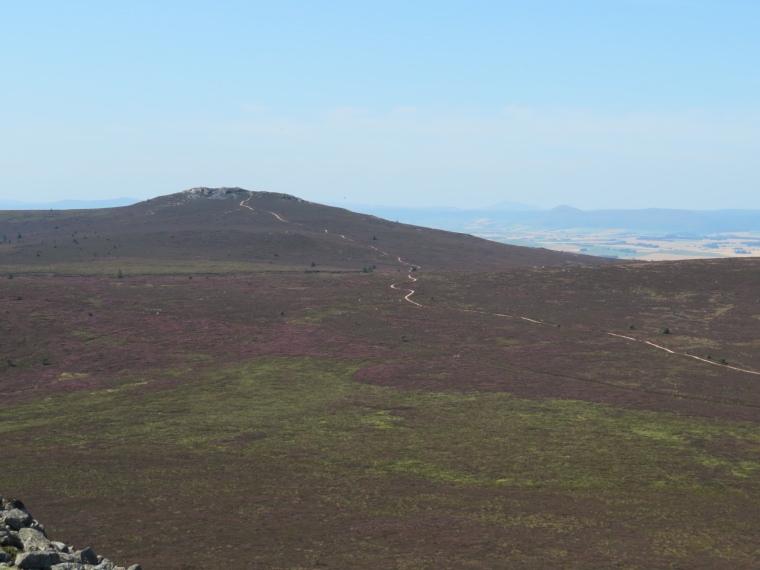 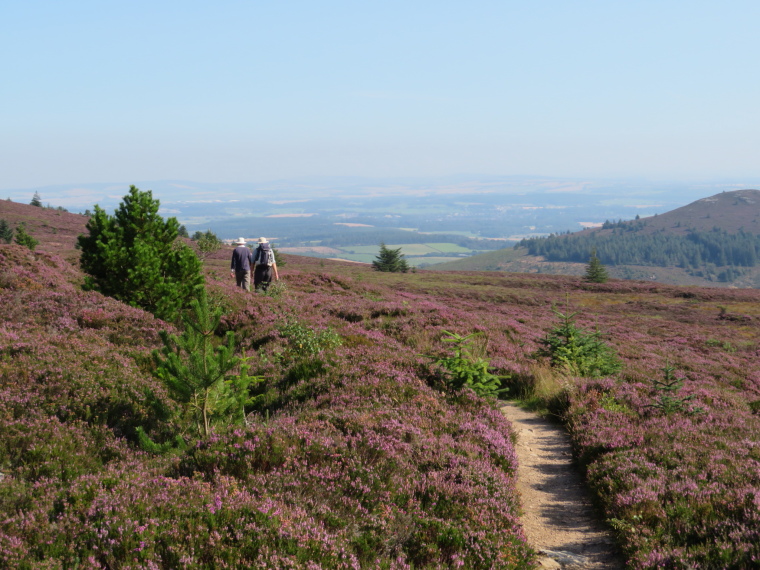 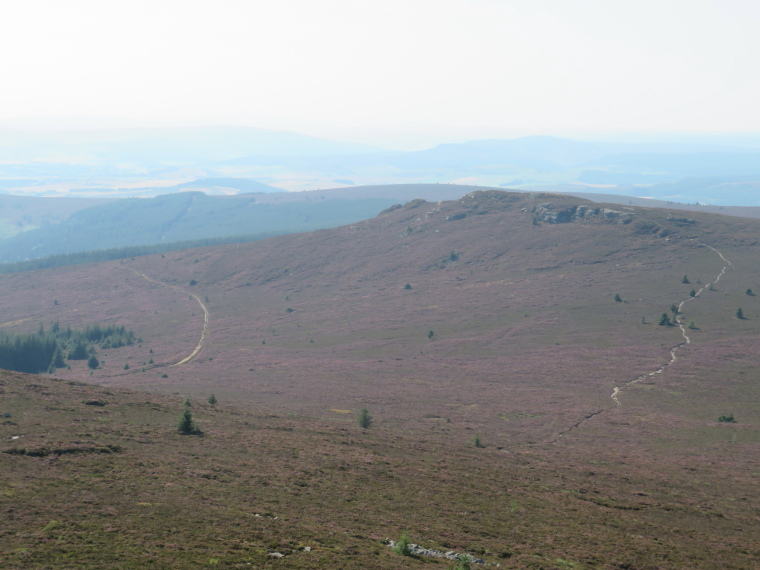