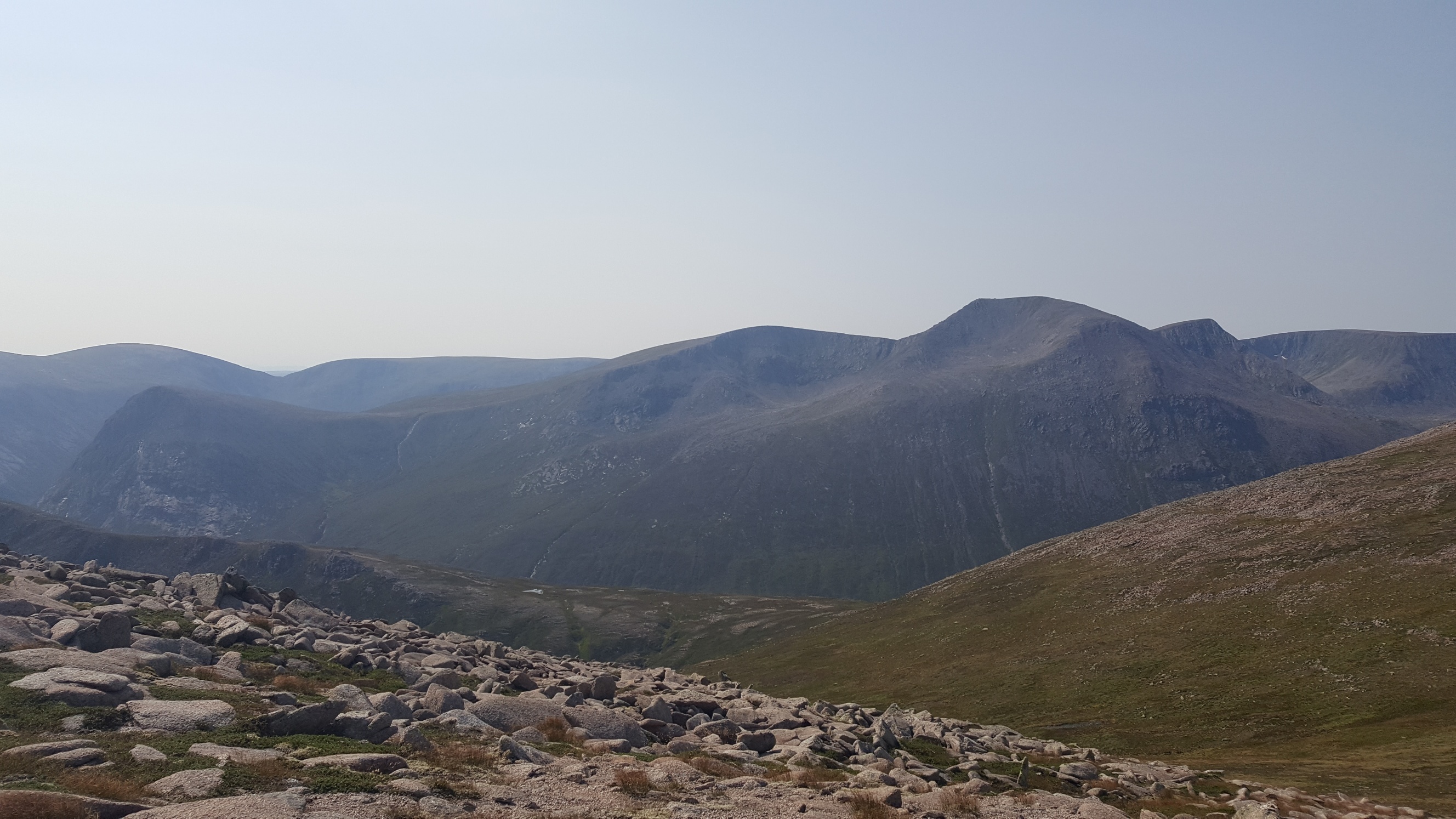 Ben Macdui, at 1,309m Britain’s second highest peak, towers directly above the deep glacial gouge where the Upper Dee valley becomes the Lairig Ghru. It is part of Britain’s highest mass, the central Cairngorm plateau, with its unique sub-Arctic eco-system and superb 360° view across the high ridges of the range and toward Speyside to the west. From the top you look directly into the huge Garbh Choire cirque between Braeriach and Cairn Toul on the far side of the deep Upper Dee glen.

This 'easiest' approach to Ben Macdui (from Deeside at least) is still 10.5 hours or so on the trail, so a demanding option for most of us.

An hour or so gets you to Derry Lodge in its grove of pines where the Derry burn joins the Lui burn. Continue up Glen Lui, though extraordinarily pretty open old Caledonian forest. Another 40 minutes has you approaching the ford where the track across to high Glen Dee turns off west and Glen Lui pushes north between Munros to get to the foot of the climb up the long, steady Sron Riach ridge. Turn right before you reach the trees approaching the ford, to climb so as to traverse the eastern side of the upper glen, above the boggy ground near the stream.

The bowl around the stream junction at the foot of the Sron Riach ridge can only be described as meltingly beautiful, vivid greenery below grand ridges.

Considering it is well over 3000ft, the climb up the Sron Riach ridge, on a generally excellent path, to the high Ben Macdui plateau is generally a steady one, with the odd slog thrown in. The surrounding peaks gradually make themselves apparent, with Cairn Toul showing above the pass between the sharp Carn a Mhaim ridge and the Ben Macdui massif. To the east, the boulders of the Rocky Horror Show, aka Derry Cairngorm, become more visible.

You pass below a couple of tors and climb a boulder slope to get to Sron Riach’s rocky summit. A short drop and crossing below the ridge gets you to the foot of the final long, steep slog, finding your way up grass and rock, to the high, wide, rocky summit plateau. This can be a bit of an anticlimax, as it is fairly featureless and isn't a great place to be in cloud.

But your heart beats harder as you approach the final cairn and gain the full glory of the huge 360deg views of Britain's highest landmass, although even here it is enhanced by wandering over to the edges a bit. Across the high, grey, undulating plateau to the north sits Cairn Gorm.

To the west, across the profound chasm of the great corrie at the final terminus of the Dee is the wonderful ridge running from Braeriach (no 3) south via sharp Angel's Peak to shapely Cairn Toul (no 4) and down to its thrilling terminus at Devil's Point. South across glistening Glen Dee is the elegantly slender CM ridge, with blue moutains receding to the far horizon behind it. And east are Derry Cairngorm and the long, deceptively dull looking Ridge of of Ben a Bhuird.

11 turn-off near ford towards Dee

3-4 back to big tor on Sron Riach ridge

4.15-5 to ford at river junction below ridge

This is demanding walking in remote mountains with uncertain weather. It can be very dangerous in bad weather, as it has great cliffs and crags to its west and east, and the plateau has more of them at its other edges. Come fully prepared, including to descend quickly if the weather deteriorates.

The Cairngorms: Walks, Trails and Scrambles – Cicerone. As usual, a brilliantly researched book covering 102 fantastic walks of all shapes and sizes, including several on Ben Macdui. And written by the at times poetic Ronald Turnbull. 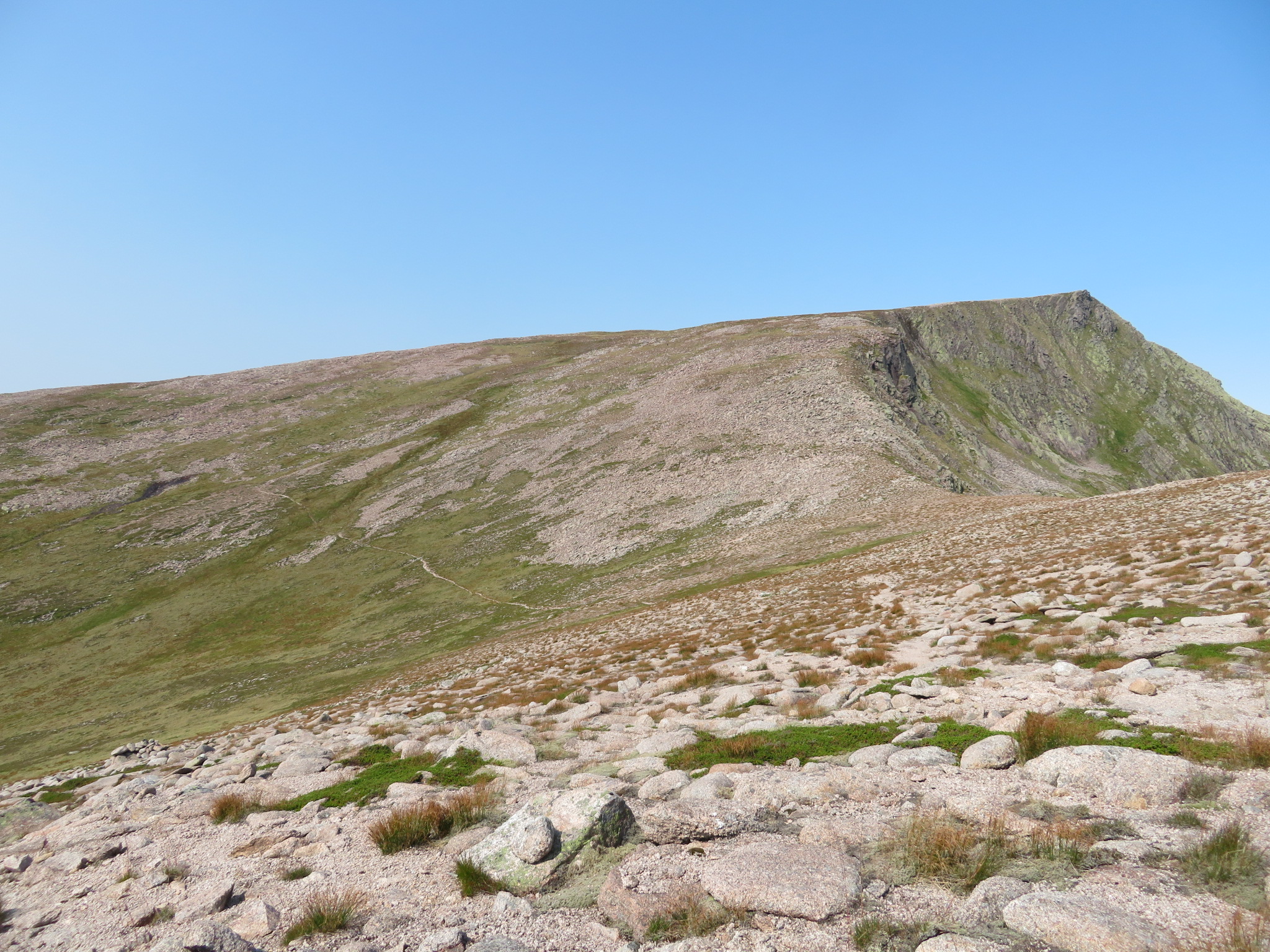 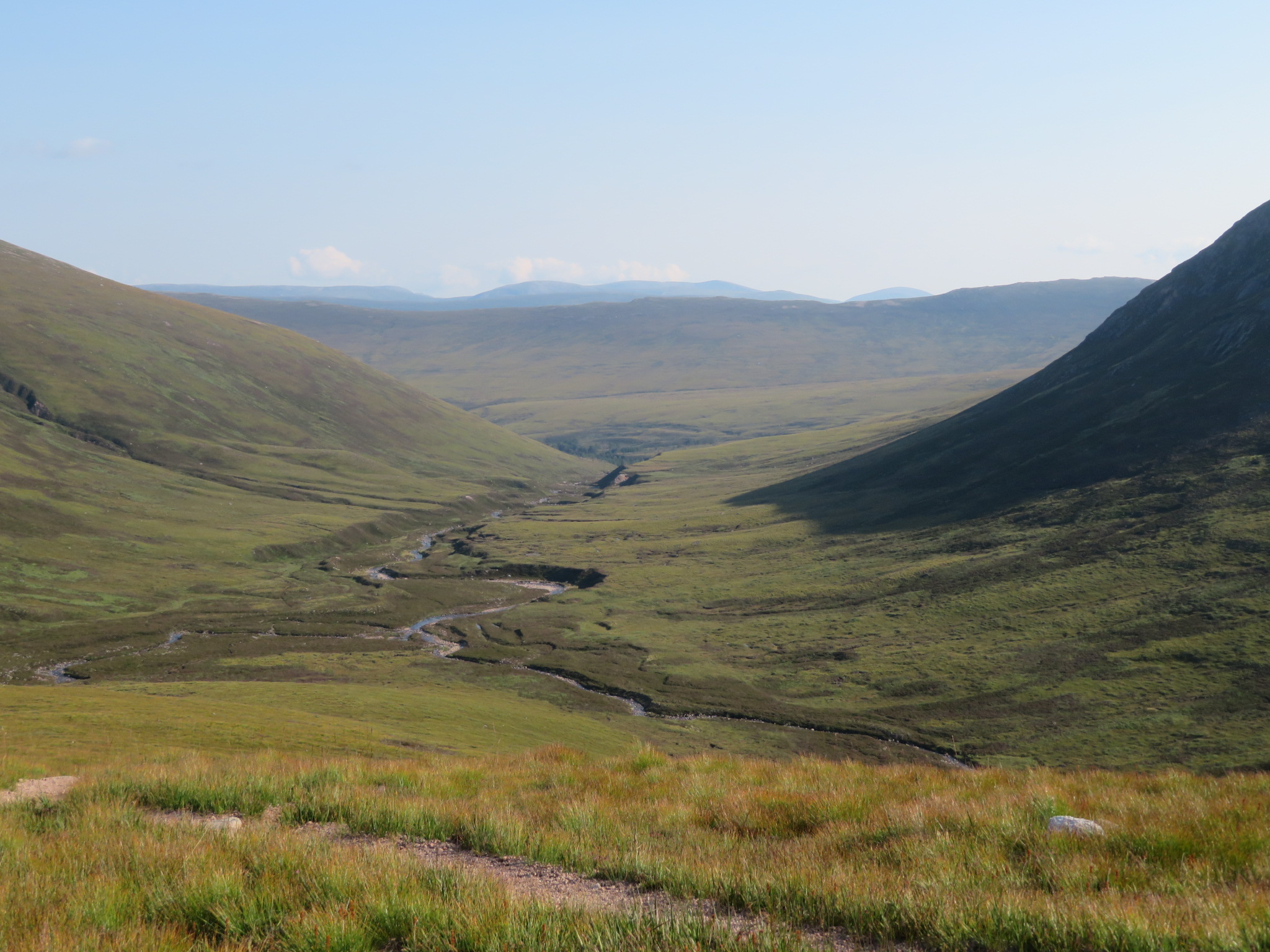 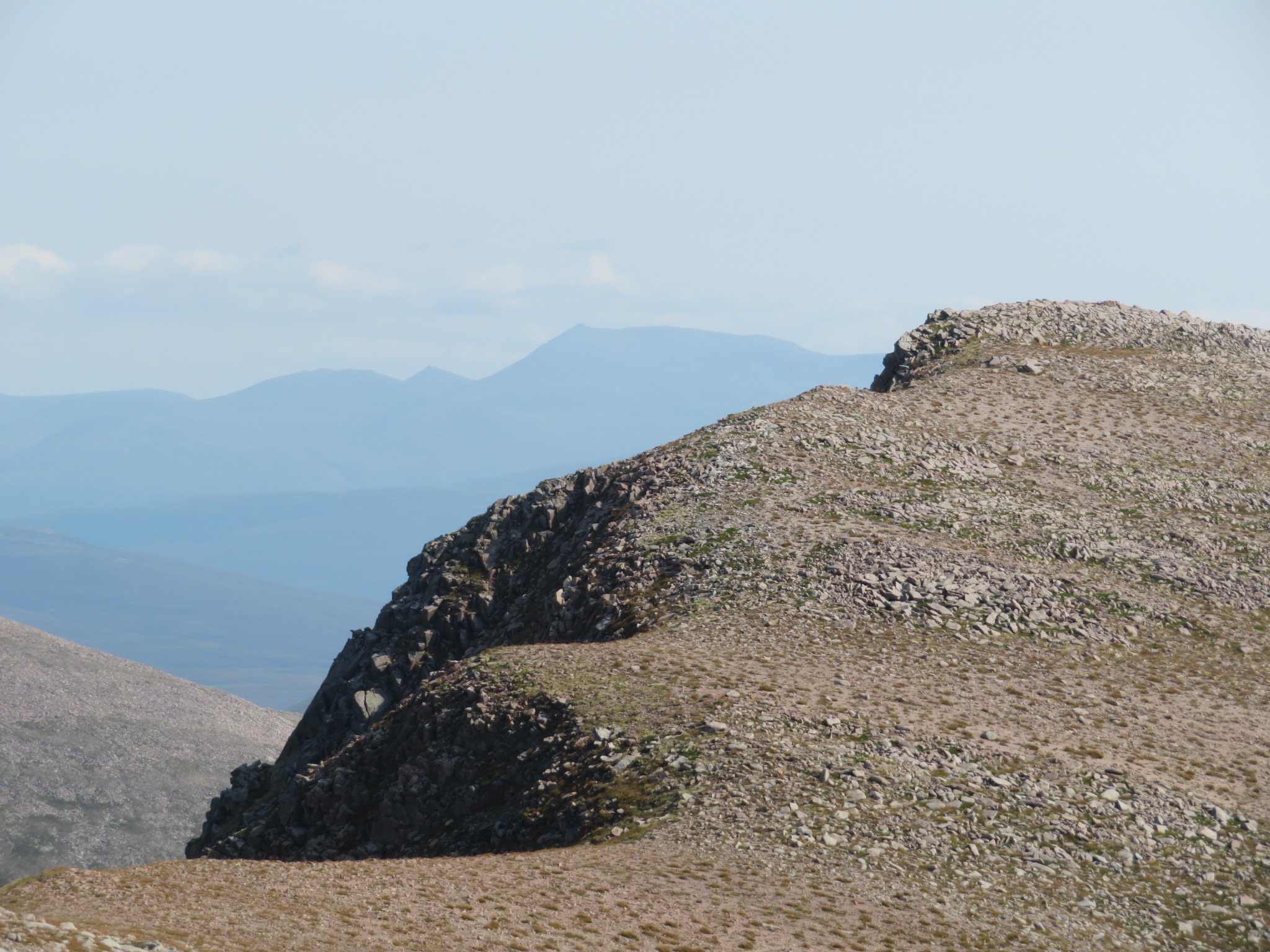