• Superb coastal walking in this stunning but less-visited area. So much to savour. 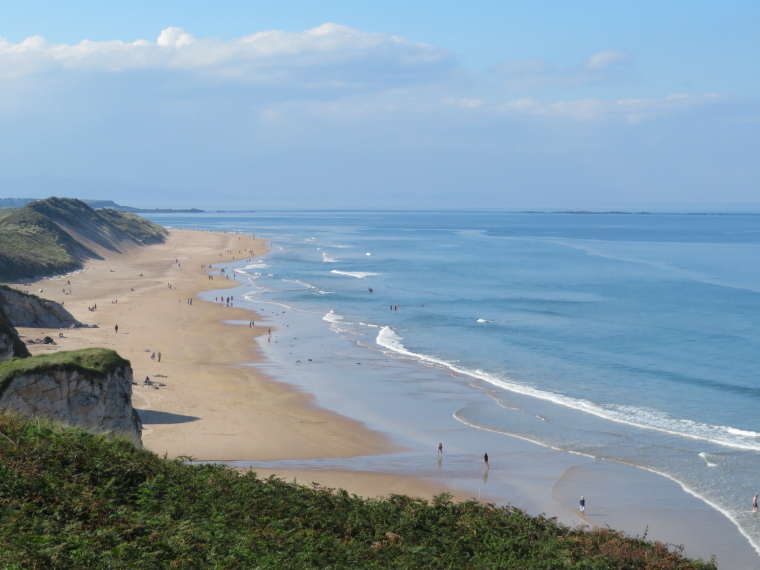 The final stretch from Balllintory to Ballycastle is largely on minor roads, so less exciting than the first two, and can safely be missed if time is short. The Way can be walked in either direction, but officially runs west to east.

Portstewart to Portrush to PortballIintrae: fine coastal walking with some marvels and delights, somewhat spoilt by a lot of development. This route can be walked in either direction, but west to east is most normal. Port Stewart is a nice Victorian resort with fine beaches either side. You leave the town walking through a golf course getting above low cliffs for an excellent walk, albeit always within the sight of development. Portrush appears across a bay, with a pretty little harbour and a low headland beyond with huge views along the coast. Then you are on the enormous Curran Strand beach, an endless stretch of wide, firm sand with huge sand dunes heaped up behind it. Then climb onto the hillside above the beach end. The next couple of kilometres would be wonderful walking, but for being right beside the main road. There are many delights, though: wildly eroded chalk cliffs, complete with holes and arches; a geologically fascinating layerings; the absurdly romantically sited Dunluce castle on its cliff-top. The approach to Portballintrae has fine views across its bay, somewhat marred by development.

Portballintrae to Ballintory: this is the finest day, and truly world-class walking. It is best walked from Ballintory, to build to a visual and atmospheric crescendo as the day develops.

Ballintory is a delightful harbour-hamlet at the head of a sliver of water surrounded by rough rocks. It was once a busy little port exporting cut stone. Heading west, meander just behind the stacks and reefs of this rocky shoreline, enjoying strange formations, narrow inlets and a slightly other-worldly feel. You round a sheer headland, which is impassable at low tide requiring a climb above the cliffs to walk some way behind the sea (ie, try to walk this stretch at low tide). You meet a huge view across rock-strewn shallows, down the long, golden expanse of White Park Beach, 2km of firm sand and joyous walking, to the ridge which leads out to Gid Point with its natural door through the cliff. Beyond it, you wind through more strange formations behind the sea, climbing to a new, airy world, meandering just behind the cliff-top for the next three hours or so, with reefs and grassy little coves below and the stern sea beyond, the hills of the Mull of Kintyre marking the horizon. You pass behind the scant, Viking-wrecked remains of Dunseverick Castle on a perfect green promontory, and the cove in which the Spanish Armada galleon Girona was dashed to pieces. The cliffs display increasingly clear layers of old basalt lava flows, including elegant fluted pipes and columns with rough layers above and below: early harbingers of the marvels of the Giant’s Causeway. A really beautiful, spirit-soaring stretch of walking. If you can do so safely, descend a steep path down a notch in the cliffs just before the Giant’s Causeway. A short stroll gets you to those famous, extraordinary, upright basalt columns which form the Giant's Causeway. It is weird and atmospheric, a true freak of nature, although, dare we say, slightly oversold.

Ballintory to Ballycastle: Walkopedia felt no urge to walk this stretch, as it is mainly on roads, with some 6 kilometres on a B road (admittedly with not much traffic) with no footpath. There are some good aspects, including the well-known (overhyped??) Carrick-a-Rede rope suspension bridge across a narrow gorge as it empties into the sea.

Walkopedia walked the Portstewart to Ballintory stretches in 2 days. We based ourselves in Bushmills, just inland from Portballintrae, and took a taxi out to the beginning of our walk each day, walking back to Bushmills for the night and thus not having any time constraints affecting our walking pace.

There are places to stay in all the towns and villages along the way (and in Bushmills just south of Portballintrae), although Portrush and Portstewart have the highest number. You would do well to book ahead if wanting to stay in smaller villages during the high season. There are plenty of places to eat, although you would need a picnic for the stretches between Ballycastle and Portballintrae.

https://walkni.com/walks/causeway-coast-way/ is an excellent source of information, including downloadable maps, accommodation and food, public transport and taxis and tourist information contacts.

An excellent overview of walks in the area here: http://walkni.com/wp-content/uploads/The-Causeway-Coast-and-Glens-A-Walkers-Guide.pdf 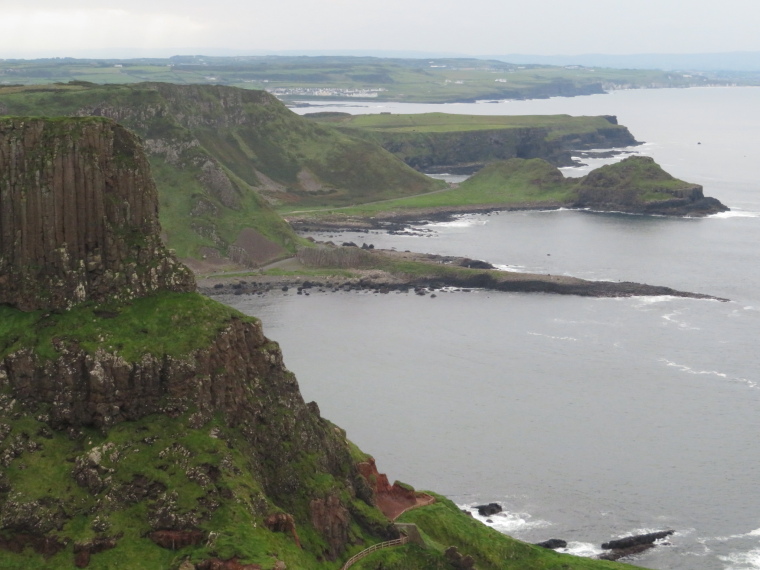 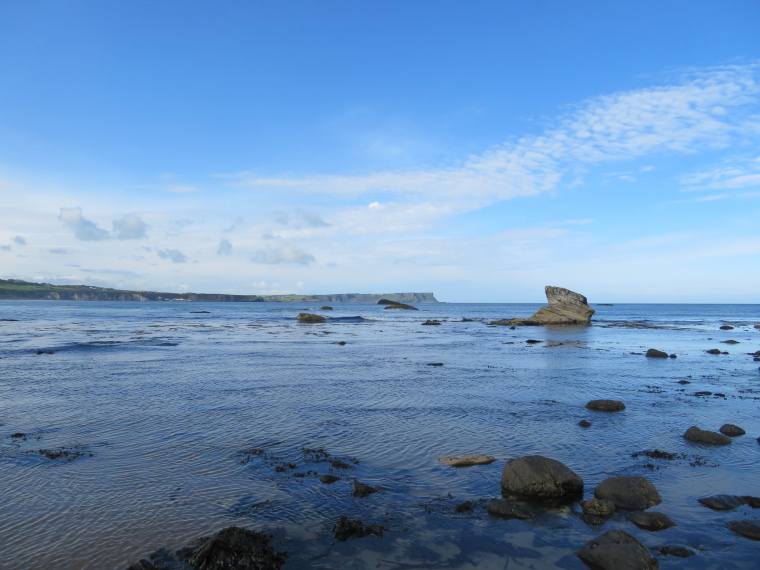 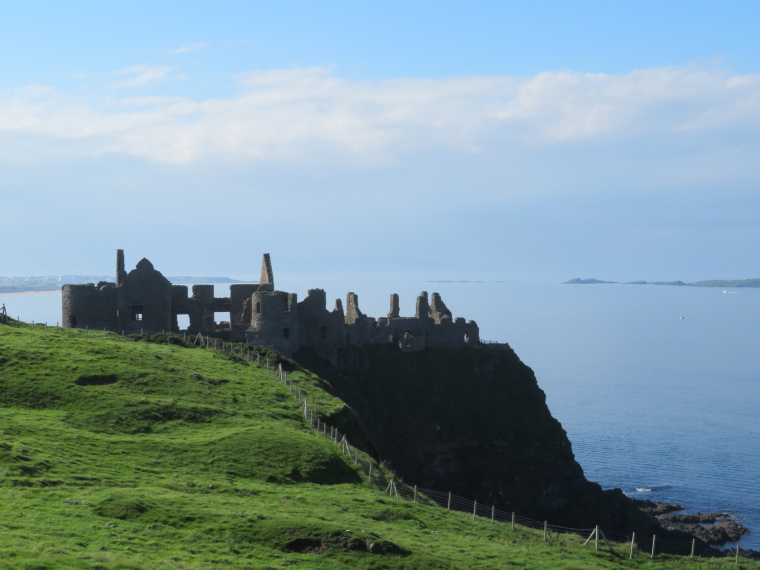