• A fine ridge-mountain north of Keswick, usually accessed from the south but also via the magnificent Longside Edge to the north-west and the huge and beautiful bowl to the east. 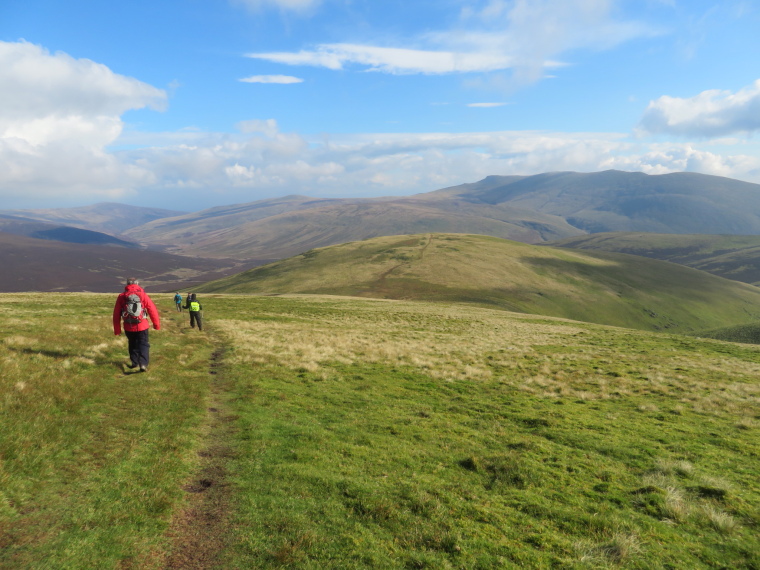 This fine 931m mountain north of Keswick, along with Blencathra the last major northerly peak of the Lakes, looks conical from the south as it looms elegantly over Derwent Water, but is in fact a ridge-mountain, with more complicated foothills: the magnificent long ridge from the north-west, which leads round via Ullock Pike and Longside Edge to meet the southern shoulder of the main summit; and beautiful grass-and-heather slopes, bowls and valleys to the west and south.

To the east, the Cumbria Way snakes up from Keswick, making a beautiful traverse of the upper slopes of the Glenderaterra valley to the lonely Skiddaw House, an old shooting lodge and shepherd’s dwelling in the huge bowl to the east of Skiddaw which forms the watershed between three river systems. You can make a gorgeous steady climb from Skiddaw House via Sale How to the southern end of the summit ridge.

Skiddaw is usually approached from the south up steep slogs of paths, not the Lakes’ most thrilling walking, with a long, steep slopes of slate and grit to grind up for the final summit approach, whichever way you come from, but it is a proper walk. But the eastern and western approaches are glorious, and make for a truly memorable day.

Walkopedia walked here on a bright but vaporous October day in 2020, when the views were vividly beautiful, but the peak never escaped cloud. We took a taxi from Keswick to the base of the long western ridge-approach, and climbed via Ullock Pike/Longside Edge. The summits was in thick cloud, so we skirted the steep base of the slatey summit slope on animal tracks, made a lunge at the cloudbound Little Man, and descended eastward via Sale How, Skiddaw House and the Cumbria Way, thus returning to Keswick with no time pressures. We walked this as the final day of a 4 day Cumbria Way/High Way walk, a perfect finale.

This is demanding walking in mountains with treacherous weather. Come prepared, be ready to improvise: there is little point slogging up to the peak if in cloud. Some of the Lakes’ most beautiful light is on showery, broken cloudy days, so don’t be disheartened by a mixed forecast!

There are no less than 25 inspiring Cicerone guide books on the Lake District (their speciality)! Find relevant books here 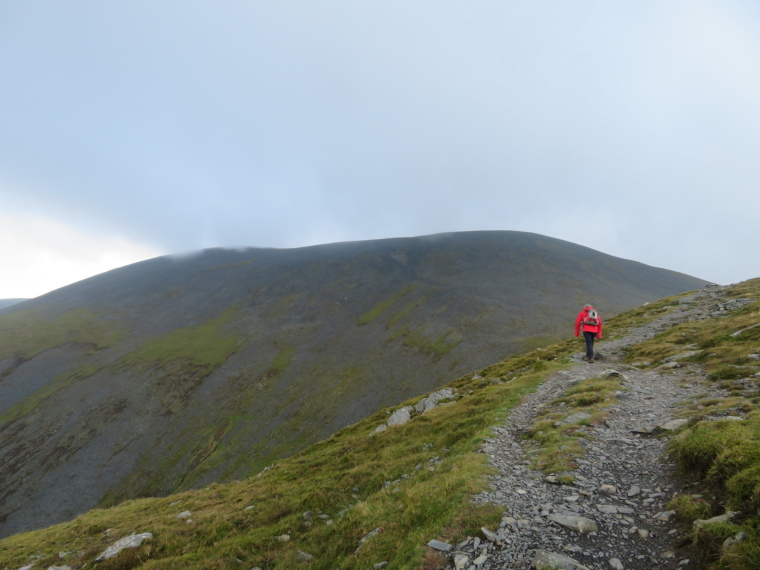 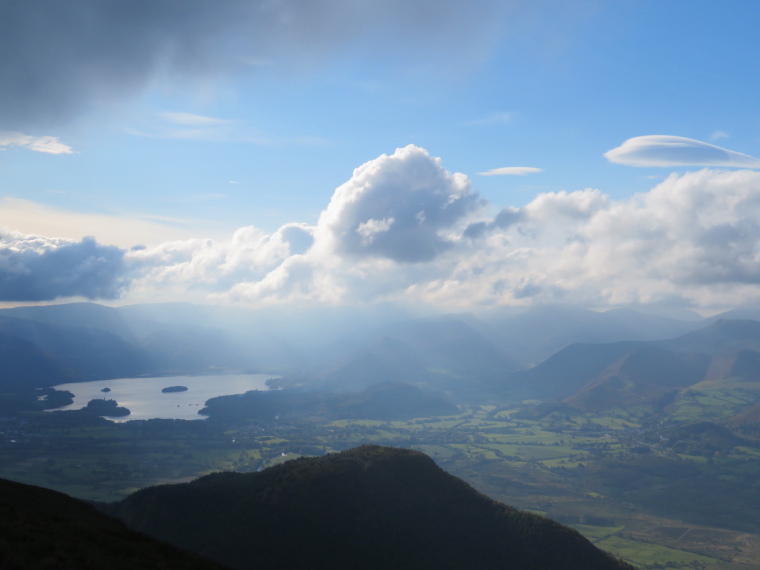 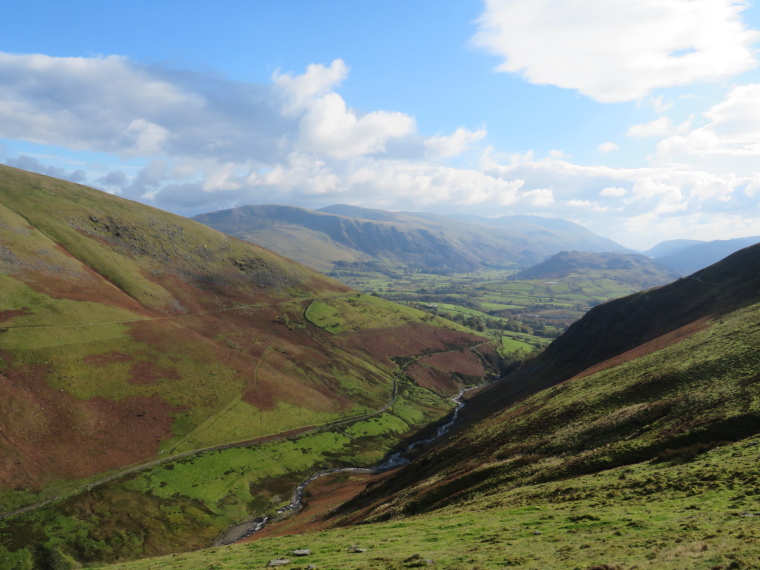