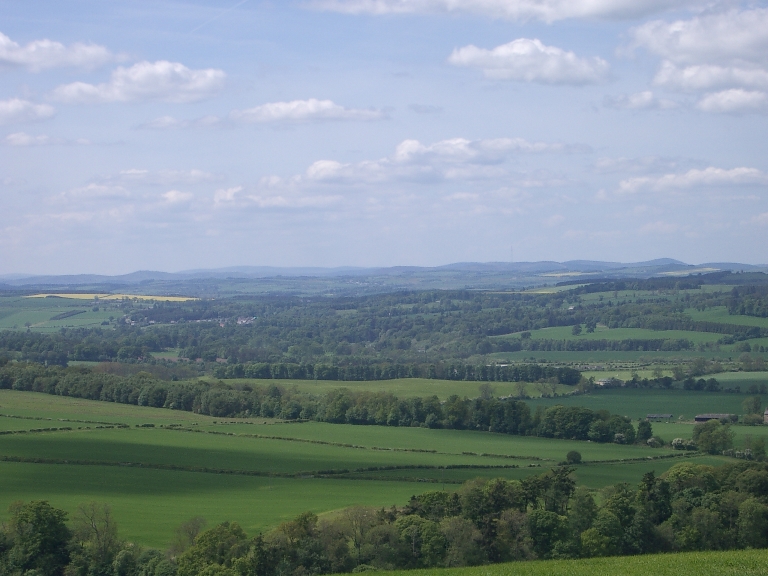 St Cuthbert's Way runs for 100km between Melrose in Scotland's Borders to Lindesfarne on the Northumbrian coast.

St Cuthbert (634-687) was Prior, a hermit and finally Bishop at Lindesfarne, and became famous as a prophet and a performer of miracles. He was educated at Melrose by Irish monks, evidence of the somehow surprisingly (to us moderns) international world he lived in.

While northern England received many pilgrims after Cuthbert's death, the eponymous Way is a recent creation, although following ancient routes - back to the Romans and before - for much of its course. It has variuous associations with St Cuthbert himself, as he walked this land extensively spreading the Word, as well as the periods of his life at lovely Melrose and holy Landesfarne.

Historical remains range from hill-forts and a Roman signal station on the Eildon Hills  to stretches of Roman road, to towers and castles recalling the centuries of raiders and border turmoil, to churches and abbeys, farms and towns, to the final causeway, ruined alley and castle at Lindesfarne.

The Borders, the hill country between England and the Scottish lowlands, is a beautiful and atmospheric area - and relatively empty of walkers. These are generally  grassy  hills and ridges, rolling rather than sheer, treeless other than a certain amount of rather depressing conifer forest, which separate valleys which vary from rushing upland streams to the grand, valleys of impressive rivers such as the Tweed. The scenery includes rough crags, moorland, hill farmland and wide stretches of good arable land. And even coastal cliffs and wildlife reserves.

The landscape is shaped by its geology: sedimentary rocks have been buckled and lifted by the impact of the Highlands with the European tectonic plate, resulting in gentler, in more rounded hills than the rough, broken grandeur of the ancient, igneous Highlands.

The route is divided into the following sections:

The Way begins by crossing the peculiar but delightful Eildon Hills , a group of three steep volcanic tumps  protruding from the rolling countryside just south of Melrose, which offer grand 360? views of the surrounding landscape. A hill fort and Roman signal station crown the northernmost hill. Unusually for the area, they are heather-clad.

After that it is the Tweed valley and rolling farmland for some way. The 25km (16 mile) stretch of the Way between St Boswell's  and Harestanes, south-east of Melrose, follows a delightful curve of the Tweed then a stretch of Roman Dere Street.

The path then skirts the Cheviot Hills between Cessford castle and Wooler, crossing the border into England. Then it is the rather bleak moorlands of the Northumberland National Park.

After some relatively tame coastal plain walking, you get your first sight of Landesfarne at St.Cuthbert's Cave, where the Saint's body is said to have lain after being purloined by maurauding Vikings.

You then cross  the tidal sand and mud flats to the Holy Isle, either on the modern causeway or along ancient Pilgrim's Way, which is marked by stakes in the sand.

Have a look at the dreaded TripAdvisor - you should get some good, current views on relevant areas.

This page is at an early stage of development. Please help us by recommending your best walks, making suggestions and sending photos! Thank you! 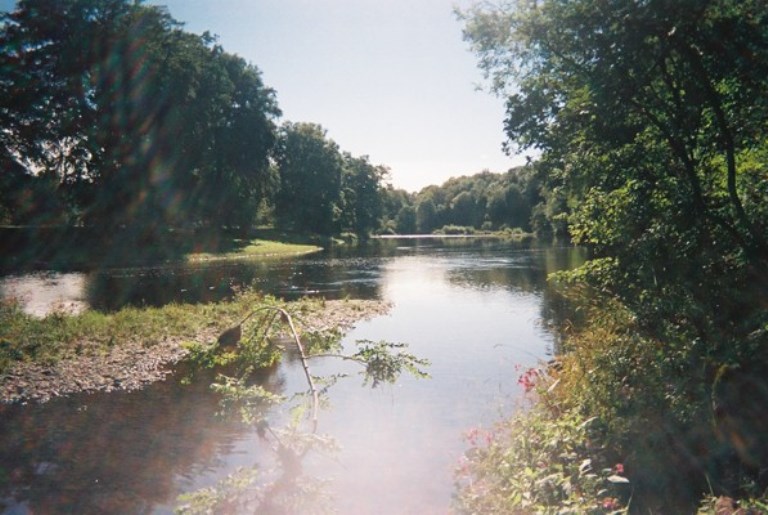 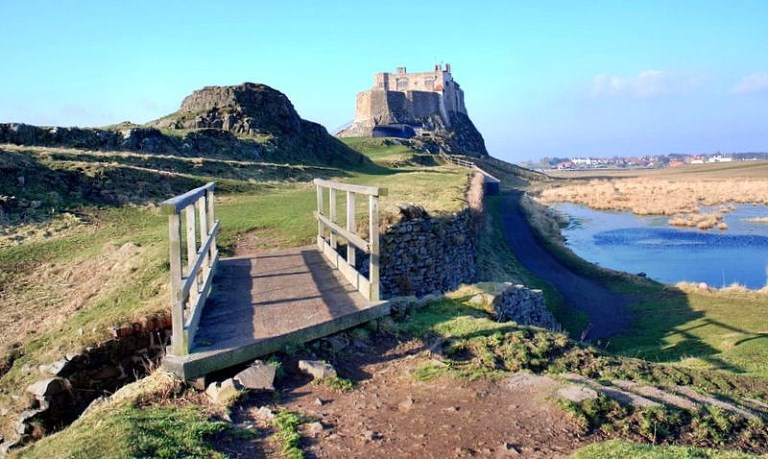 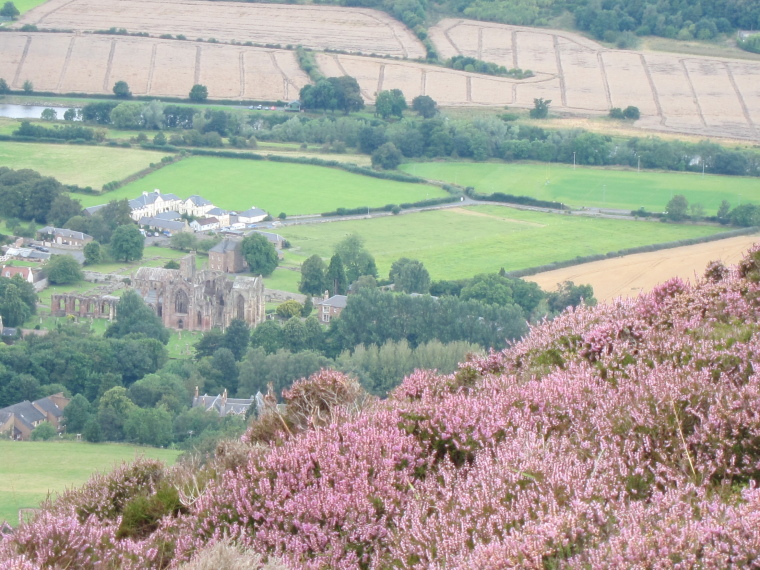