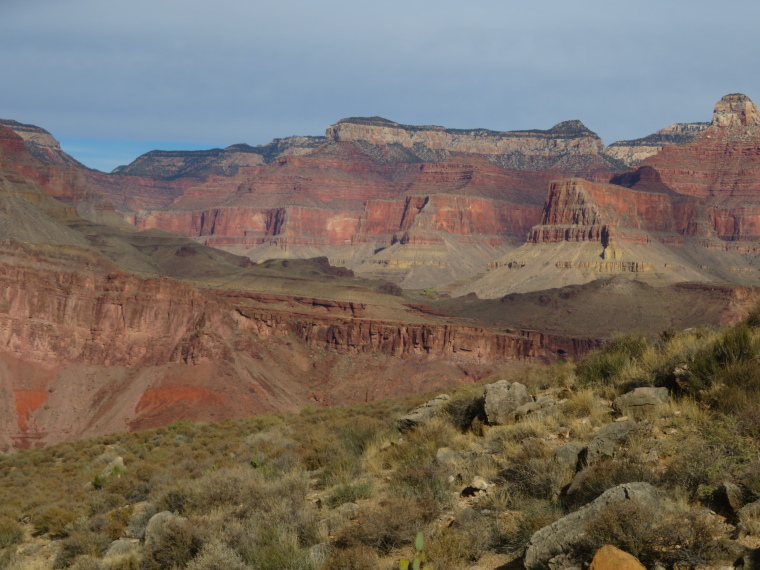 The Grand Canyon National Park is one of the Seven Natural Wonders of the World, a World Heritage Site, and geological heaven. It is hard to overpraise the canyon’s raw, outlandish shapes and formations: they are justly famous. The sheer size of the Grand Canyon is astounding.

The Tonto Trail meanders for approximately 70 miles along the Tonto Platform, deep in the Canyon, often on the lip of the inner Colorado canyon, and sometimes down alongside the river. It is the longest trail in the Canyon and connects with tracks all over the sprawling canyon complex, enabling circuits, loops and plenty of other options.

The Tonto Platform is a long and rugged plateau-ledge of harder, slower-eroding, rock, which separates the inner gorge from the cliffs and buttes of the upper canyon.

If every viewpoint along the Canyon’s unending rim opens up breathtaking new panoramas, the vistas from within its entrails offer different and exhilarating perspectives. You can feel as if you are at the heart of a huge bowl, surrounded by mountains, or in a long wide valley between marching escarpments, such is the size of the place.  As well as Red and Garnet Canyons, the trail passes close to Horn Creek and Salt Creek, and almost underneath the imposing Tower of Set.

The Tonto Trail’s greatest walking virtues are its (relatively) level walking as you wind along the inner platform and its role as a linking trail, enabling you to create connected loops and circuits. Its most-walked section is the magnificent 4 miles between the The Bright Angel Trail and South Kaibab Trail, which you can use to walk our Grand Day Loop.

The Tonto Trail connects with the following South Rim walks (west to east):

The Cicerone guide has good information on all these walks.

While the Tonto Trail is generally moderate walking, getting to/from it from/to the rim isn’t! Plan your day very carefully and take lot of water.

See our Grand Canyon page for much more on this and its linking walks, and detailed practical information.

And here is the Tonto Trail, the great canyon-long mid-flanks  traverse. It looks incredibly enticing as snakes away, less maintained and a whole lot emptier. We turn west for Indian Garden and the Bright Angel Trail, 4 miles away.

The next 2 hours are extraordinarily delightful walking, winding  steadily across the slopes, turning into the deep recess of the Pipe Creek Canyon, enjoying the sudden appearance of bright golden autumnal leaves in its depths. Snack time. All around is the drama of the vast walls of the great canyon. It is so huge and the platform so flat, with..... 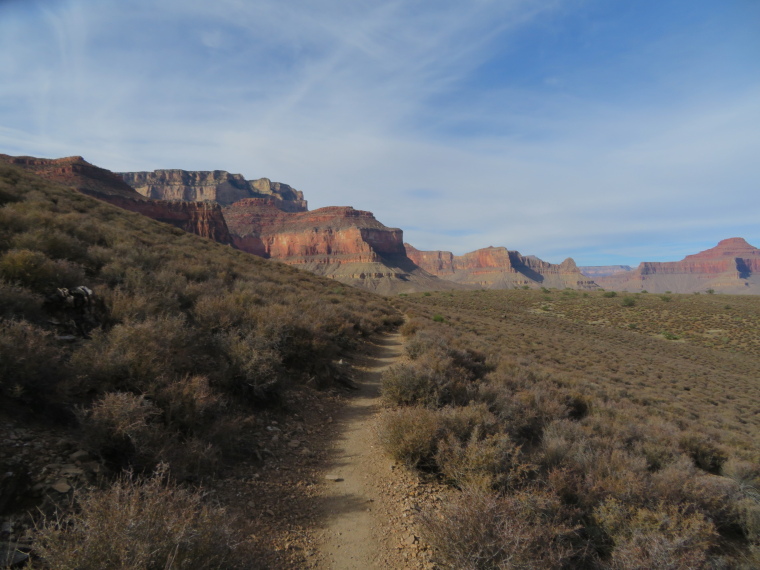 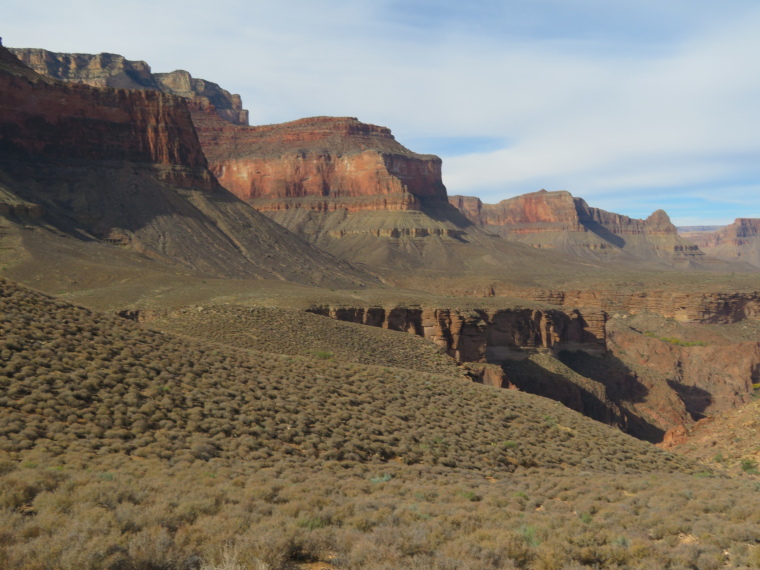 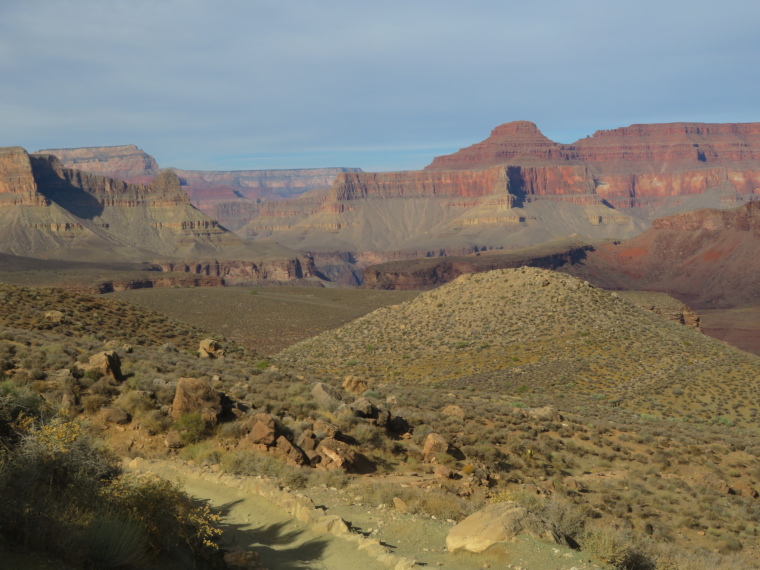