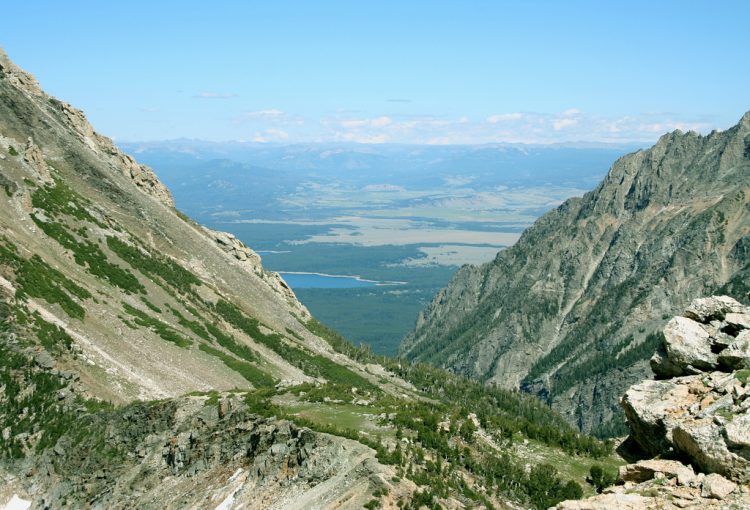 Despite the renown of the Teton Crest Trail (and increasingly the Grand Teton Loop), the Paintbrush Divide/Cascade Canyon Loop is becoming increasingly seen as the 'premier' hike in Grand Teton National Park. At around 35km, it can be completed in a long day - but is a strenuous walk. Circling from Leigh Lake Trailhead back around to Jenny Lake, and climbing up and down the Paintbrush and Cascade Canyons, this trail passes through rich alpine forests and, above the timberline, crosses the jagged, barren cliffs of the Paintbrush Divide. Panoramic views stretch out in all directions.

Down in the canyons, there are sub-alpine forests of fir, pine and spruce, inhabited by marmots, ground squirrels and pikas (a small and very appealing relative of the rabbit); further up, glaciers dominate an alpine landscape.

The Loop begins at the Leigh Lake Trailhead, on the shores of String Lake at the String Lake picnic area, reached by taking the North Jenny Lake Junction off Teton Park Road. From here it is only around three miles to Paintbrush Canyon and the ascent begins, gradually for the time being. It is possible to take a slight detour to see picturesque Holly Lake: just take a right turn at the Holly Lake Trail junction, 5.8 miles into the hike.

Next comes the difficult ascent. With magnificent scenery stretching out in all directions, and a fantastic 360 degree panorama on the Divide itself, the effort expended is well worth it. From 3,245m, the trail begins to descend again, down to Cascade Canyon. Highlights here include Lake Solitude (the biggest lake in the Grand Tetons accessible by trail) surrounded by alpine wildflowers, and the classical Rocky Mountain scenery viewed from its shores.

Walking through the airy canyon is a delight, with almost constant views of mountains providing a backdrop to the pretty Cascade Creek. Upon reaching the junction of the North and South Forks of the Cascade Canyon Trail (known as the Canyon Fork), take a left towards Jenny Lake. Follow the path along the western shore of Jenny Lake northwards for around 1.7 miles, back to String Lake Trailhead.

The route can be done in the other direction, depending on whether one prefers to ascend or descend the precipitous slopes of Paintbrush Canyon. Most people take the route described here: a steep ascent is generally easier than a steep descent, and this way it is over with early on in the day. In addition, the descent into Cascade Canyon in this direction gives a particularly stunning vista over Teewinot Mountain, Grand Teton and Mount Owen, known as 'the Cathedral Group'.

For general information on the area and specific information on the trail and its current conditions, the nearest ranger centre is on the eastern shore of Jenny Lake, where the shuttle boats leave. This is about 3 miles south of the trailhead at String Lake, and also easily accessible off the Grand Teton Road.

Bear in mind that this is a strenuous walk, with a steep initial ascent, and some significant challenges. A snowfield causes problems through until August, and if you hike the trail before then an ice axe is advisable. Try and set off early, and be off the Divide itself before midday and afternoon thunderstorms become a possibility.

For easier day walks, the Jenny Lake area is also ideal. Hike from the lake past Hidden Falls and Inspiration Point for a shorter alternative route to the beautiful Cascade Canyon. If you want to make this a two-day hike, then ensure you have an appropriate backcountry camping permit. 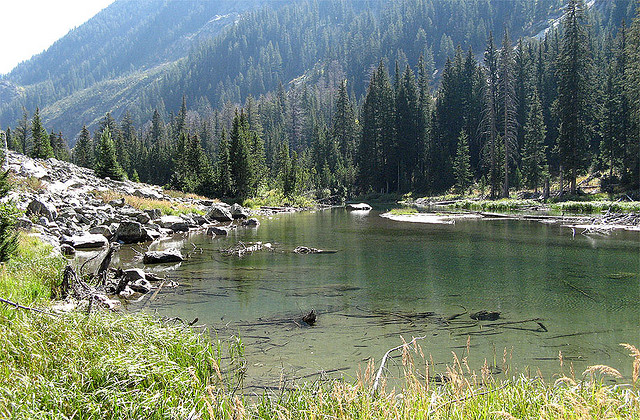 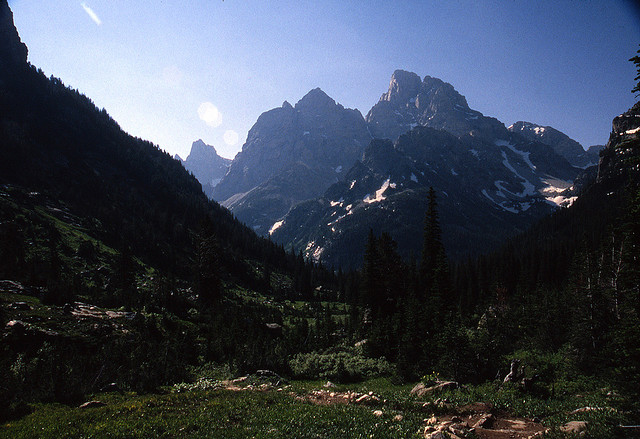 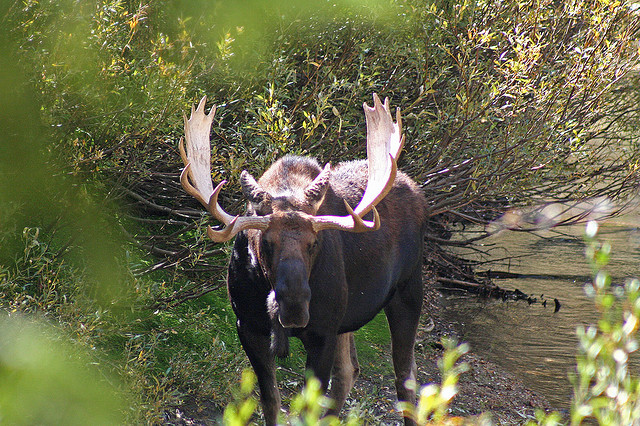