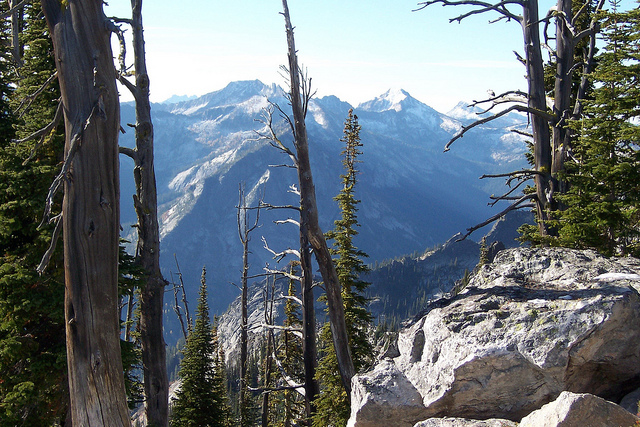 The Bitterroots of south-western Montana form one of the largest and most untouched regions in the continental United States. The huge, rugged granite peaks found here challenged Lewis, Clark and their Native American guides in 1805, and they continue to confront and defy even the most audacious hikers and climbers today.

Bighorn sheep, mountain goats, elk, moose, mountain lions, wolves and a small population of grizzly bears, reintroduced relatively recently, inhabit the forests, valleys and steep mountainsides. With huckleberry patches, meadows of flowers (including the pretty pink Bitterroot, the state flower of Montana and the area's namesake), and forests of Ponderosa pine, this is truly a wild western wilderness.

Despite their isolation, the history of these mountains is varied and interesting. In 1805 Lewis and Clark, aided by the Shoshone Native American Tribe, crossed the Bitterroot Range in the area several times: over the Lemhi Pass and into the Salmon River Valley, then into the Bitterroot Valley from the south. Following the gradual population of the American West by Europeans, settlements grew up in areas around gold discoveries - existing now only as ghost towns.

Between 1943 and 1945, Idaho?s beautiful Clearwater National Forest was home to Kooskia Japanese Internment Camp, and recent archaeological excavations have stirred up this almost forgotten side to the region's history; the famous Lewis and Clark Highway, running between Lewiston and Missoula, was built by interred Japanese rather than intrepid Americans.

More recently, the Bitterroots have played a central role in debates on environmental damage, particularly with reference to sustainable forestry. Human activity has led to significant soil erosion which is not helped by a short growing season and dry summers. Forest fires are a big problem, and occur with often alarming regularity.

In spite of these ongoing ecological issues, walking in the area is a delight, and opportunities abound for both stunning one day hikes, and challenging multi-day treks. The jagged granite summits also provide abundant opportunities for 'peak-bagging'.

The highest, at 3,096m, is Trapper Peak, which can be reached by a four and a half hour round trip (8.4 miles) from the Trapper Peak Trailhead ? although the trail tails out around half a mile from the top. A more popular choice is the Lolo Peak Trail, just outside Missoula. This is a strenuous day trip with a steep climb of 3,300 feet, but with ample reward in its spectacular views over the Missoula Valley and the Selway-Bitterroot Wilderness.

The stretch between the Lolo and the Lost Trail Passes contains the most rugged terrain of the mountains, earning the area the sobriquet of ?the Montana Alps?, and the wonderful Lolo Trail was described by Lewis and Clark as perhaps the most challenging area on their expedition across the Rockies. Perhaps the best known long walk, Lolo Trail forms the northern route across the Bitterroots, and had been in use by the Nez Perce Native Americans for centuries prior to the arrival of Europeans.

The 1,170 mile (1,883km) long Nez Perce National Historic Trail, the route taken by around 750 men, women and children as they fled from the US army in 1877, runs for some of its length along the Montana/Idaho border, and incorporates the Lolo Trail. For the less ambitious, the Divide Trail (or Trail 16) is a beautiful day walk, following the Bitterroot Divide for seven miles north of the Nez Perce Pass, with some excellent views over the wildernesses of both Montana and Idaho.

The Continental Divide Trail passes through here, after switching strongly to the west near Butte and circling the 'Big Hole' valley, and this part of the hike is fantastic, with classic alpine scenery and dramatic, untamed wilderness. 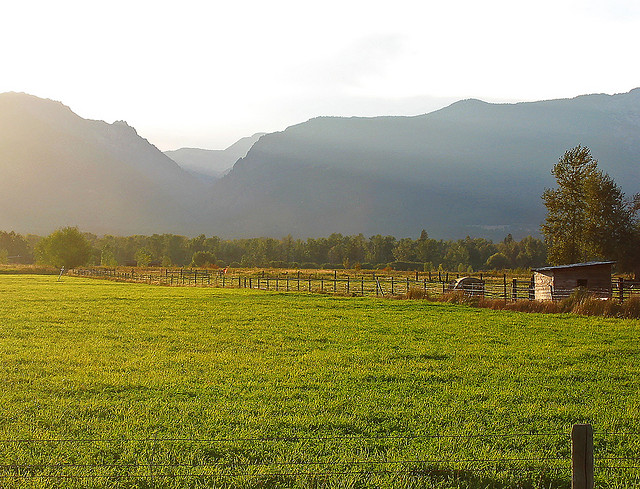 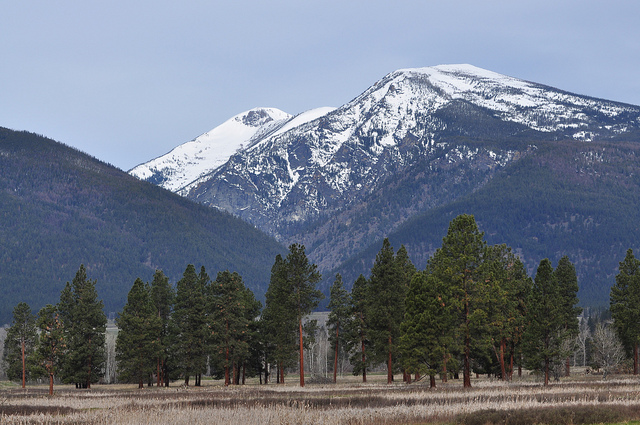 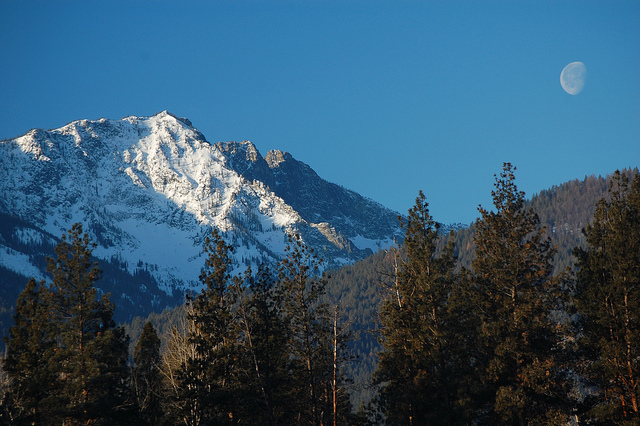