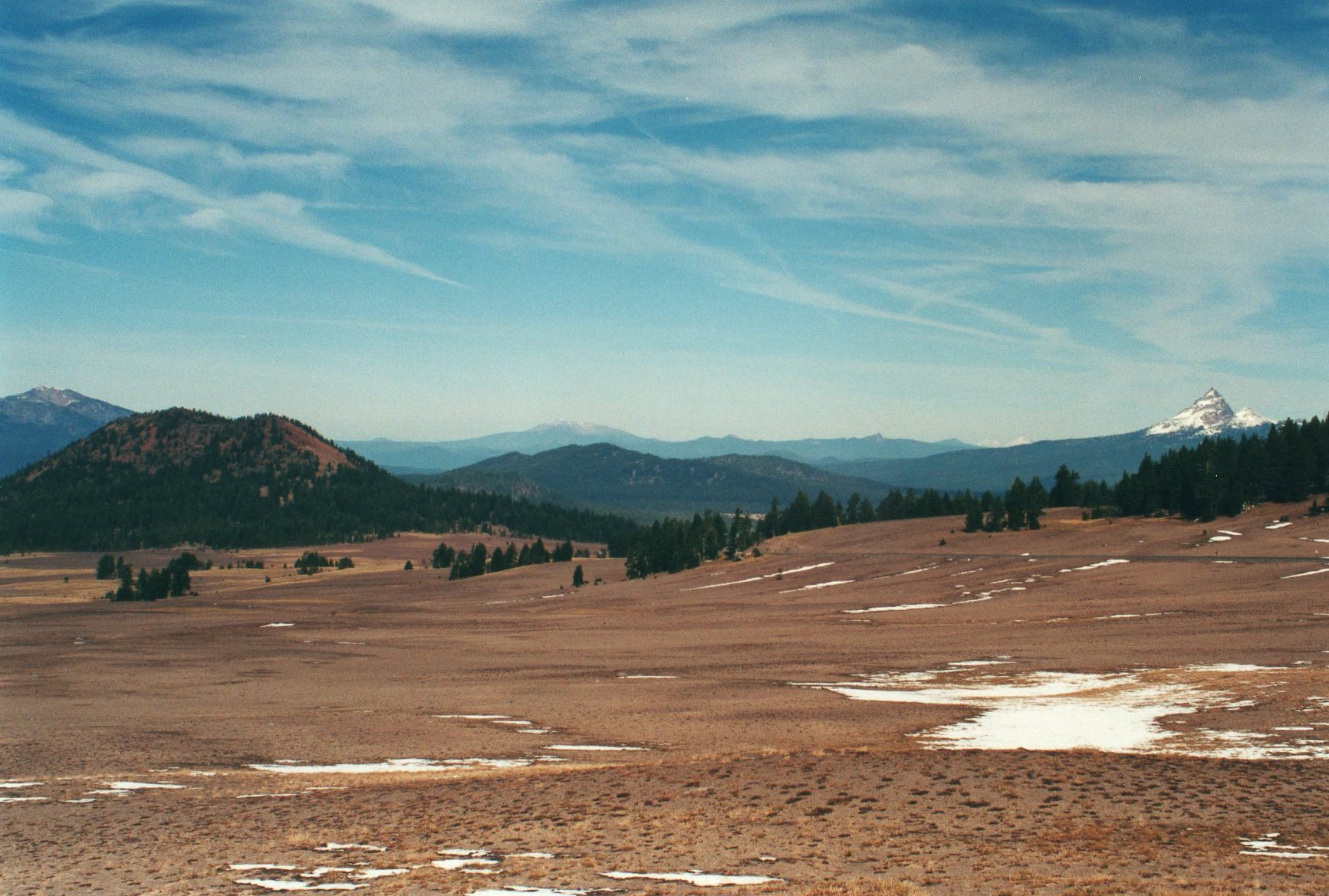 As with many of the world's best walks, Crater Lake is a bit freaky. A huge volcano, Mt Mazama, exploded catastrophically some 7,700 years ago. Nothing especially unusual so far (other than size – it was the largest explosion in the Cascades for millions of years), but get this: it left a perfect crater rim, up to 9.7 km across, varying less than 300m in height in its entirety. Inside, beneath its cliffs, is a huge and very blue caldera lake, containing a new little ash cone. At 1,943 feet (592 meters) deep, Crater Lake is the seventh deepest lake in the world and the deepest in the United States.

Initially christened "Deep Blue Lake" by John Wesley Hillman, the first European American to lay eyes on it in 1853, Crater Lake has long been sacred to the Klamath tribe of Native Americans, who may have witnessed the explosion of Mount Mazama and the development of Crater Lake.

Due to several unique factors, most notably that it has no tributaries or inlets, the waters of Crater Lake are some of the purest in North America.

At 2,440m (8,000 ft), Crater Lake is the highest point for mile around; look one way and see the serried uplands of Oregon’s Cascade range; turn around and you are gazing across this wonder of nature.

You can walk round the lake in a day, enjoying the changing light and new angles; or make shorter expeditions if you prefer: the choice is yours.  There are many places to walk, depending on how you feel; the paths tend to wind through the pine forest of the outer slopes, emerging regularly to breathtaking views on the crater rim.  One of the best of the shorter walks is the one hour round trip from the Crater Lake Lodge to the peak to its south, the highest point of the rim, to discover the area’s best views.

The air is thinning here, so be prepared to be a bit breathless.

A extract from Wild by Cheryl Strayed:

“My guidebook had been correct: my first sight of it was one of disbelief. The surface of the water sat 900 feet below where I stood on the rocky 7,100-foot-high rim. The jagged circle of the lake spread out beneath me in the most unspeakably pure ultramarine blue I’d ever seen. It was approximately six miles across, its blue interrupted only by the top of a small volcano, Wizard Island, that rose 700 feet above the water, forming a conical island upon which twisted foxtail pines grew. The mostly barren, undulating rim that surrounded the lake was dotted with these same pines and backed by distant mountains.” 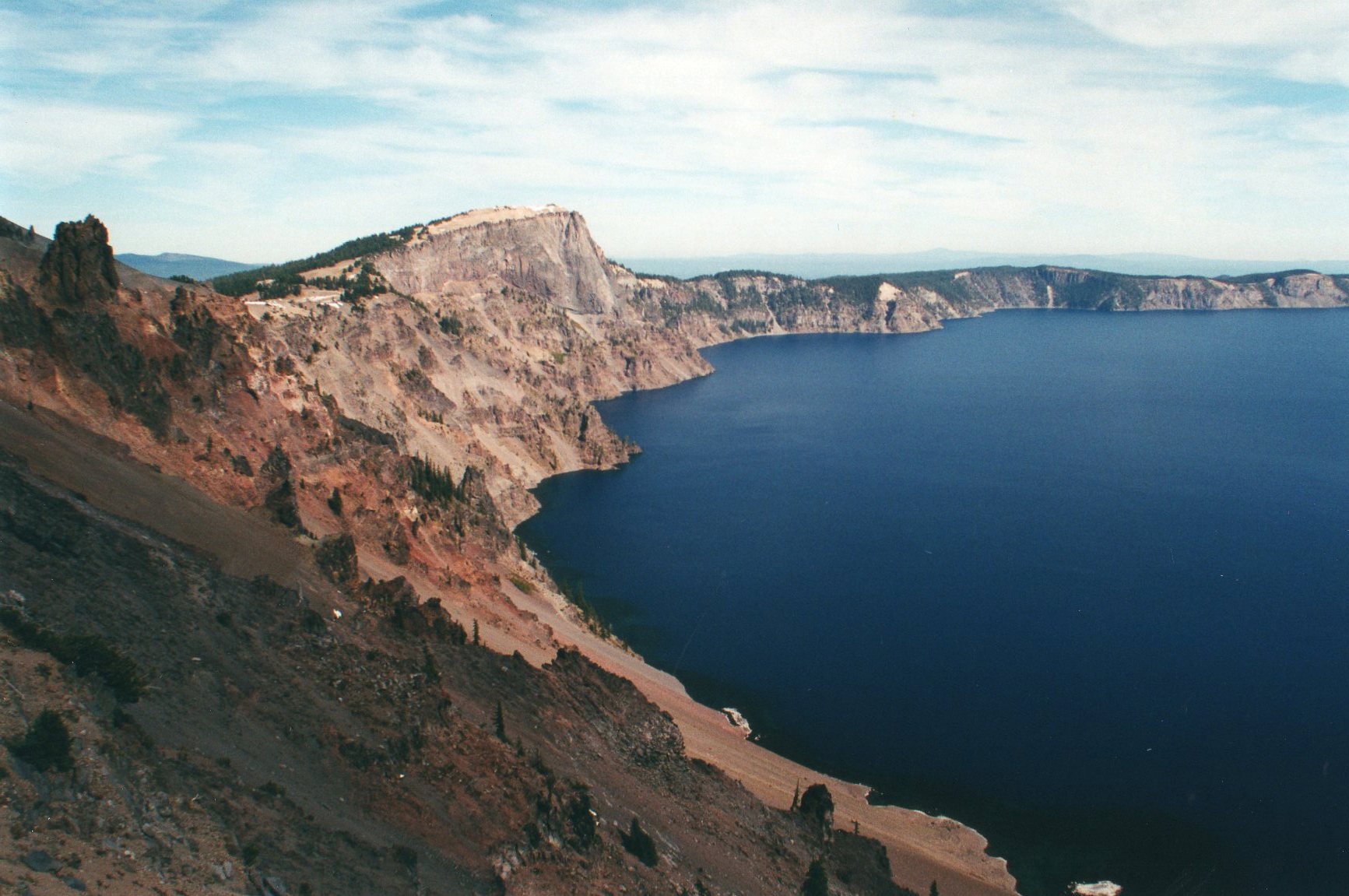 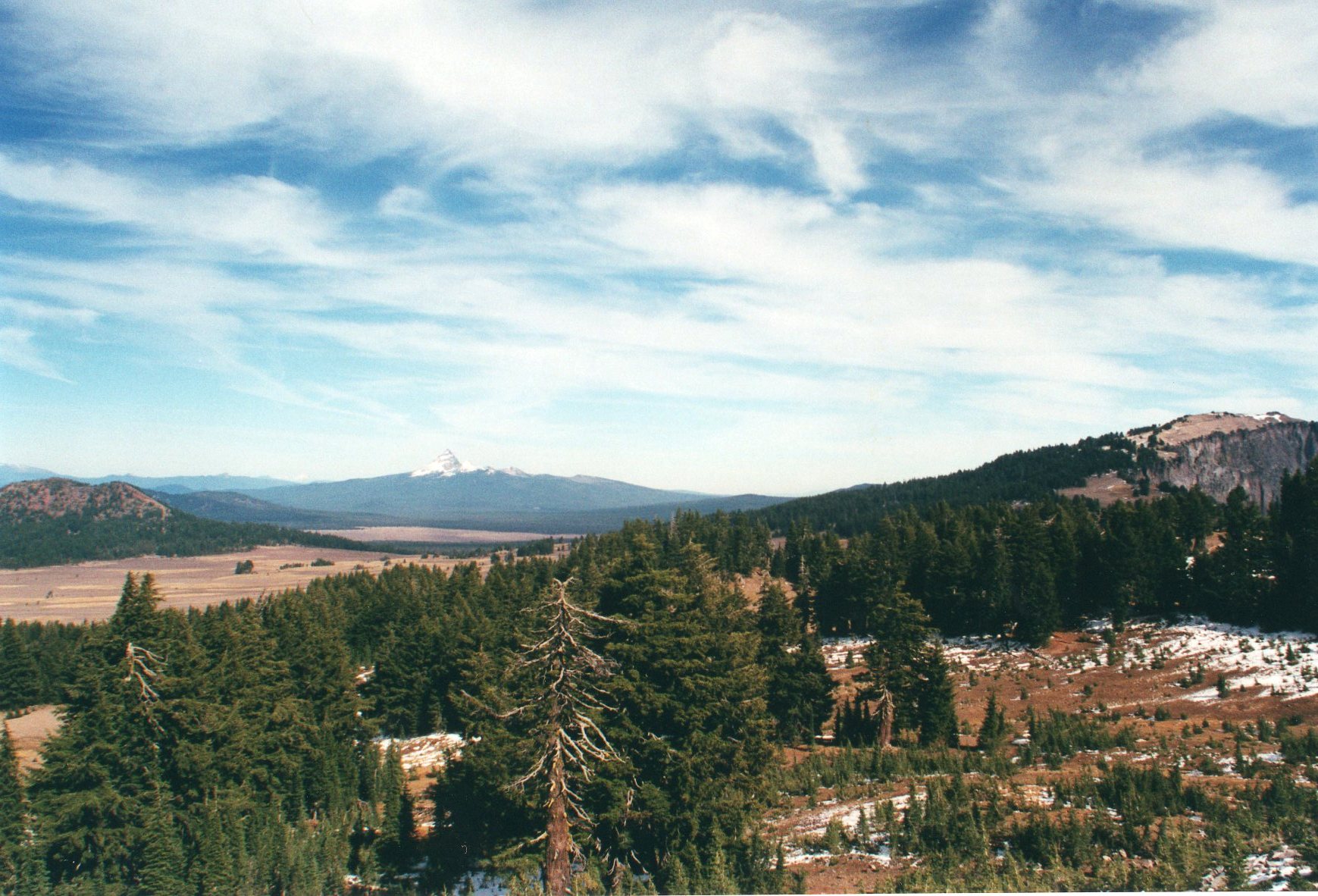 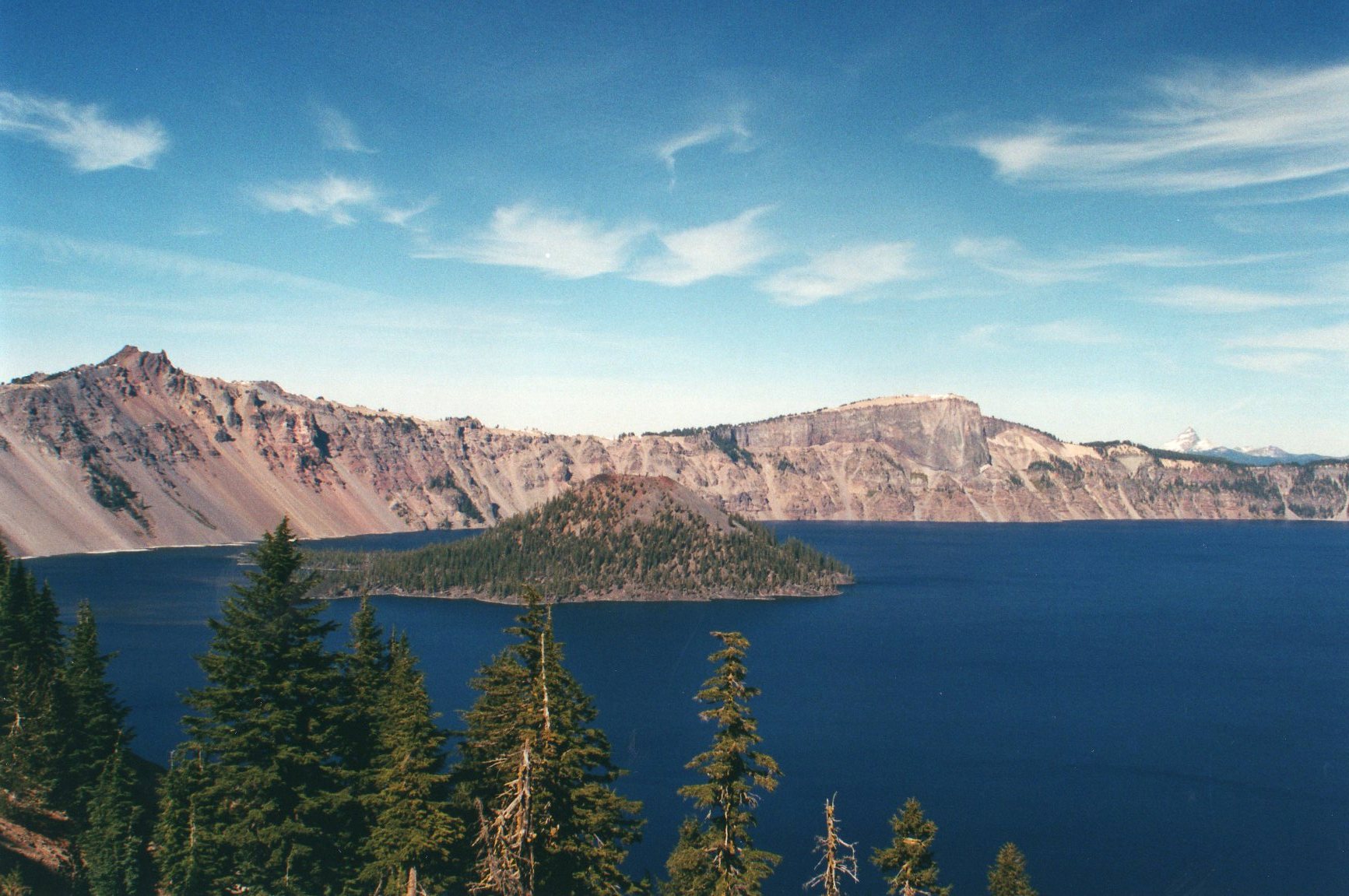