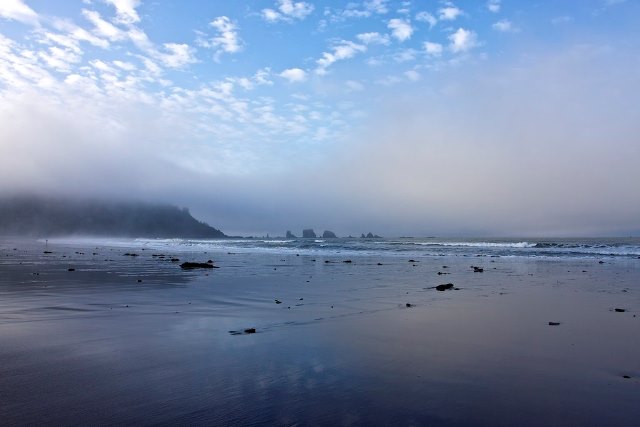 "This hike spans approximately 40 miles of coastline from La Push, WA, on the southern end to Neah Bay, WA, at the northern end. The entirety of the hike is on beautiful wilderness coastline save for several overland trails that bypass impassible headlands. Although some of the major campsites are fairly popular and well-trafficked, the majority of this coast is extremely remote and hardly traversed. Except for the overland passes, the hike is done entirely on the coast line (i.e. there are no trails). The entire stretch of the hike is essentially stretches of land 1-2 miles long bracketed by points on either side.

Like the rest of Olympic National Park, the scenery is extremely diverse providing intimate access to the coastal ecosystem as well as the adjacent forest with a backdrop of snow-covered mountains.

The area has a long history of human activity, as it has long been the home of the Makah and Quileute tribes. Additionally, the coast has several memorials to dedicated to sailors who perished in shipwrecks off the coast as well as a WWII-era vantage point where US soldiers diligently watched the seas for signs of Japanese military activity.

The scenery along the coast is constantly changing as the tides reveal and then re-cover large swaths of seaweed covered rocks, leaving behind tide pools with many creatures including starfish, anemones, crabs and mussels.

Predatory birds are frequently seen overhead and foraging deer graze undisturbed along the coast. Seastacks rise up from the ocean, some being several hundred yards offshore, which add a surreal element to the scenery. Millenia of wave action and erosion have shaped them in peculiar ways, most notably in arches that can be walked through.

I would recommend this hike during the months of June-August as this is when the Pacific NW experiences a dry season. Expect temperatures to be in the 60's during the day and the 40's-50's at night. Depending on your pace, this hike can be done in 4-7 days. Carry a tide chart and watch and be mindful of high tide as headlands will become impassible and areas of the coastline can be washed out." 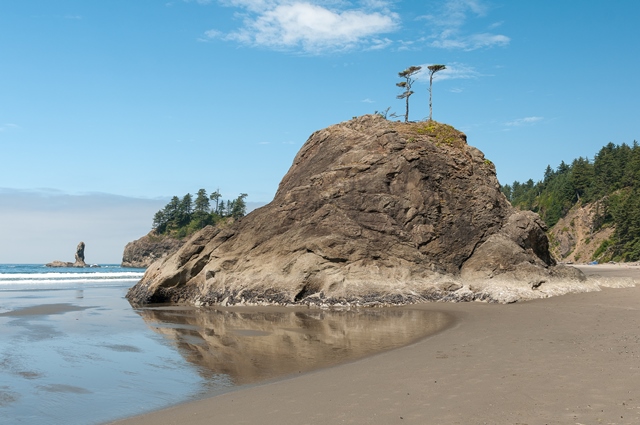 
The Wild coast of Olympic National park breaks conveniently into three sections, each walkable in three days with plenty of time for wildlife viewing. Here are comprehensived descriptions of each section, with photographs The walks were taken in 2016 (middle section, Shipwreck Coast), 2017 (Northern Section, Shi Shi to Cape Alava), and 2018 (southern section, Wildcatter Coast). 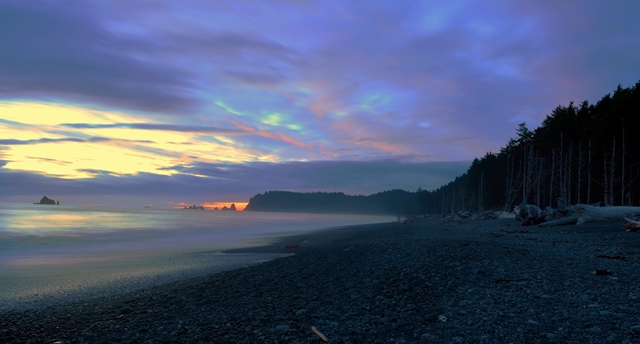