Towering over the Sawatch Mountain Range, Mount Elbert and Mount Massive are the U.S. Rockies' two highest mountains, standing at 4,399m and 4,396m respectively.They are two of the three highest mountains in the contiguous 48 states, dwarfed only by Mount Whitney.

Many feel enough of a sense of achievement from climbing just one of these peaks; climbing both, on consecutive days, is an impressive feat. For those with even higher ambitions (and necessarily very high levels of fitness), it is just about possible to climb both in one day. They can be hiked on a short side trip from the Continental Divide Trail.

This is tough walking in high, remote mountains, on which you will have to be self-sufficient and where altitude can cause real problems. Weather here is very unpredictable (you can expect cold and wind, though), there is no water available on the trails, and in Summer afternoon thunderstorms occur almost daily. Come prepared.

Formed by uplifting along the (Continental) Divide.

c. 8.75 miles round trip, starting in forest then emerging onto bare rock.

2nd highest point in the continental US.

north Mt Elbert trail = most popular route, starts near Halfmoon campground, which is accessible by road from Leadville. A well-marked trail.

Designated the Mount Massive Wilderness in 1980.

The Leadville 100, a 100 mile high-elevation mountain race with a completion time limit of 30 hours, encompasses both Mount Elbert and Mount Massive.

Need to acclimatize: you won't get to the top of these high mountains in a happy state if you haven't!

Lightning is a problem.

We have got as far as notes, so far. 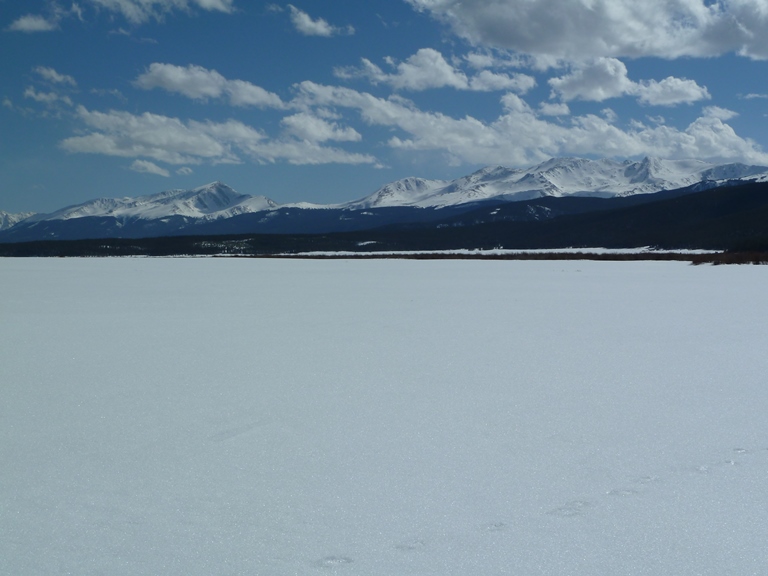 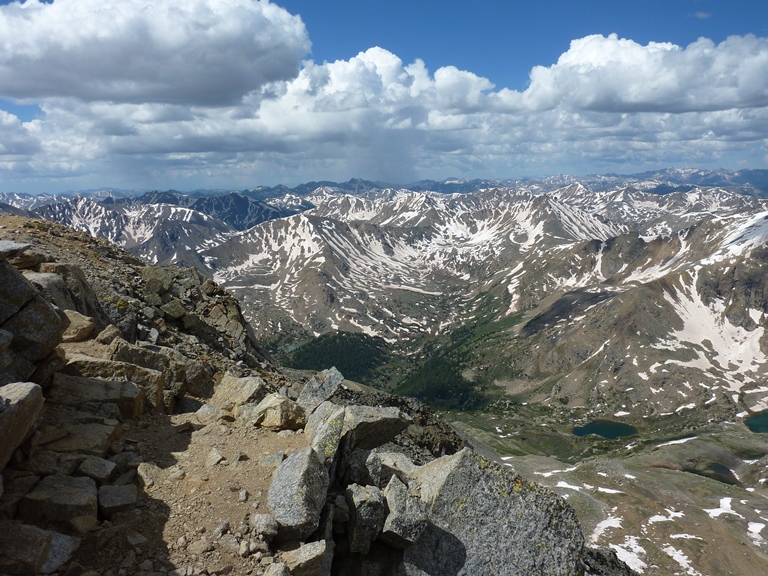 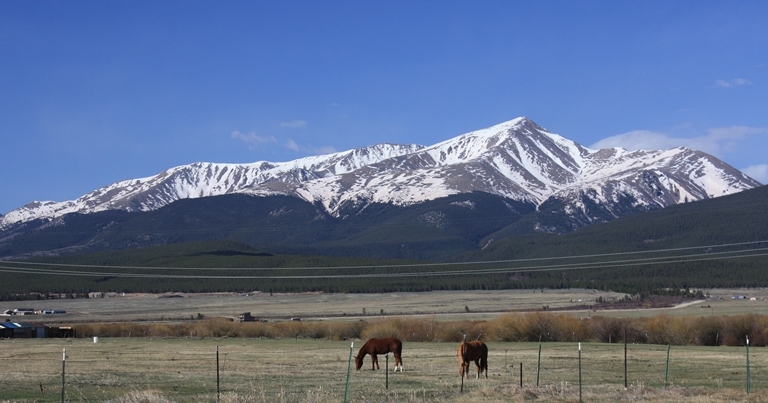