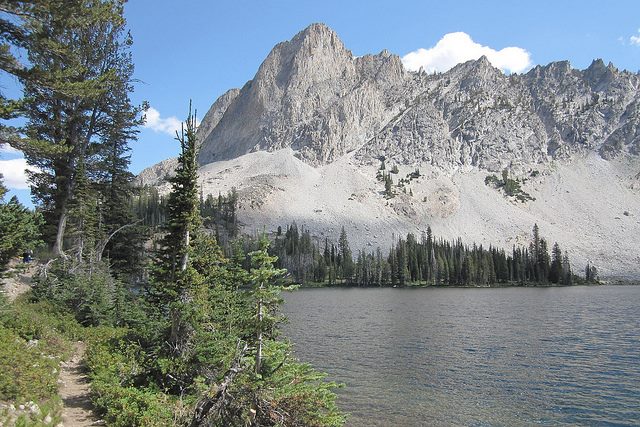 It is easy for walkers to overlook Idaho. It is surrounded by walkers' nirvanas; Montana can boast of the wild magnificence of Glacier National Park, the Bob Marshall Wilderness, and the Bitterroot Mountains, whilst Wyoming is home to Yellowstone, a vast realm of geological beguilement, and the crisp, charismatic beauty of the Tetons.

By contrast, the Sawtooth Mountains have seen little of the international attention bestowed on Glacier and Yellowstone. They are smaller, with no glaciers or thermal springs to entice the tourist trade. And yet, with the beauty and challenge of their stunningly carved granite peaks and wild mountain rivers, they have become something of a home to Idaho's adventure-seekers. To quote Lonely Planet's website, "There is more to Idaho than big potatoes, neo-Nazis, Demi Moore and Evel Knievel." (see here)

Passing under the radar slightly, the Sawtooths' are a bit mysterious - even secret. Those who revel in their wonders are reluctant to draw in other visitors, an endeavour only aided by such famous neighbours. Thus, whilst small, this wilderness is in many ways very isolated, with potentially greater opportunity for private exploration and discovery.

The landscape of the Sawtooths is superbly sculpted: granite has yielded to the power of ancient glaciers, forming jagged, curved peaks and deep, high cirques cradling mountain lakes. The weird and wonderful shapes have inspired imaginative appellations. Along the ridge to Arrowhead, one of the more spectacular, you will also pass the Sentry, the Coffin and the Birthday Cake; further along the trail expect to find Damocles and the Leaning Tower of Pisa.

A 5 to 7 hour walk to Sawtooth Lake described in Lonely Planet's Hiking in the Rocky Mountains provides an opportunity to experience some of the outstanding carved landscape of the range in the space of a day; although the intense switch-backing required on the trail's ascent can be tiring, the deep trough of Sawtooth Lake, with sheer mountainsides rising immediately from its waters, is a worthwhile reward. Ice-floes can be seen here into July.

For those seeking to truly understand this striking wilderness, a multi-day walk along the Sawtooth Traverse is a spectacular experience; a challenging traverse running on the north/south backbone of the range. Ralph Storer, in The World's Great Adventure Treks, begins the walk at the Tin Cup Hiker Trailhead, beside Pettit Lake. After a fairly steep ascent, the trail remains above 2,500m for the majority of the next six days, reaching its highest point at Cramer Divide.

The initial ascent is interesting, with river crossings and waterfalls in amongst fir and pine forests and a skyline increasingly dominated by the imposing El Capitan. Several days of wonderful scenery along the trail lead to one of its highlights, the high, rugged landscape around the Cramer Divide and Temple Basin. After a night's camping here, a relatively short descent will take you back below the timberline.

Wander past waterfalls, follow the banks of rushing creeks, and ford rivers on the next few days of the trail, spending the nights camping amongst the remote Baron Lakes and beside the icy Sawtooth Lake. The last section of the trail drops out of the high country, meandering down Iron Creek Valley; the drama, though, is extravagant to the last, with an impressive final ridge saluting walkers as they exit on the Iron Creek trailhead.

Lonely Planet suggests a possible alternative in the four day long White Cloud Loop, meandering around the gorgeous string of alpine tarns known collectively as Boulder Chain Lakes as it circumnavigates the impressive 3,600m Castle Peak. See Hiking in the Rocky Mountains for a detailed description and route.

The traverse is challenging, and should really only be attempted by experienced backpackers. Snow can remain on some passes up until mid-August, and in the walkers here should expect to have to deal with both snow and the fording of some difficult rivers.

Water treatment is important on all walks, as streams may contain giardia. Although they are not often in the high country, do be aware of black bears and how to deal with them if the need arises. 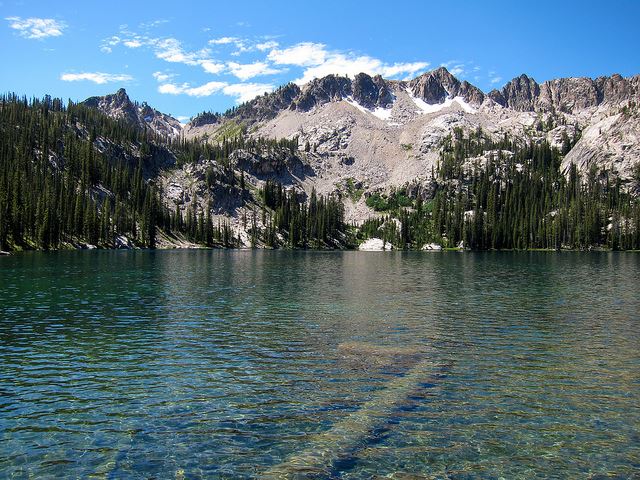