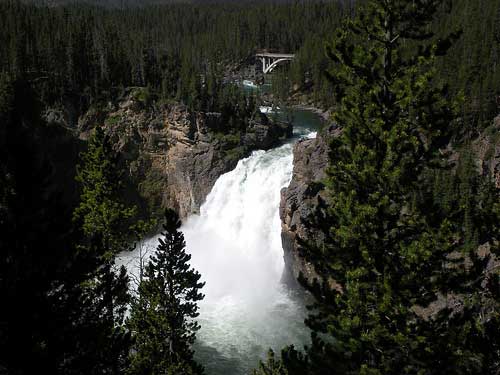 Yellowstone is a stunning wilderness, full of natural beauty and geological wonders. The mountains, forests, waterfalls and canyons are on a grand scale, the isolation once you leave the main tourist areas is headily reminiscent of old tales of Americas first explorers; you can almost see the fur trappers, and easily imagine their encounters with bears, wolves and, of course, native Americans.

It is believed that the first humans here were aboriginal Americans around 11,000 years ago; when the famous Lewis and Clark expedition entered the region in 1805, there were at least three tribes in the area and evidence of them trading with some much further away.

Once explorers began to penetrate the wilderness, the stories they brought back of waterfalls streaming vertically from the ground, tress petrified into shape and boiling mud were dismissed as exaggerated tales and myth; it wasnt until the second half of the nineteenth century that the area was properly explored, its landscape recorded and named, and the idea of protecting this astounding environment put forward. In 1872 the National Park was declared, the USs first.

Somehow the wildlife of the park fits in with its massive scale, with bighorn sheep, bison, elk, wolves and bears all living within its confines. Naturally, this brings with it problems, chief of which is the danger of bears ensure that before you leave, you have taken in all relevant information concerning how to avoid them, and what you should do if you meet one.

Despite the joy of spectacular scenery and beautiful views, and the pleasure of trekking through remote backcountry, walking in Yellowstone should not be taken lightly. Unpredictable weather, including lightning storms, bears and the dangers of the thermal areas should all be taken into account come prepared.

The park pullulates with walking wonders: the best are probably the following.

-          The Thorofare Trail: Although the topography is not strenuous, this walk extends deep into the wilderness of Yellowstone, and so is rarely ventured on foot. However, those willing to take on the challenge are amply rewarded.

-          Mount Washburn: This trail is claimed to offer more in scenery, wildflowers and wildlife than any other Yellowstone day hike. The summit of Mount Washburn provides panoramic views, and it is sometimes possible to catch an eruption of Old Faithful.

-          Bechler (River Trail and Canyon): Although usage has grown, its easy to see why, and this trail remains well worth hiking. Waterfalls, hot springs and geysers proliferate.

-          Uncle Toms Trail: This is a popular, relatively short and easily accessible trail down into the grandiose Yellowstone Grand Canyon, with views of its breathtaking waterfalls.

-          The Geyser Area Trails: As well as the longer Bechler Trail, there are many day walks which go through the Upper Geyser Basin an area of around two square miles in which nearly a quarter of all the geysers in the world are concentrated.

In addition, the Continental Divide Trail runs through Yellowstone, cutting though the south-western corner. If they have time then those walking the Divide can venture further into Yellowstone; several of the trails mentioned above are around this area, including the Thorofare Trail and Bechler River Trail and Canyon. 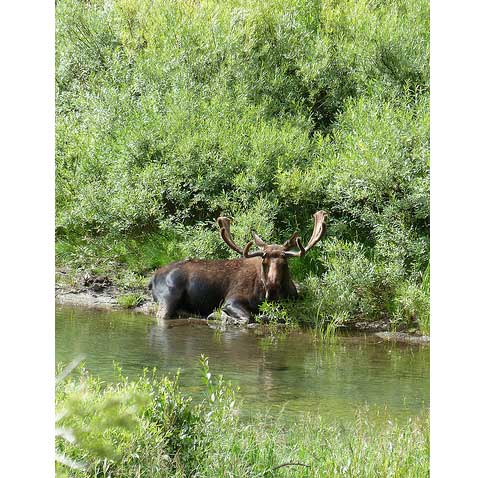 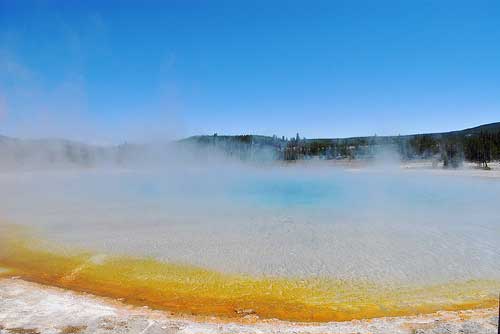 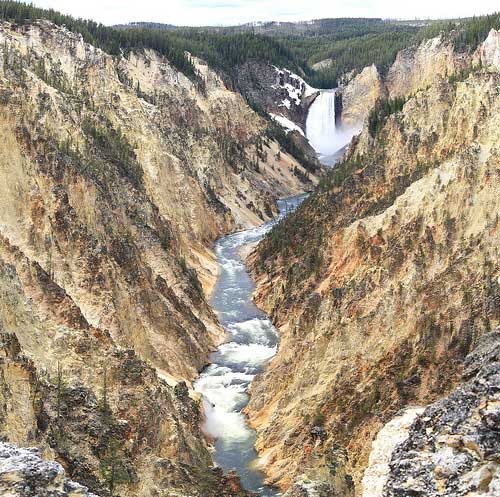