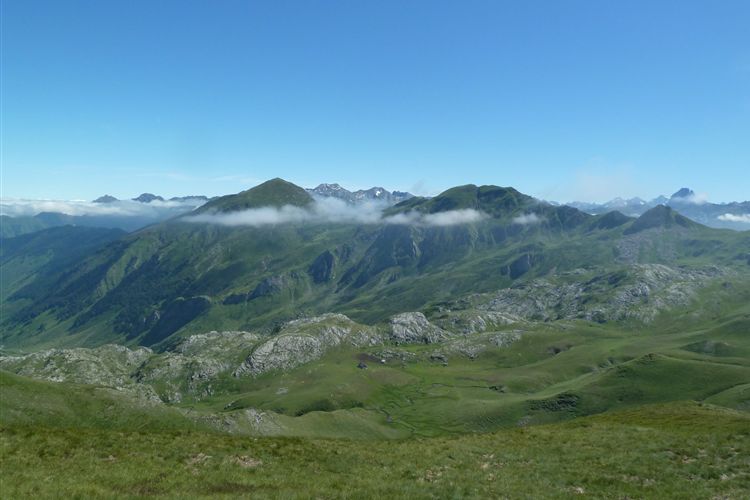 This greatest of trails follows the magnificent high ridge of the Pyrenees from the Atlantic to the Mediterranean, winding for more than 800km in and out of Spain, through outstanding and varied scenery, from the lush greenery of the hills in from the Bay of Biscay to the stark drama of the central high range, to the dryer, scrubby hills of the Mediterranean inlands.

See our French Pyrenees page for information on the geology and wildlife of these mountains.

The whole trail takes many weeks, and is only for the fit and very determined. (The Cicerone contemplates 45 days without detours or excursions). Dick Everard did it in all but three days west to east days at 65. Pretty impressive.

Most walkers aren't going to have the time or desire to cover the entire HRP, instead choosing sections to suit their tastes and energy levels. It is worth doing your research carefully, and finding the route that really works for you, matching your fitness and appetite for struggle and heavy loads, and your experience in remote and risky mountains.

The north-western Basque hills are green, wet and delightful, relatedly easy walking through ravishing countryside. And emptyish, as a result of being less famous than the grand high range.

The stages from Lescun to Gavarnie are classic high-Pyreneean walking, a week or so of natural wonders and fantastic scenery, most of it in the national park, crossing high cols below dramatic peaks (including Pic du Midi d' Ossau and the great north face of Vignemale - see Dick Everard's photos) and winding through valleys as varied and differently glorious as the Vallées d'Aspe and de Marcadau, with some time spent in Spain and nights in superbly sited high refuges. This is demanding walking, but not as remote and relentless as some other sections and with good staffed refuges.

Miraculous if over-popular Gavarnie will require some time out at the end of this stage, or the beginning of the next,  to explore and perhaps inspect the Breche de Roland. The HRP avoids the highest ground, ad misses the finest experiences, here.

From Garvanie east is some of the finest, but also the toughest, walking of the trail. Cross from the Garvanie valley to the beautiful Cirque d' Estaubé and round behind the Cirque de Troumouse, past the gorgeous Lacs de Barroude under the vertiginous Barroude wall, and over the high ridge in to Spain. After a (relatively) gentle day in Spain, a long and at times tough day gets you back over the high ridge and into France. A high and very demanding day on difficult terrain ( great care needed in bad weather) but in magnificent scenery gets you over three high passes to the lovely lakeside refuge at Lac de Portillon. Thence, over even tougher ground and the higest pass of the HRP (at 2,983m), back deep in to Spain for several days. The next has perhaps the giddiest and riskiest decent from a high pass of the entire route; the following some of the most beautiful scenery (if the pipe drained lakes are full enough) of the whole range. The walk from Garvanie to the (Cicerone) section-end at the Spanish town of Salardu takes 9 days, although you can walk back out to France earlier if time is short.

The next section east, to east of Andorra is 10 days' worth of often unmarked trails through some of the harshest and remotest landscapes of these mountains, most of it in Spain. If you stick to the high routes (you can create your own gentler alternatives), you will need to carry a lot of food and expect to have to be very self-reliant. But, while very tough, it is arguably the most thrilling section of all, if you are happy to put yourself through it.

The final, French-Mediterranean, section is a dryer (even parched) affair, with dips later on into the Romanesque world of the ancient kingdom of Catolonia. But it involves tough Pic Carnlit, frequent ridge walking right along the frontier, a crossing of (or swerving round) the huge and nationally-resonant Canigou massif.

The Haute Route is not a formal marked trail as such, and has been described as more an idea. As a result, waymarking is variable and sometimes non-existent, so you need to be experienced and cautious in the high mountains, and can need your wits about you if the weather comes in, but you can choose alternative trails to suit your taste and circs and the conditions. Certain sections can need crampons and an ice axe, although they can be avoided.

July and August are the best months for tackling the central HRP, with clear(er) passes and better (less unpredictable) weather. September can the best month of all, with clear day and fewer people, although it gets colder at night and the chances of snow increase toward the back end of the month. Be ready for any weather at any time, though, in the high mountains. In the meantime, see Dick Everard's very helpful thoughts at "Community comments" below, and beautiful and inspiring photos above. (And there are more thoughts to come from him!) Thank you, Dick. An ebook version of Dick Everard's complete account is at  http://store.blurb.co.uk/ebooks/457399-a-walk-on-the-haute-route-pyrenees. He says 'I make a small profit which I am going to give to the Austrian Mountain Club for maintenance of mountain huts.  I understand that the EU budget for helping the alpine clubs with mountain hut maintenance has been severely cut this year'.

(Walkopedia says: THANK YOU Dick Everard for your invaluable thoughts - and congratulations for completing this tough route!)

I had decided in early 2012 that I would do a long walk somewhere in 2013 when I would reach the age of 65. I had originally thought of walking the Via Alpina but decided it was too long and having read stories regarding the difficulty of obtaining maps and the fact that many sections weren’t waymarked, I decided that the Haute Route Pyrenees offered better options. I spent a considerable time planning the walk including the navigation methods to be used, gear to be taken and in getting myself fit. Navigation Of course, the Haute Route is, itself, not waymarked in many areas and therefore thought had to be given to navigation. The answer seemed to be GPS especially as I would be on my own a lot of the time. After doing some research I decided to try using software on a mobile phone as opposed to buying a dedicated GPS navigator. This had the advantage of only having to carry one item, as I would need a mobile phone in any case. After some research I plumped for using Viewranger on a Samsung Galaxy S Advance. This enabled me to buy digital maps for both the French and Spanish sections of the walk and to mark the route sitting at a PC at home using the waymarks given in the latest edition of Cicerone’s Guide to the Pyrenean Haute Route by Ton Joosten. With the use of the digital maps, the 500 waymarks and the detailed instructions in the guide, I was able to produce digital maps for each day’s walking which each had about 50 or so waymarks. These “routes” could be backed up on the Viewranger website. The only difficulty with using any electronic device to aid navigation..... 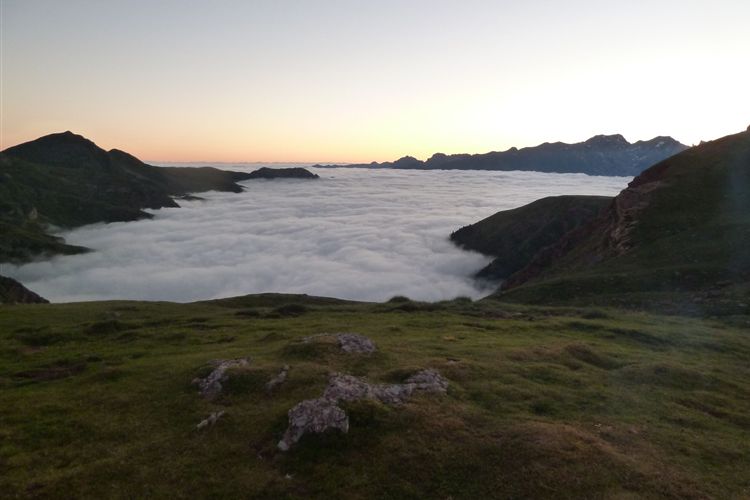 Name: Dick Everard
Posted on: 02/10/2013
I completed 42 days of this walk on 9th September 2013 having walked approximately 450 miles in 42 days (three stages in Andorra were omitted due to family commitments). 328 hours walking with ascents and descents of 47,000 metres and at times very rough and difficult terrain with very steep slopes. Navigation was difficult as the path is often not marked and at times there is no recognisable path and the use of Viewranger was invaluable. I will be typing up my detailed diary in due course but although hard it was well worth while. My photographs are avaualble for viewing on the following link: https://plus.google.com/photos/107317326684564101108/albums/5924618751811596193?authkey=CMu4rYnx8O3hgwE

Name: Deliberate Nomad
Posted on: 30/08/2015
We walked this route in August/September 2014 primarily following the Joosten route. Our blog is here: http://www.hrp2014.com 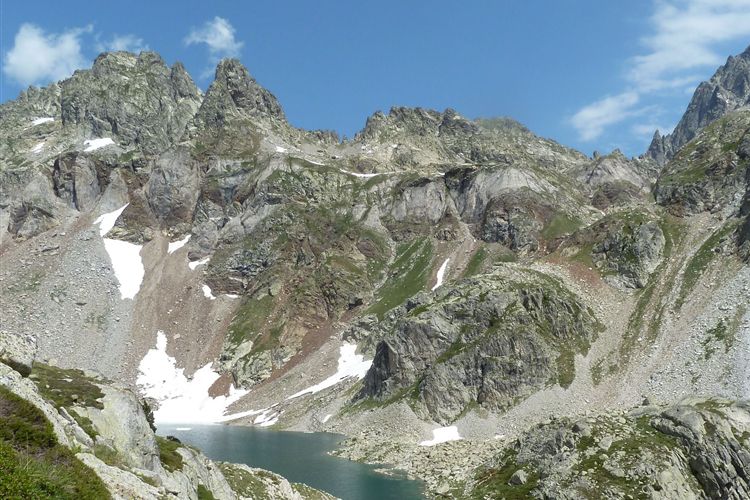 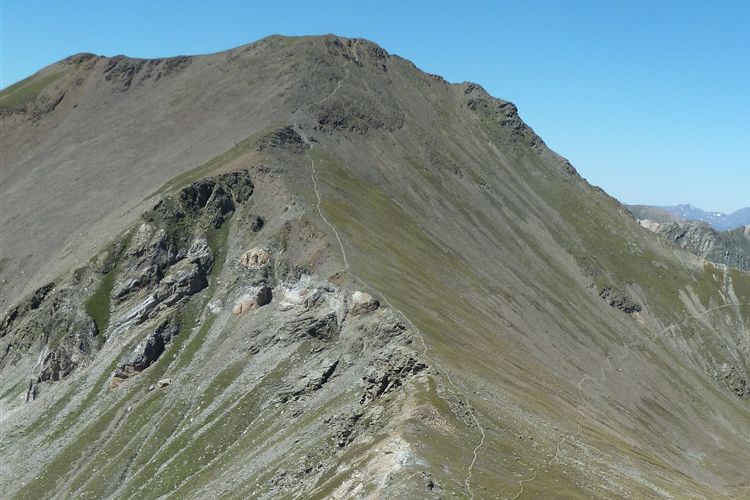