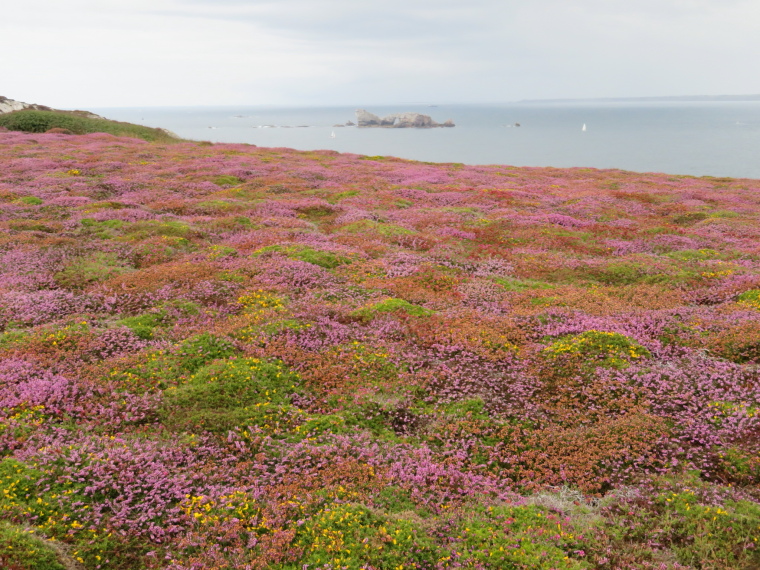 This peninsula south of the vast Brest rade (sheltered, almost inland, expanse of water) tapers to three sub-prongs at its end, of which two are thrilling places to walk. (The GR 34 coastal path runs around this coastline, so there are endless options for creating a perfect coastal day walk.)

The western (Camaret) prong, just beyond the delightful harbour town of Camaret, offers so much: from the stunning megalithic Alignments of Lagatjar, to coastal defences covering the access to the naval base at Brest created by the Nazis (one now converted into an memorial to the dead of the battle of the Atlantic) and, much earlier, by the great Vauban, the latter surprisingly modest in scale, but clever for sure; from high, colourful gorse and heather heathlands above steely, proper cliffs overlooking a restless sea, to huge, beautiful, underpopulated beaches. It is, though, well visited most of the year, and areas of the clifftop walks are awash with people in higher seasons, but it is still very worthwhile even then.

The southern prong, out to the Cap de la Chevre, is generally a bit emptier, a wonderful coastline of heather and gorse above fierce cliffs interspersed with gorgeous beaches. With various roads coming out to (or near to) the coast, you can make yourself all sorts of walks and circuits incorporating the coastal path. This is the better walking if you like solitude, although it does not have the historical fascination of the Cameret area.

You can make a fantastic 2 day walk of both these prongs, as described in Lonely Planet’s Walking in France.

At the base of the peninsula is the long, two-peaked, low-gorse-and-heather-covered hill of Ménez-Hom, the highest point in Brittany at a lordly 330m. Many would say it has the best views in Brittany, north-west over the peninsula towards the Brest rade, south-west out to sea, and elsewhere across endless gentle and charming Brittany landscape. It is said that you can see 50 church spires from it. The bore is, there is a road to just below the summit, and it is popular with model planers and paragliders, so you will be far from alone during the clement months.

To make it a great walk, you need to make a longer route, for instance climbing from the Sainte Marie du Ménez-Hom church to the south, through pine woods which thin to open moorland, to join the GR37 to the east of the summit. You could retrace your steps, or make a longer circuit taking in further local sights – eg the excellent route in Walking in Brittany by Judy Smith.

Another alternative is to walk the longer track (from the upper road) to the lower westerly summit, where you will be virtually alone. 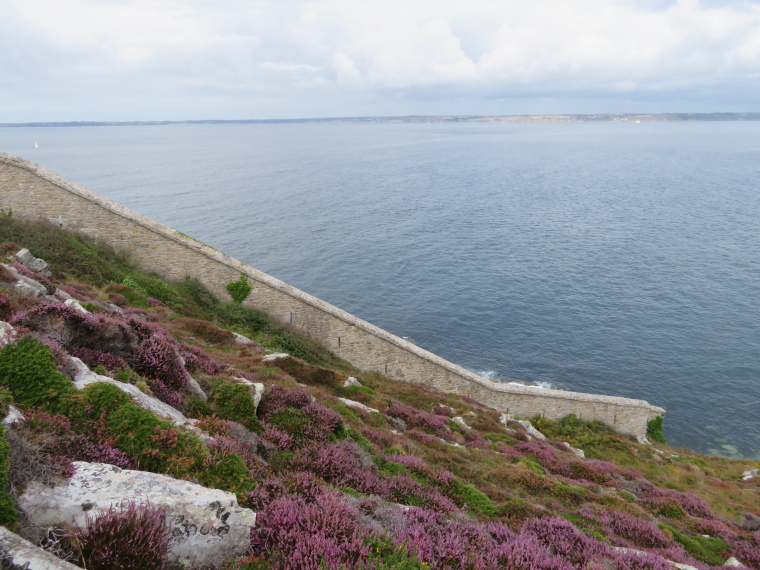 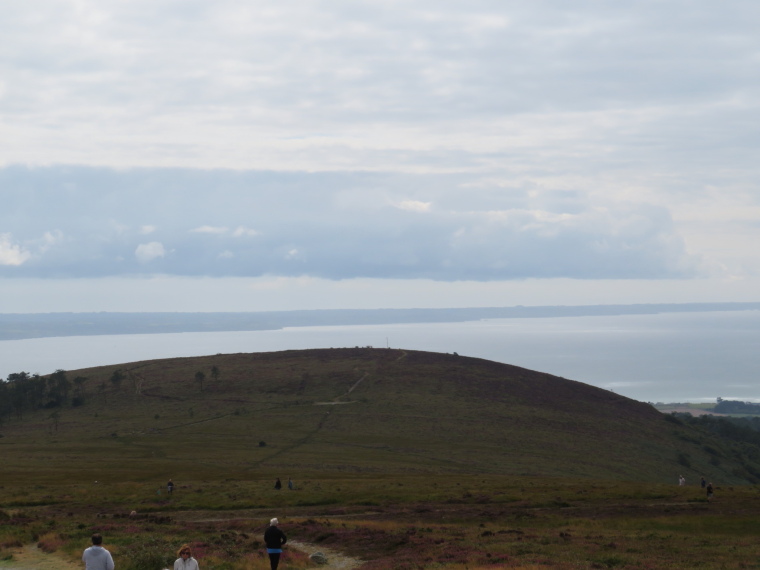 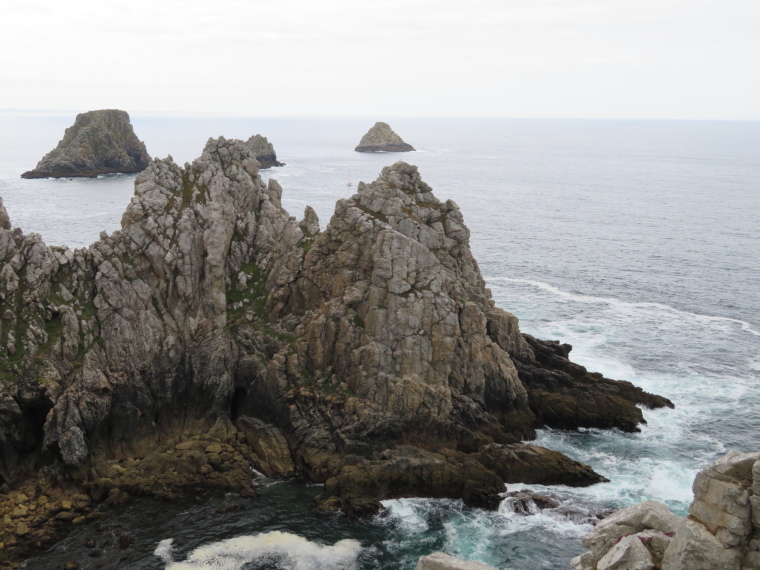