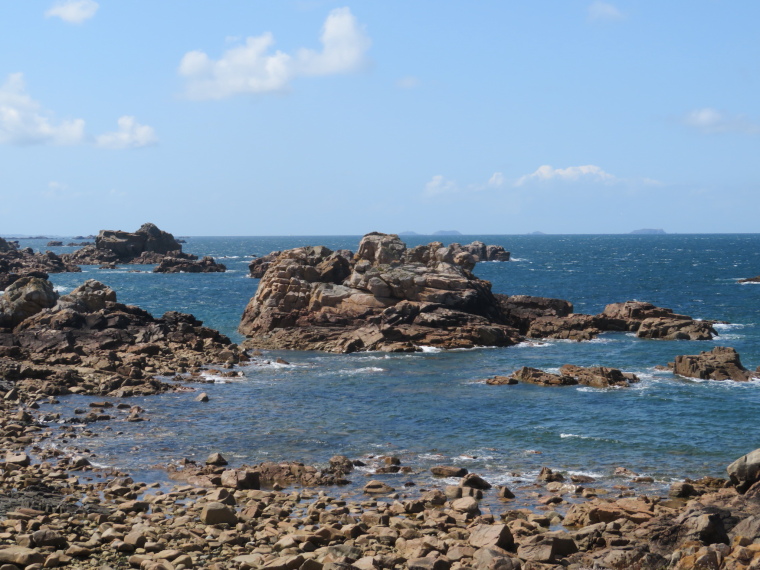 This is a funny area: a protuberance between Paimpol and Lannion in the middle of Brittany’s north coast, where the land meets the sea in the form of fantastical formations of (yes) pink-ish granite – nearer pale orange in reality – which are refusing to give in to the waves’ ceaseless batterings but clinging obstinately on as islets and rock piles, way out to sea in places, creating a wonderful world of low, craggy promontories and broken rocks against a shimmering sea. Being ancient granite, the rocks are often smoothed by age and erosion, so that, even in their most crazed forms they look vaguely sculptural.

But it’s popular so you are seldom out of sight of houses or, indeed, truly alone. (We have to say that, to eyes used to wilder/better protected coastlines, say the UK’s Devon, Cornwall and Pembrokeshire paths, the whole coastline is compromised by development and tourism.) That said, this is a gorgeous and mellow place to spend time. There is endless wonderful walking you can do, whether stringing out a multi-day exploration or walking for an hour around some gorgeous, windswept headland. To an extent, you can take pot luck and just head down a road until you reach the sea, and start walking.

Sentier des Douaniers: this is the area’s famous walk, and indeed the rocks are most dramatic here, great heaped..er..heaps holding out against the sea, with unthinkably huge boulders piled on top of each other. But, its reputation and proximity to pretty but full-on resorts means it is seldom empty, and thronged at popular times. The walk follows the path that customs officers used to patrol against smugglers, and it has been improved into an artificial-feeling track, which is perhaps necessary for protection of the lovely and fragile vegetation but depressing for those of us who like to kid ourselves we are getting away. The central section (with the best formations)  between the high road bend 1 km or so beyond Plage de Trestaou and the pretty Plage de St-Guirac takes an hour or so, although quite a bit longer in practice as you won’t be able to resist investigating, or just contemplating. You can make a circuit, but we suggest that a return walk is not wasted, as you will see new aspects and different colours in the changing light. Written up in all walking guides.

Pointe de Chateau: This headland in the middle of the coastline is a much wilder (and, to Walkopedia’s eye, lovelier), and is relatively emptier, although again you won’t really ever be out of sight of houses, or people. Fine white beaches among rocky ridgelets poking out into the rock-and-island-littered sea. Excellent walking around the headland and on the coast to the west, in particular.

Sillon de Talbert: a 3.5km narrow finger of shingle and sand protrudes from the next “peninsula” (hardly), know somewhat surprisingly as “Sauvage” (wild), as it ain’t, really. The Sillon is a strange place, and how it exists in this restless sea is a mystery – to Walkopedia, at least. A windy walk, with seabirds galore at most times of year. Good walking on the peninsula’s western side, again.

Île de Bréhat: Walko doesn’t want to diss this place, but we were a tad disappointed by this pair of conjoined holiday islands just off the north-east of the Cote. It was billed as one of the most beautiful places in Brittany, and it is indeed charming, and its coves gorgeous, but it is just too built up (southern island and south of northern) and controlled and populated (both islands) for our taste. Maybe that is because it was the first place we visited, and hadn’t yet appreciated how built up the whole coastline is (relatively). All that said, the northern island is home to varied and interesting birdlife and rare plants, and is still a lovely place. Ie, go there, but not for wild, lonely walking. 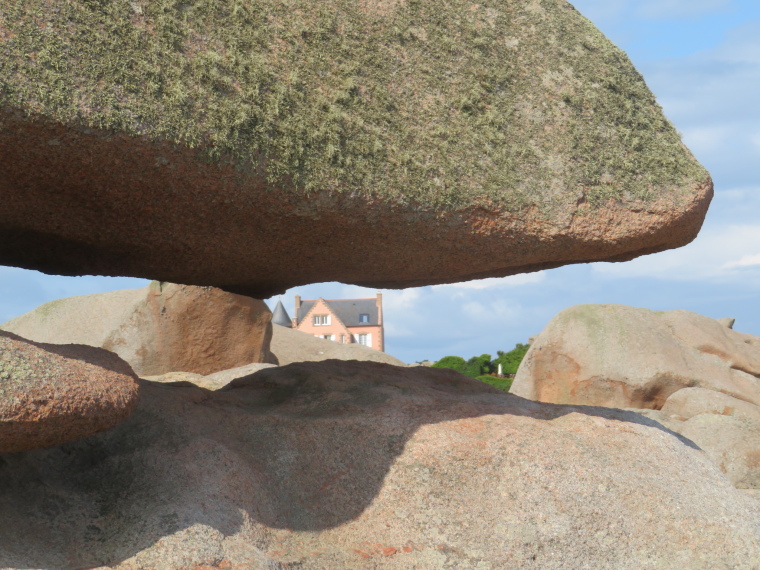 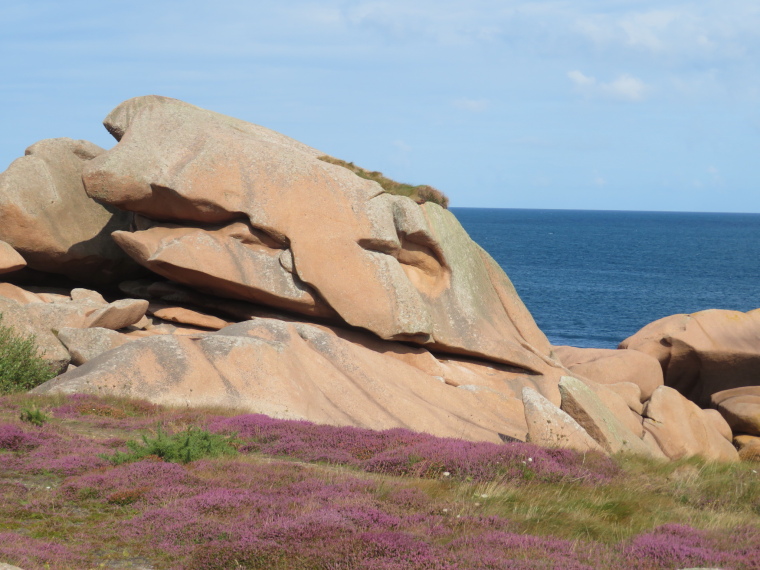 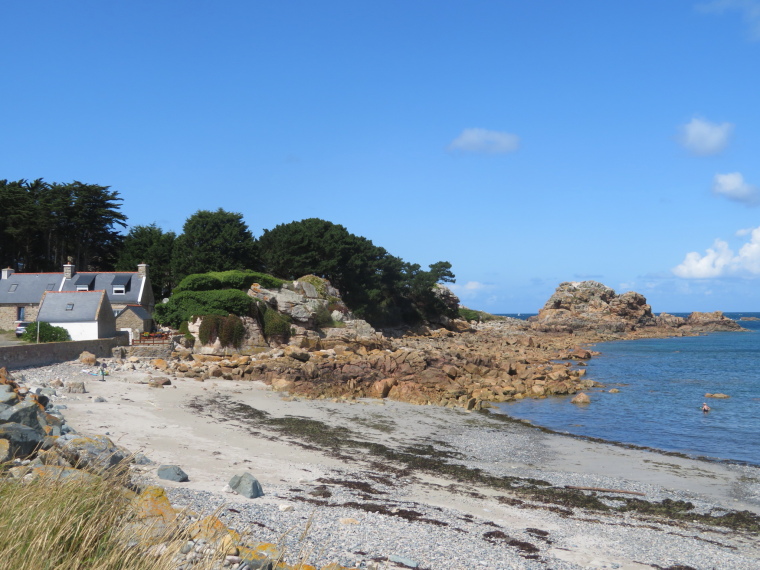