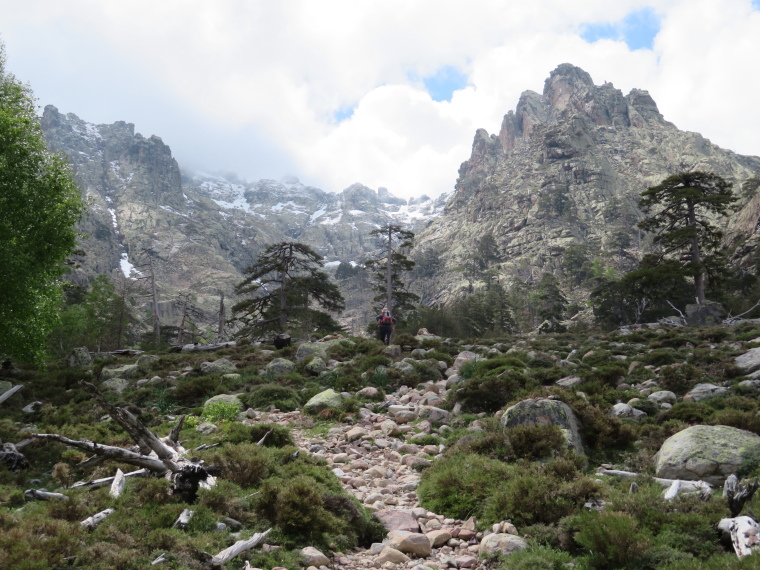 This is a particularly fine section of the Mare a Mare Nord, which we feel deserves its own page, as it is a gorgeous day’s walking.

Begin by dropping on old paths to potter above the Calacuccia lake for a couple of delightful kilometres, as the lake narrows into a series of pretty bends.

The views up the broad Niellu valley, the widest on this island of ravines, are never less than thrilling, with its surrounds of 2,000m+ ridges, often still blanketed in snow until remarkably late in the year.

The trail then turns uphill, climbing to start a long traverse of the northern flanks of the Niellu valley. It turns north to drop into the Viru gorge and cross a graceful Genoese bridge. After a steady climb through open forest, it spends several km on a delightful exploration of wood and heathland, with frequent views across to the high southern ridge, or glimpsing west to the island's central watershed ridge. Ever-present, but usually invisible behind the ridges immediately above us, is the Monte Cinto massif.

The trail eventually turns north-west into the amazingly broken and dramatic highlands to join the steepening Golo valley, which penetrates between spectacular cliffs into the island's highest massif. After an admiration of a vigorous waterfall, it is time to cross the river to turn south towards the Col de Vergio gap in the high central ridge. (When Walkopedia was there, the bridge had gone and we had to cross the swollen river perilously on a fallen tree or leg-soaking teeters between rocks. This is not for the faint-hearted when the river is in spate; an alternative is to cross the river at a lower junction and head up a linking path to the road to the col, or, better, to link uphill to join the GR20 to the hotel – see below.)

Thence it is a longish trudge through superb mixed forest, in which huge Corsica pines are the stars, to the Col or the Castellu di Vergio; the former is on the Mare a Mare Nord, the latter on the famous GR20 route, reaching a much-used if tired hotel below the col.

Note: beware of notorious summer thunderstorms, get away from risk areas if one approaches.

See William Mackesy’s account of his walking this route as part of a "perfect walking week".

Given that this route is on the MMN, there are taxi services available if you want to get back to your start.

Key Book: Cicerone’s Walking in Corsica. Find these and other books on Amazon.

SEE OUR CORSICA PAGE FOR DETAILED GENERAL AND PRACTICAL INFORMATION. 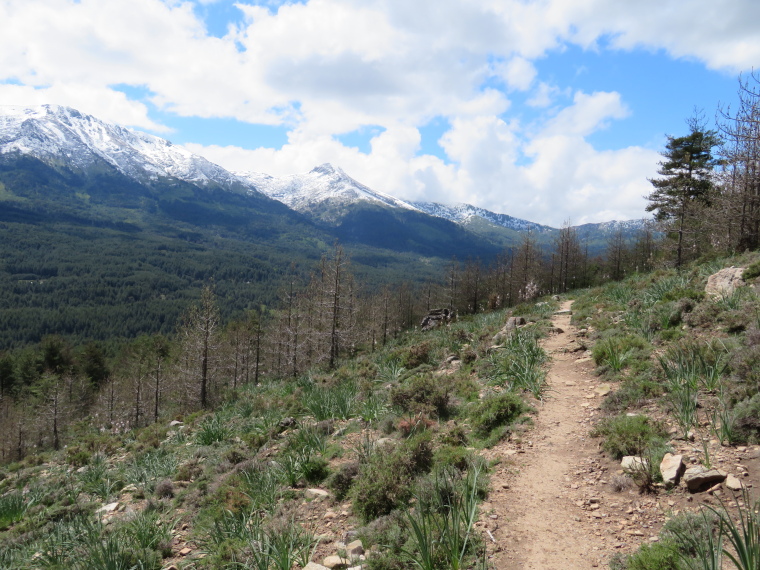 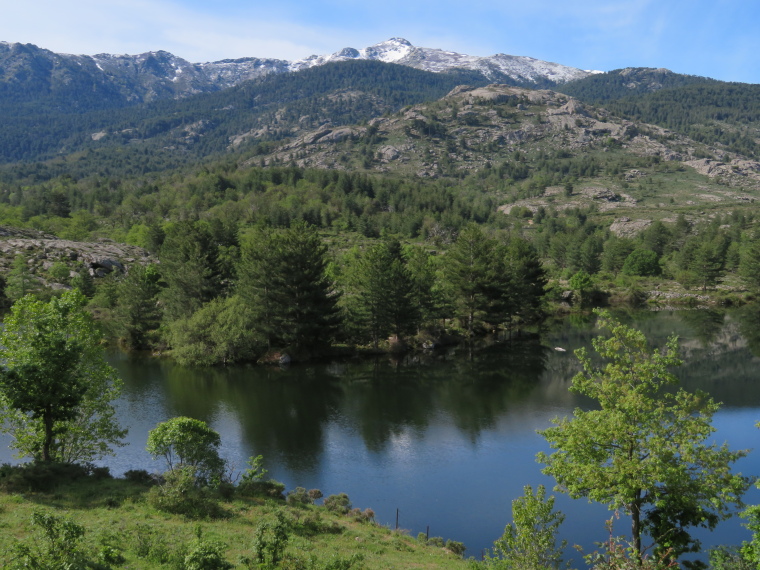 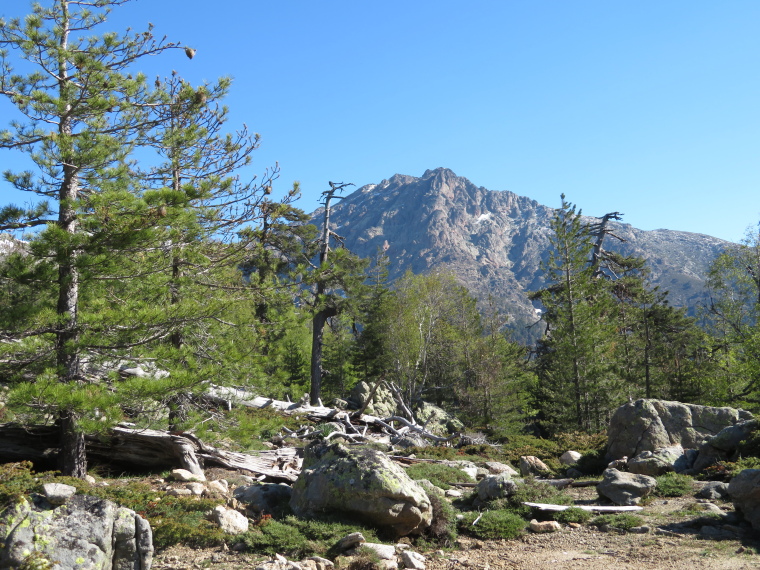