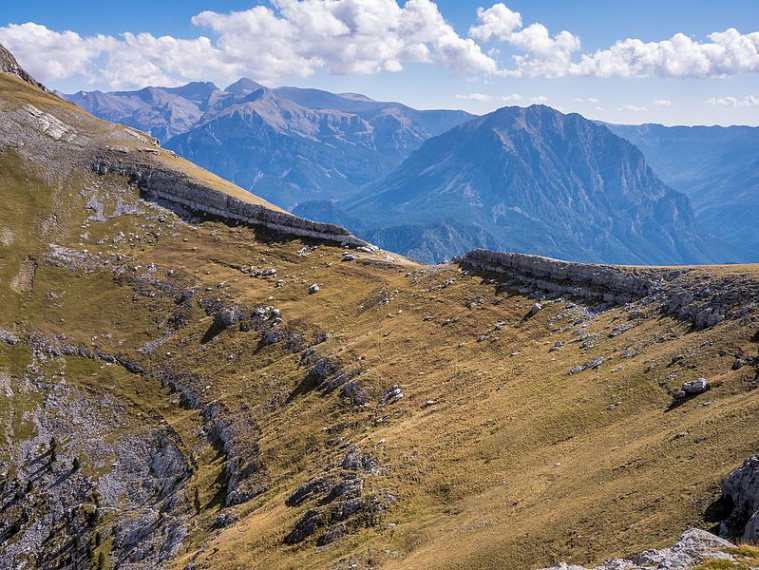 The lovely and very different Pineta valley lies to the east of and technically outside the Ordesa/Monte Perpido NP [link], and runs north-west, right up to the north of great Monte Perdido, which it gets on for cutting off from the rest of the highlands, with the vast cliffs and crags of the high border ridge immediately to its north. It is wider than its neighbouring canyons but with huge crags to its north, the border-ridge with France. Glacier-carved, it still retains some ice-cliffs in the face of Monte Perdido.

You can approach the valley by road from the east, driving up from Biesla to the Parador (no less) de Monte Perdido in the outstandingly but harshly beautiful head-basin of the main valley. 1,000m above to the west and right under Monte Perdido is the spectacular upper valley known as the Balcon de Pineta.

The valley has a fine selection of walks, including:

In and above the Balcon de Pineta, whence you can climb Monte Perdido (3,355m – a  huge walk if not via a night in the Góriz refuge).

The tough ascent to Lago de Marbore is said to be superb (11km); as is the Llanos de la Larri side-valley to the north.

You can cross to the Góriz refuge and the Ordesa and Aňisclo canyons to the west.

Or even cross due north into the superb Cirque d’Estaubé in France, and thence via a high col to Gavarnie.

Between Pineta and Aňisclo to the west is the extraordinarily narrow and deep almost-slot canyon of Escuaín, much less visited but with some giddy party on its upper flanks.

We want to give more: Please help us by making suggestions and sending photos! Thank you! 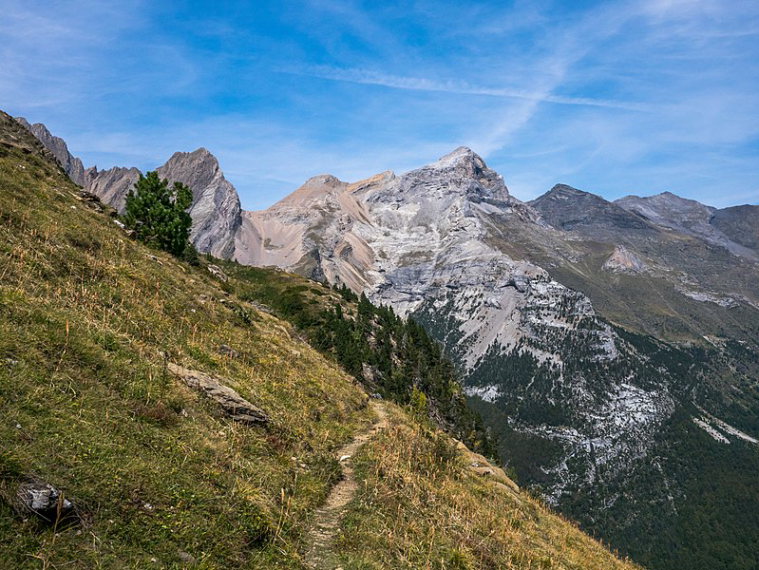 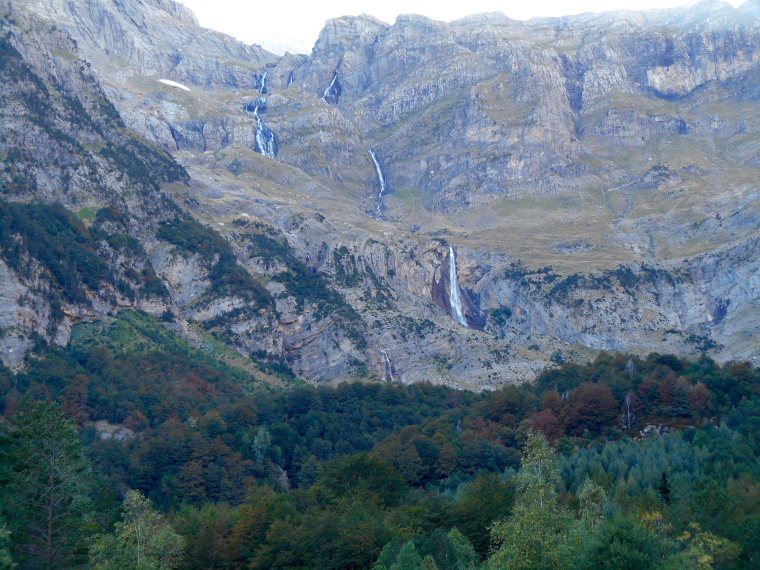 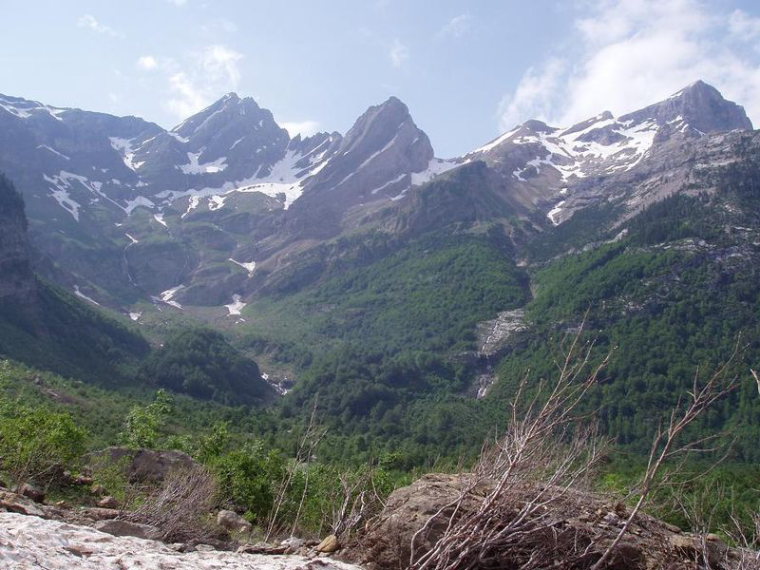