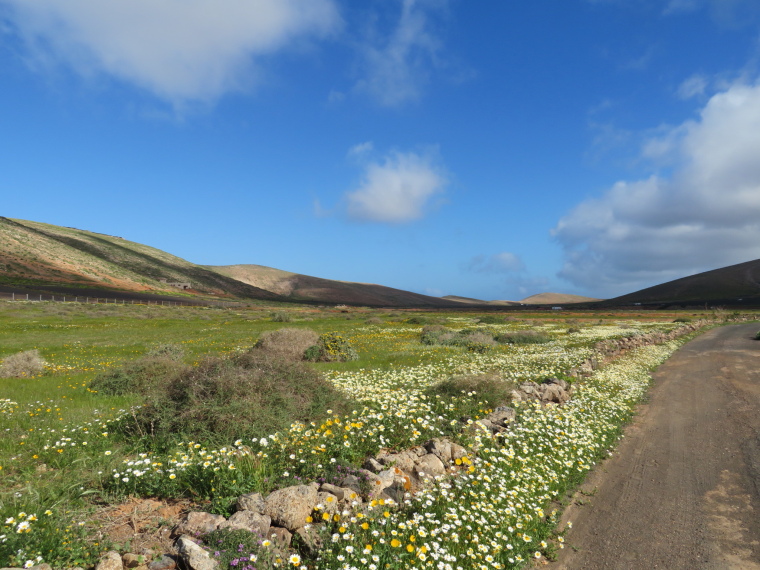 Teguise, Lanzarote's former capital and a place worth spending some time in, sits at the southern end of Lanzarote's marvellous northern ridge, which is in Walkopedia's view the island's premier walking area.

There is a network of fabulous trails in the hills and valleys to its north-east, and you should not miss this area if you can.

The high central ridge leads inexorably to/from the Ermita de las Nieves, a plain, rather special and … chapel set in white walls and stubby palms on one of the highest hilltops. Although it is accessible by road from the north, and evidently gets coachloads at the wrong times, it is a moving place if you catch it in between.

The thing about the high ridge is, of course, its views: west out across the low plains to the endless sea, north or south along the undulating plateau-ridge itself, and east across…er… the lowlands to the endless sea. Much of the ridge itself is a tad disappointing, with radar installations, other functional blocks, messed-up wasted plots and some desultory farmland – although these are interspersed with some areas of attractive scrub and pretty wildflowers when we were there, in Spring.

There are many walking options.

Walkopedia worked out that the best half-day walk is to make a circuit between Teguise and the Ermita de las Nieves. Leave Teguise north-east on the GR131, across a low valley with interesting farmland, turning left at the ruined Ermita de San Jose to continue along this valley to its conclusion at the great western escarpment with its views out to sea and, to the right, the beginning of the huge Risco de Famara sea cliffs. We diverted at the end onto the ridgetop. (In hindsight, we should have started out by leaving Tueuise due north on the dirt track along the escarpment-edge ridge which tops out at Cerro Terroso (424m) then joins the ridge where we were now admiring the view.) You can then turn inland to climb the flank of Pico de Marmajo (actually a flat, boring spot on the high ridge but with good views), where you turn left to trudge up the trach to the Eremite. You then return to Teguise directly along the GR131 (most direct) or swing round east the Los Valles and then back by tracks to Teguise. This is for the most part a combination of walks recommended by the excellent Sunflower guide. We guess the circuit we did was around 14km; it took a bit over 3 hrs, including view-admiration time.

Other options would be:

- to walk along the main ridge to/from Haria, a 14km walk involving a climb out of Haria – or, if unkeen on the steep hill above Haria, the Restaurante Los Helechos at the upper end of the main road.

-To climb to/from the high ridge from either side, eg Mala to the east or Las Laderas to the west: more challenging for the who like to break serious sweat but not Walk’s first choice.

This is strenuous walking. Come prepared, including carrying enough water.

Lanzarote– Sunflower guides: 31 varied walks, including many of these. Recommended. Find relevant books on Amazon. 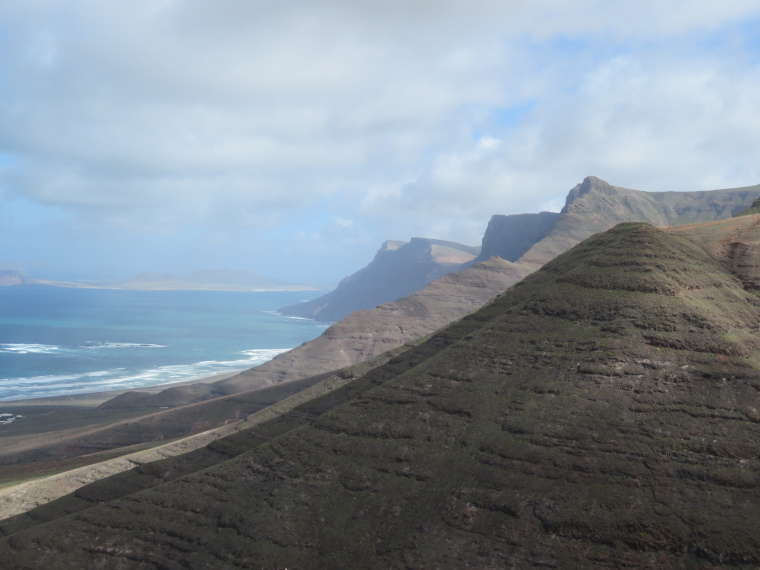 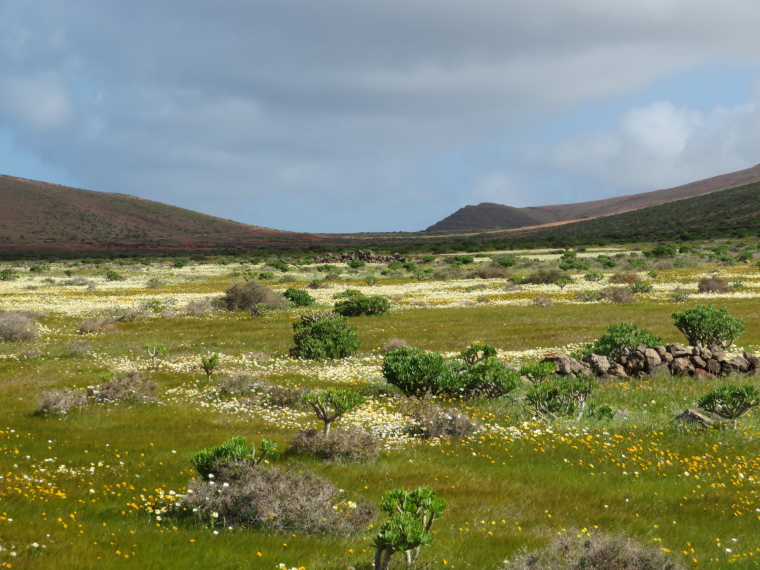 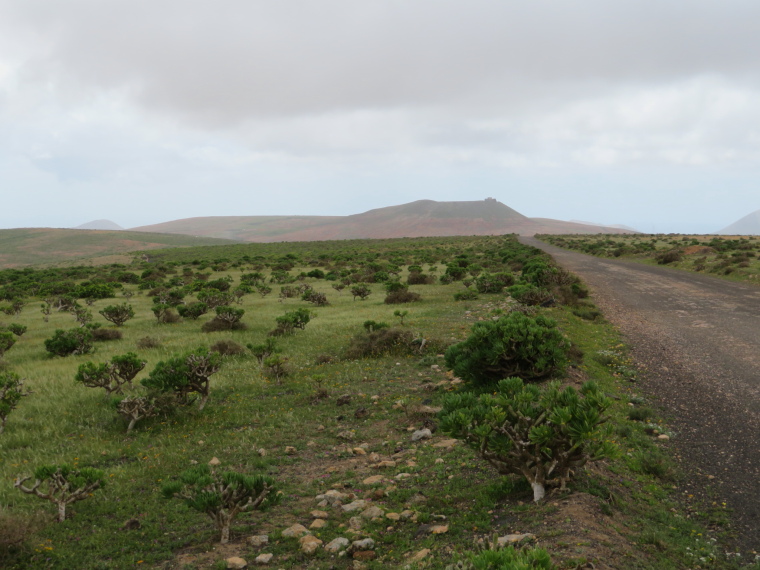