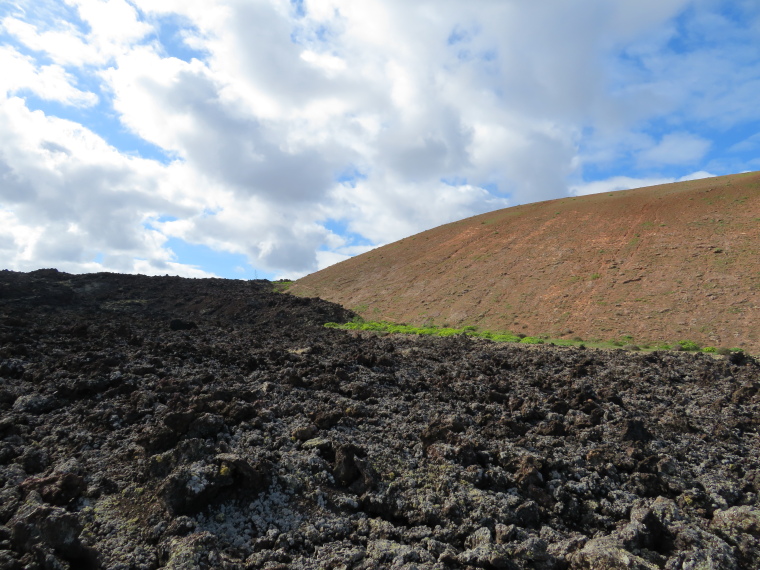 The Caldera Blanca really is rather amazing, a pale old collapsed volcano bobbing on a vast black sea of lava which buried a huge swathe of south-western Lanzarote in a cataclysmic eruption in the 1730s. Its rim, above a deep and green bowl, is stunning walking with huge views.

From the trailhead at the end of a lane just west of Mancha Bianca, you weave for half an hour or so through the endless desolation of wildly broken lava, crossing the remains of some recognizable lava rivers. It is an oppressive place.

The smaller caldera of Montaña Calderata rises from the sea, the edge of the great flow clearly defined against its pale orange flanks. Its rim has fallen in to the north, so you can peer into the bowl and review the signs of old-time cultivation in its fertile and marginally damper bowl.

On across the foot of a lava cascade in the gap between the old volcanoes, you reach the base of the Caldera Blanca. After a puff up the joint between the lava flow and the pale and smooth (tuff?) side of the Caldera, you turn sharply onto a path up the flank, worn into a knee-deep channel in places, to meet a gasp-inducing view at the caldera rim: the wide and deep bowl lies below, green and sheep grazed in its depths; behind is the huge lava field, framed by distant volcanoes and the shimmering sea.

The climb up the rim to the high point just gets better and better, as views open up across the miles of bleak blackness to the vivid, broken peaks of the Timanfaya group of volcanoes that were the source of the disaster. Amazing.

After a walk round the rim, you return the way you came across the lava sea. You will be glad to leave it at the end. It is not charming. 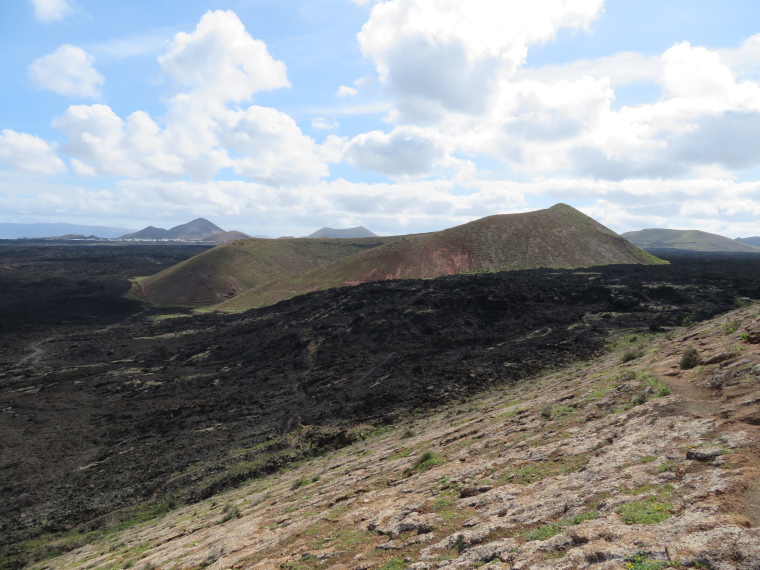 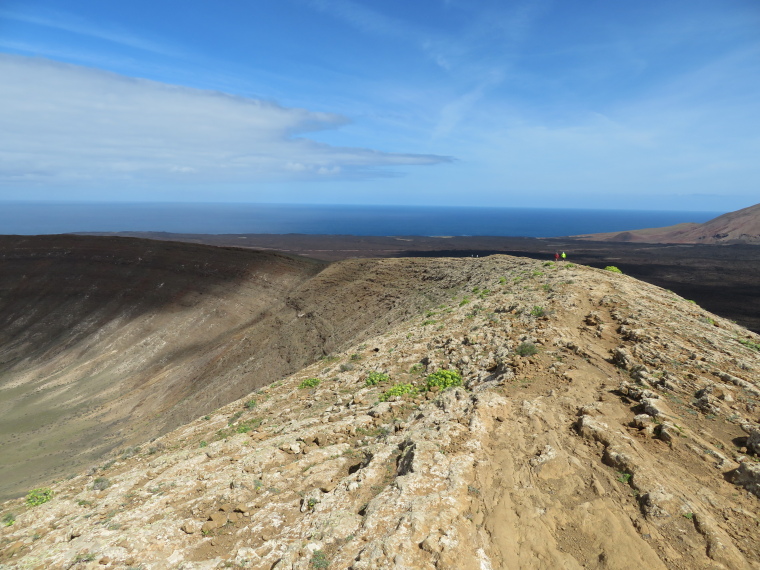