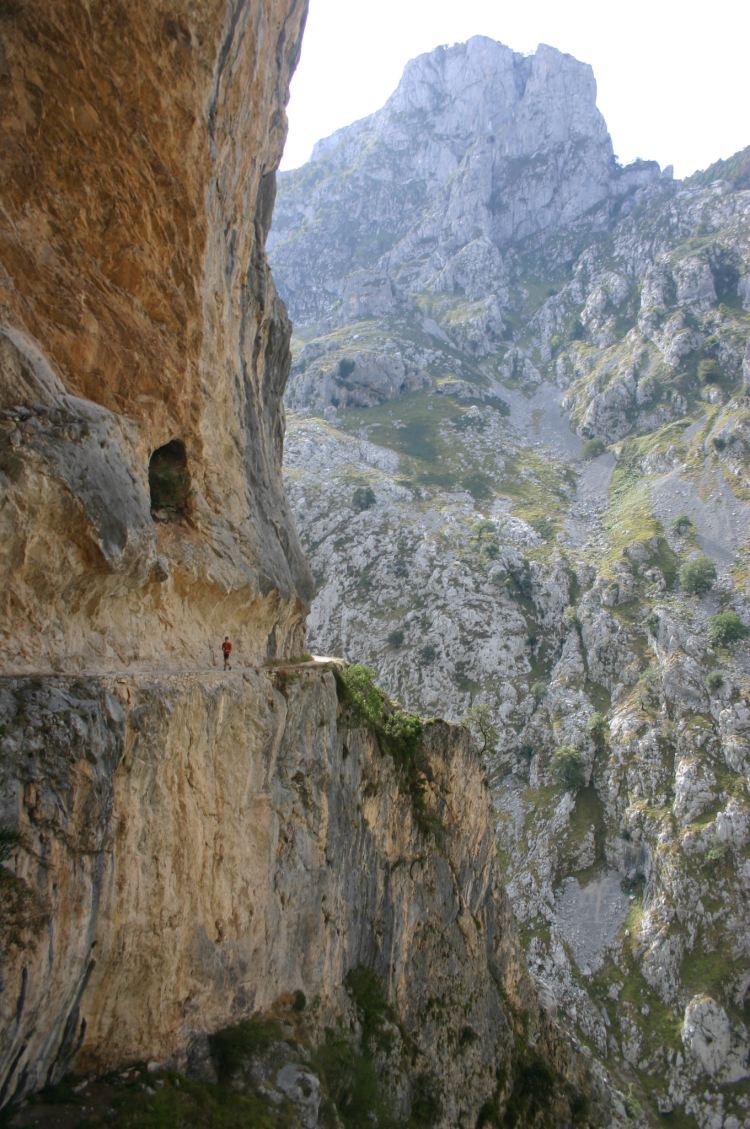 The Cares Gorge (Garganta del Cares) is enormous, outstandingly beautiful in its upper reaches, and unmissable if you are anywhere near the Picos de Europa.

The river Cares has carved an improbable gorge through the heart of the huge limestone Picos range, dividing its Western and Central massifs. This chasm is well over a km deep in places, with vast rock walls on both sides.

The river has been partially diverted for hydroelectric power, water coursing down a canal built into the mountain itself, and walkers can use the related maintenance path. This is an impressive feat of engineering, clinging to the cliff face and tunnelling through live rock. Although the track is wide and easy, it’s not the best place for sufferers from vertigo.

The gorge below the cliff section is huge and grand, the path winding hundreds of feet above the river after an ascent from the perfect Roman bridge (with wonderful swimming-pool beneath it) near Poncebos. You get big views along the gorge from ridgetops, where you will want to sit and marvel. On the southern side is the vast Murallon de Amuesa wall. The river is a small glistening thread from here.

Around the great bend, the upper (south-north) gorge is more beautiful, more verdant and more enclosed. Between cliffs and crags, thinly forested couloirs soar for hundreds of metres to the impossibly distant peaks framed between their walls. The deep recesses of the gorge rarely see the light and harbour a dank, ferny microclimate.

It is hard to do justice to the drama of the path as it winds, hundreds of sheer feet above the river, around the smooth walls of the gorge, sometimes dipping through arches or longer galleries. As you approach Cain, you will cross the gorge twice on spectacular bridges, and pass through a series of galleries.

Some people descend the gorge from Cain (where the gorge-proper begins) to Poncebos, although it is possible to start/finish at the villages higher up the Cares valley. However, ascending the gorge is probably preferable.

The gorge path from Poncebos to Cain is around 15km (figures vary wildly) and takes around 3.5 hours to walk – but assume a lot of extra gawping time. (A 1.5hr approach walk from Poncebos before you reach the most spectacular cliff sections.)

Getting between the two roadheads is difficult – 2 hours by taxi – so most people walk both ways along the gorge, or walk in as far as their time and inclination allow them before turning back.

The trail gets crowded at weekends and in high season, although it is emptier around lunchtime – go mid-week if you can. Parking/access can be a nightmare (at the Poncebos end in particular) in high season.

Animals you may see include goats and huge vultures soaring high above the spires. 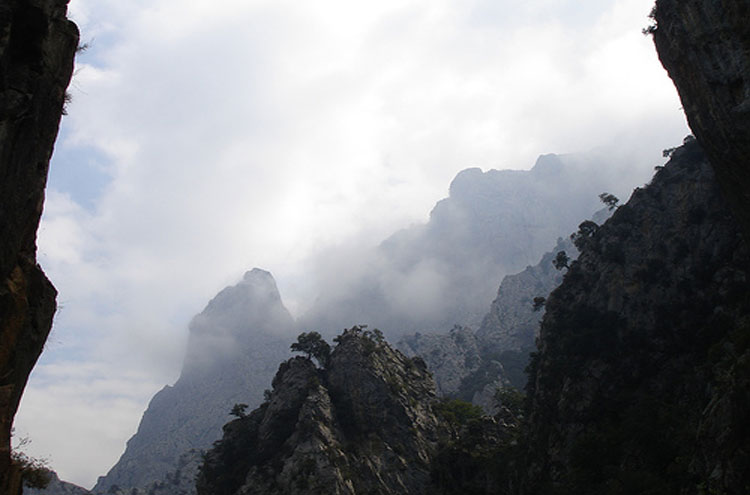 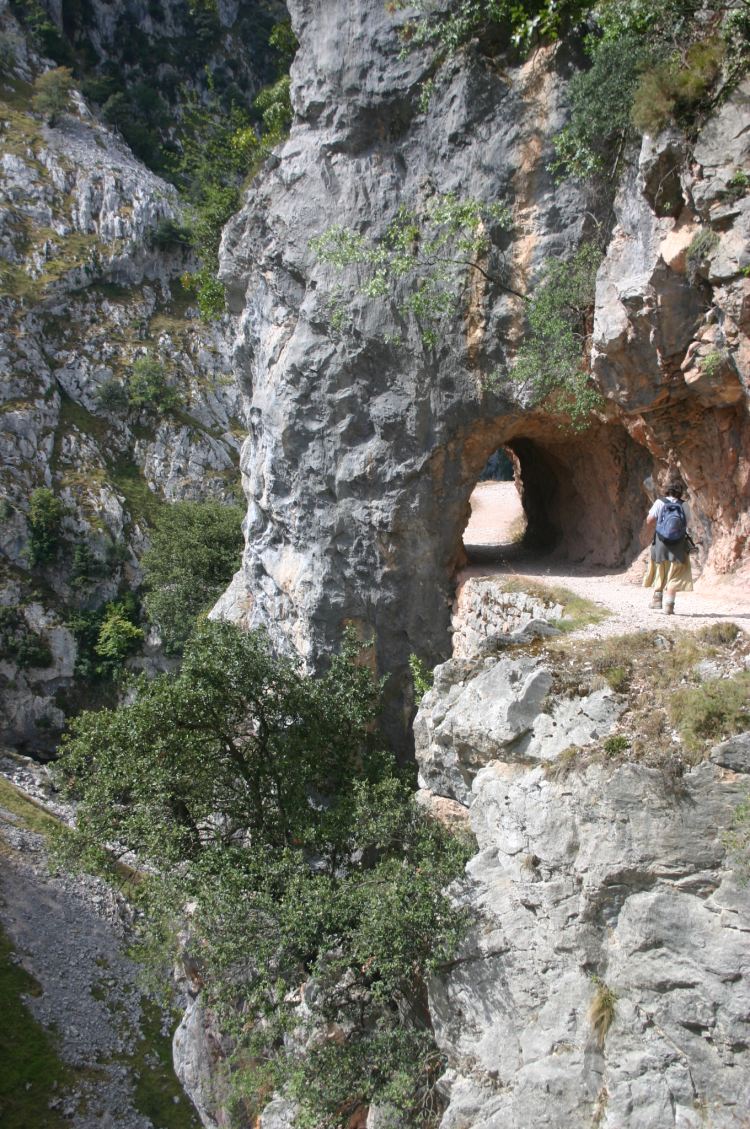 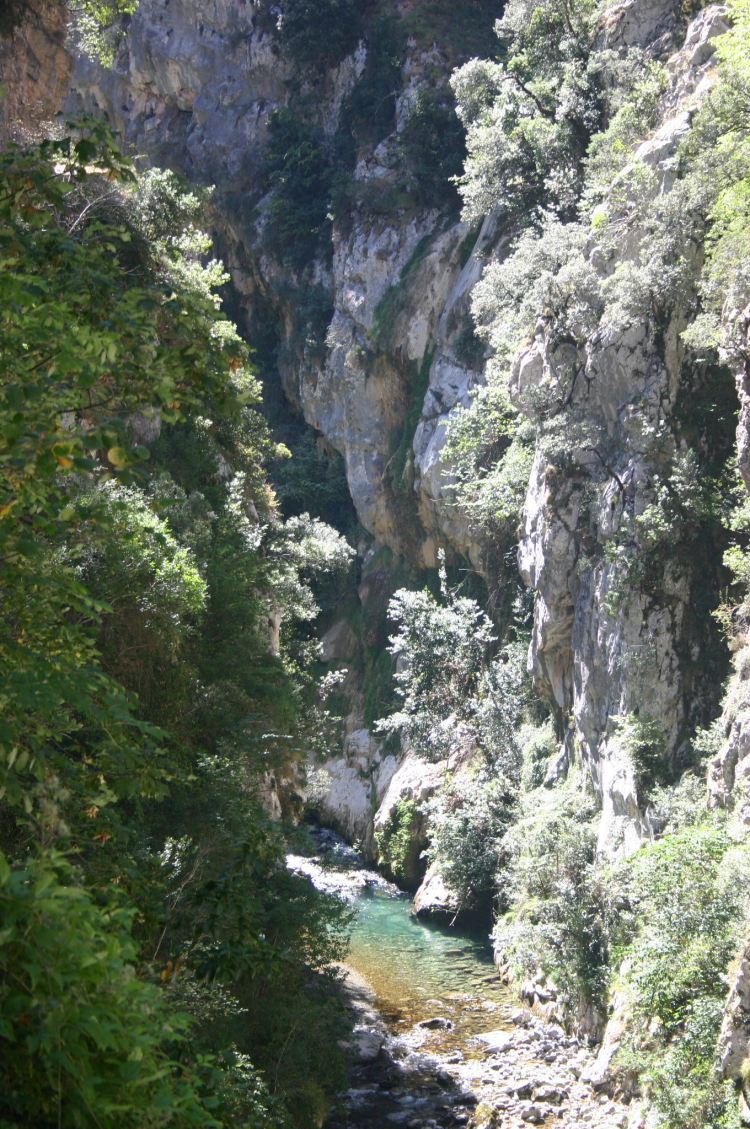