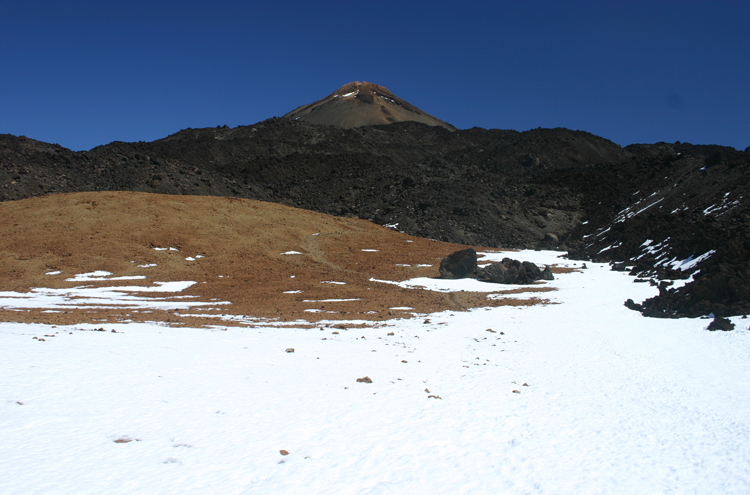 Tenerife is, like the other Canary Islands, the top of a huge volcanic spike thrusting up from the deep Atlantic. Here, a vast volcanic area collapsed, a mere 150,000 or so years ago, creating the vast Las Canadas caldera with its horseshoe of thousand-foot cliffs.

The present Las Canadas caldera is 16km long and five or so wide, a series of arid gravelly flats almost overwhelmed by the vast lava flows of the millennia. Subsequent eruptions have filled in much of the abyss, creating in a geological scintilla the much higher peak of El Teide (at 3,718m) in its centre, with great lava flows running off it into the crescent-shaped depression, which has filled up a long way but is still surrounded by huge cliffs on its southern curve. Along the way, the stately crater of Pico Viejo - itself 800m across - was elbowed aside by its fast-growing, all-consuming young cousin.

El Teide - the highest mountain in Spain, let alone the Canary Islands - dominates Tenerife, its peak serenely snow-capped in winter but more a looming presence than a thing of beauty for the rest of the year.

There are three main ways to climb El Teide, two of them via Montana Blanca, the pale-coloured 2750m excrescence from Teide's eastern flank, the third via the Pico Viejo to the south-west, a longer route, with something like 150m more altitude gain than the shorter of the two Montana Blanca routes, but more varied, with the fascination of the view down across the Pico Viejo.

These are long, steep, tough climbs on at times joyless broken lava, but the views as you get high above Las Canadas and fascination of the terrain - this is volcano nerd heaven - will compensate for some tedious trudgery.

With a cable car climbing to within 150m of the peak, you can plan to get back down an easier way - or, if you think bad weather may be a risk later, you can get up there quickly and then descend the mountain on foot. There is much to be said for this anyway, as there is more chance you will remember to stop regularly to enjoy the drama of this huge black lava flow descending onto the plain of pale orange pumice that formed the shoulder below Pico Viejo, across which, behind an archipelago of lava spires in this yellow sea, is the rim of Pico Viejo, complete with a frozen layer of the lava lake that once filled it - and the staggering views around Las Canadas and all the way to the sea.

You need a permit for the final 150m trudge up the steep baby-cone atop the shoulders of the great volcano, which is now internet booked and can need to be reserved several days in advance.

Take great care about the likely weather before beginning your walk. It is changeable, and these walks would be unpleasant and risky in thick cloud.

See our Las Canadas and El Teide page for further information on this walk. Our Tenerife page has detailed general information.

The huge volcano of El Teide - at 3,718m the highest mountain in Spain, let alone the Canary Islands - dominates the Island of Tenerife, its peak serenely snow-capped in winter but more a looming presence than a thing of beauty for the rest of the year.

Teide's youth is extraordinary: a huge volcanic massif collapsed into the sea 150,000 years ago, leaving an abyss the southern rim of which is now the crescent-shaped line of thousand-foot cliffs around..... 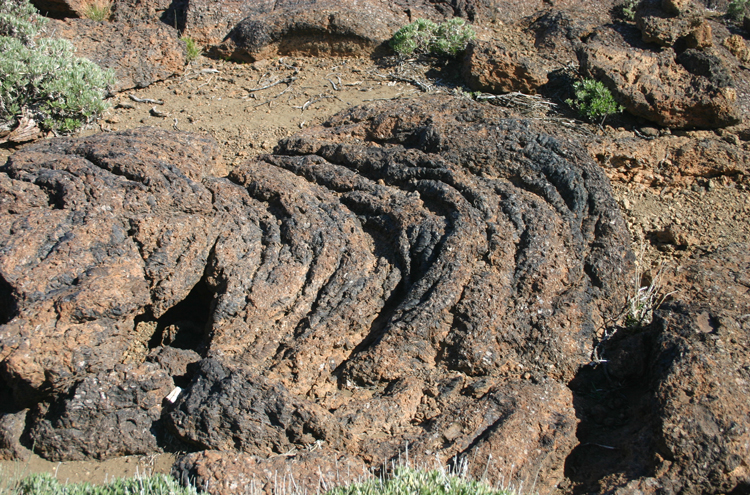 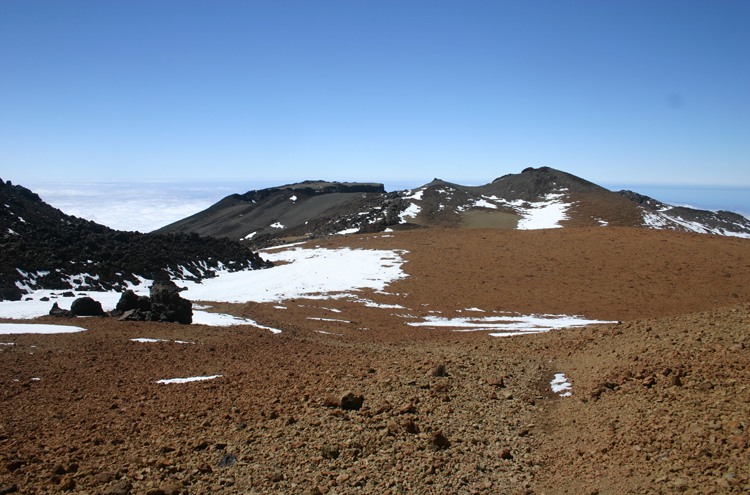 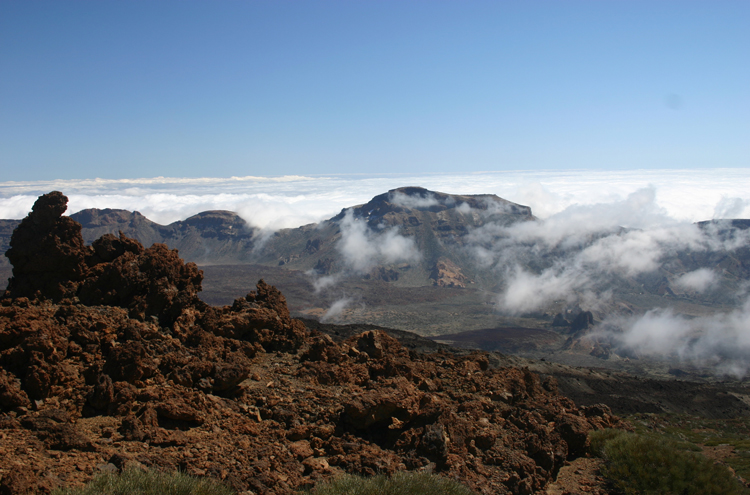