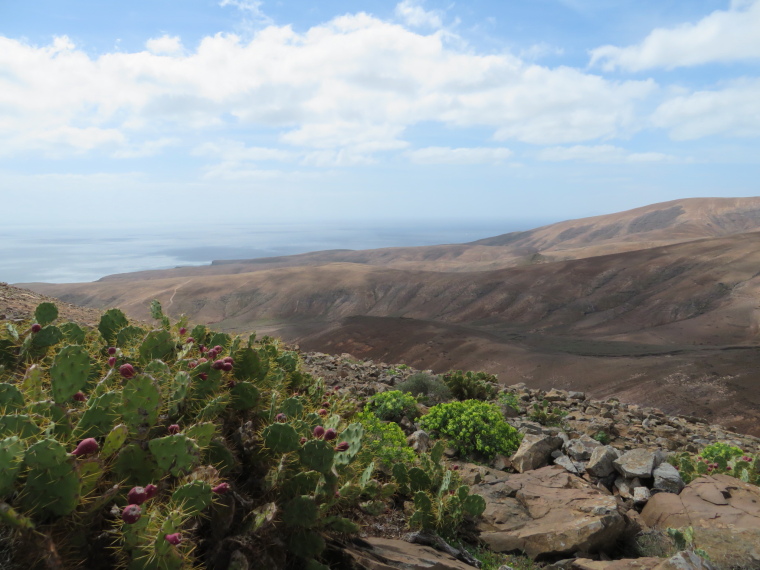 The group of hills around the pleasant-enough village of Femés in the south-west has some really good walking. There are two ridges and their outliers to choose from, basically north and south of the village. Both drop away steeply on the outside of the massif, with some particularly fine, empty, ridges and valleys sinking to the sea to the south-east. This is drier country than further north.

The best walk appears to be the 7.5km circuit around the hills and barrancos to the south.

This starts out up a dreary track to some dreary ridge-top buildings which turn out to be a rather smelly goat farm.  The walk becomes magnificent immediately after, traversing on a path cut into the cliffs below a peak, high above the deep, quiet grey-green Barranco de la Higuera. At its base is the sea and nowt else - this rough area has been spared development, so the view is empty (well, almost) of signs of the modern world, and welcome for that.

At a col, a huge view opens up, westward over the empty desert of the Rubicon Plain to the coastal whiteness of Playa Blanca. The trail then passes delightfully ascos the cliffs below Pico Redondo to the Degollada del Portugues pass, where it picks up south-eastern views again. A ridge walk takes a very happy you down for a km or so, then you turn left and drop easily into the Barranco de la Casita, climbing back up to the Lomo de Pozo ridge. It would be rude not to divert rightward along the ridge for a few hundred metres to the eponymous hilltop for lovely views all round.

Then it is the long trudge and then slog up the western flank of the Barranco de la Higuera to the ridgetop goat farm. We recommend that, rather than drop straight back to Femés, you divert east along the lovely ridge south of Femés (see below) for superb views down to the sea and back over the Femés valley. Walkopedia ate a very happy picnic here.

The ambitious could, rather than returning up the Barranco de la Higuera to the ridgetop above Femés, head down the barranco and turn north up a PR trail which would eventually lead to Casitas de Femés – but climbing onto the gorgeous ridge immediately south of Femés (see below) and thus returning to Femés; there are two options to get onto the ridge - a steep one straight up a side ridge to Pico Oveja, or a gentler one which starts from much nearer Casitas.

Atalaya de Femés, the large ex-volcano immediately above the village to the north, looks frankly dull, not helped by being topped by a hideous communications station, although it has admittedly outstanding views of the south of the island, from Timafaya to the north to the south-west  tip. A slog straight up and down from the village. The long ridge walk to it from Yaiza/Uga to the north-east is a lot more appealing, with a longer, gentler, more varied approach.

The lovely level ridge immediately south of Femés, towards Pico Cuervos and Pico Flores looks very inviting – and is delightful, easy walking with superb views down to the sea and back over the Femés valley.

Lanzarote– Sunflower guides: 31 varied walks, including most of these. Recommended. Find relevant books on Amazon. 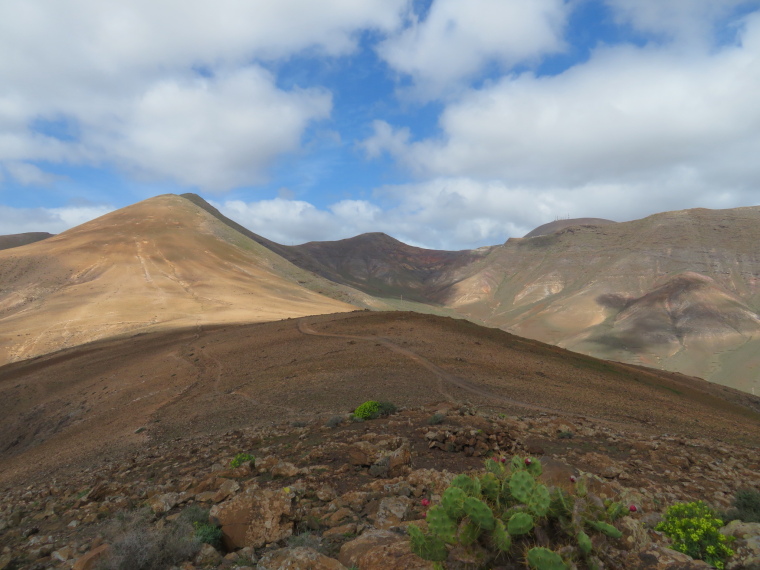 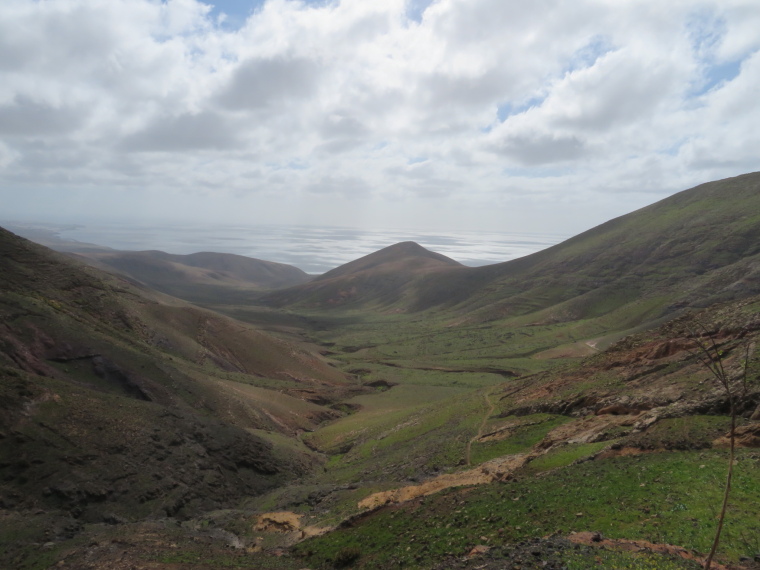 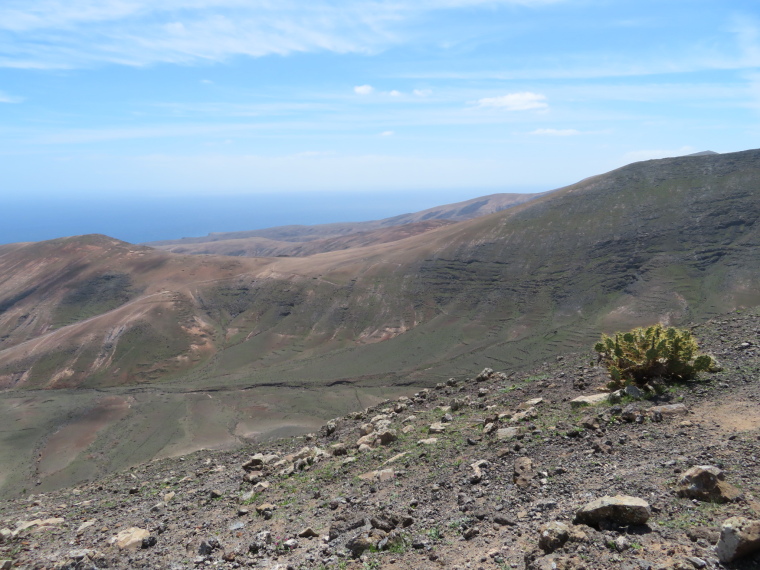