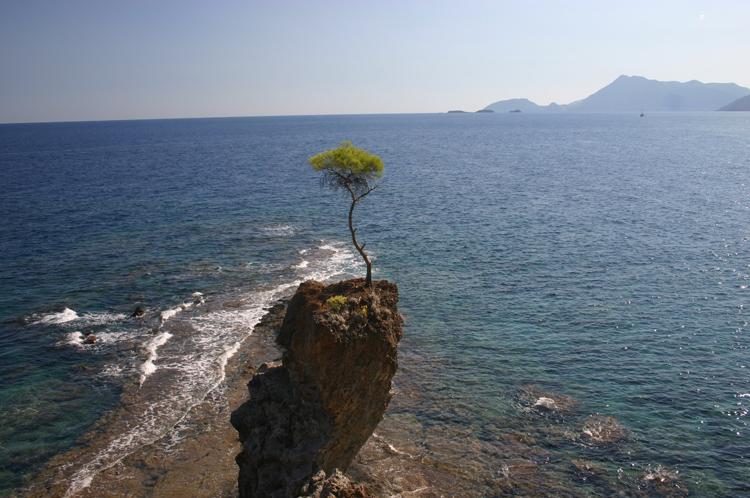 The Lycian Way, in the partly protected Tekke Peninsula in Turkeys south-west, has only relatively recently been created, mapped and marked, and was opened in 1999 as the first long-distance way-marked trail in Turkey, comprising some 509km of ancient roads, mule trails, and forest paths between Fethiye and Antalya. The Way was the brainchild of the remarkable Kate Clow, who researched, planned and way-marked it. Most of us will only be able to walk sections.

The huge variety of the trail is a particular delight: the high, lonely peaks of the Taurus Mountains southern flanks, to tough, rocky plateaus, to olive groves to meadows (revel in the wildflowers in spring), to wheatfields, to the coastal cliffs and long, glorious beaches of the Turquoise Coast. You will pass Greek and Roman remains temples, theatres and amphis, houses, whole cities, even this was a highly prosperous backwater for centuries Byzantine churches and towns, Genoese and Ottoman forts, medieval-feeling hamlets.

Highlights are endless, and include:

The historical background and ruins of the area endlessly enhance the walk, as you follow in the footsteps of Alexander the Great through a parade of Mediterranean civilizations. The Lycian coastline came into historical focus in the Bronze Age, on the shipping routes between Greece and Egypt. The area was conquered by the Persians, then Alexander the Great, then, after a couple of hundred years of independence, the Romans; it flourished for centuries, then went into decline while part of the Byzantine Empire, as central weakness and Arab raids turned the area into an impoverished backwater.

Although the Lycians absorbed many aspects of Greek and then Roman culture, they had an individual style (synthesized over time, with Persian, Greek, Roman, Byzantine and Turkish influences) which permeates their art and architecture; this fascinating trail leads its followers past many of their remote archaeological sites, as Lycian graves and ruins are scattered all over the peninsula.

Captivating history and culture aside, the Lycian Way has much to offer: the natural beauty of Turkey without tourist crowds, as the track winds through forest, along beaches, up mountains and past small bays, usually with glorious views of the Mediterranean and the surrounding landscape. The folded, eroded limestone peninsula contains excitingly changeable landscape, from peaks and ridges, to pockets of high pasture, to gorges, to lovely varied forest and farmland in the lower reaches. Animal life is not its strongest point as a result of fairly unregulated hunting, but is interesting nonetheless, with a variety of birds. The spring wildflowers are gorgeous.

The trail also gives a fascinating insight into contemporary rural Turkey, and introduces hikers to the friendliness of the local villagers, in whose houses it is often possible to stay. Accommodation is more likely to be small, characterful hotels, which are almost all run, in our experience, by charming and helpful people.

It is difficult to find problems with this walk, although you need to be reasonably fit. There are some dull (dreary, even) sections of polytunnels and towns, but they can be skipped over using local buses or taxis. Having a firm to anticipate and leapfrog you across those to the next good bit has real advantages.

The walking, although not inherently difficult, can be tiring as a result of the heat and sea-humidity in much of the year: a rest day or two is as a result a welcome delight. Explore ruins, take a boat (gullit) out for the day; swim and snorkel; and just hang out in lovely, tranquil spots.

It will take you up to four weeks to walk the entire route, although most people walk shorter sections, usually (but by no means always) supported by a company that moves their luggage between stops, or even guides them along. A lot of this trail can be walked as day walks.
On the western parts of the trail, accommodation is easy to come by, ranging from small hotels to rooms in houses, often in atmospheric settings. Further east, it is less plentiful in some places and you will need to camp some of the time.
Marvellous as it is, the Lycian Way is overhyped on the basis of a Sunday Times article including it in the worlds top 10 walks. They haven't travelled.

Journey-excitement, poor sleep and a 3am get-up made for dopey travel and a very early bed last night. We are now up, hugely breakfasted and ready to march on the porch of our ”atmospheric” if dimly lit hotel on a high ridge back from the Lycian Mediterranean. Bright sunlight and huge views down a gorge to the distant sea heighten our anticipation. 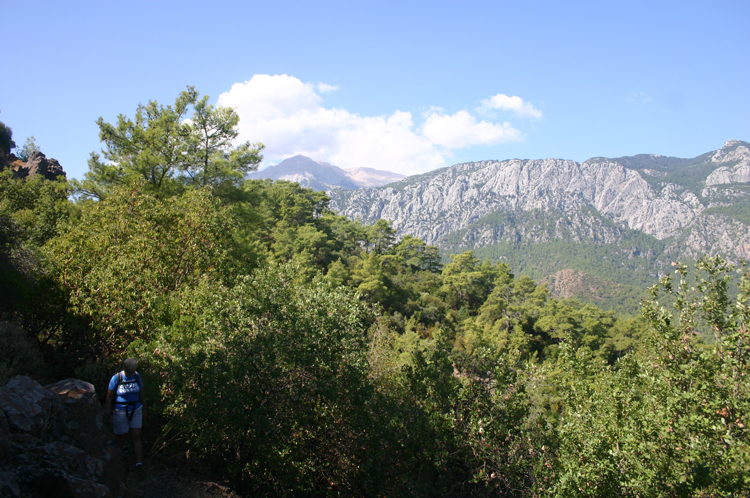 Name: smalltrek
Posted on: 23/04/2015
Your write up  has plenty of great information and links. It would also benefit from a link to http://trekopedia.com/?page_id=471 A free wiki completely dedicated to the Lycian Way trek itself. Route Sections, Communities, Accommodations, Attractions, Services, Points of Interest, Resources/Links, and gps tracks. 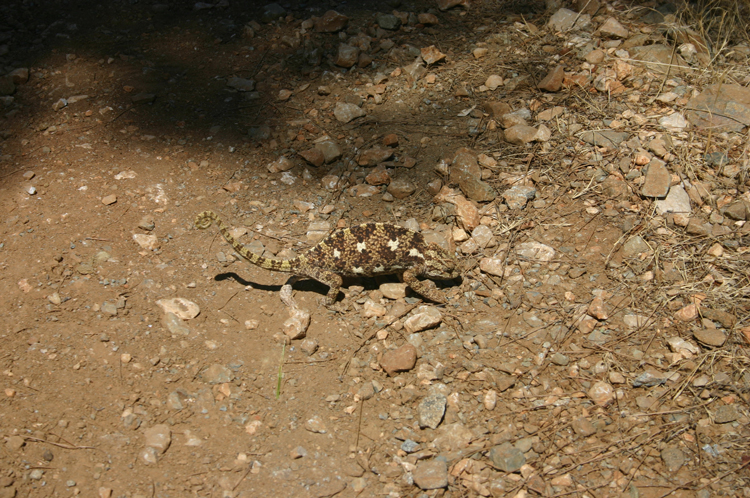 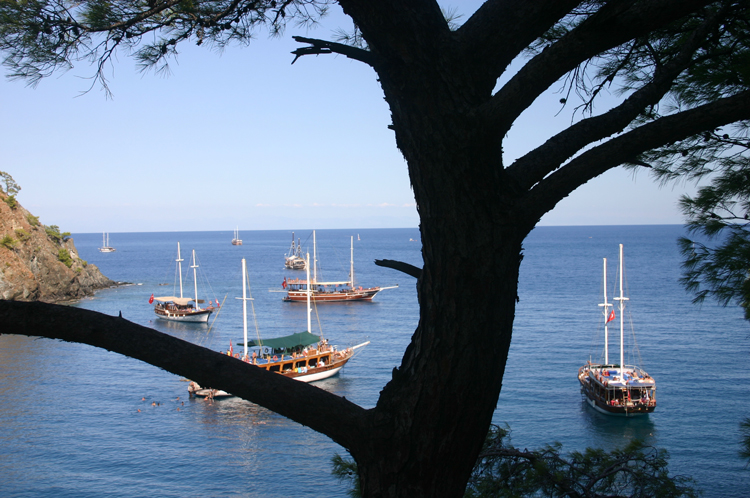