There is something magical about this tiny corner of Turkey, its position on the blurred border between Europe and Asia lending it a disproportionate historical importance. Both Xerxes of Persia and his father Darius attempted (according to Herodotus) to construct a bridge of boats across the Dardanelles, the narrow channel of water that separates Europe from Asia south-west  of Istanbul, and conquer Greece, and both ultimately failed. Many years later, Alexander the Great crossed the straits in the opposite direction to conquer the Persian Empire. Just a few kilometres south of the strait lies the legendary city of Troy.

The Dardanelles, once known as the Hellespont, has perhaps a particular resonance in the West: in the Greek myths, it was across these waters that the love-struck Leander would swim each night, towards the lantern lit by his Hero in her tower at Sestos. It was also across these waters that Lord Byron once swam, to prove the feat possible. With the giants of myth, legend and reality passing through here, it is unsurprising that the area maintains such a strong sense of history. But it is the now infamous strip of land to the north-west which draws most modern visitors: The Gallipoli Peninsula.

Gallipoli is a beautiful, if bleak, and curiously big landscape. Much of the interior appears rolling – even flat in places – and is dry and windswept, with brown grassy slopes offering views stretching vast distances across the peninsula. These disguise winding gullies of varying depth and breadth, meandering in from a coastline of short beaches and small cliffs and providing dusty pathways through the peninsula ? for invading forces both natural trenches and terrifyingly vulnerable tracks. Though small, the often interestingly carved sandy cliffs rearing from the beaches provide an imposing barrier.

It is impossible not to focus on the hostile features of the peninsula's landscape, given its saturation with memories of its more recent past. Between April 1915 and January 1916, the Turks won the greatest of the Ottoman Empire's First World War victories, when they successfully repulsed a landing by Allied troops at Gallipoli. The difficulties the invading troops must have faced are starkly illustrated by the narrow, easily defendable beaches and the steep gullies they used to transport men and supplies.

As part of an attempt to gain control of a sea route to Russia by capturing the Dardanelles, the Allies landed around 90,000 troops on the northern shores of the Gallipoli peninsula. However the unfriendliness of the terrain had been horribly underestimated, and they never managed to control more than the very tip of Gallipoli, and a thin stretch of land on the northwestern corner – short even after eight months of the gains they had hoped for in the first twenty-four hours. After months of bungling Allied command, and stalemate on the ground, the troops were ignominiously withdrawn having achieved no tangible gain.

Famously, his successes here demonstrated the military abilities of the commanding officer Mustafa Kemal. In the aftermath of war, he was to lead the Turkish to independence, earning himself the surname "Ataturk" (Father of the Turks) and an enduring legacy. Ataturk is revered in modern-day Turkey – to insult his memory is officially illegal – and his presence is hard to avoid. At Anzac Cove, his 1934 quote is inscribed on a vast stone memorial:

"There is no difference between the Johnnies

and the Mehmets to us where they lie side by side

here in this country of ours?

who sent their sons from faraway countries

wipe away your tears;

your sons are now lying in our bosom

and are in peace,

after having lost their lives on this land they have

become our sons as well."

In contrast, Gallipoli proved the undoing of that bellicose First Sea Lord, Winston Churchill, whose resignation was forced following the disaster; were it not for the Second World War, Gallipoli would be the event he would be best known for.

Under the umbrella of the British forces, troops from Australia, New Zealand, Newfoundland and India, as well as the UK, fought at Gallipoli: amongst the French forces were soldiers from both France and French West Africa. Because of the large number of Australian and New Zealand Army Corps soldiers present, along with the important place the campaign holds in their history (it was both nations? first major military action), commemoration of Gallipoli has become a weighty national celebration, and many visitors here are Antipodeans.

The human cost on both sides was incredibly high in Gallipoli: around 52% of Allied troops, and around 60% of Turks, are listed as casualties. The Gallipoli peninsula has an immediate poignancy which is difficult to escape. The waste of human life was catastrophic, and the stories from both sides of everyday life, as well as individual heroics, make it all the harder to accept.

There are three main areas to the battlefields: Anzac, Helles and Suvla. Suvla is the most difficult to walk, as the battlefield sites are much more spread out. Both Anzac and Helles are compact enough that you can spend a rewarding day in each.

This is the most visited sector, and the Australian government includes the outline of a walk between fourteen of the main sites on their Anzac website (including an excellent array of materials, with first-hand accounts as well as a summary of historical information). It is this walk which is described here, in brief.

Set off from North Beach, the site of some of the misjudged Anzac landings. Sandy cliffs rear up from the coast: the new recruits, fresh from military training in Egypt, nicknamed the eroded ridge the ?Sphinx?. The walk continues through Ari Burnu cemetery and to Anzac Cove. This is perhaps the most iconic of the Gallipoli sites ? certainly for Australian and New Zealand visitors. Following the shape of the coastline on a path slightly inland, you will come to Hell Spit, from which wonderful views reach over the Aegean to Turkish Imbros, and the distant Greek island of Samothrace.

From here head inland, up Shrapnel Valley to the cemetery. This was the route to the front, a fold in the hills which became an obvious shelling target for the defending army. Returning to the coastal path, the walk heads south to Brighton Beach, just north of the promontory of Gaba Tepe. This was where the troops were supposed to land, some two or three miles south of North Beach.

You will leave the coast behind briefly, heading up Artillery Road to Shell Green and Lone Pine cemeteries and, several hundred metres further on, Johnston's Jolly. This area was one of the bloodiest on both sides, and there are several Turkish memorials on the route. The first is a larger-than-life statue of a Turkish soldier, shown facing determinedly down the hill. The second, further along, is on the road down to the Allied Nek cemetery

Walk from the Nek cemetery to that at Walker's Ridge, before finishing the walk on the edge of the ridge, overlooking North Beach.

The Helles sector is the southernmost point of the peninsula, and most of the Allied fighting here was done by British and French troops. Two of the most famous memorials are in this area. The first of these is the impressive Helles Memorial, a 30m high obelisk visible to all ships passing through the Dardanelles, which commemorates both the campaign itself and all those missing soldiers who are not named at other sites. From here it is only a short distance to the grave of Lieutenant Colonel Doughty-Wylie, famous as the only soldier on the peninsula to have an individual memorial.

Close by are the cemeteries of V Beach and Lancashire Landing, where burials began soon after the Allied landings. V Beach is just yards away from the badly damaged old Ottoman fort of Seddülbahir, from which the Turkish rained bullets upon the attacking British and French forces.  A walk to the northeast will take you to the French cemetery and the Canakkale Martyrs Memorial, a huge 40m high commemoration of Turkish losses in the campaign.

A more adventurous walk, to the north of these concentrated beaches and memorials, follows the Gully Ravine in either direction, starting and/or finishing in the area of Pink Farm cemetery. This deep valley, an unexpected obstacle for troops, proved to be of great strategic importance throughout the Gallipoli campaign: it provided a path almost directly to the village of Krithia, an Allied objective, and its many offshoots formed a natural network of communications trenches. It even has a website dedicated to it (incidentally, with good general information on visiting Gallipoli).

The large curved bowl of Suzla Bay dominates the jagged northwest corner of Gallipoli, the landscape around it rugged and more hostile in appearance than the deceptively gentle appearance of some of the areas further south. This is the most spread out part of the battlefields, and walking from important site to important site becomes much more difficult. Having said that, the more remote landscape does lend the Suvla section a greater sense of adventure. As a result of the difficulties with access (and the fact that the fighting here was a British, rather than Anzac, attack) there is far less information readily available on Suvla, and a good guidebook will be necessary. Walkers will also need to be prepared for heat, and carry sufficient water.

One of the more experienced British firms for walking tours on Gallipoli is www.battle-honours.co.uk, and they offer a range of options – including separate holidays aimed at first time and returning visitors. 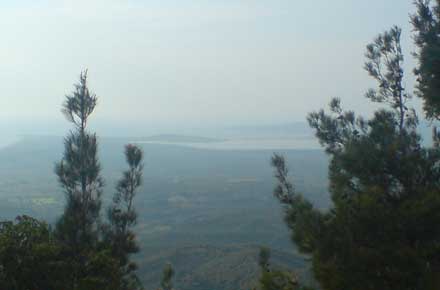 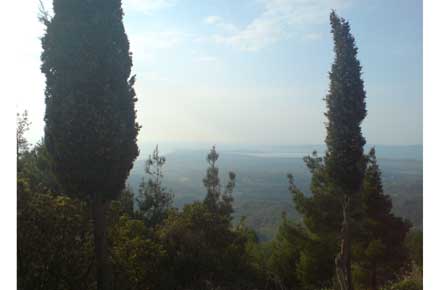 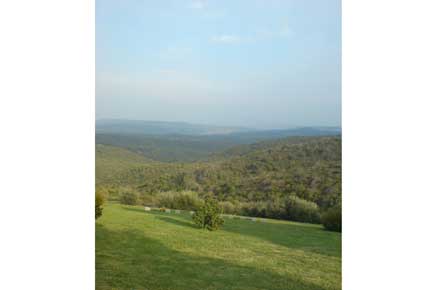