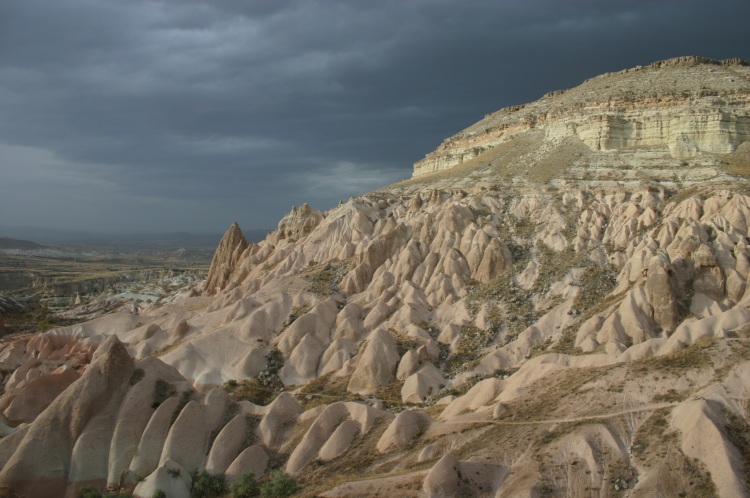 Cappadocia is justly famous both for its extraordinary, unworldly scenery - deep canyons cut into the soft volcanic tuff and weird rock formations - and for its troglodyte homes and churches - deeply burrowed towns even - and early Christian history. It thoroughly deserves its World Heritage Site status.

Cappadocia is beautiful (in a strange way), with its natural cones, pinnacles, ravines, canyons and cliffs varying in colour from warm and earthy ochres to cooler shades of green and grey. The area's canyons and trademark 'mushroom' formations (or fairy chimneys) were created through the erosion of the deep, soft, geologically young - a few million years old - compacted volcanic ash with a harder layer of lava above, and the 'chimneys' evoke fairytales or nightmares, depending on your state of mind (substance profile for the younger visitor).

The locals have for centuries made use of the soft rock, and troglodyte dwellings burrow deep below the surface, even creating underground cities (which were often used by early Christians as hiding places), such as Kaymakli. The region's greatest man-made glories, though, are the churches and monasteries, often sporting the remains of rich wall-paintings and facades reminiscent of Petra, which are dug deep into the cliff-faces.

Cappadocia was a centre of early Christianity, producing the 'Cappadocian Fathers' and John of Cappadocia, Patriarch of Constantinople between 517 and 520AD.

There is no single famous trail here. Instead, there is a plethora of pedestrian pleasures to choose from. You must explore at least two of the extraordinary 'valleys' (for which generally read canyons) around Goreme: we suggest a physically weird one (i.e. a narrow ravine opening slowly into a wider-bottomed, cultivated canyon) such as the Rose Valley and a church and history-packed one such as the marvellous Zelve (or Ihlara) to provide a suitable mix. But you should not miss a traverse on high ground, to get a panorama and an understanding of the weird topography, and we recommend that the area of Ak Tepe (The White Hill), the Goreme area's dominant landmark, as unmissable. The Ilhara Valley further away is also outstanding.

Some of the best valleys around Goreme include:

Ak Tepe (White Hill), a high mesa (table hill) near Goreme has superb atmosphere and views and should not be missed if you are in the area.

Goreme, the centre of the most spectacular scenery and thickest cluster of cultural treasures in what is now called the Goreme National Park, is a good base for exploration, and is home to the Goreme Open-Museum (see below).

There are many expedition organisers, who will put together programmes of varied walking.

If you have the time (and money!) for a hot air balloon ride over the area, this is highly recommended. 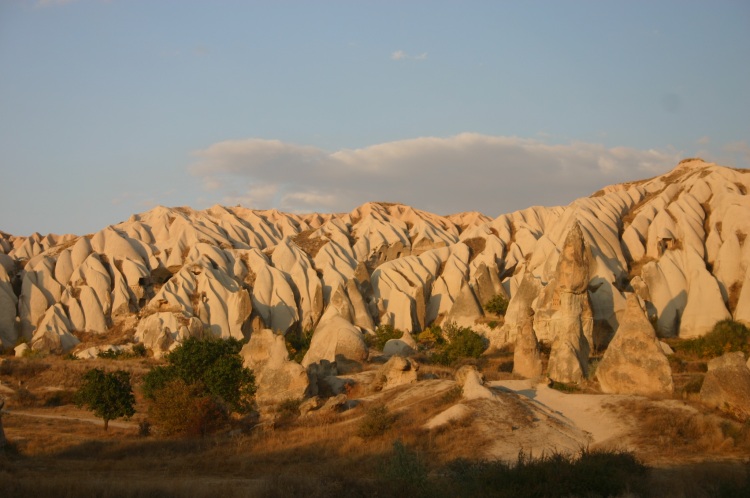 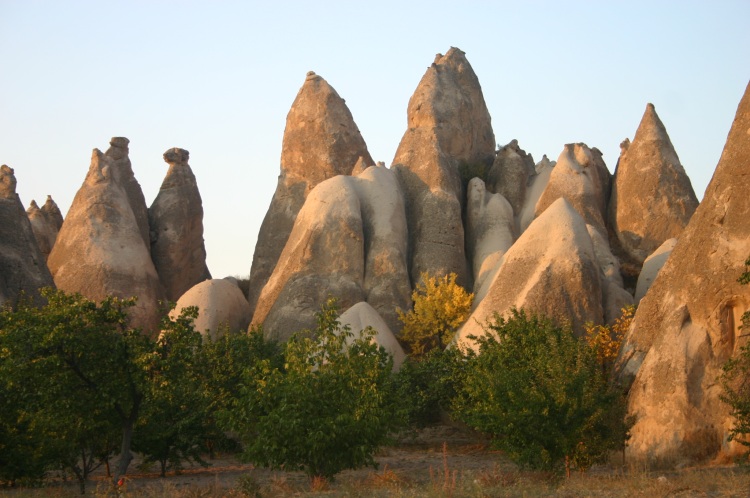 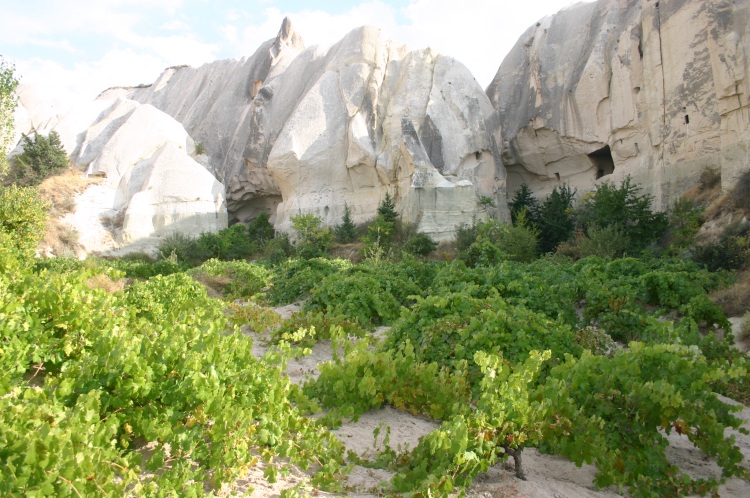