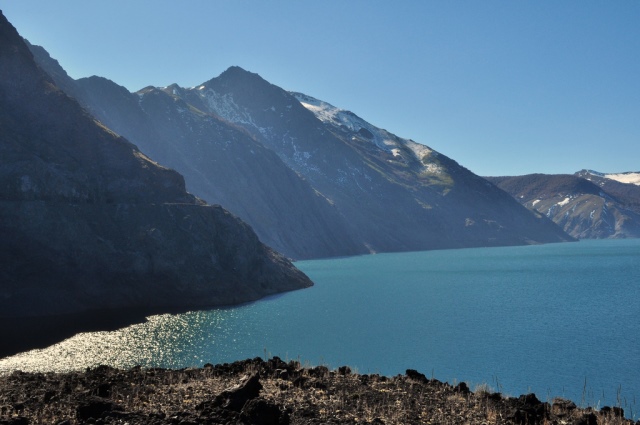 Volcan Antuco, with its almost perfectly formed volcanic cone rising 2,979m above the waters of Laguna del Laja, is the highlight of this compact Andean national park. It also provides the only walking opportunity of any significant length in the area, with a trail circuiting the volcano on a three day trek.

Antuco's past eruptions have created a dramatic volcanic landscape of lava deserts, in many places almost entirely devoid of vegetation, with the jagged, ice-draped peaks of the non-volcanic Sierra Velluda dominating the skyline to the south-west.

If you are arriving by public transport, you will only be able to get a bus from Los Angeles as far as the tiny village of El Abanico. From here it is 11km to the starting point of the walk: during tourist season you are likely to be able to hitchhike this section, if you can't, you will have to walk.

The walk proper starts from the small ranger station of Guarderia Chacay, with an initial steep ascent to a plateau overlooking the Rio Laja. Here, a junction splits the path; to the right is a possible short side trip to Meseta de los Zorros, to the left is the main trail, signposted towards Sierra Velluda.

Volcan Antuco's activity has fashioned the landscape here, the sheer scale of its impact is astounding. The trail skirts lava fields, travels across solidified slag and through dark volcanic sand, coming after an hour or so to Estero Los Pangues. It is near this stream, directly beneath the towering peaks of the Sierra Velluda, that many choose to camp for the night.

The next stage of the walk crosses the pass between Volcan Antuco and the Sierra Velluda, at 2,054m the highest point of the trek. This can be tricky, with significant snow remaining on the trail well into January; make sure you have appropriate equipment. Lonely Planet recommends the slope down from the pass as an excellent opportunity for some 'glissading' - descending to the valleys below by the simple expedient of sliding down the snowy mountainside. Have an ice axe if you intend to try this, to allow greater control (and be warned - unless you are experienced enough, with sufficient strength in your legs, to stand or crouch - any non-waterproofed clothing will get soaked through).

Upon reaching the lower sections of the trail, the final section of the walk roughly follows the line of the western shores of Laguna de la Laja, from the camping spot at Los Barros back round to the starting point of the trek. Conversely, water is frequently not easily available, so ensure you have supplies. This is essentially a volcanic desert, created by the rain-shadow formed between Volcan Antuco and Sierra Velluda, with only occasional melt-water streams trickling across the sand as the summer sun warms snow on the higher slopes.

Walk over the large lava flow which originally dammed the Rio Laja, forming the large turquoise lake for which the area is named, before reaching the ski village (central to the area's winter tourism trade) and, shortly afterwards, the trail's end.

Walkers may want to add in a climb to the summit of Volcan Antuco, a challenging but rewarding hike with some stunning views across to the Sierra Velluda; most visitors to this national park also take the short, straightforward path from the administration centre to the beautiful Salto las Chilcas and Salto el Torbellino.

Be aware that snowstorms can be a problem if you are walking the circuit towards the onset of winter. In 2005, in what has become known as the "Tragedy of Antuco", 44 teenage conscripts and a sergeant of the Chilean national army died when they were caught up in a snowstorm during a training exercise. On the path between Laguna de la Laja and Volcan Antuco, you will see the scattered headstones commemorating these men in the places their bodies were found, and an impressive new memorial. 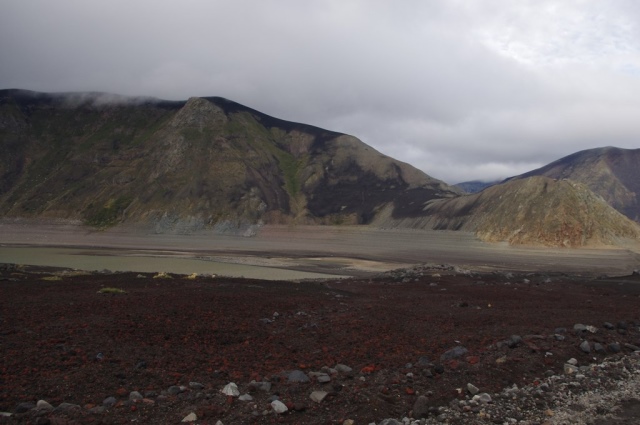 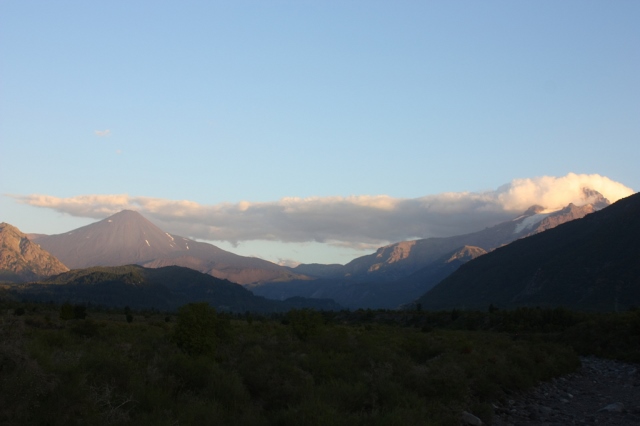 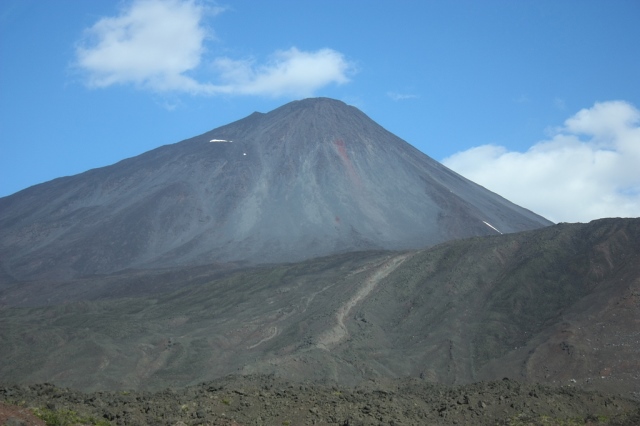