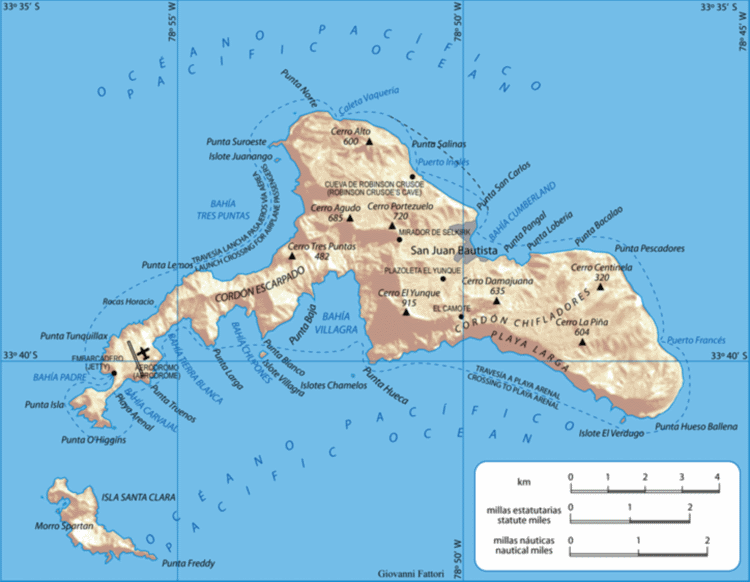 "I am monarch of all I survey,
My right there is none to dispute;
From the centre all round to the sea,
I am lord of the fowl and the brute."

So wrote William Cowper in Verses Supposed to be Written by Alexander Selkirk, During his Solitary Abode in the Island of Juan Fernandez, published in 1782.

The islands of Juan Fernandez, 667km off the coast of Chile, are the proverbial deserted paradise. Their isolation, stunning scenery, and the story of Alexander Selkirk's four year-long confinement on their shores have provided a source of curiosity and inspiration for centuries - perhaps most famously expressed in Defoe's legendary Robinson Crusoe.

In spite of this vicarious fame the Juan Fernandez Islands have remained amazingly unvisited, and tourism suffered further in the aftermath of the 2010 tsunami, which caused considerable damage to the capital, San Juan Bautista. The relatively recent renaming of the two largest islands (from Mas a Tierra to Robinson Crusoe - surely the first ever renaming of a significant place after a fictional character - and from Mas Afuera to Alejandro Selkirk) is part of a conscious effort to encourage visitors to the area, in recognition of the lack of potential for economic development through their traditional lobster industry.

Those who do choose to visit will find an astonishing peace in exploring the hiking trails and hidden beaches, despite the frequently blustering wind. The flora and fauna of these islands can be fascinating, shaped both by their long isolation and by the introduction over the last 500 years of invasive new species. In spite of the devastating effect of introduced rabbits and goats, the native flora remains worthy of note, varying from grasslands to montane, fern and brushwood forests, and including 126 endemic plant species.

Perhaps unsurprisingly, the small, rocky Juan Fernandez islands are home to a small and relatively homogenous fauna, with no native reptiles or amphibians. The endearing fur seals here, however, have fought back from the brink of extinction and are now an iconic sight. There are also around thirty different species of sea and land birds breeding on Robinson Crusoe, with perhaps the most famous being the delicate, beautiful Firecrown Hummingbird.

Although hiking is not really an option on tiny Santa Clara, at just 2.2km2, there are some excellent opportunities for walking on both Robinson Crusoe and Alejandro Selkirk. The former offers the most human interest, especially to those inspired by Selkirk's story. In particular, many people take the path from San Juan de Bautista up a forested mountainside to the saddle of El Mirador de Selkirk. This is the only place from which both sides of the island can be seen and it was from here that, for four years and four months, Selkirk scanned the horizon in vain.

In the same area are several other points of interest, including the relatively recently reconstructed ruins of Fuerte Santa Barbara, an eighteenth century Spanish fort, and the Cuevas de los Patriotas - roomy but damp caves to which around 300 soldiers loyal to Spain retreated on the event of Chile's declaration of independence in 1815.

Extending the trek to Selkirk's lookout, it is possible to continue across the island to Tierras Blancas, where the island's only endemic mammal can be seen out in force - a colony of Juan Fernandez fur seals.

A return walk from Puerto Frances up towards a viewing point, from which Santa Clara can be seen, and then retracing your steps back to the shoreline provides an excellent opportunity to explore further the varied flora and fauna of Robinson Crusoe Island. However, this walk is best accessed by boat (and so potentially better done as part of a guided tour).

Getting to Alejandro Selkirk, still called Mas Afuera ('further away') by the locals, is even more of a challenge than reaching Robinson Crusoe. It is accessed by irregular boat trips from the larger island, their timing determined by weather and conditions, and should these change you could end up stuck here for an indefinite period. As such, rocky, rugged, Alejandro Selkirk feels even more isolated than its nearest neighbor. 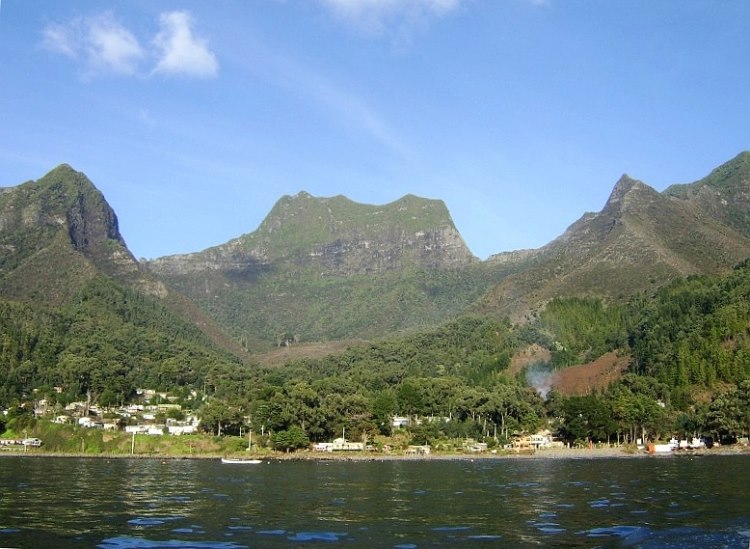 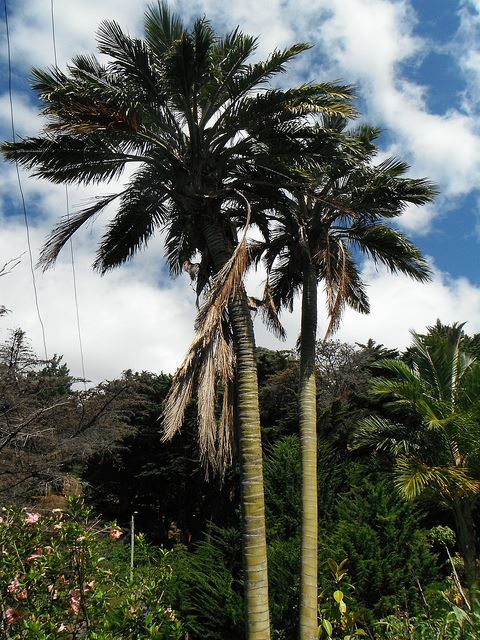 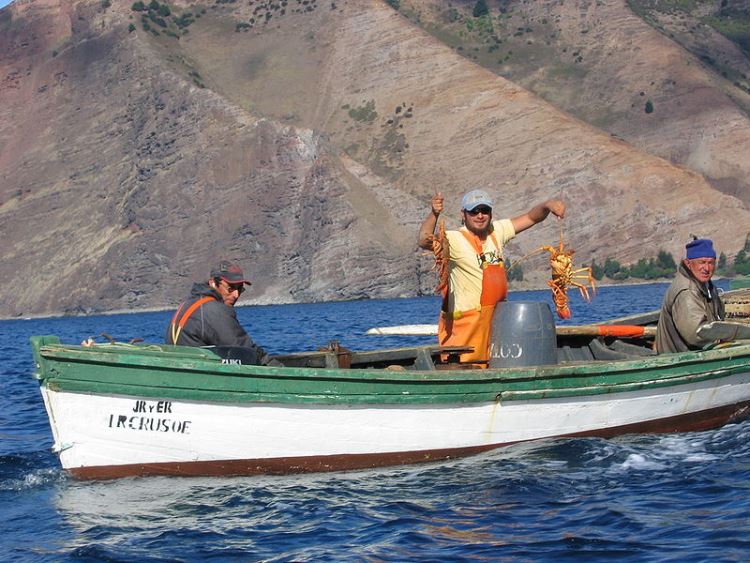