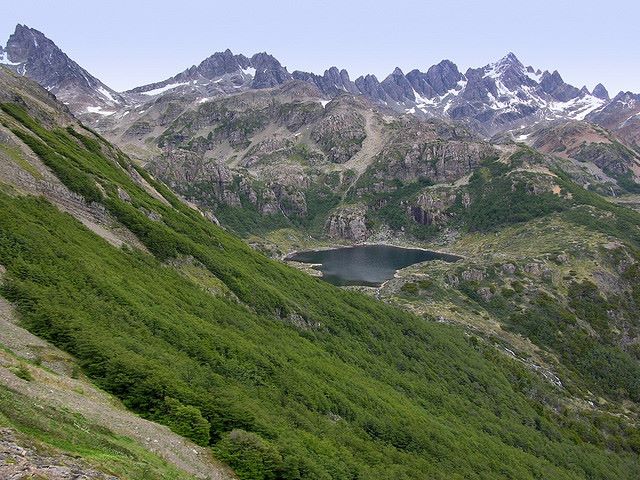 This is the world's most southerly hiking, a dramatic subantarctic trail around the jagged, spired peaks of the Cordon de los Dientes, on the Isla Navarino. Outstanding views from this looping trail reach across a rocky, windswept landscape and, further, out over the Southern Sea as far as the islands of the Cape Horn.

This hike is primarily about exploring Isla Navarino's bleak sub-Antarctic wilderness. However, the island is also home to the rich cultural history of the Yaghan people, and a visit isn't complete without a trip to the wonderful Martin Gusinde Museum in Puerto Williams. Living further south than any other aboriginal people, the Yaghan, or Yamani, lived off the sea, and spent most of their time in large canoes.

Both sexes covered themselves with the blubber of sea mammals, rather than with clothes and, fascinatingly, only the women swam. Whilst children continuously bailed out the water from the bottom of the canoes, and kept the fire burning (one sat in the centre of each canoe), men would hunt larger prey with harpoons, and the women dive into the icy waters in search of shellfish.

The arrival of Europeans brought with it (as ever) disease, religion and a desire for land. The Yaghan were moved into a small village just outside Puerto Williams, and there are now no speakers of the Yaghan language left alive.

The classic Dientes Circuit is that described in the Lonely Planet's Trekking in the Patagonian Andes; the reputation of its author, Clem Lindenmayer, is such that in 2001 the Chilean government took the rather astonishing step of naming several of Isla Navarino's landmarks after this adventurous pioneer. Now, the informal place names he used have been adopted officially, and the island has been endowed with a "Cerro Clem" and "Montes Lindenmayer". His guide is indispensable for this walk.

The walking style is self-sufficient, wild camping is necessary, weather can be awful, and you will be carrying everything including your tents and food. If taking along the extra weight may be a problem for you then you will have to both join a guided trek (Dragon de la Patagonia run one here) and specially request the presence of a porter - but bear in mind that if this is a problem, then this tough walk may not be for you.

The first stage of the circuit begins with a popular local day walk from Puerto Williams to Cerro Bandera, heading inland and climbing reasonably steeply to just above the treeline. From here, gaze out across the Beagle Channel back towards the Argentinian part of Tierra del Fuego, before continuing along a guanaco path not far below the natural line of the ridge, completing the stage near the shore of Laguna El Salto.

Lakes glimpsed from the ridge become the landscape of the second day; leave Laguna El Salto behind only to find yourself trekking past Laguna del Paso and Laguna de los Dientes, amongst their numerous unnamed counterparts. After some attractive valley walking, the day finishes at Laguna Escondida, set in harsher scenery, with three of its shores enclosed by sheer rocky peaks.

Follow tracks running almost along the ridge itself, to a second pass, before descending back below the tree-line. Edge around the lovely Laguna Hermosa, source of the Rio Guerrico, and an hour or so further on end the third day of hiking at Laguna Martillo.

Walk above the northern bank of the Rio Guerrico, with the steep, spiked summits of the island's more southerly ranges on one side and gentler peaks on the other, before branching to the northeast - back towards Puerto Williams and the Beagle Channel. Heading above the tree-line once more, clamber over the bleak terrain of Paso Virginia, with more stunning views over Isla Navarino and its neighbours, before trekking down through glacial scenery to Laguna Los Guanacos.

On the final day, follow an excellent guanaco trail edging the western side of this aptly named lake. The going becomes tougher as you continue alongside Estero Virginia, making your way through its densely forested valley. Exiting the forest, you will reach a crab processing plant, marking the beginning of the final 8km stretch of the Dientes Circuit. Follow the coastal road, from which it is often possible to hitchhike to the finish.

The route is marked with cairns and painted stones, but route-finding will still be needed, and some scrambling and bush-whacking may be necessary. Weather on this hike can be extreme, and this is a major concern: winds can be violent and snow can be heavy and unexpected. Tents must be strong and tied down well, and hypothermia is a real risk. 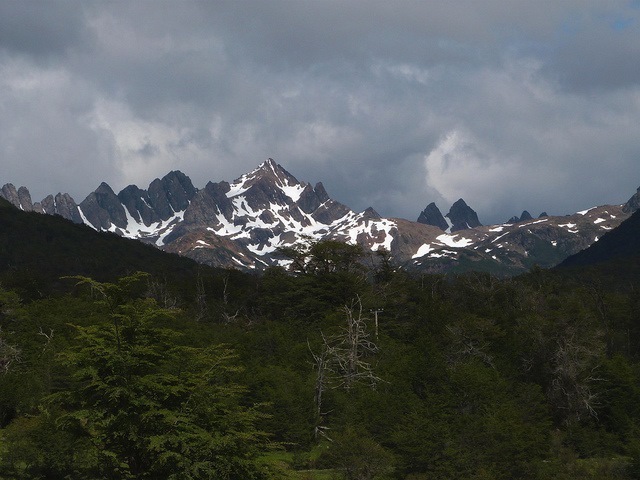 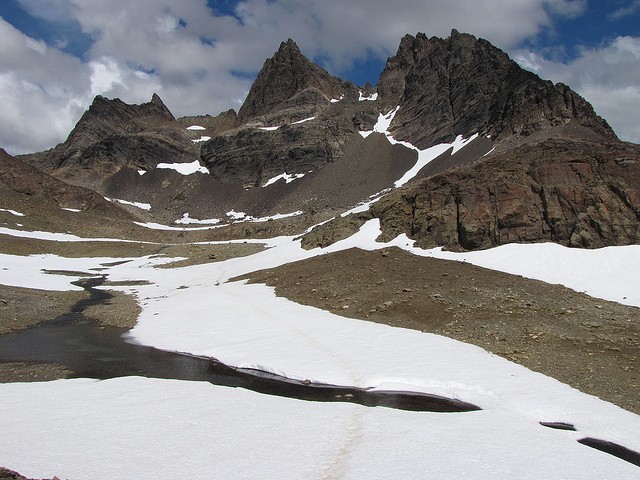