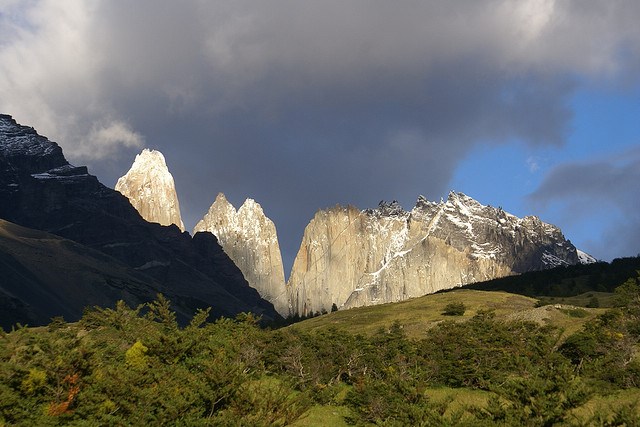 Torres Del Paine National Park is one of the most popular trekking areas in Chile, and has facilities to match. Paths are good and well maintained, and homely refugios abound. There are some excellent options for longer walks, which are described in more detail on our Torres del Paine walk page.

The return walk to Torres Del Paine Lookout is a shorter route, doable in a day, which still takes in some of the most stunning landscapes of the park ? including breathtaking vistas of the towers from the Lookout itself. Beginning either at Guaderia Laguna Amarga (the main gateway for hiking here) or slightly further in at the Hosteria Los Torres, the trail is straightforward both to access and follow.

Landscape here is in many ways barren. Greenery is largely restricted to shrubs, whilst the scenery is dominated by rock and ice. However this brings its own magic and, for those seeking a true taste of Chilean Patagonia, a view of the infamous Torres Del Paine is essential. From the Lookout gaze up at the mighty towers of inflexible Andean rock, dripping with powerful, moody glaciers: all that survives of what was once a vast cirque.

After crossing the Rio Paine, just below Guaderia Laguna Amarga, the trail heads left, following a signposted shortcut trail. Around three hours along a winding road brings you to the Hosteria Los Torres: in a scenic position below the glaciers of the imposing 2,640m Cerro Almirante Nieto, this is more of a hotel than a refugio, and a popular (though much pricier) option for trekkers exploring Torres Del Paine.

From the Hosteria Los Torres, follow the road right to its end, crossing Rio Ascencio and its plain before beginning an upwards climb to the northwest. The trail traverses the ridge for a while, before moving back down towards a campsite next to the river. A steady climb from here is another campsite, Campamento Torres, which forms a major camping ground for the area.

A small path, signposted ?mirador?, leads from this campsite up onto the Torres Del Paine Lookout. Leave sufficient time to take in the classical Patagonian scene spread out before you, and then return by the same route.

Those making this a two day trek normally spend one night at Campamento Torres before climbing to the Lookout and heading back. Another alternative is to take the (slightly) less walked trail from this campsite to another, Campomento Japones; an attractive 8km return trip, this adds some attractive forest to the hike.

Tourism has taken its toll in Torres Del Paine NP: widespread fires in 1985, 2005 and 2011, accidentally begun by tourists, caused huge damage over broad areas. The sheer number of visitors has also been a cause for concern, and has led to increasing limitations on their movement within the park. If you want glorious Andean isolation, look elsewhere. 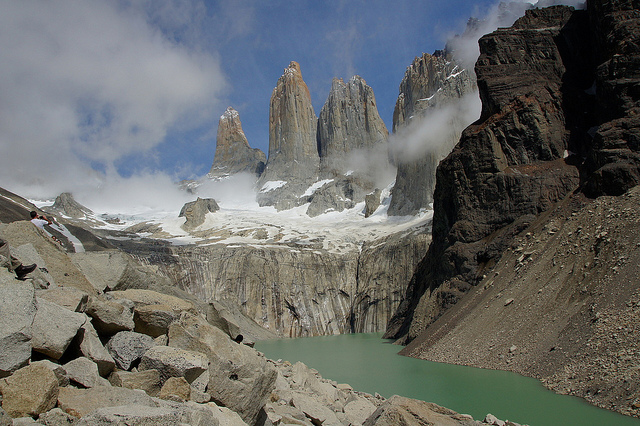 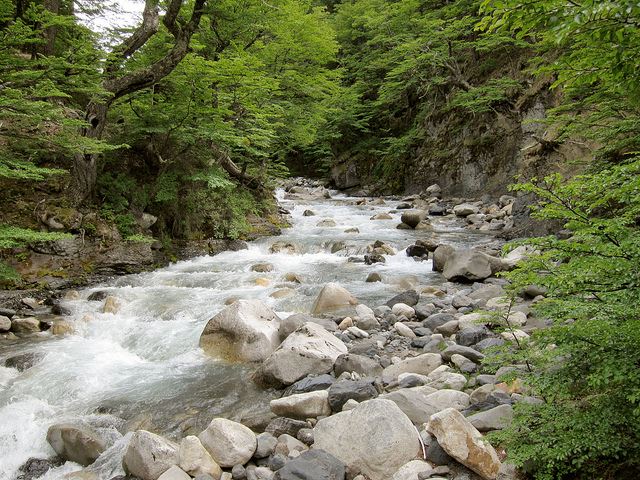 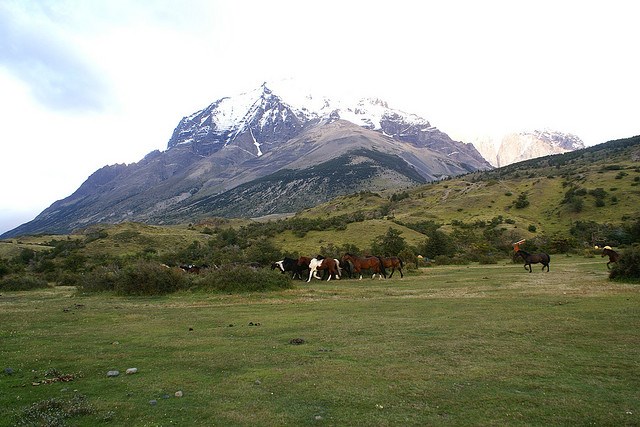