This walk is the toughest of the various Kumano Kodo walks to Hongu, a 4 day hike along ancient, World Heritage listed pilgrimage routes through the rugged forested mountains of Japan's Kii peninsula.

Start a Koyasan, which is littered with esoteric Buddhist temples. Walk southward, generally against the grain of the land, past old villages, shrines and other sites for some 70km to Hongu in the heart of the sacred Kumano area.

Stay in very Japanese accommodation along the way. Enjoy the remote towns and villages of still remarkably undeveloped rural Japan.

Jane McBride comments: "Our four day walk from Koyasan through to Hongu Taisha was great. We had a night in a temple in Koyasan at the start and managed minshuku etc on way. After the walk we went to Yunomine Onsen to relax our tired legs, and then Katsuura and nearby whale town Toji."

Best Months: Spring and early Summer for flowers, including the famous cherry blossom, in mid Spring.  June and July are rainy season. Summer is hot and humid. Bright mid-autumnal colours.

This is a tiring walk in a frequently wet area. Come prepared. 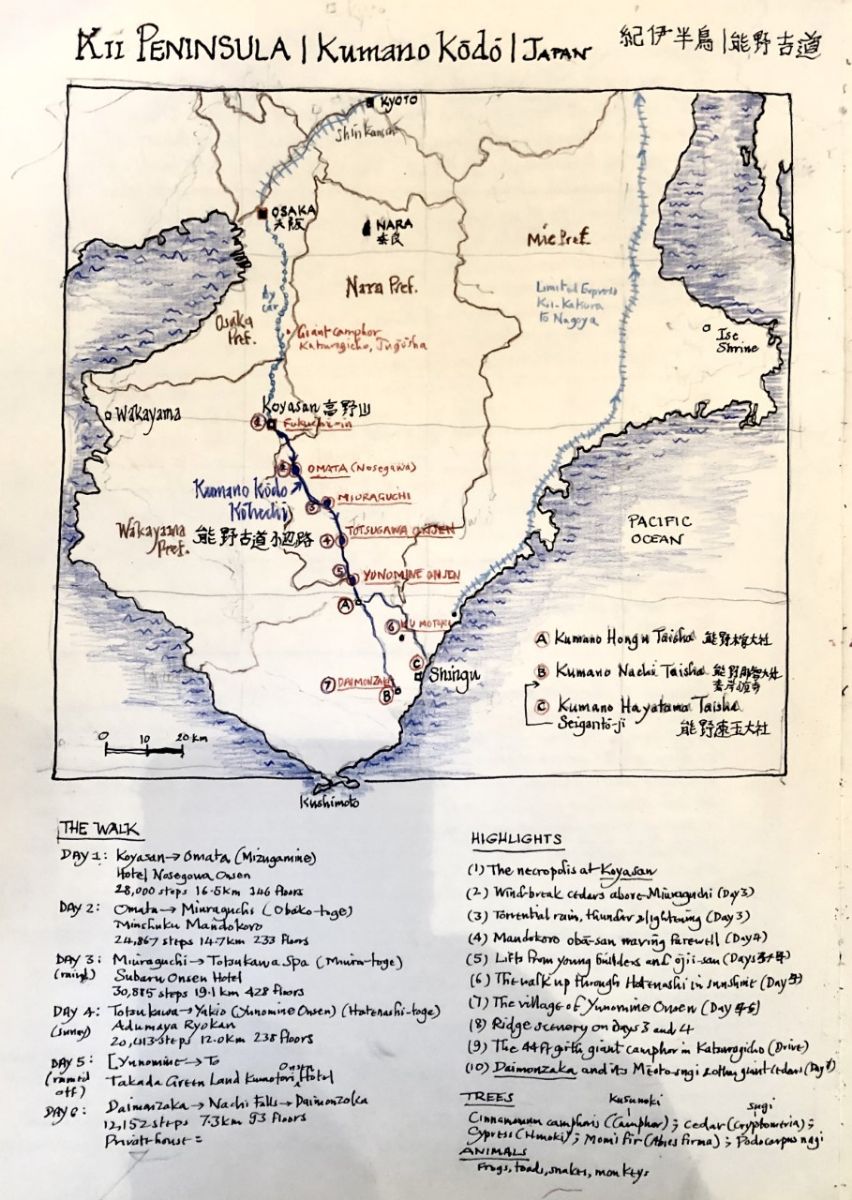 Thanks to Stephen Barber for the lovely map!

By Walkopedia friend Stephen Barber. Walkopedia says thank you, Stephen! Fascinating and brings back the extraordinary atmosphere of the region!

Anyone who loves trees, especially ancient trees, and walks the Kohechi will find themselves in arboreal heaven. From Osaka, we took a car for the two-hour journey south to Koyasan. Halfway, a short detour by the town of Katsuragicho took us to the tiny shrine of Jugosha, to meet the biggest living thing in Kansai—a 600-year-old monster camphor tree with a girth of 13.5m (44 feet).

Seasoned travellers in Japan expect exceptional amenities wherever they go. Some will have walked all, or part of, the celebrated pilgrimage routes through Wakayama and Nara prefectures known collectively as the Kumano Kodo—the Ohechi, the Nakahechi and the Kohechi.

Perversely, they may, like my wife Kimiko and I, choose to walk the Kohechi (the ‘small route’) in October—from the Buddhist monasteries of Mount Koya to the three great Kumano shrines. If so, in four days it’s a 70km walk south-east on one of the most remote, arduous and least frequented trails in Japan—and, except in the valleys, with hardly a single village or even public facility along the way.

But this makes the route, formally known as the Kumano Sankei-michi Kohechi, is a uniquely rewarding experience. This thousand-year-old pilgrimage way was mapped out and used by Buddhist monks from Koyasan right up to the middle years of the last century. Once well served by tea houses, long since abandoned, the Kohechi is dotted with their desolate remains, boarded up or even lost to the encroaching..... 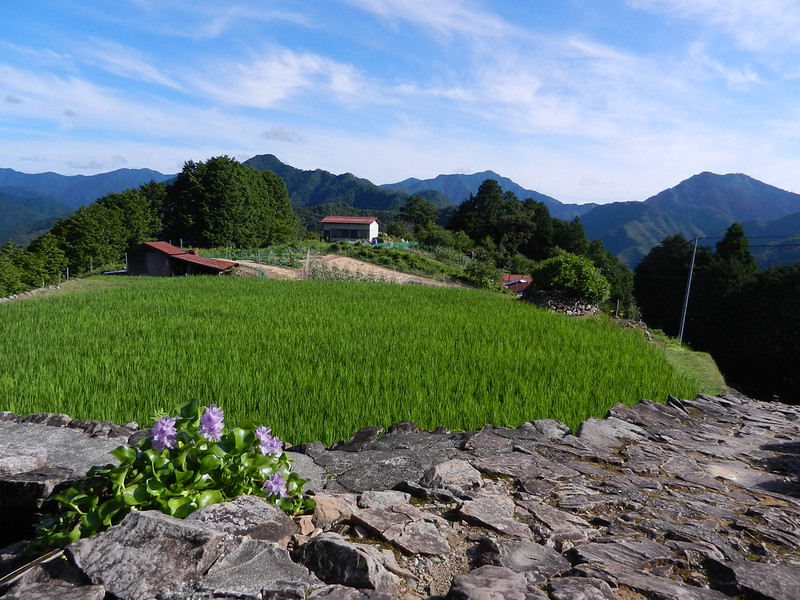 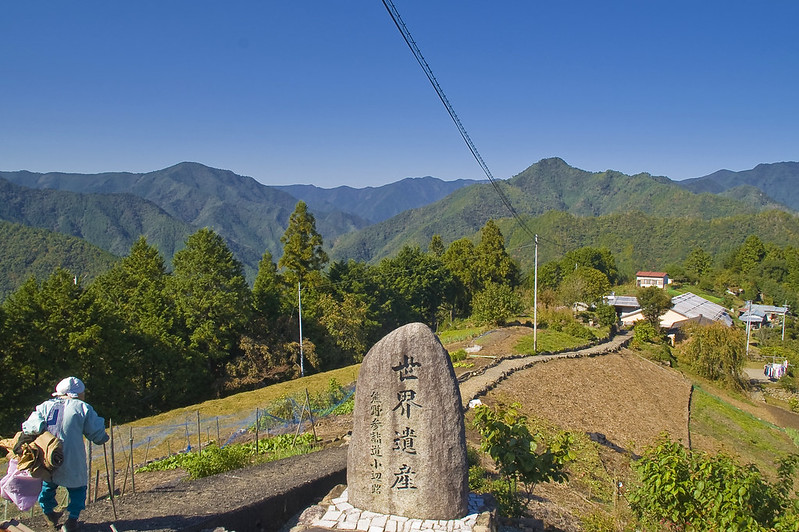