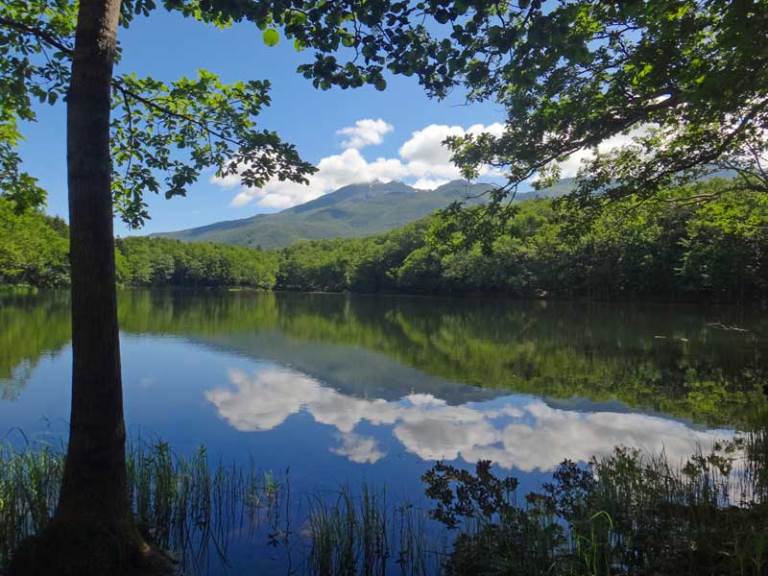 Japan's northern main island, and its second largest, is an extraordinary mix of grasslands, mountains both forested and bare; and raw, cone-perfect volcanoes. And lakes and hot springs. The drama (and often sheer emptiness) of its landscapes cannot be exaggerated.

A joy of Hokkaido is its flora and fauna, as Walk Japan say:

"Alpine flowers peculiar not just to Hokkaido but some so rare that they are found only on one mountain. In all there are about 500 different alpine flowers blooming through the summer season. A huge range of vegetation, in three main belt (deciduous, coniferous and alpine) reflecting the varied climate of this diverse island. Go in July for the best of the flowers.

Wildlife is in an abundance that many other countries today would find hard to compare to. Foxes, deer, eagles and many different aquatic birds are some of the animals we are likely to see. And seals, dolphins and endless sea birds on the coast.

Hokkaido was only settled by the Japanese in the 19th Century and there is little of the history commonly associated with Japan. Not that this matters as Hokkaido more than makes up for its lack of cultural monuments with the grand scale and beauty of its scenery and quality of its food."

Hokkaido is underpopulated, so has huge empty spaces for walking. With mountains up to 2,100m, there is plenty of challenge.

There is a huge selection of remarkable walks in Hokkaido, from demanding mountain climbs and long treks to meanders through gorgeous but gentler scenery.  Here are some of them:

-          Daisetsu-zan NP: vast and gorgeous and Japan's largest wilderness: a huge variety of landscape includes some of Hokkaido's highest peaks, as well as other volcanoes, high empty mountains, plateaux, virgin forests, lakes and wetlands. A multitude of walking options, including a 5 day Grand Traverse of the area, one of Japan's greatest walks, so a great place to base yourself. Mts Tokachi-dake in the south and Asahi-dake in the north are exciting day walks up active volcanoes. Kuro-dake (1,984m) and Hokkai-dake (2,147m) sit on the edge of a huge crater and make for a splendid day long walk. The Sounkyo Hidden Gorge is a fine clamber through a dramatic, narrow canyon with fine rock formations.

-          Shikotsu Toya NP: near Sapporo. Sub-divides into areas by Lake Shikotsu in its huge collapsed volcanic caldera and Lake Toya. Magnificent volcanoes to climb with huge views and lake view forest walks. Eniwa-dake (1,319m) is a fine volcano with great views into the crater and all around (on a good day!). Steepish roped sections. 5 hrs or so. Also consider the forested volcanoes, Tarumaesan (1,041m) and Fuppushi-dake (1,102m). Fine views from their summits. See Walking Stories account.

-          Ludicrously conical volcanoes, such as Meakan-dake and Yotei-zan. Yoten-zan is a tough 10km, (around 9hr) slog up this perfect volcano, around the crater and back down. Meaken-dake is a relatively easy 8km (4-5 hr) circuit of classic volcanic scenery.

-          Shiretoko Peninsula in the far east, has a central spine of volcanoes,  where you can make a fine 2 day traverse. It is one of Japan's most unspoilt areas. There is much interaction of marine and terrestrial ecosystems, influenced by the formation of seasonal ice in the lowest latitude of the northern hemisphere. The site is globally important for threatened seabirds and migratory birds, a number of salmonid species, for marine animals and for endemic species.

-          A 6-7hr day hike around the green Niseko mountains in the west. Superb views, including of Yotei-zan volcano.

-          A demanding 2 day circuit taking in 1,727m Ashibetsu-dake in the centre of the island. Great variety and a thrilling if gut-wrenching high ridge.

Hokkaido is mild from late Spring to early Autumn, making for pleasant walking conditions. But check the forecast before setting off: the weather is always unpredictable. Superb autumn colours. You can also walk here in Winter, when it is deep-feeze cold and snowily but often brightly magnificent.

Our friends and partners Walk Japan offer two different expeditions which between them cover a huge variety of what Hokkaido has to offer:

Their Hokkaido Hike explores Daisetsu-zan National Park, passing through remote verdant forests, across wetlands, up spectacular volcanoes, past steaming vents and onto high plateaux. Panoramic views, which stretch for tens of kilometres across this beautiful land, are a reward when reaching the high peaks. Closer to is the flora and fauna special to Hokkaido.

The tour begins at Lake Akan before journeying to central Hokkaido and the Daisetsu-zan NP, the largest and perhaps most beautiful in Japan. Spend the next five days exploring the Park and hike some of Hokkaido's highest mountains, including Mt. Asahi-dake and Mt. Tokachidake. The final few days are spent in the Lake Shikotsu area for hikes to the nearby volcanoes and finally soothing baths in natural hot spring overlooking the lake.

The distances walked and heights ascended are relatively (but not excessively) challenging. Maximum height is 2,290 metres.

Their East Hokkaido Walk explores the beautiful and gentle, seemingly empty lowlands of Hokkaido's eastern extremity. Wend your way from Kishiro on the shores of the Pacific Ocean; through great expanses of rolling meadows; wetland nature reserves where birds of myriad species breed in their tens of thousands; to landscapes formed by volcanoes, some quiet for many an age and others still dramatically active; to the Shiretoko Peninsula, a UNESCO World Heritage Site and one of Japan's last great wildernesses; and to the Sea of Okhotsk coast. Open landscapes and abundant wildlife.

The distances walked each day are moderate, between 6-19 kilometres, on trails over terrain that is mostly flat or gently undulating. There are a couple of relatively steep climbs but these are short in duration and always taken at an easy pace.

You can also walk here in winter, when it is deep-feeze cold and snowily but often brightly magnificent. It is for adventurers, but always with warmth, comfort and delicious food at the end of a day. See Walk Japan's ideas.

This can be tough walking in remote mountains, with uncertain weather. Come fully prepared. Beware bears in some areas, check out the position. 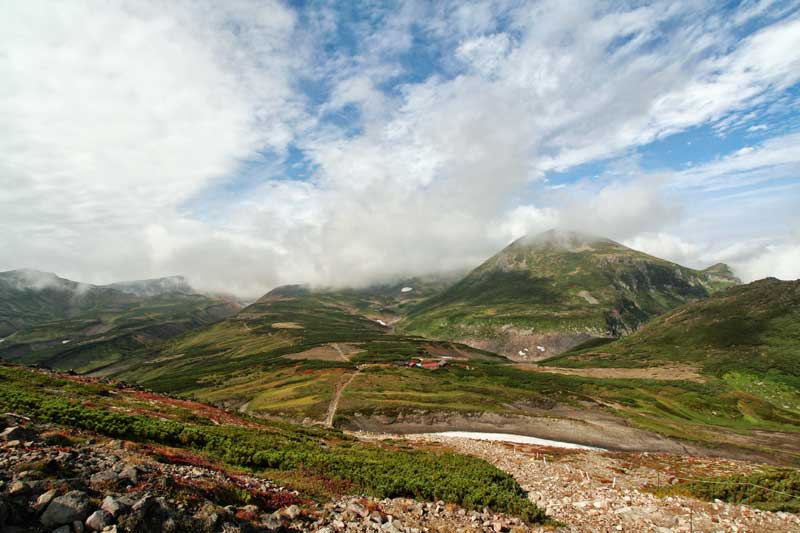 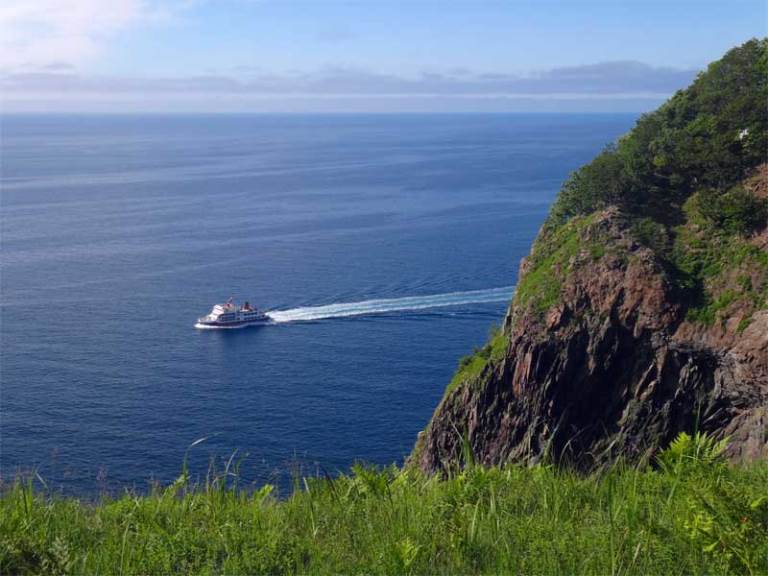 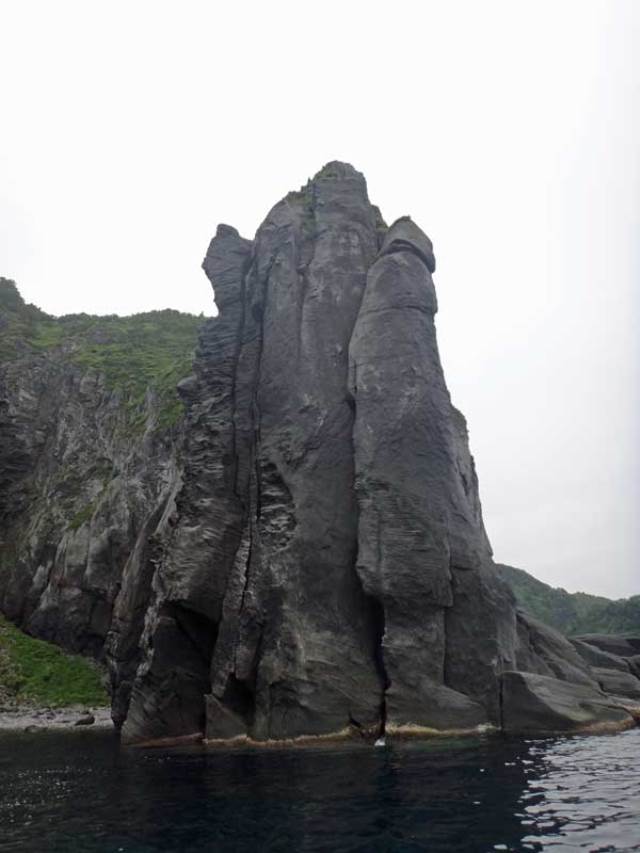