?         Mount Fuji is the perfect volcano and the symbol of Japan; calling it 'iconic' is not the usual lazy cliché. The views from the top are amazing (at dawn - it is likely to be cloudy thereafter).

?         While Mt. Fuji is a great walk, it is overrated by some: a long pre-dawn trudge (not alone - the trails can be thronged) up an endless clinker slope takes the edge off the experience. Be prepared for the cold and the effects of altitude.

?          The superb day walks in the area with Fuji views are in many ways preferable - more to see and enjoy en route, better views, even - and few of the miseries. 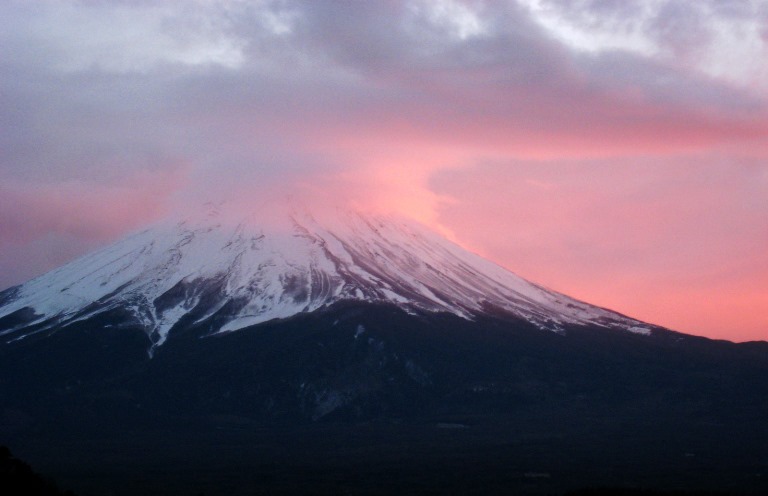 Mount Fuji is one of those walks that are famous for being famous.

This 3,776m (12,388ft) stratovolcano, the highest mountain in Japan, rises in lonely majesty above the coastal plains to the west of Tokyo. On a good day, views of it a gasp-inducing - but beware, it is often cloud-girt, and you will need to come in winter-time (and about) to have the best chance of views, and even they are likely to be morning only. Its huge and perfectly symmetrical cone, snow-capped from late autumn to spring, is the symbol of Japan around the world, and has been the subject of painting and poetry for hundreds of years. Fuji has been sacred for millennia, and was forbidden to women for much of history.

Fuji has had three (or four) main periods of growth, pilling cone ever higher on cone. Its last real eruption was in 1707. It sits on the junction of the Eurasian, Okhotsk and Philippine tectonic plates.

Japanese saying: "It is wise to climb Fuji once, but only a fool does it twice." In many ways a walk to a nearby viewpoint is preferable to a climb of Fuji itself: the crowds, the litter and the night-time exhausting, unfun, altitudinous slog up its dreary clinker slopes to get to the top for dawn mean that the main purpose is to have done it, unless you have some spiritual reason to be there. Someone likened the climb to walking up a giant ashtray. Let's be fair, the top has drama and huge views and spiritual resonance for some, but it is almost too high above its surroundings. Nevertheless, the challenge draws tens of thousands of people each year.

There are numerous walk to fine viewpoints in Fuji's neighbourhood, which are preferable to an ascent in many ways.

The Izu-Hanto Peninsula to the south has famous views, as does the Hakone area, to the south-east (the nearby Myōjin-ga-teke  ridge walk is particularly worth doing).

The official season to climb Fuji is in July and August, so these times are particularly crowded (200,000+ people a year climb the mountain), and late June and early September are accordingly better times to be on the trails - although there will be fewer huts etc open. Most people climb Fuji at night, to arrive at the peak to enjoy the dawn views. There are huts on the mountain where you can eat and indeed sleep, so an evening ascent and then a kip higher up is an option. Although beware - some of the roads up to the start-points can be closed in the evenings and require a shuttle bus.

See on Mt Fuji Ascent  page for details of climbing Mt Fuji, in particular  about routes.

At the top itself, there is a proper and suitably dramatic crater with eight "peaks" around it. Walk it anticlockwise.

The altitude will get to you; expect a headache at least, and some people carry aerosol oxygen.

Walkopedia climbed Fuji during the 2002 World Cup - and got caught in the edge of a typhoon: gale-force, horizontal rain. We had to abandon our climb near the top as our companion was showing signs of hypothermia.

You can get to all the roadheads by different methods, including a few direct buses from Shinjuku bus terminal to Kawaguchi-ho. To/from Gotemba is a combination of train and bus from Tokyo.

Some of the tracks are divided into ascending and descending stretches. 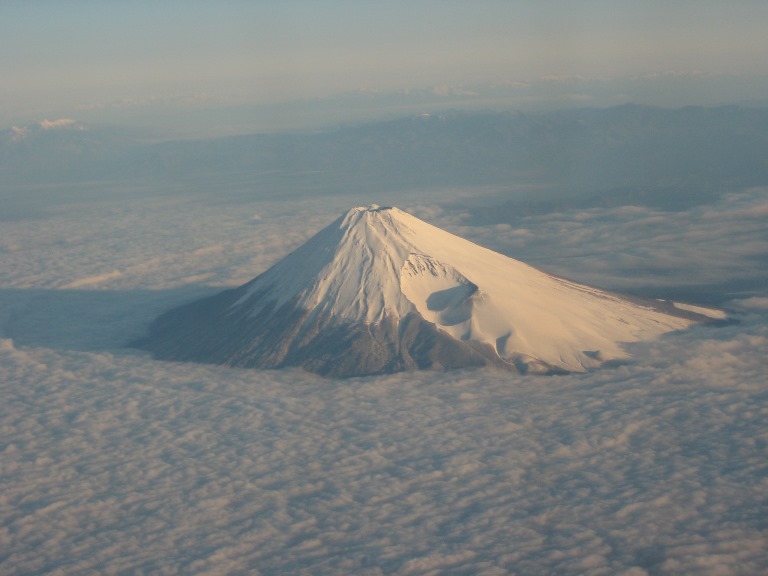 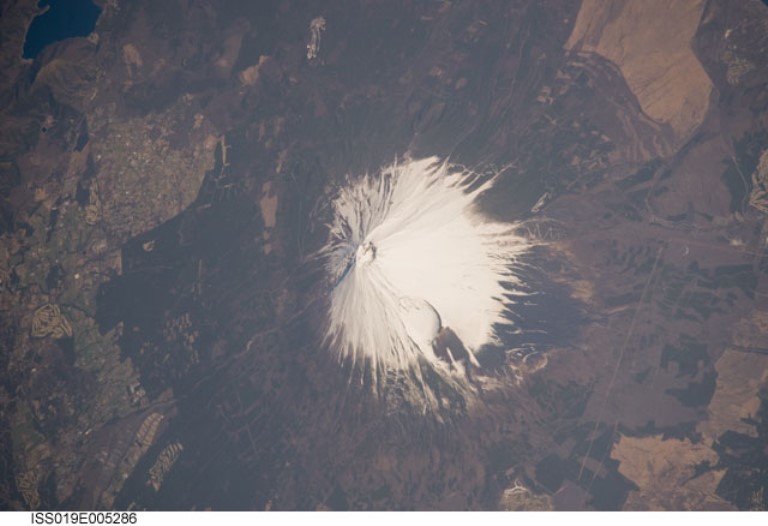 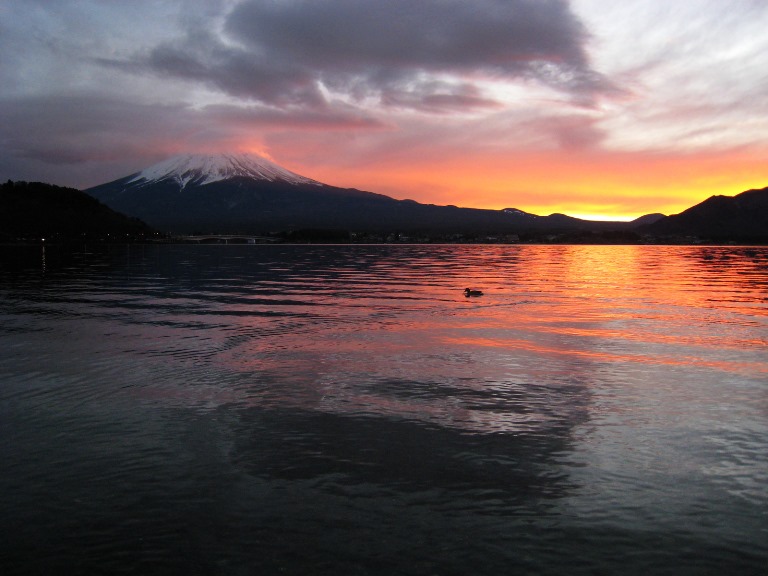