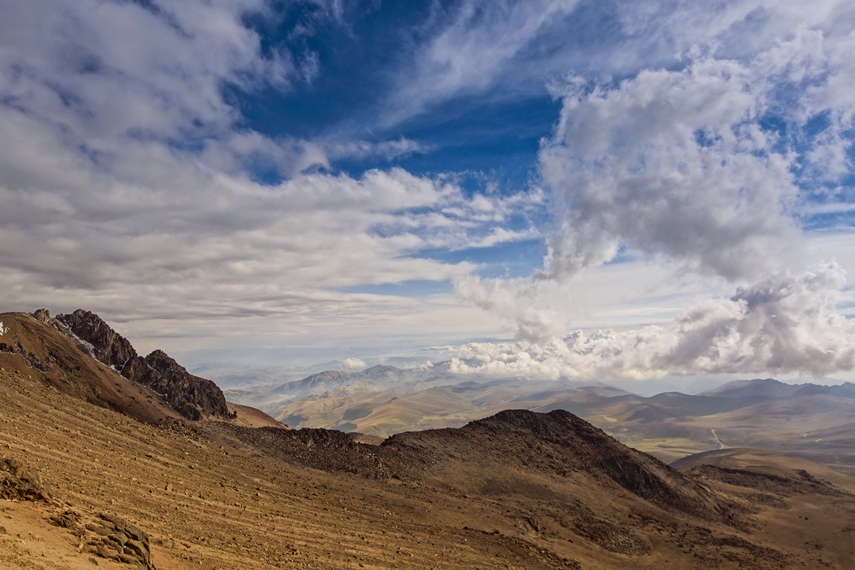 Ecuador's highest mountain, at 6,310m, stands serenely clear of its neighbours, more than 1,000m higher and a huge white mass which is often at least partially obscured by clouds. This extinct volcano was at one stage believed to be the highest mountain in the world, and indeed is higher than Mount Everest, in that it is further from the centre of the earth as a result of the planet's equatorial bulge. There is no mountain in the Americas taller than it - to its north!

While its summit is a huge permanent icefield, and from below it looks like a great white dome, it is actually two peaks with 5 summits. Glaciers, now sadly shrinking, fall off its sides. Its flanks vary between semi-desert to its west and south, and paramo (high tussocky grasslands) to the east and north, with rough moraine on the higher slopes.

The mountain is at the heart of its own fauna reserve, and you should see llamas, alpacas, foxes and local rabbits on the trek, and possibly vicuna, which have been reintroduced on its north-east slopes.

The wildly eroded and spires and crags of 5,020m Carihuairazo sit 10km to the north-east, in smile-inducing visual counterpoint to Chimborazo's snowy, harmonious serenity (from the plains!)

It is worth mentioning that it can be persistently cloudy here, so you can be denied much of the views if you are unlucky.

Climbing Chimborazo peak itself is beyond walking as it is usually known, although still not necessarily technical. There are various walks you can make on the lower slopes, to enjoy the majesty and beauty of the landscape and the glories of its vegetation and wildlife.

Climbing Chimborazo: Given that people die of altitude sickness every year on Kilimanjaro, which is some 1,300m shorter than Chimborazo, you can see that climbing it is a serious undertaking. While it isn't a technical climb, it requires proper ice equipment, good route knowledge and a lot of time spent acclimatizing. Best months are December and January.

The main route approaches the Edward Whymyer hut from the west; a reasonably steady climb to the hut at 5,000m. The ascent is on crevassed glacier, scree and rock, and takes 8-10hrs up and 3-5 down. The views from the top are (on a clear day) some of the best in Ecuador.

Climbing Carihuairazo: this is a superb climb with close-up views of Chimborazo and its glaciers as well as more distant peaks. Demanding.

There is a pair of superb hikes between Chimborazo and Carihuairazo.

The first is tougher and takes 3 days and climbs from the Panamericano high into the Carihuairazo massif (to around 4,600m), before dropping to the gap between the great mountains and circling round to the north of Chimborazo to reach the Guaranda-Ambato highway.

The second, relatively easier (2 days and reaching a mere 4,400m), climbs Chimborazo's slopes to near its eastern glaciers, reaching the Laguna Cocha Negra, where you can camp. From here you can continue north-east on the exit route of the first trek, or return to the Panamericano.

You can walk up for a night at the Edward Whymer hut on (5,000m) Chimborazo in 4-7 hrs. (You can drive to quite near the hut too). Superb scenery and great atmosphere.​

Both walks can be linked together to create a wonderful circuit high into the massif to/from the Panamericano. 3 days. One of Ecuador's finest walks?

See our Treks between Chimborazo and Carihuairazo page. 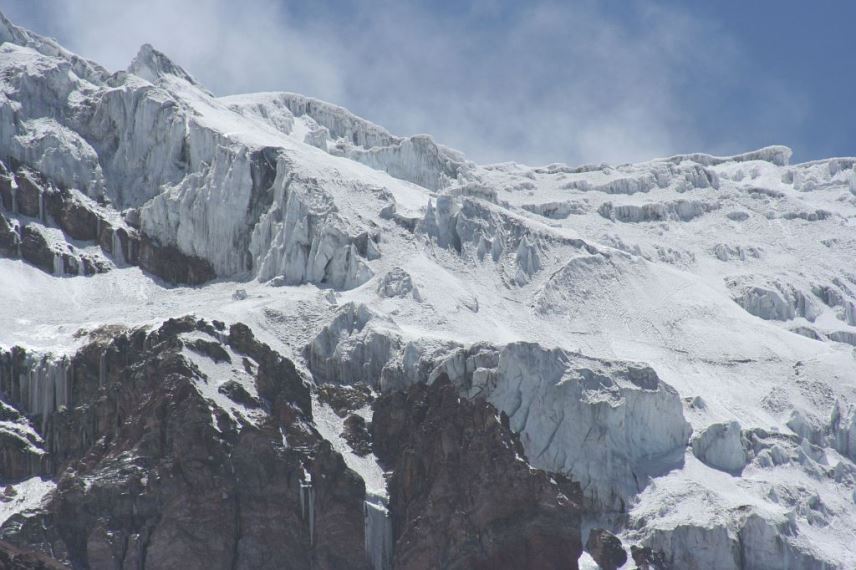 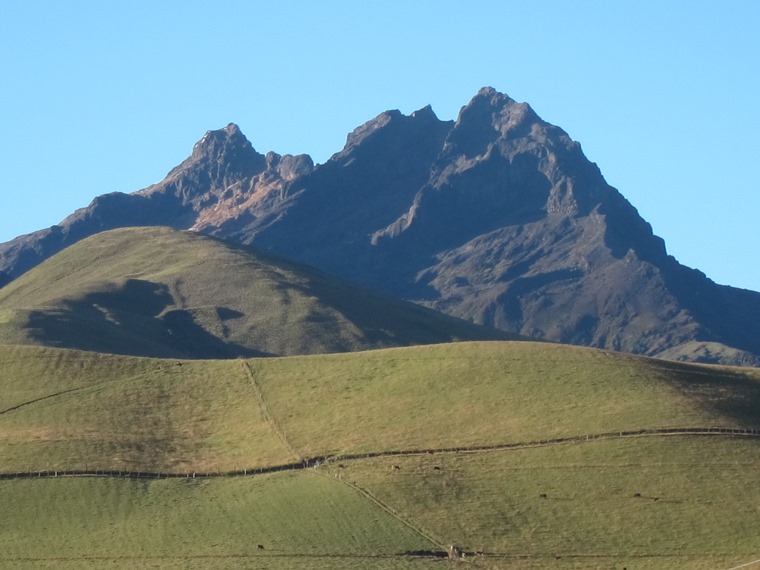 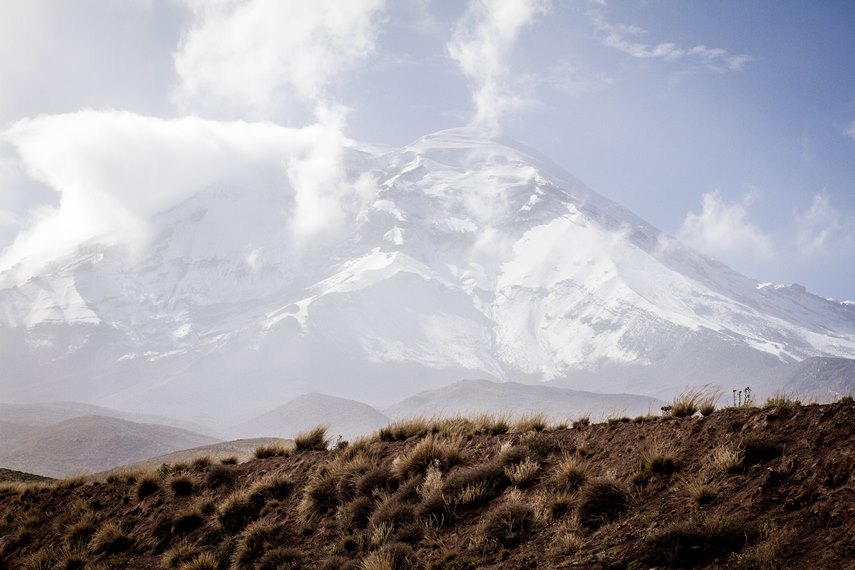