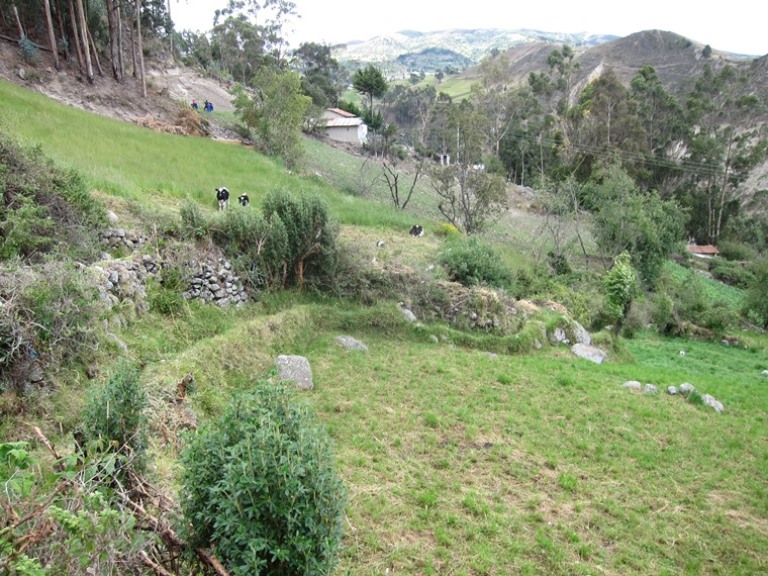 The Incas conquered what is now Ecuador by 1500, having defeated the Canari inhabitants around Cuenca in the 1490s. They were themselves overwhelmed by the Spanish in 1533.

The Canari had been a loose federation of tribes in the south for hundreds of years with their capital in Cuenca, and had bitterly resisted the Incas and later allied themselves with the Spanish invaders against the Incas.

The Incas quickly built a complex of sites and roads across their new territory, including a remarkable complex at Incapirca, which had for perhaps 500 years been a Canari site. Incapira is a fascinating testament to the Incas' dynamism and sophistication (despite being illiterate). It is the finest surviving Inca site in Ecuador.

Not all that much is known of the Canari (Wikipedia has a reasonable page on the Canari), but, being far more indigenous to the area than the Incas ever were, they have left a stronger genetic inheritance and surviving folk memory.

The Camino Canari runs for a couple of km from El Tambo to the Canari and subsequently Inca site of Coyotor (at 2,800m or so) and on to Ingapirca, some 6 km away. Coyotor has the remains of a complex Inca ceremonial site as well as old and interesting Colonial period farm buildings on part of the site.

The Camino walk, a recent invention, runs on old Canari routes which were subsequently upgraded by the Incas. From El Tambo to 3km or so beyond Coyotor, it follows the course of a Canari then Inca road which was subsequently "enhanced" as a railway line to Cuenca. This now makes for easy walking across the slopes of a lovely valley full of farmhouses and their fields, a fascinating insight into life here, especially with a good guide. You will see buildings, a church especially, which are clearly built on Inca or Canari foundations.

At a cutting just before where the line enters a spectacular gorge, you cut left and uphill, climbing for some time on old Canari paths, with their embankments of large but rough stones, through landscape rich in history: Houses on Canari or Inca foundations, walls and wall-lined paths dividing the historic ownership of fields. You will see substantial hills with their tops levelled, a Canari specialty.

You drop to a valley then climb the other side for some way until you find yourself below the high prow of the Temple of the Sun at Ingapirca, at 3,160m.

The landscape is consistently interesting and attractive. You should see some of the excellent local bird life - Walkopedia saw gorgeous southern yellow grosbeak, hooded siskins and many others.

You could incorporate an exciting walk through the gorge on the old railway line (including two shortish tunnels and a slightly airy suspension bridge over the river) to make an even better circuit.

A guide will enhance this walk, not least because it is unmarked and there is a lot you can learn. Walkopedia walked it with Juan Munoz, juanalimbar@hotmail.com, who we would thoroughly recommend.

You can feel the altitude: come prepared, including proper acclimatization.

See our Inca Road to Ingapirca page for tougher and higher alternatives (1 or 3 days); for more information on Incapirca; and for further practical and general information. 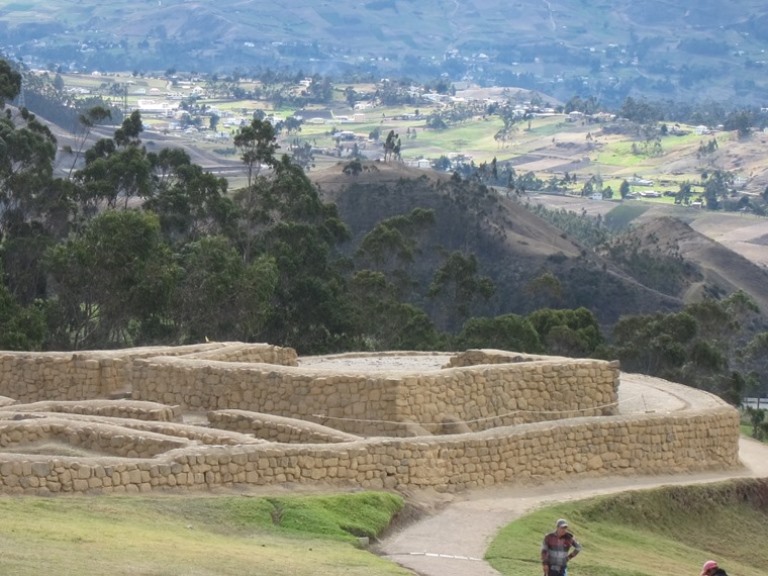 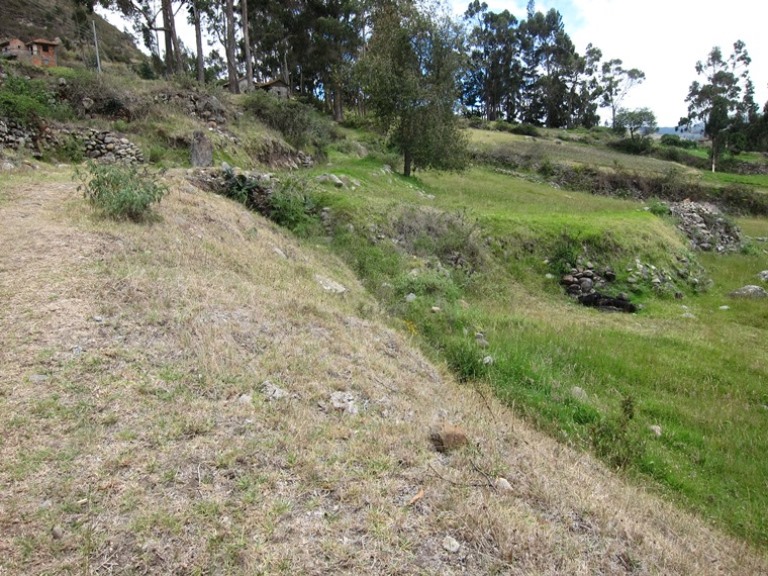 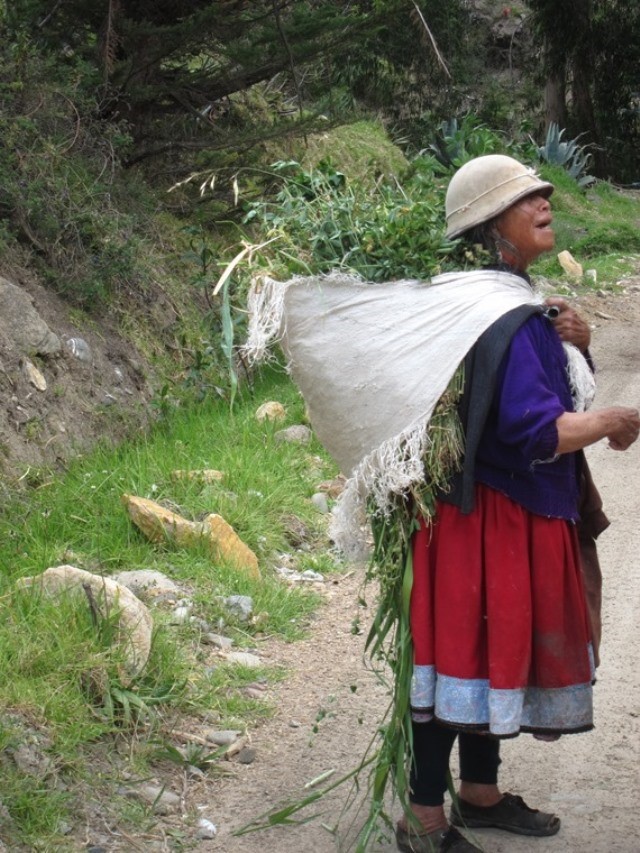