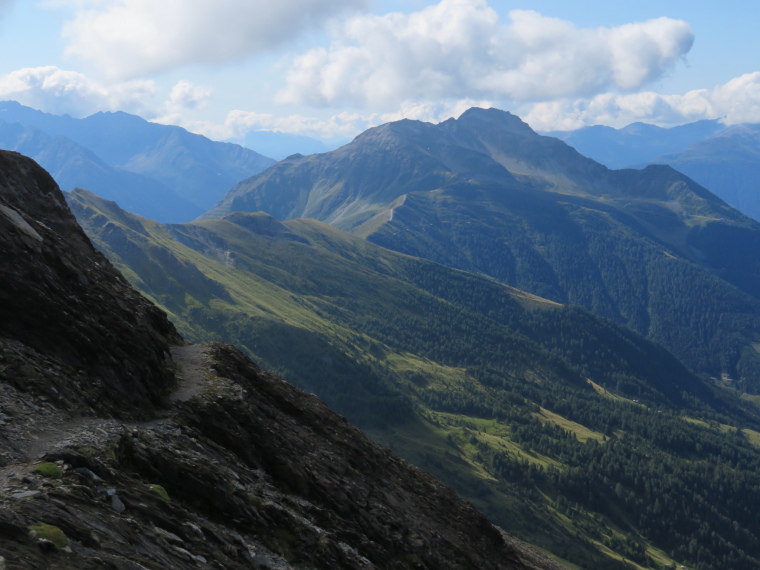 Austria’s largest National Park is arguably the single finest walking area in Austria – although many would argue for some of its competitors!

This delightful 2-day walk takes you along the high ridge of the Granatspitz group, with outstanding views in all directions.

The first stage is the somewhat ski-spoilt Europa Panonramaweg round the hillsides from the cable-car station to the Kals-Matreier Torlhaus in a cleft in the high ridge between the deep Tauerntal and Virgental, the great dividers of the southern ranges, and the Dorfer Tal to the east.

Beyond, you turn north up the ridgetop, now on the Sudetendeutscher Höhenweg, climbing fairly steeply at first, then gently, up to Kalser Höhe at 2,434m and on to the junction beyond. This is fantabulous walking, with amazing views all about, including both Grossglockner and the Venediger massif, Austria’s two highest mountains.

Shortly above the Kalser Höhe junction, the Höhenweg turns left onto the steep grassy western flanks below the craggy ridge top, which fall in a beautiful sweep to the forests far below, to the lovely Hohes Tot pass. It then traverses more steep green hillsides, until it turns north into a new world, the grey broken rock of the Dürrenfeld cirque and up the head slopes to the highest point of the route, the 2,823m Dürrenfeld Scharfe pass, a notch in the extraordinary narrow, jagged ridge above.  You meet a huge view across the vast bowl beyond, in which the Sudetendeutcher Hut sits insignificantly just beyond where the recent moraine gives way to older scraped  rock and grass. Around the bowl is a ring of sharp peaks, several of them over 3,000m, and what is left of the Gradötz glacier.

20 minutes of klettersteig cable-assisted descent of a looseish cliff gets you to the floor. 45 minutes across the rock and broken stone of the basin floor, glacier-scraped and relatively tedious at this late stage get you to the hut. Zehr gemütlich.

You could descend to the Matrei valley, to make a varied walk, but it is some 1,700 meters downhill. Instead, you can return the way you came, with variants: at Hohes Tor, you can turn east, off the Höhenweg, to circuit in a superb winding path behind the Blauspitze mass, gazing across the Kals valley to the drama of the Schober group one way, and Grossglockner the other. You then drop to meet the link path to join the gentle Europa Panoramaweg to meander around the hillside back to the Torhaus, and on along the track to the cable car.

This is a tough walk in high, remote mountains with unpredictable weather, on which you will have to be self-sufficient. Come prepared.

Walking in Austria  – Kev Reynolds for Cicerone: more than 100 walks in the Austrian Alps, including 18 in this area. As usual, an inspiring book (indeed, Walkopedia was alerted to this route by it), packed with valuable information, including good detail on the routes. As Austrian maps are good, it has less on each walk than some other Cicerones, but that is fine. Recommended.

A reasonably efficient departure, and we are at the top of the Goldried cable car at 10.30ish on a cloudy day.

Our first stage is the Europa Panoramaweg round the hillsides to the Kals-Matreier Torlhaus in a cleft in the high ridge between the deep Tauerntal and Virgental, the great dividers of the southern ranges, and the Dorfer Tal to the east. The Panoramaweg is an easy walk and very popular, so we are far from alone. The first big bowl is ski-scarred, so not thrilling despite the huge westward views. After that, we wind pleasantly around the steep slopes. 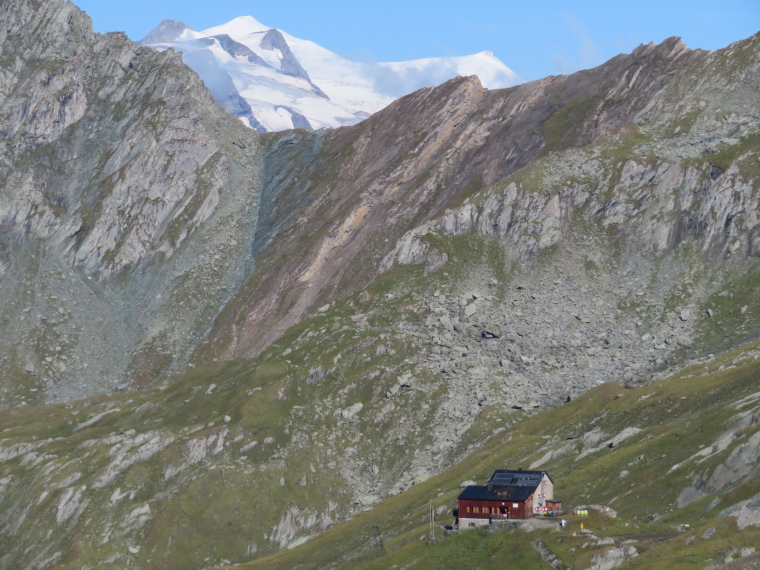 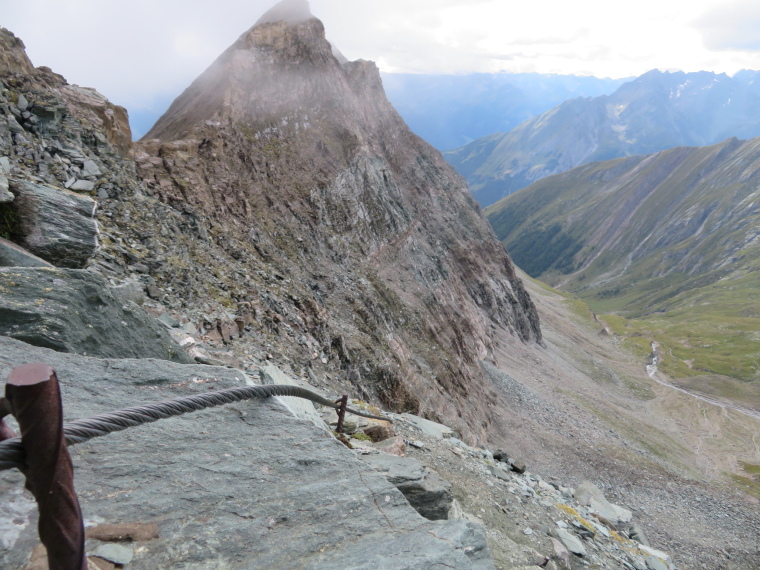 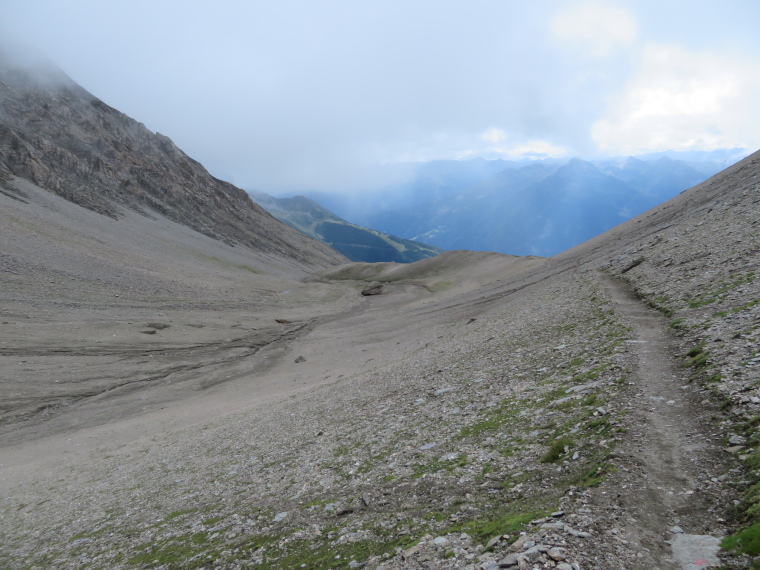