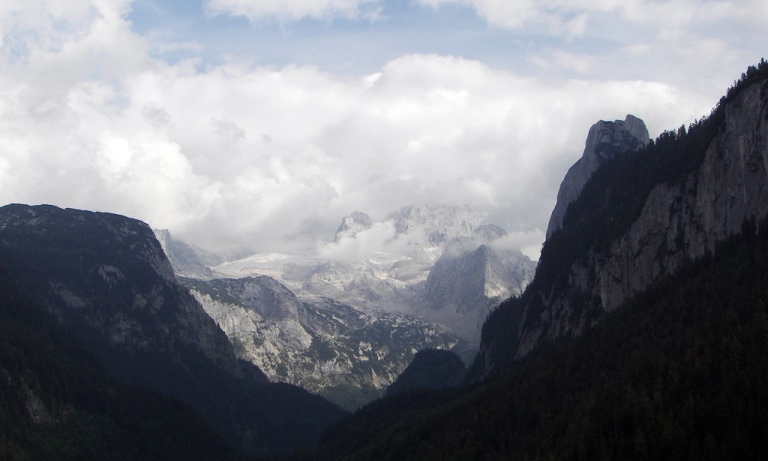 The mighty Dachstein, the eastern bastion of the Northern Limestone Alps, are a sheer crown of dramatic jagged peaks and cliffs rising to almost 3,000m on its south-western rim. A ridge of superb peaks and spires, the Gosaukamm, marches westward from the main massif, containing perhaps the most inspiring scenery of the whole range, although not the highest; some call it the Salzburg Dolomites.

The Gosaukamm Circuit is a two day circuit around the Gosaukamm, and the region's best-known route. There are huge views away from the range throughout, and of course close-up inspection of the rocky drama that is the Gosaukamm, including the famous spires that are known as the Bishofsmutze, which the route passes close to, near the moderately tricky 2,016m Steigl Pass. There is some fine limestone pavement to cross, too.

The path spends some time in the upper ends of the mid-slopes forest, but is up above the treeline for the majority of the time.

Given that this route plies the northern and southern slopes of the range, it can be started from the Filzmoos or the Gosausee areas, the latter having the benefit of a cable car to the high ground. Depending on where you start, you will be likely to spend the night in the Hofpurgl or the Gablonzer hut.

This the "longer" Dachstein walk that Walkopedia most covets, and we plan to return one day to tackle it.

Have a look at TripAdvisor - you should get good, current views on places to stay, eat etc in the area.

Walking in Austria  – Kev Reynolds for Cicerone: more than 100 walks in the Austrian Alps, including in this one. As usual, an inspiring book, packed with valuable information, including good detail on the routes. As Austrian maps are good, it has less on each walk that some other Cicerones, but that is fine. Recommended. Find relevant books on Amazon.​ 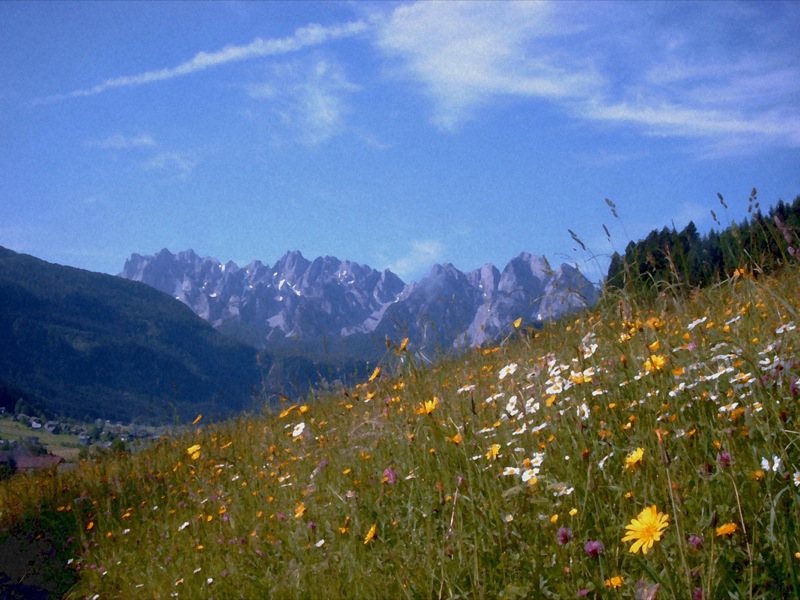 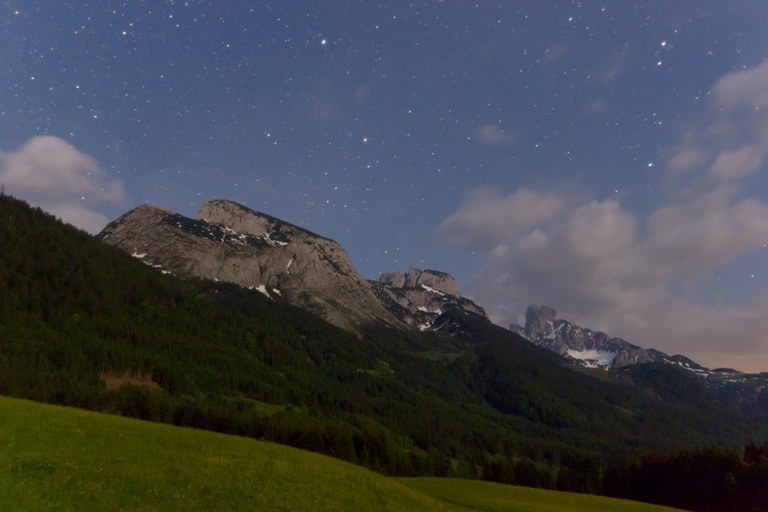