Via Francigena; San Gimignano to Montalcino 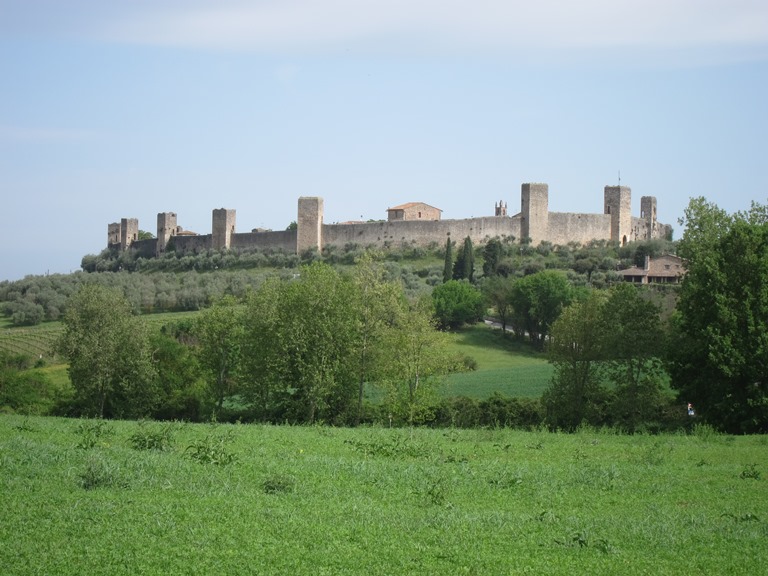 Arguably the most perfect single section of the Via Francigena is the seven day, 115 km leg via Siena - or, for the time-starved, the 46km San Gimignano-Siena leg, which takes two to three days depending on how much time you want to spend sitting in the shade enjoying the views and atmosphere. (Or indeed walking south from Siena through even more classic Tuscan scenery.)

Italian history you will pass (or pass on) includes monasteries (such as Monte Oliveto Maggiore), abbeys and castles; fortified villages, granaries and pilgrims' hostelries; once-important and still magnificent Siena and the delights of towns such as pencil-towered San Gimignano, Colle Val d'Elsa on its narrow ridge, and the tiny, walled hilltop Sienese outpost of Montereggione.

The landscape includes forests, meadows and vineyards littered with ancient farmhouses and hamlets, often perched on knolls and hilltops. It does also include quite a lot of big agribusiness fields south of Siena. It supports a varied and very characteristic selection of plant and animal life, from wild boar through to mellifluous nightingales, from mixed forests thick with scented wildflowers and herbs to bosky hedgerows and those classic lines and huddles of cypresses.

Outside the tourist-draws (and there are a few), walkers can genuinely anticipate hours at a time without encountering another soul other than those (few) working the somnolent vineyards and fields along the track.

A few memories stand out: a long thin snake oozing its silent way across the road ahead; the track winding ahead over and around the high ridge, disappearing, then there again on the next slope; a lone tree on a ridgetop knoll ahead of us that we steadily approach then turn away from at the last moment; the remarkable, tightly-packed fortified village of Cuna on its valley-bottom outcrop, a haven for passing pilgrims and a safe grain store for the fertile area, now a near-wreck which is being beautifully if slowly restored. And finally, our destination, Lucignano, another fortified village on a hillock in the Arbia valley, a southern Sienese bastion and a safe stop for pilgrims on the route.

Then you follow strade biance then farm tracks on long, often open ridges affording wonderful views of eroded limestone cliffs and little gorges, and rolling hills patched with fields and woodland, each hilltop bearing a farmhouse or hamlet.

A long, steady descent through more lovely landscape will take you into the deep Serlate valley. Next is a long climb on farm tracks through more open country, a mix of meadows and cereal fields with woods in the sharp little ravines below, to another highland complete with wide views and a blink-first competition with Montalcino on its wooded hill, a patchwork of fields and farmhouses on its lower slopes. Then you must tackle Montalcino's steep, thousand-foot (well, that's how it seemed) hillside. It is a slog. The delights of Montalcino and its outstanding view will soon wipe away the pain.

It is well worth using one of the several good expedition organizers, who will arrange carefully chosen accommodation and baggage transport and generally ease your way, leaving you free to concentrate on the many pleasures of the journey, with detailed maps and guides for your route - and of course a suitably civilized picnic. The grand master of them all, the pioneering Alternative Travel Group (ATG), organize three week-long guided or (self-guided) stretches that cover the 320 or so kilometres between San Gimignano and Rome and in places follow alternate (and better) routes than the signposted via . Pilgrim Routes arrange self-guided walks, dividing the whole route into 8 week-long stretches.

Pisa airport: our journey begins properly with a very Italian train ticket purchase and a time-passing drink in the depressed-looking Pisa station square, then a journey via Empoli to Poggibonsi, then a taxi to Monteriggione. All very smooth. After a 5am start, we get straight onto our beds for a mellow afternoon snooze. Bliss. What better proof you have escaped your usual cares?

Monteriggione oozes history. It was a northern outpost of Siena for centuries; a hilltop castle-town perched above a fertile bog-plain, surrounded by hills with their farmhouses and defended..... 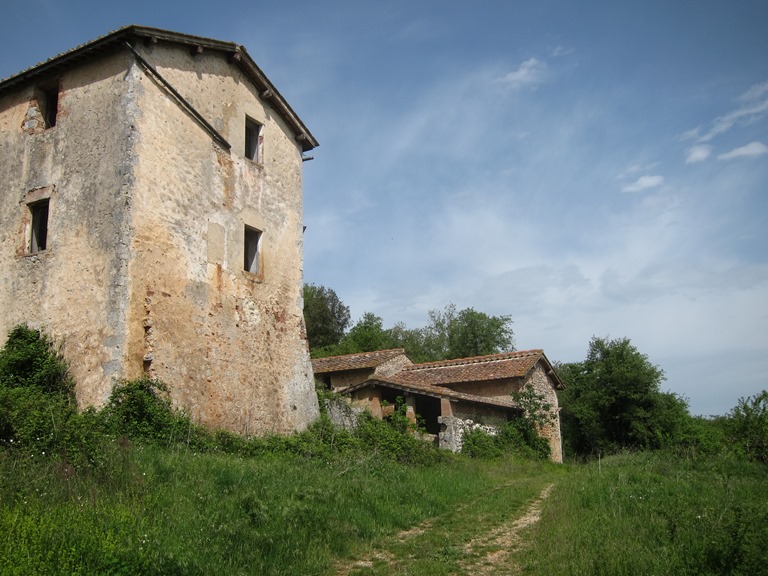 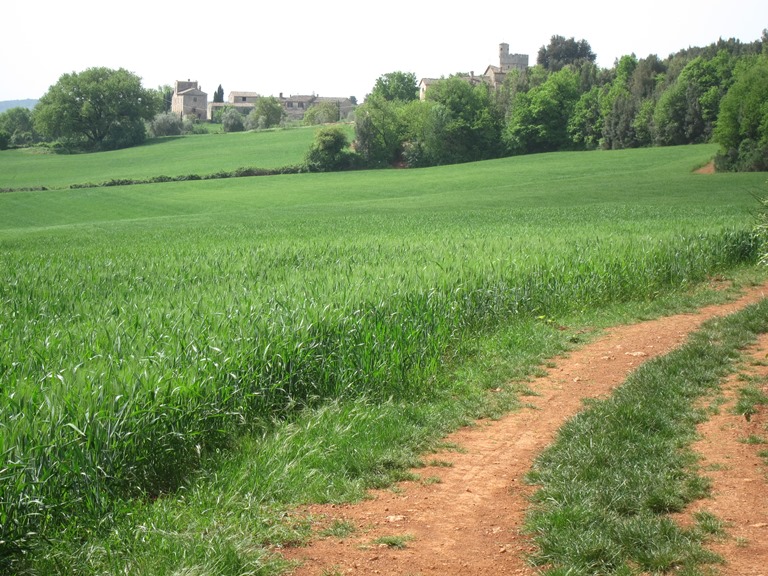 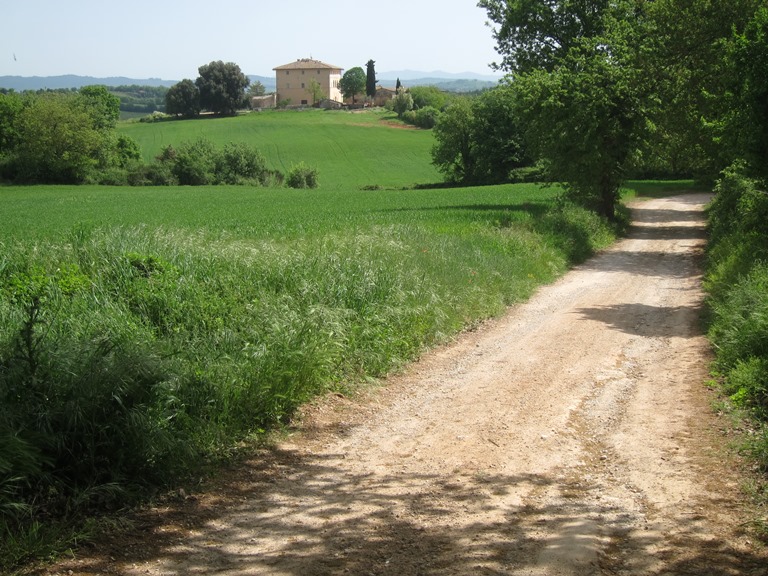