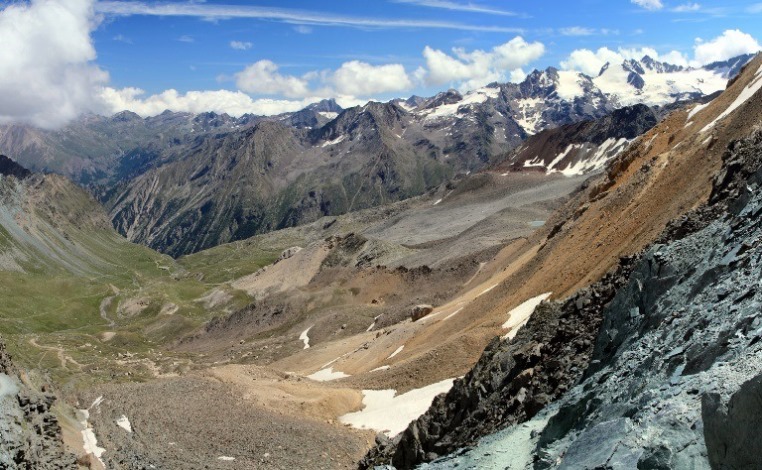 The long distance Alta Via 2 runs hundreds of kilometers from the Gran Paradiso park in the west, to the Dolomites in the east. We are looking at the Gran Paradiso section here, many would agree its finest walking, although Dolomites patriots would argue otherwise.

Cicerone's Gran Paradiso-only Alta Via 2 starts at Chardonney or Courmayer, each terminus some distance outside the national park's dramatic peaks and troughs; we narrow the route down to a high-fidelity Gran Paradiso section, picking it up at Lillaz, 1,617m up, on the very edge of the national park proper.

Lillaz is over halfway through Cicerone's advised Stage 3 (Rifugio Peradza to Cogne), and so using it as a trailhead eats significantly into that itinerary. We advise it as starting point because Lillaz itself is accessible (a roadhead), while Rifugio Peradza is secreted away in alpine highlands. To pad out the first day, then, we suggest taking in the Cicerone-listed Lago di Loie walk first, before joining the Alta Via 2 and completing Stage 3, adding around 6 miles and approximately 5 hours to what would otherwise be a pointless 40-minute wander from Lillaz into Cogne.

The Lago di Loie walk starts off steep, but quickly attains its splendour: big, changing landscapes, panoramic views (even as far as Mont Blanc), lakes, crests, and wandering herds of chamois. What is more, it is circular and thereby eschews any repetition and dullness, taking in an area of huge glacially-smoothed granite slabs and the spectacular Lillaz Waterfalls on its return leg. A beautiful picnic point halfway around is popular ? forgivably so for its position beneath high peaks, amidst sloping banks of wildflowers, and looking across at abandoned mining buildings set eerie-like into high clifftops and alpine shoulders. This path actually rejoins the Alta Via 2 (AV2) naturally, joining its descent into Lillaz: thereafter, it is a pleasant, easy trail into Cogne.

High points on the second day - or first, if you cut out Lillaz/Lago di Loie - are undoubtedly Valnontey, reached through pretty flower-filled meadows (there are fantastic botanical gardens here), and the climb past a waterfall and against a southern backdrop of glaciers, on easy switchbacks and old mule tracks, to Rifugio Vittorio Sella and Lago Lauson nearby.

Day 3 (Cicerone Stage 5) is a challenging, rewarding, breathtaking traverse of Col Lauson: the highest point on this trek, and indeed on the whole AV2. It is also the highest non-glaciated pass in the entire Gran Paradiso National Park. Desolate, scoured, barren, wooded, moonscape; detritus-strewn shoulders and crests; in turn the trails maps all of these, even reaching a false pass before the actual col. Views are afforded to the Torre del Grande San Pietro, away south-east, but you can't help but feel they could offer slightly more. Going down the other side stays treacherous underfoot, but here it at last earns its salt: views open out to the park's eponymous Gran Paradiso peak and the huge Mount Taou Blanc. Slightly easier going, now, past the varied geology of the Grivola, and onwards to the precipitous edge of a glacially-sculpted plateau tipping over into the Valsavarenche. On to Eaux Rousses.

Day 4 begins another traverse; up to the Col di Entrelor. The morning is characterized by broad valleys, sheer valleys, steep pulls and some shallower, contouring climbs. The bleak, bare landscapes around Lac Djouan are spectacular, with views back to Gran Paradiso, the Grivola et al, then another lake (Lac Noir) at 2,650m. Atop the Col, views south this time to Mont Blanc, Cima Percia, Becca Tsambellinaz, and Punta Tsantelynaz, replete with glacier, on the border with France. On the downward slope you pass a small glacier and its larger moraines, spilling onto grass flatlands with abundant wildlife (chamois, marmots). Picturesque buildings, just one or two, begin to encroach; first, the interesting vaulted sheds of Plan de la Feya, then older and larger ones along the lip of the Val di Rhemes. At the head of the valley, the monolithic limestone of the Granta Parei, then the outcrop Castel di Cucco before finally reaching Bruil, 'capital' of Rhemes-Notre-Dame.

This is the other (western: this route has been walked east to west) edge of the Gran Paradiso National Park, although still teeming with wildlife and still substantial in its highland proportions. The scale and drama don't peter out quite yet, but the most thrilling parts of the walk have, you suspect, just been covered. 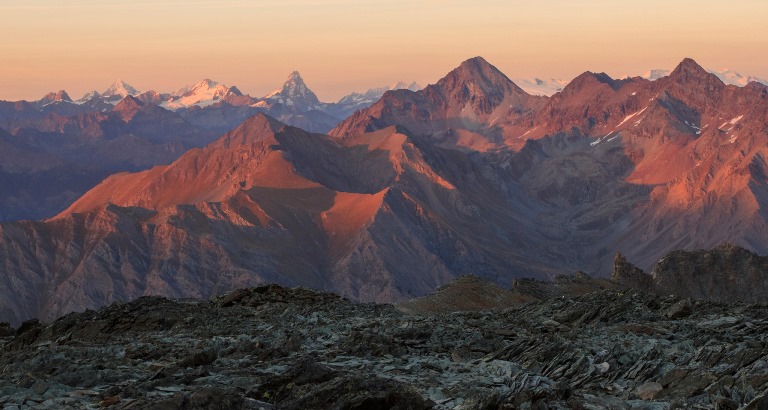 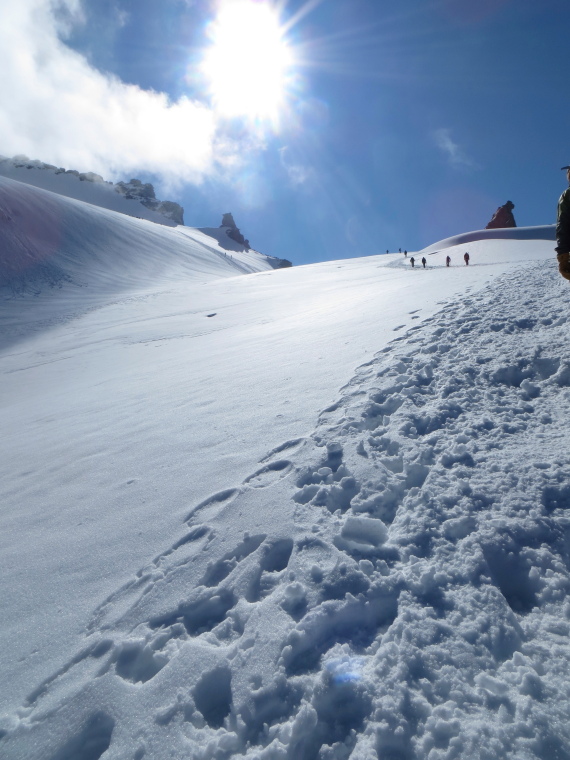 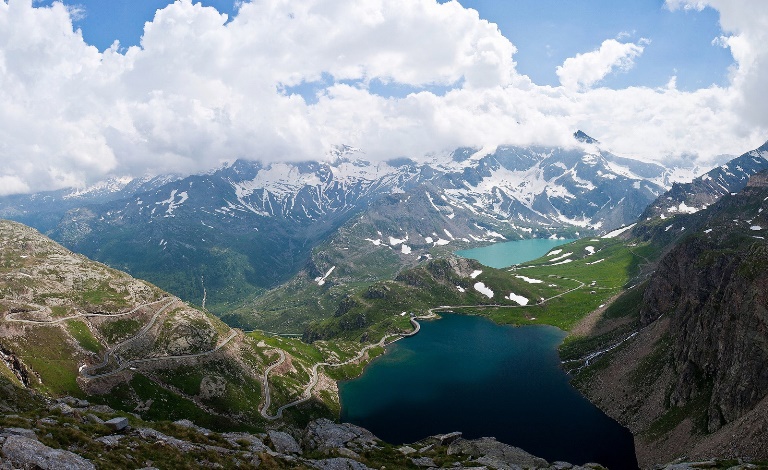