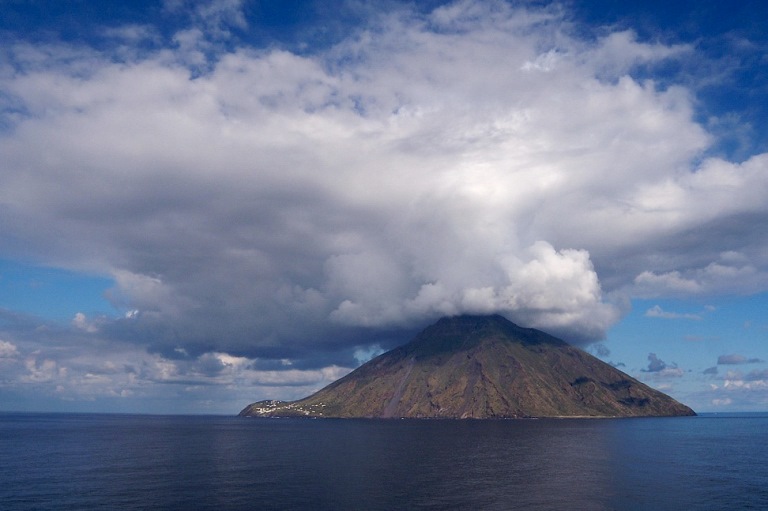 This group of 7 fascinating and beautiful volcanic islands in the Tyrrhenian Sea off Sicily's north-east coast makes for some truly magical walking. They are World Heritage Sites for their “natural, savage, unspoiled environment”.

The islands have been subjects of myth for millennia: the home of the god Vulcan – ascribed with justice given the regular fiery displays at Stromboli – and of Aeolus, God of the winds.

While they range from highly active volcanoes to peaceful, green, hilly backwaters with huge sea and island views from their upper slopes, they share the steep drama, weird formations and black beaches of their fiery origins. All have charming towns to explore and eat in, with an African-Italian-fusion cultural feel. The water is clear.

Access by ferry from Sicily and the mainland. Island-hop between very different locations for marvellously varied joys – this is on Walkopedia’s bucket list.

The main islands are:

Stromboli: this spectacular volcanic island has been continuously erupting for over 2,000 years. Make an evening walk up the volcano’s flanks to see craters spewing extraordinarily “volcanic bombs”. See the sun set over the Tyrrhenian Sea. At the summit, you can view 6 active craters. Guided groups are compulsory. With its towering volcano, black beaches, small population and buildings made of volcanic rock, Stromboli is no average touristy island.

Lipari: the largest and most fertile of the islands, with a host of gorgeous paths to explore, through scented vegetation and small fields behind stone walls, with huge sea views as common backgrounds. The finest views of all are from [594m] Monte St Angelo, roughly at the centre of the archipelago. Walk to San Salvatore on the southern extreme of the island, and back around the western flank of 369m Monte Guardia.

Southerly Vulcano: a different world of bare rocky upper slopes, with the sort-of active 500m (ish – different height ascribed) Gran Cratere looming high above, with a proper crater in the middle – you need to climb it for incredible views. On the northern side is 123m Vulcanello, a 3-cratered little volcano just connected by an isthmus. Further south is the Monte Aria cone.

Salina: excellent walks on this steep and green twin-coned island include along the Monte dei Porre, Monte Rivi and 968m Monte Fossa delle Felci hillsides, for yet more thrillers of views. And woodlands of chestnut, poplar and fern, and birds. Also enjoy the semi–submerged crater at Pollara. A relaxed atmosphere (sleepy little towns) and many lazing options.

Panarea: a small island, but the largest in its broken little archipelago. Gorgeous (some think it the prettiest of all) and claimed to have a Greek feel. And popular in a glitzy, yachty sort of way. Less to write home about walk-wise. 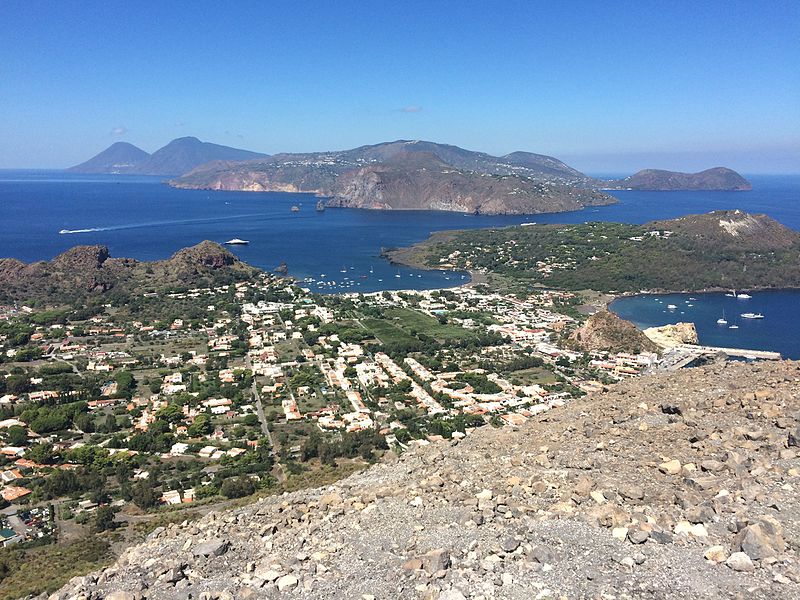 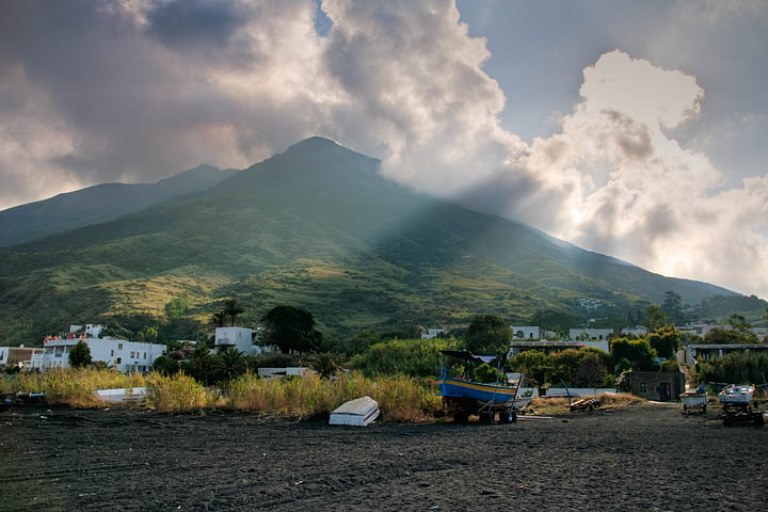 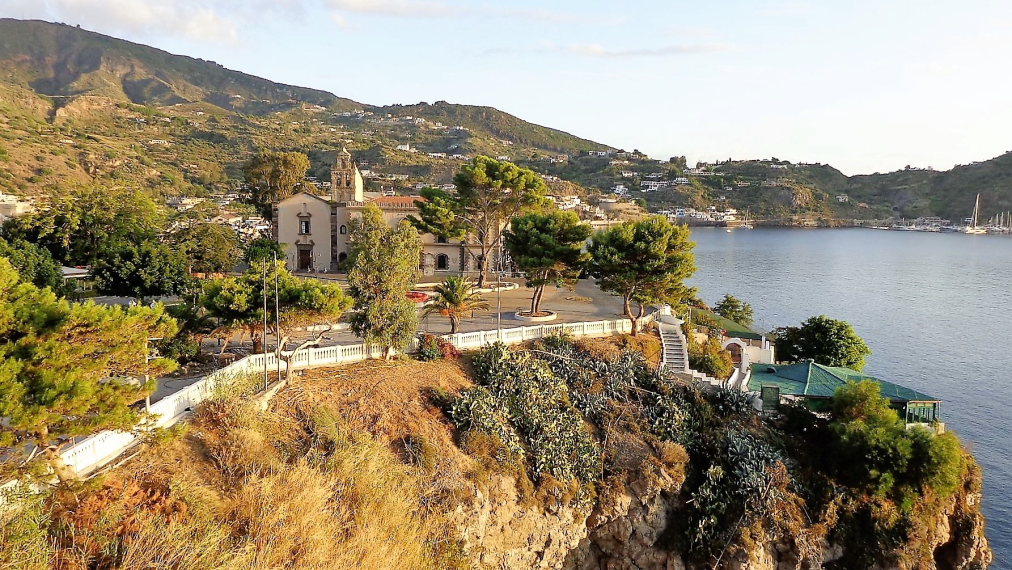