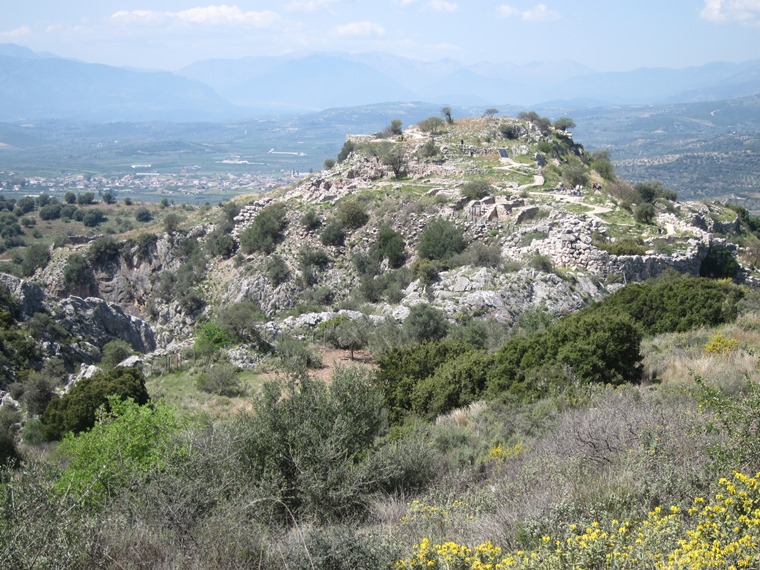 Here is a trail steeped in history: a walk around the base of the crag on which stood the great city of Mycenae, home of Homeric King Agamemnon and city of its little state for some 400 years at a golden period of Greek history; then a steady climb up the valley behind it; at the col with the attractive, olive-studded Prosymni valley, join the remarkable remains of a Mycenaean road, at least 3,200 years old.

The ruins of Mycenae still sit, behind its "cyclopean" walls - built from blocks so large they were believed to have been laid by the one-eyed giants - and the famous Lion Gate, still lording it over the fertile plains which once provided its men and its wealth. It is a fascinating, moving place where you dream of the deeds and tragedies of the house of Atreus: Agamemnon murdered by his wife on his return from Troy, his son Orestes fleeing pursued by the furies after avenging his father's death.

The slopes below are cloaked in peaceful olive and orange groves, through which a small road winds, then climbs up a valley, through olives, rocky pasture and flowering scrub, to the pass to the lovely, wide Prosymni valley.

The Mycenaean hinterland was riddled with strongly built roads and paths, and the one you join here is a fine specimen: retained on its rocky hillside by huge blocks of stone, with drainage culverts and a bridge still extant after 3,200+ years, and wide enough for carts and chariots. It marches through lovely flowering scrub (well, in Spring anyway).

You can retrace your steps or make a slightly longer circuit by dropping downhill and circuiting back to the col on farm tracks.

Recommended and well written up by Inntravel.

[Have a look at TripAdvisor - there are tens of millions of reviews, so you may get good, current views on guides, places to hike and places to stay in the area.] 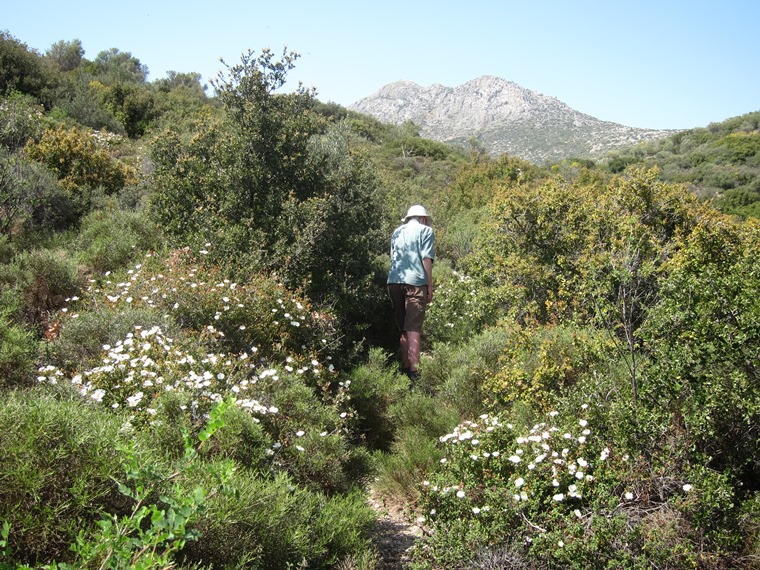 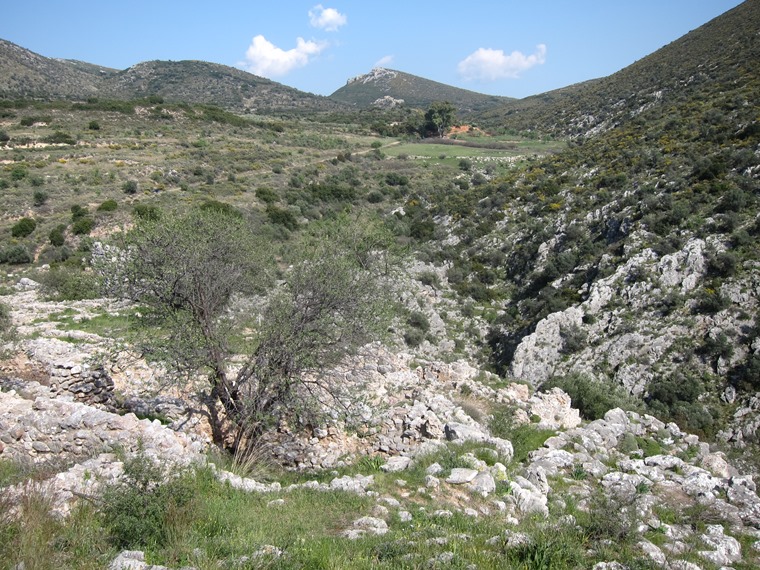 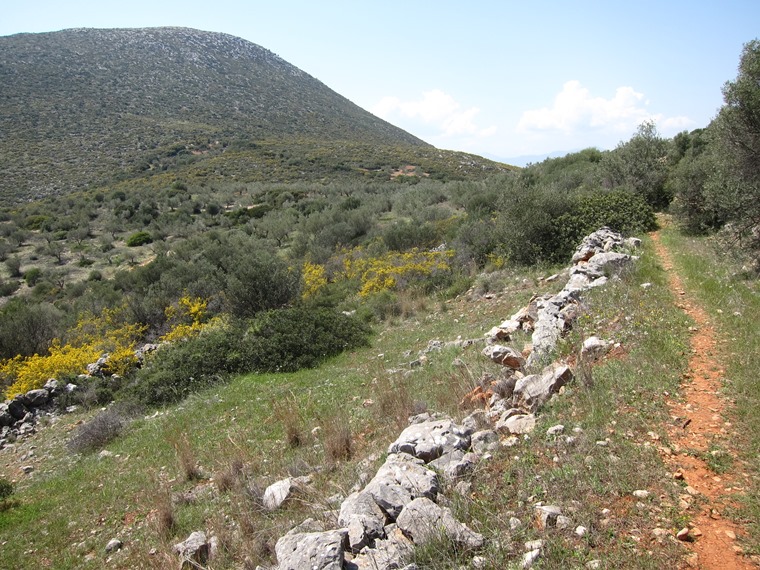